Share All sharing options for: Why Israel and other foreign militaries — not the global poor — get the biggest US aid packages

Almost everything about Israel and Palestine is controversial, but you actually don't hear much in the United States about the American government's direct involvement in the conflict. But after a number of years in which war-related spending pushed Iraq and Afghanistan to the top of the list, in the Fiscal Year 2015 foreign assistance request Israel is returning to its long-time state as America's #1 recipient of aid: 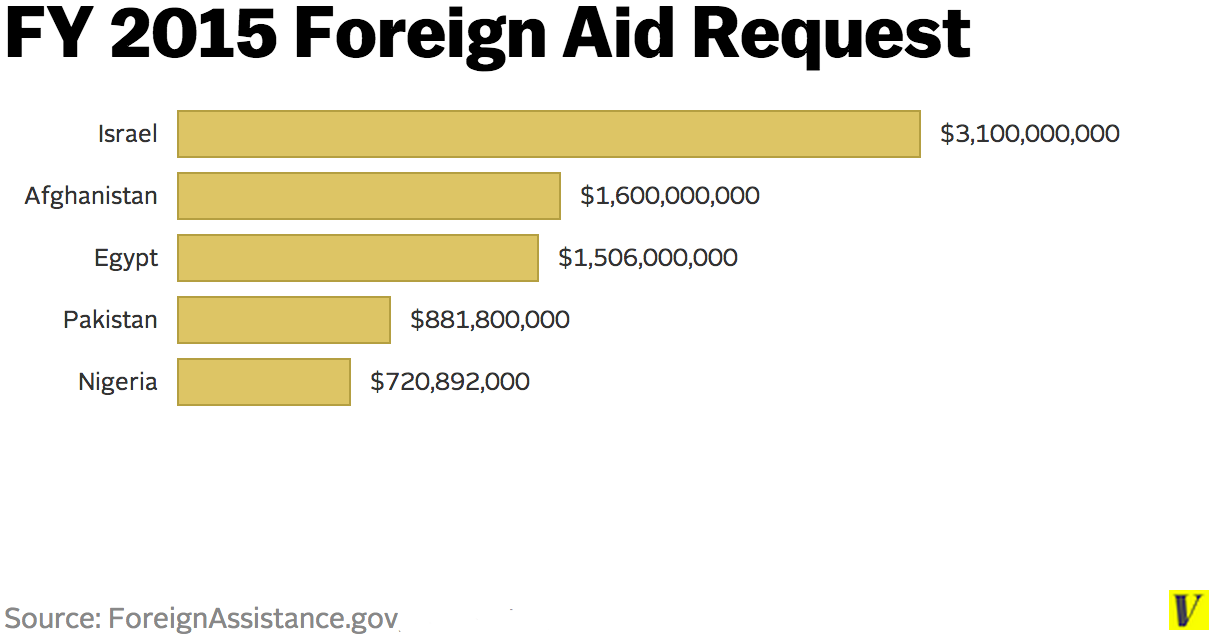 But this somewhat understates things, since many fewer people live in Israel than in Nigeria. In per capita terms, Israel's lead is positively enormous: 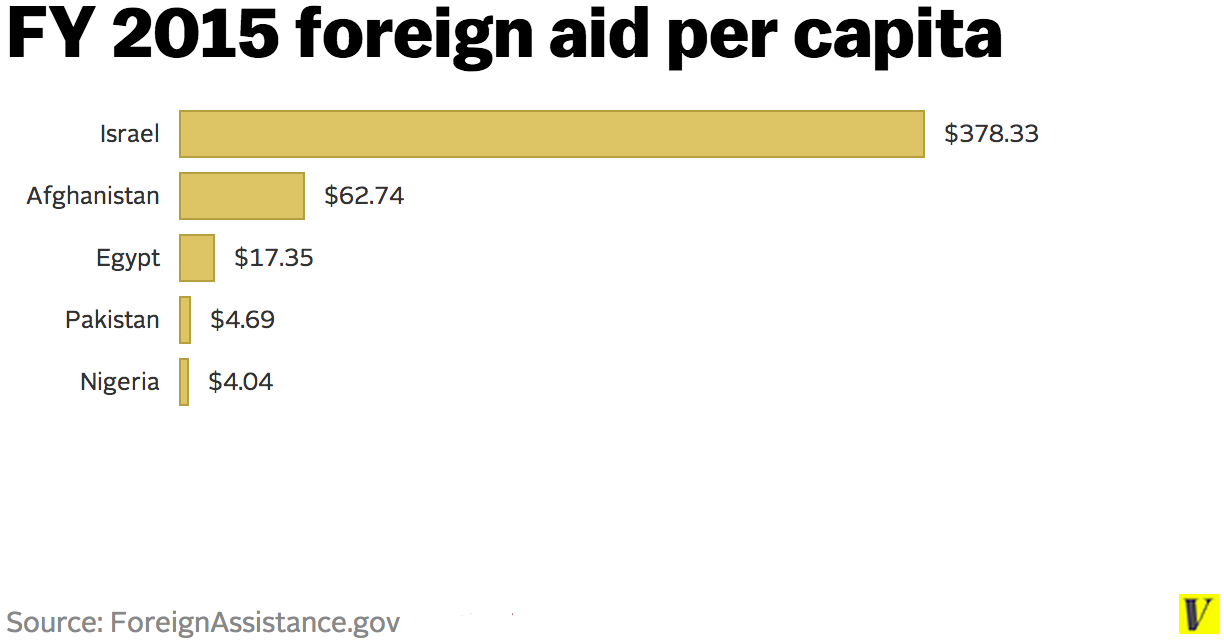 This is particularly striking because compared to those other countries, Israel is quite rich: 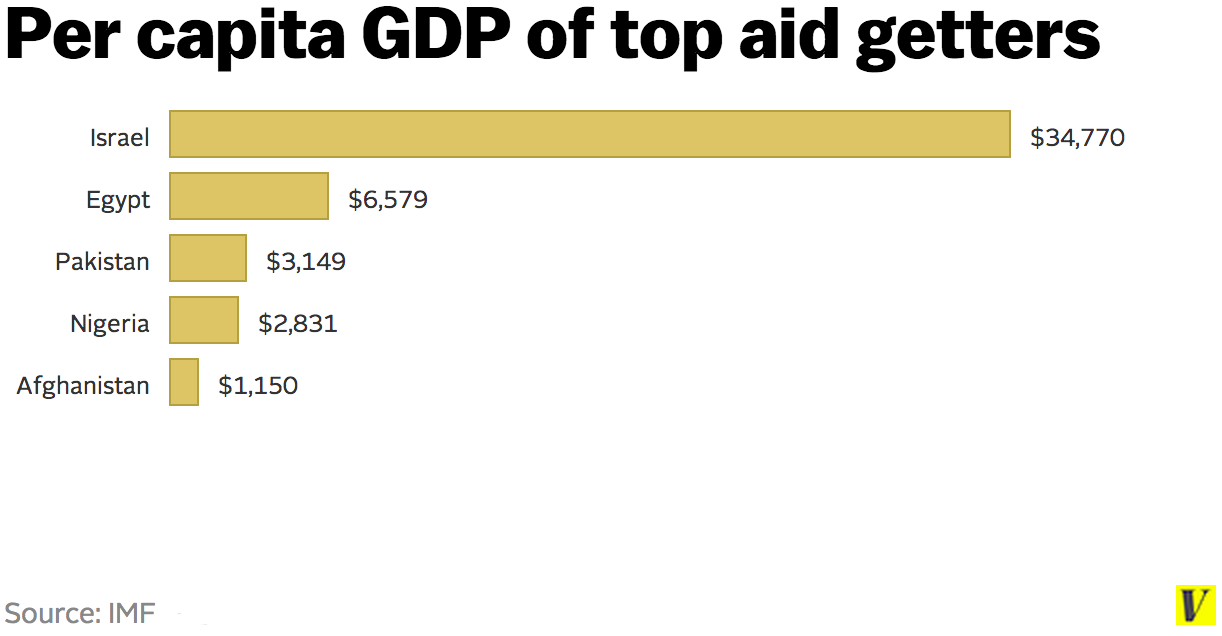 This all tells us something about the conflict, but also a lot about American foreign aid.

Instead, the bulk of the money is spent on buying American military equipment, serving as a kind of indirect subsidy to the military-industrial complex. That's part of how a country like Israel that isn't objectively hard-up for money winds up getting more assistance than anyone else. Israel does have a healthy appetite for advanced military hardware, and it's considered a geopolitically reliable nation that can be trusted with it. So American foreign policy is committed to helping Israel maintain a qualitative military advantage vis-à-vis other Middle Eastern countries. Meanwhile, part of the Carter-era Camp David Accords is a guarantee of a lot of money to the Egyptian military to keep it favorably disposed to a pro-American foreign policy and détente with Israel.