Share All sharing options for: MH17 is the third plane this week shot down over Ukraine under mysterious circumstances

We don't yet know who shot down Malaysian Airlines flight MH17, which went down over eastern Ukraine on Thursday. There's no conclusive evidence so far, but speculation is centering on the pro-Russia rebels who have been operating in the region for the last few months.

It's not hard to see why: they are, after all, anti-government rebels who have been attacking Ukrainian government forces. But it's more than that. Rebels have shot down planes before, although they were all military aircraft. And, very recently, Ukrainian military planes in the area have been getting hit with missiles while flying at high altitudes — which suggests that, as with MH17, whoever was shooting at them had some awfully advanced military technology.

Planes have been shot down with increasing frequency over eastern Ukraine 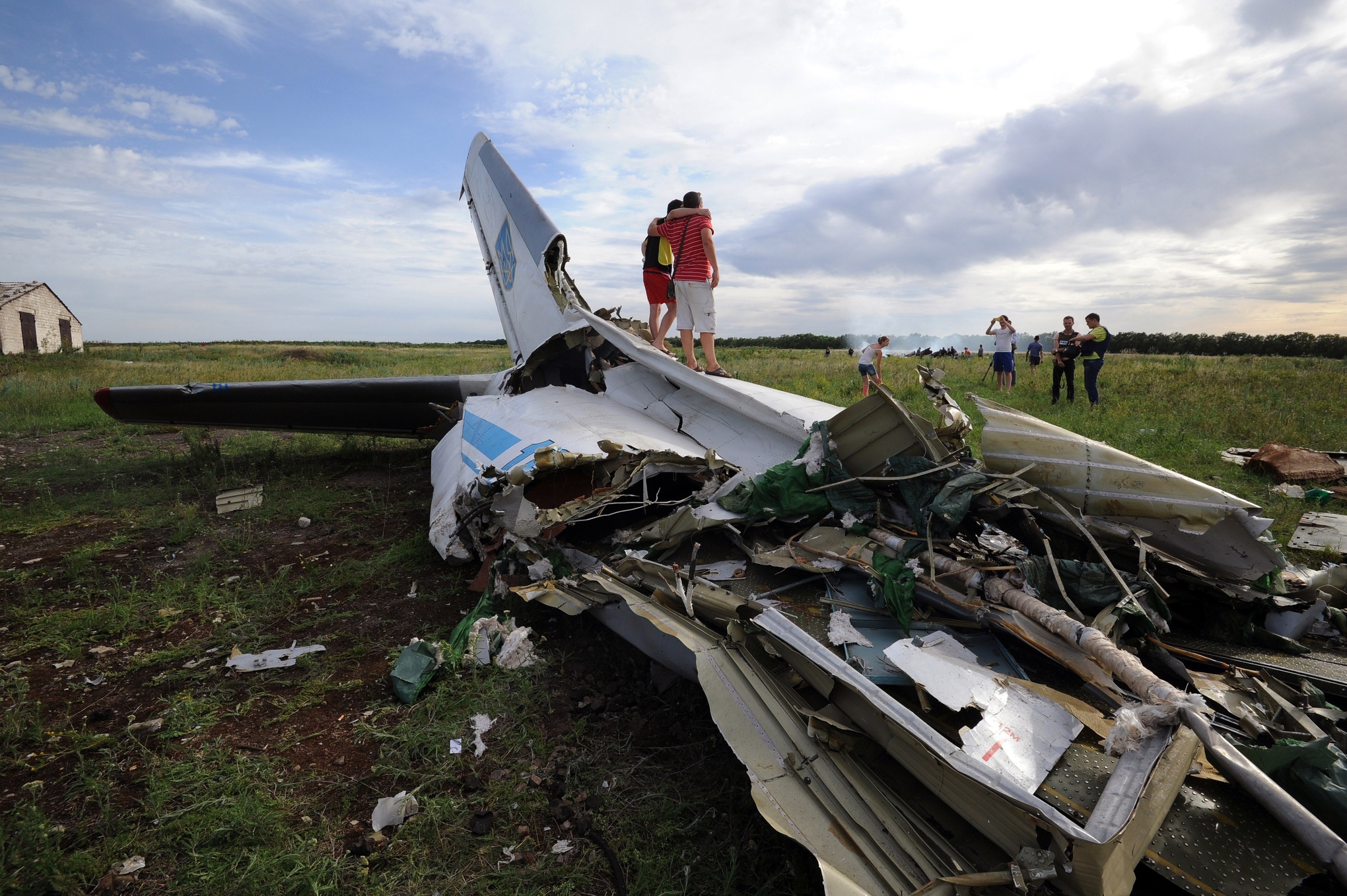 Four Ukrainian military planes have been shot down since June. Two of those incidents appear to have almost certainly have been caused by rebels, apparently demonstrating that they have the ability and willingness to shoot down a plane. But the other two were shot down at a high altitude, like the MH17 flight was, and it's not nearly as clear who was responsible.

On June 6, rebels shot down an Ukrainian Air Force Antonov AN-30 surveillance plane — a medium-size, two-propeller military craft that's typically Russian-made. This was near Slavyansk, in eastern Ukraine. Ten days later, on June 16, rebels shot down a big Ukrainian Air Force transport plane, an Il-76, killing all 49 people on board. An Il-76 is much larger than an AN-30 and has four jet engines, more the size of the Boeing 777 that was downed on Thursday.

There's a "but" that makes these two cases very distinct from MH17, though — the AN-30 and ILl-6 were shot down by MANPADS, which stands for man-portable air-defense systems, a small missile launcher you carry on your shoulder. It can only fire to an altitude of about 11,500 feet, but MH17 was flying at 33,000 feet. That's way, way outside of the range of shoulder-fired MANPADS missiles.

That's why, at first, people were wondering if rebels even had the capability to shoot down a high-flying commercial airliner like MH17. But there was another incident just on Monday, July 14, that did not get very much attention at the time. That day, over eastern Ukraine, an Antonov AN-26 Ukrainian military transport plane was hit by a missile while flying over eastern Ukraine — at 21,000 feet altitude. That's far beyond the range of a shoulder-fired system like the MANPADS. 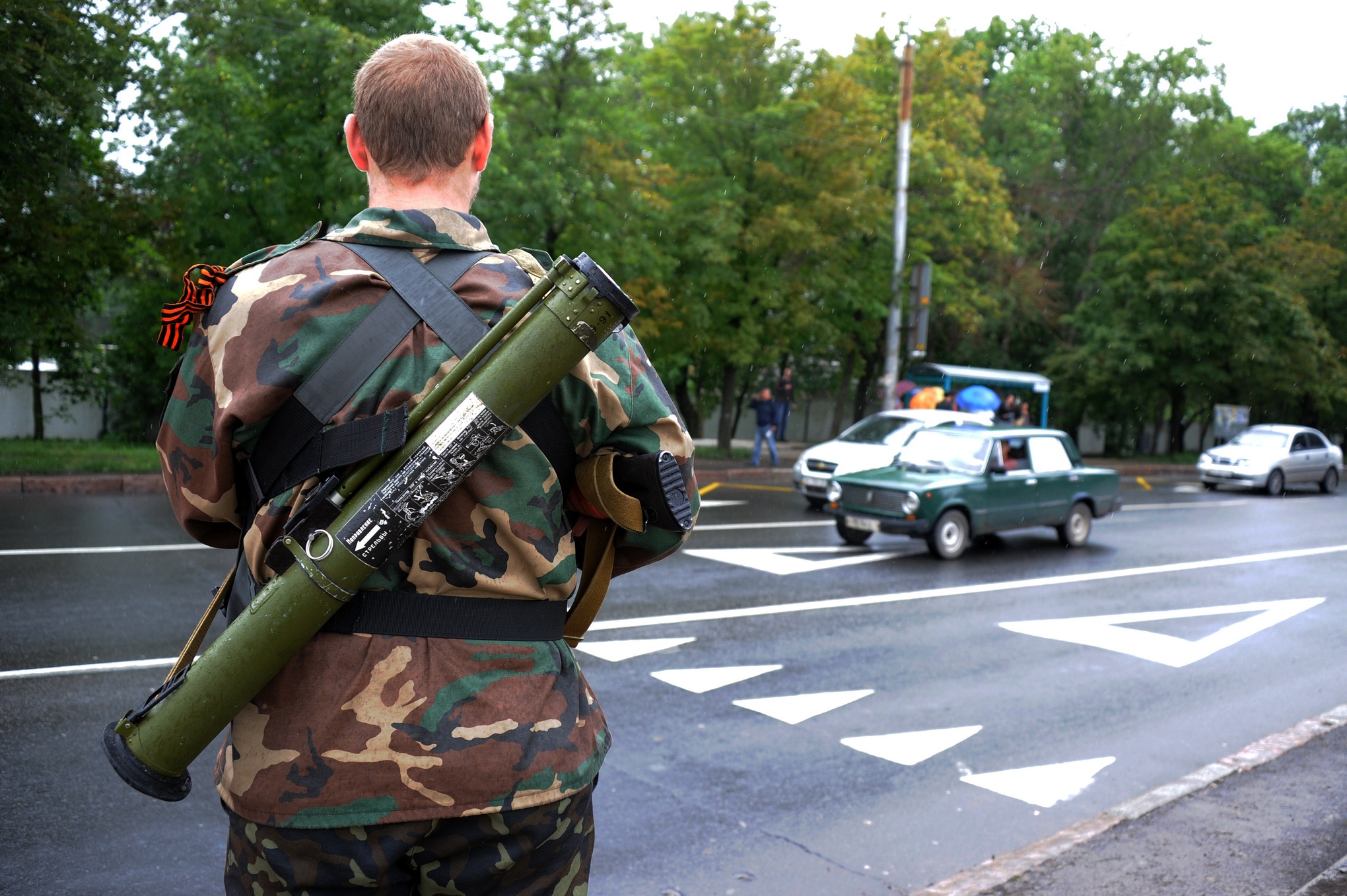 The Ukrainian government didn't blame the ragtag separatist rebels for Monday's shoot-down, though: it suggested that the missile had possibly been fired from Russia, which borders eastern Ukraine. Ukrainian rebels took credit, though, and Ukraine has not presented public evidence pinning the shoot-down on Russian forces.

The BBC's David Stern wrote at the time, "The accusation that Russian forces shot down a Ukrainian transport plane is potentially a game changer. If Russia is indeed targeting Ukrainian aeroplanes from inside its territory, it is an act of aggression of the highest order." Still, Stern acknowledged, "For the Ukrainians not to respond would raise the suspicion that their charge is false — or demonstrate that the Ukrainian military is completely powerless."

Ukraine's lack of a stronger response or presentation of evidence blaming Russia may explain why the Monday shoot-down got comparatively little attention. On the one hand, Russia does have thousands of troops — as many as 12,000 — amassed along its border with eastern Ukraine, and Moscow has actively backed the eastern Ukrainian rebels. On the other hand, firing missiles at Ukrainian aircraft across the border would be a remarkably provocative move, even for Russia.

Then, on Wednesday, a Ukrainian Sukhoi SU-25 fighter jet was shot down over eastern Ukraine, and the Ukrainian government did not at all equivocate in blaming Russia. "A Russian Federation armed forces plane delivered a missile strike at a Ukraine armed forces Su-25 jet which was carrying out tasks over the territory of Ukraine," Ukrainian government official Andrey Lysenko announced at a press conference. 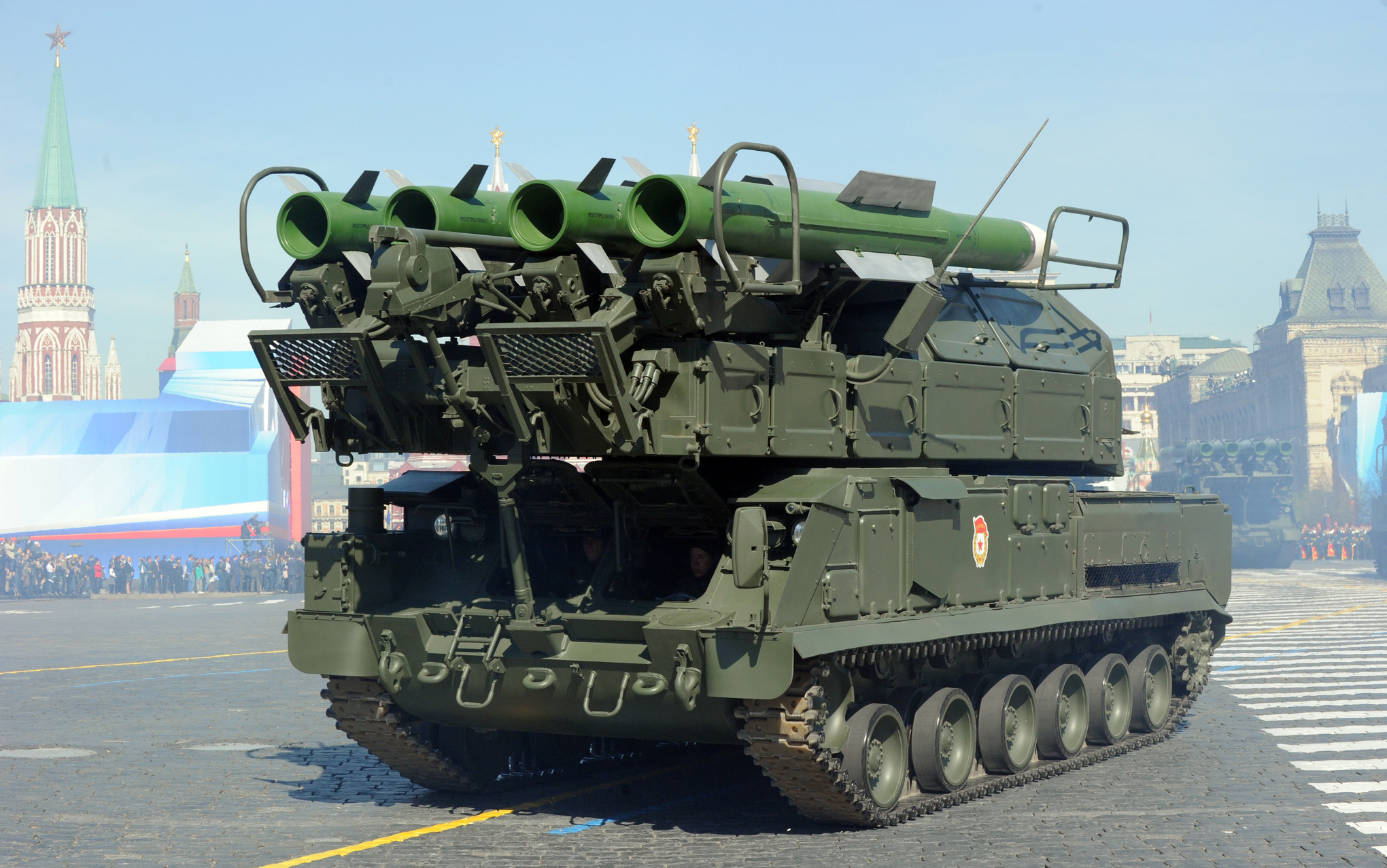 The first few planes shot down over eastern Ukraine were all shot down at low altitude, and apparently by rebels carrying shoulder-mounted MANPADS. While tragic, this was not shocking: eastern Ukraine is an open conflict zone, the rebels are firing at every Ukrainian military target they can find, and MANPADS are basic enough for ragtag irregulars like the eastern Ukrainian rebels to operate.

But the technology of shooting down a high-altitude plane such as MH17, or the high-altitude Ukrainian military aircraft shot down earlier in the week, is much more complex. Analysts are saying the most likely tool is the Buk surface-to-air missile system, typically Russian-made but also used by the Ukrainian military. The Buk system has an altitude range of about 50,000 feet, but it is much more complicated than a shoulder-fired missile. That may be why US officials are now saying they believe the plane was likely shot down by an SA-11 system, which is the American designation for the Buk. 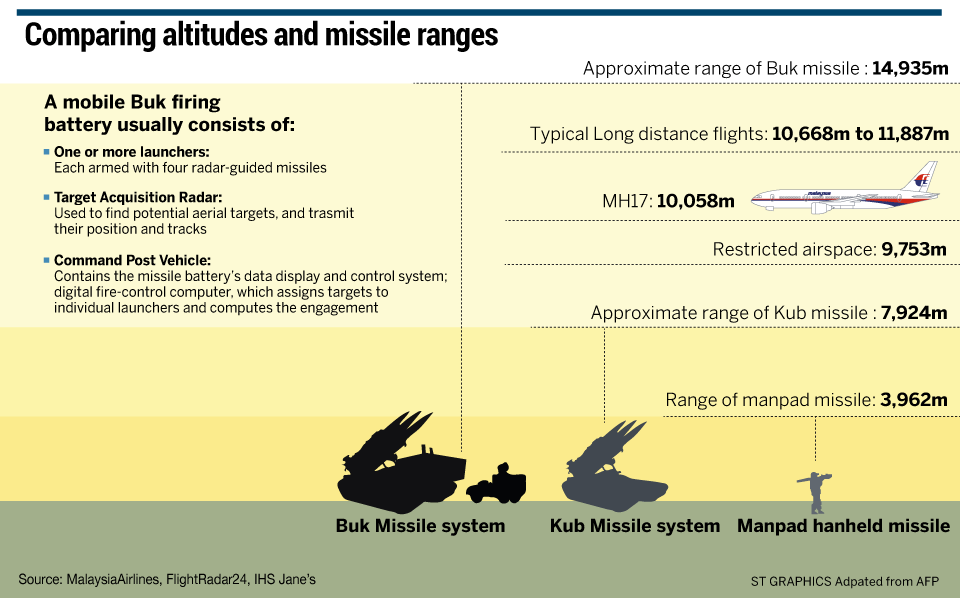 The Buk surface-to-air missile system is a "sophisticated system requiring a whole suite of radar and command vehicles," according to the US embassy in Kiev. In other words, this isn't some shoulder-fired missile in the style of ragtag militias — it's a system that requires several people with real training and resources to coordinate across multiple complex, vehicle-based systems. Typically, firing a Buk takes three vehicles — the launcher itself, a commander vehicle, and a radar vehicle — though some analysts say it is possible for a one-vehicle launcher to operate on its own.

That would seem to significantly narrow down who could be responsible

Even with a week or two of Russian military training, it's very hard to imagine a bunch of Ukrainian volunteer rebels wandering onto this system and knowing how to use it properly.

It is true that Ukrainian rebels appeared to possess the system, likely seized from the Ukrainian military. The rebels had previously claimed to have a Buk system, according to a June 29 report sourced to the rebel Donetsk People's Republic press service. But that does not mean they knew how to use it.

is it possible the ukrainian government was right in blaming russian forces?

This all suggests that whoever shot down the other planes this week, at least one of which was flying at a high altitude beyond MANPADS range, either were formal military forces or had intensive training from a formal military on surface-to-air missile systems.

That would seem to narrow down the list of suspects pretty significantly. Maybe it was Ukrainian military forces with that training who had defected to the rebels. Maybe it was Ukrainian rebels who had received extensive Russian training on the Buk systems, which would raise the question of why Russia would give this training and what that would mean for Moscow's complicity in the attack. Or maybe the Ukrainian government was right about the first two attacks coming from formal Russian military ground or air forces.

In any of these possible scenarios, it seems most likely that whoever fired on MH17 probably thought they were shooting at another Ukrainian military plane, not realizing it was a civilian airliner. And there is, as yet, no conclusive evidence pointing to Ukrainian rebels gone rogue, Ukrainian rebels backed by Russia, Russian military forces themselves, or anyone else. Still, it's hard to imagine any way the investigation into MH17's downing that would not end with a significant escalation of the Ukraine crisis, which was already severe before Thursday's tragedy.