How to feed 3 billion extra people — without trashing the planet

Share All sharing options for: How to feed 3 billion extra people — without trashing the planet

One of the daunting challenges of the coming century will be figuring out how to grow enough food for everyone on the planet. And all without destroying the planet.

That's harder than it sounds. The global population is expected to swell from 7 billion today to 9.6 billion in 2050. On top of that, countries like China and India are getting richer and eating more meat — a particularly resource-intensive type of food.

Then there's the environment to consider. Farms have become a major source of nitrogen pollution. Around the world, freshwater aquifers are dwindling. And, perhaps most crucially, countries like Brazil are trying to cut back on deforestation — which in turn makes it harder to find new cropland.

That means the world's farmers will somehow have to squeeze vastly more productivity out of existing farmland and reduce their environmental footprint. So far, they're not on track: one recent study suggested that crop yields haven't been rising fast enough to meet future food demands.

So how can countries change this? That's the subject of a new study in Science, led by Paul West of the University of Minnesota's Institute on the Environment. The authors identify just a few improvements to farms in a handful of countries that could help feed billions more.

"We were surprised that changes in just a few countries — and to a few crops — could make such a big difference," West says.

How to boost global food production — in four steps

The paper identifies four broad, technologically feasible changes that could massively improve global food security — and provide enough new calories to meet the basic needs for up to 3 billion people:

Narrowing this "yield gap" by 50 percent is well with the realm of technological possibility. In many cases, it simply involves using more or better fertilizer. Yet many countries, including those in Africa and the former Soviet bloc, haven't made these investments — either due to economics or poor institutions (or both).

Narrowing this yield gap could help meet the calorie needs of an additional 850 million people — without the need for more farmland. About half the gains come from a relatively small slice of farms, shown in dark green here: 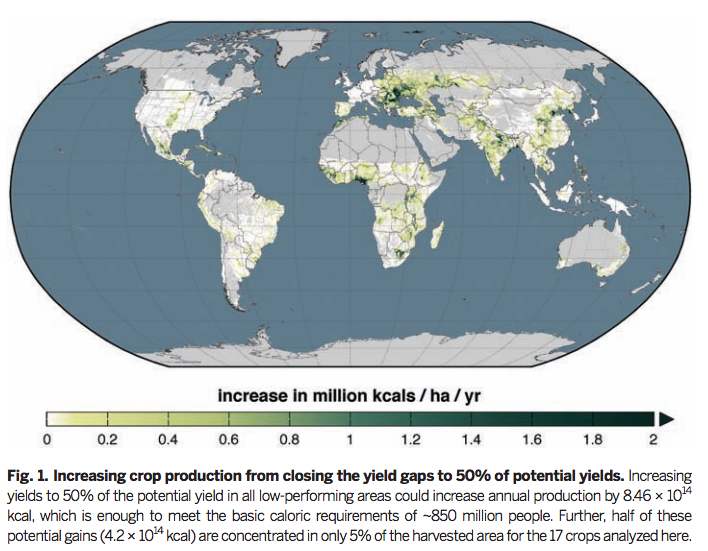 2) Grow certain crops more efficiently — particularly in China and India. The study also identified a few big areas where crops could be grown in a much more sustainable manner.

China, India, and the US alone are responsible for 66% of excess nitrogen and phosphorus use

For instance, countries like China, India, and the United States tend to use far more phosphorous and nitrogen to grow crops than they actually need to — particularly when growing rice, wheat, and corn. These three countries are responsible for up to 66 percent of all wasteful nitrogen and phosphorus use, which is also a major source of runoff and water pollution.

What's more, the study identified a number of places in, say, China and India, where water use seems to be particularly inefficient. Bringing these areas in line with more efficient practices elsewhere could reduce global water consumption by 8 to 15 percent — without harming food production.

3) Not wasting the food we do grow. By some estimates, the world wastes between 30 and 50 percent of the food it actually grows. A lot of this waste is perfectly avoidable — and cutting back would help feed the world.

A few examples: At least 40 percent of fruits and vegetables grown in India go bad before being sold due to a lack of refrigeration or poor roads. Pakistan loses about 16 percent of the grain it stores because poor infrastructure leads to rodent infestations. And even in the United States, many vegetables are rejected in the fields simply because they look unsightly.

The Science study finds that simply curbing consumer waste of meats and vegetables in the United States, China, and India alone could help feed an additional 413 million people a year.

What's more, an increasing portion of cropland is currently being used to grow biofuels like ethanol, particularly in the United States and Europe. That, too, makes a difference.

If all existing cropland devoted to animal feed and biofuels were converted to crops meant for direct human consumption, we'd be able to grow food for an extra 4 billion people. Obviously that's not simple to do, but it gives some sense of the scale here.

Taken together, the four above steps wouldn't necessarily ensure that the world could grow enough food sustainably to feed everyone adequately. But they'd certainly represent a massive improvement. 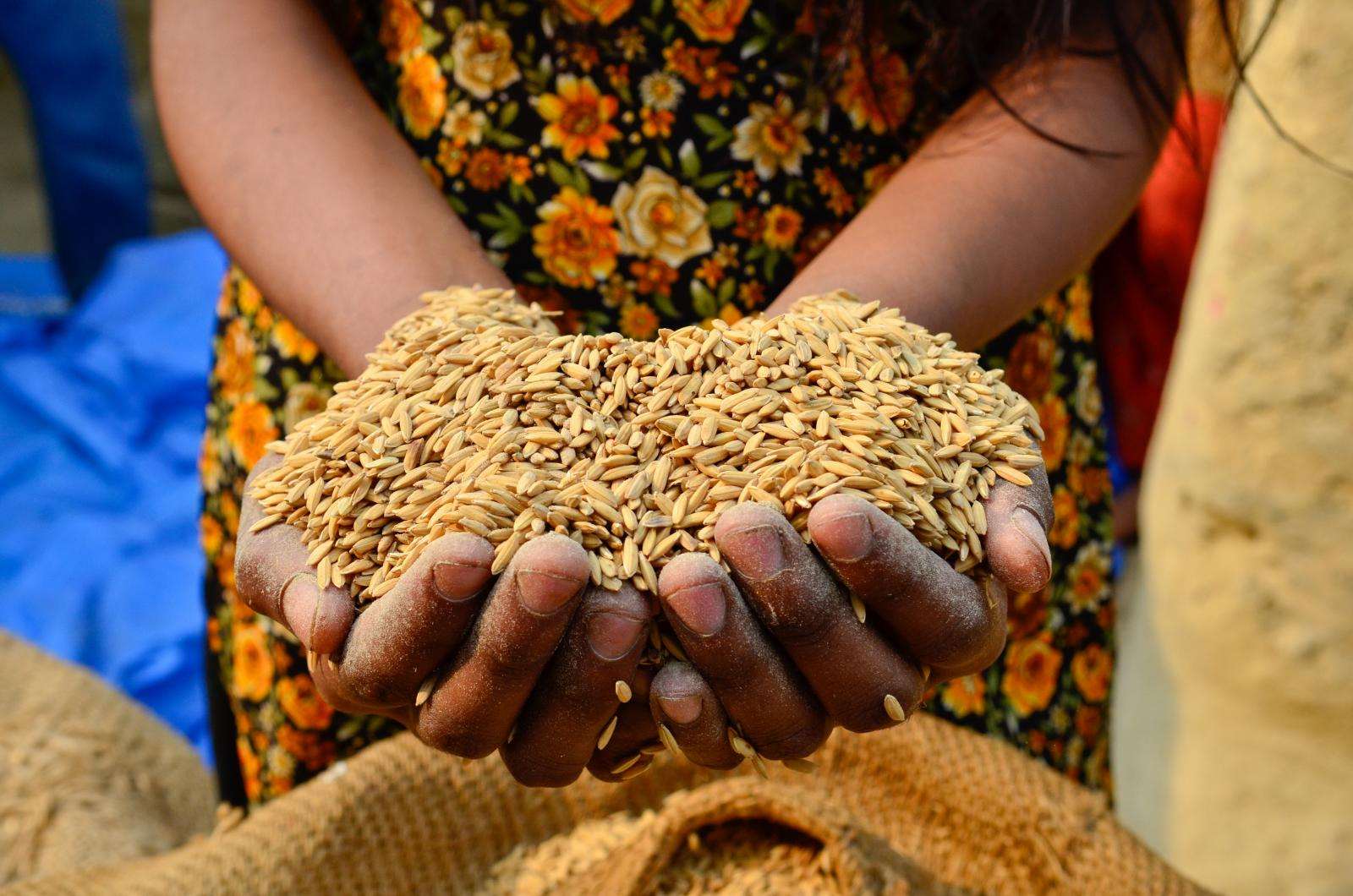 West says that one of his next phases of research will look at how climate change could potentially complicate the task of feeding the world sustainably. Rising temperatures could, for instance, change which particularly countries and regions are the most promising for closing the "yield gap."

Climate change could put a further dent in crop yields

The Intergovernmental Panel on Climate Change concluded that extreme heat waves could hurt crop yields in the decades ahead, outweighing the benefits of warmer temperatures. And if climate change brings more frequent droughts — as some researchers expect — that would further hurt yields. Australia's wheat yields, for one, have stagnated in recent years thanks to an extended dry period.

But the study also notes ways to reduce the climate impact of agriculture itself. Improving yields on farmland can help reduce deforestation — as Brazil has found in recent years. The paper also identifies areas to reduce nitrous oxide emissions from farms, another potent greenhouse gas, particularly in China, the United States, and India.