Share All sharing options for: MH17 death toll increased to 298 — 3 infants were on board

The death toll from MH17 has now been increased to 298 — because there were three infants on board who weren't previously counted, according to a statement from Malaysian Airlines.

One of the babies was from Indonesia and two from Malaysia, according to the statement. The dead include 283 passengers and 15 crew members.

Here's the latest breakdown from the airlines, including nationalities: 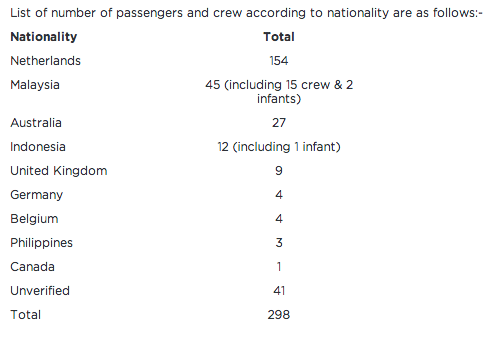