Share All sharing options for: 7 times militaries have shot down civilian planes

US intelligence reports that Malaysia Airlines Flight 17 was shot down, making it one of the highest-casualty airliner shoot-downs in the history of aviation. But it's hardly the first. Events like this — though usually much smaller in scale — have occurred about two dozen times. Many instances were part of ongoing wars, such as Nazi Germany's shoot-down of a British Overseas Airways Corporation flight from Lisbon to London in 1943, or Zimbabwean rebels' shoot-downs of two Air Rhodesia flights in 1978 and 1979.

But in those cases, the countries involved were at war with each other. In contrast, Flight 17 was going from Amsterdam to Kuala Lumpur, and neither the Netherlands nor Malaysia have much of any involvement in the Ukrainian civil war. And the death toll — there were 295 crew and passengers, and, to the best of our knowledge, no survivors — is extremely high.

With that in mind, here are seven previous airliner shoot-downs that could provide some clue as to what the consequences of the crash will be. The list is hardly comprehensive but gives a sense of how these situations are handled. 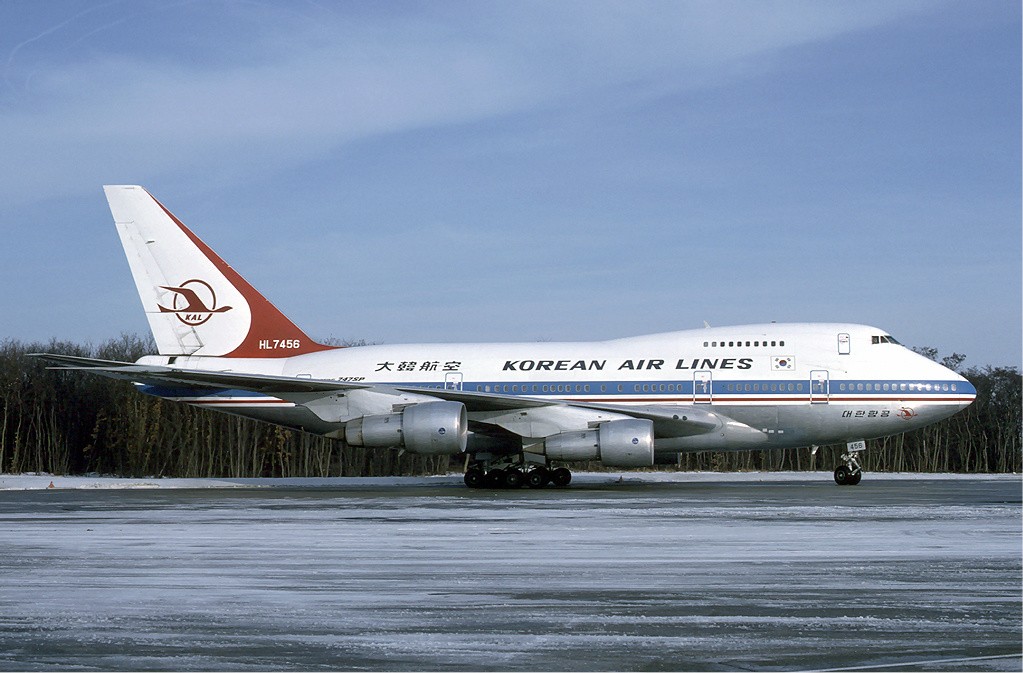 Also known as "that time the Soviet Union killed a sitting US Congressman." KAL007 was shot down by a Soviet fighter plane on September 1, 1983, killing all 269 passengers and crew, including Larry McDonald, a Congressman from Georgia then in his fourth term. An ardent anti-Communist and believer in various conspiracy theories about the Rockefellers, the Trilateral Commission, and the Council on Foreign Relations plotting to bring about a socialist world government, McDonald also was president of the John Birch Society, the ultra-right-wing conspiracist group.

The fact that the crash killed McDonald would fit perfectly into his particular set of conspiracy theories, but there's no evidence that what happened was more complicated than KAL007 entering Soviet airspace and being shot down as an intruder. This International Civil Aviation Organization report from 1993, incorporating documents released by Russian president Boris Yeltsin that Soviet leaders had previously withheld, summarizes what we know well, and finds Soviet personnel appearing baffled and concerned by the presence of an unknown aircraft, rather than determined to strike intentionally, though their decision to strike without attempting to establish contact with the plane was reckless.

The direct response to the attack — and subsequent Soviet attempt at a cover-up — was largely rhetorical. President Reagan condemned the shoot-down as a "crime against humanity" which "must never be forgotten." The US responded to Soviet intransigence by releasing substantial amounts of classified material to back up the charge that the Soviets (accidentally or not) shot the plane down. An unintended side effect of that was to weaken the US's ability to monitor Soviet communications through Japan "According to various unnamed Japanese officials, changes made in the Soviet codes and frequencies following the American disclosures reduced the effectiveness of Japanese monitoring by 60 percent," David M. Johnson noted in a write-up on the intelligence losses for Harvard and the Center for Information Policy Research.

The shoot-down led to the expansion of the Global Positioning System to civilians, which Reagan announced in the wake of the shoot-down. It would have been harder for the KAL pilots to drift into Soviet airspace with satellite navigation technology. 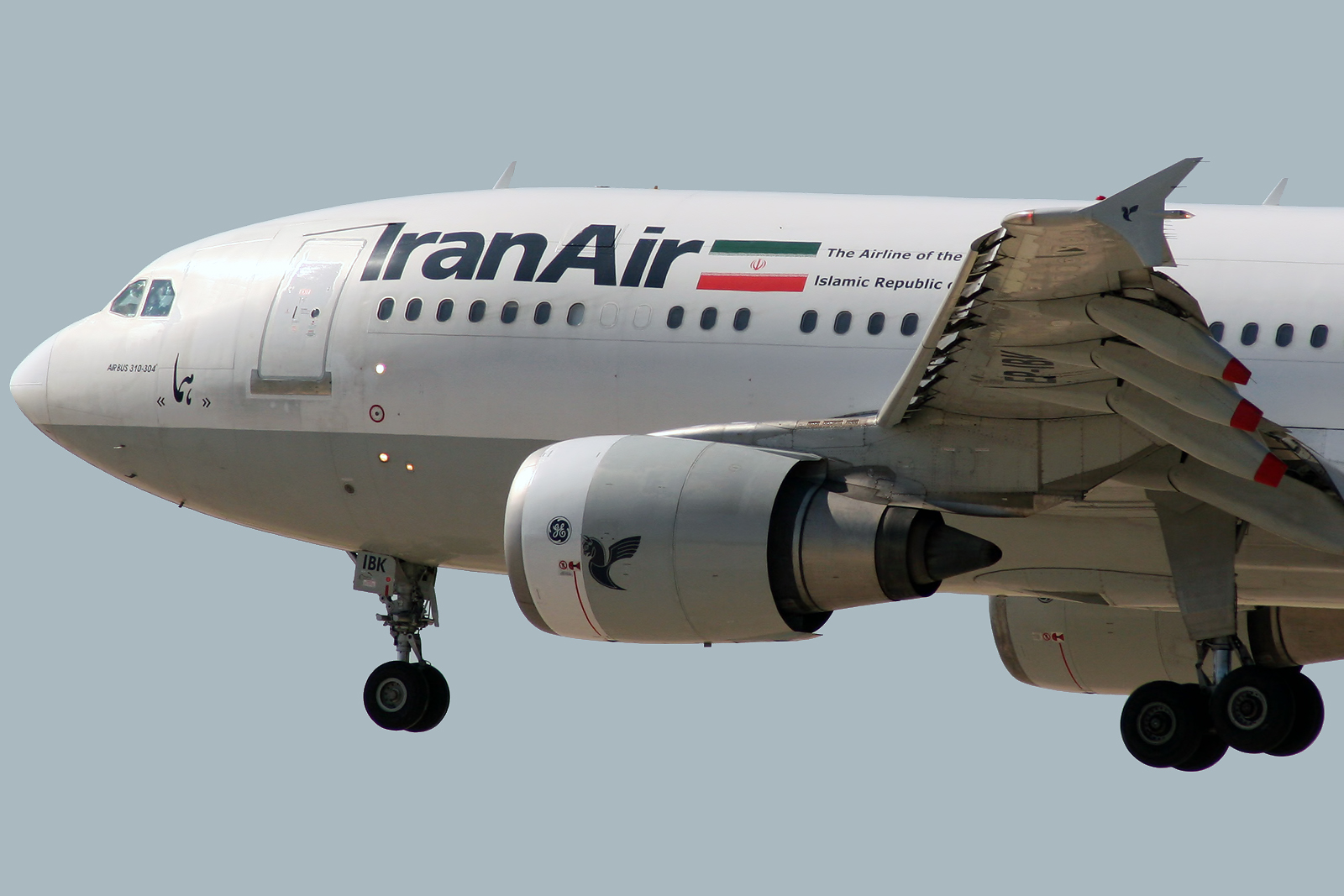 Though the Soviets did it first, the US also once accidentally downed a civilian airliner carrying about 300 people on it. On July 3, 1988, as the Iran-Iraq war was winding down, US and Iranian ships were involved in some skirmishes in the Persian Gulf. An Airbus A300 took off from a nearby airport, one which was used for both military and civilian purposes. An American cruiser, the USS Vincennes, mistook the plane for an F-14, an American fighter plane that we had sold to Iran before the 1979 revolution, and launched two missiles, downing the plane and killing everyone on board.

President Reagan called the event a "terrible human tragedy," and stated "we deeply regret any loss of life." Iran's UN ambassador condemned the action as ''criminal act,'' an ''atrocity'' and a ''massacre," while the US insisted it was a misunderstanding. Then-Vice President George H.W. Bush called the idea the US would have shot down the plane deliberately "offensive and absurd," and argued that allowing passenger flights out of an airport as a naval battle was underway was irresponsible of the Iranians. "They allowed a civilian aircraft loaded with passengers to proceed on a path over a warship engaged in battle,'' Bush said. ''That was irresponsible and a tragic error.''

Iran sued the United States in the International Court of Justice, and the American government eventually agreed in 1996 to pay $61.8 million ($93.7 million today) to the families of victims; notably, that amount was 1/30th of the compensation the US secured from Libya for victims of the Lockerbie plane bombing that same year. The US government has never apologized for shooting down the plane, beyond Reagan's initial statement, and Max Fisher has noted the event contributes to Iranian mistrust of American intentions to this day. 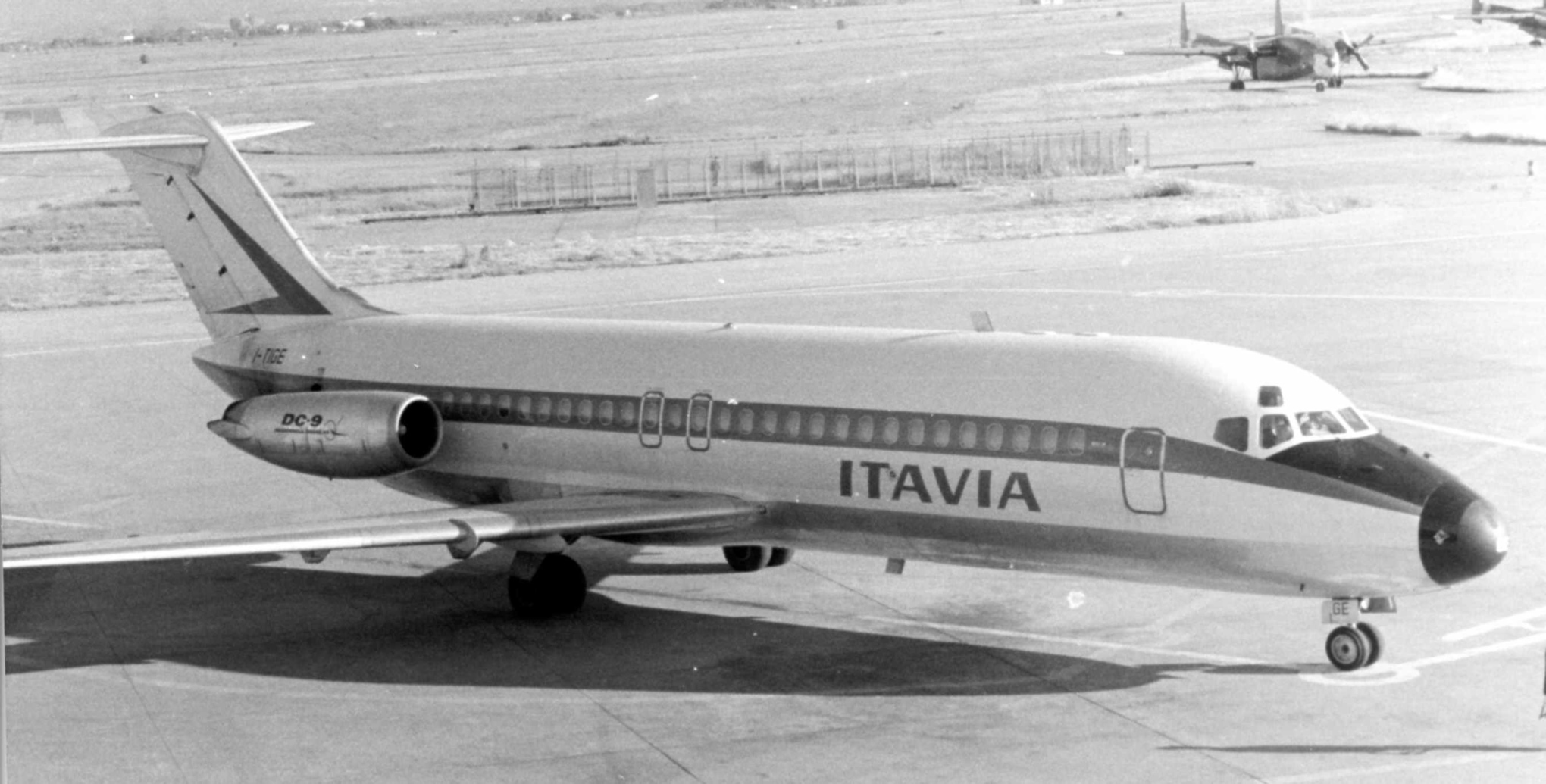 An Itavia DC-9, similar to the one shot down. (Piergiuliano Chesi)

This is a case where we still don't really know the true story. On June 27, 1980, an Itavia Airlines flight from Bologna to Palermo with 81 passengers and crew crashed in the Tyrhennian Sea, near Sicily. The New York Times' Elisabetta Povoledo reports that the "most widely accepted theory behind the crash" — for which an Italian court last year said there was "abundantly" clear evidence" — was that a stray missile from an aircraft hit the plane, but any information about which country's aircraft it was, or why, is still very much up in the air.

An Italian judge, Rosario Priore, presented the theory that there was a NATO plot to shoot down a plane carrying Libyan dictator Muammar Gaddafi, and the Itavia jet got caught up in that operation. He presented radar evidence suggesting the presence of US, French, Libyan, and British military operations near to where the plane crashed. Francesco Cossiga, the prime minister at the time, said decades later that the plane was shot down by French military personnel. But neither his nor Priore's claims have been proven. 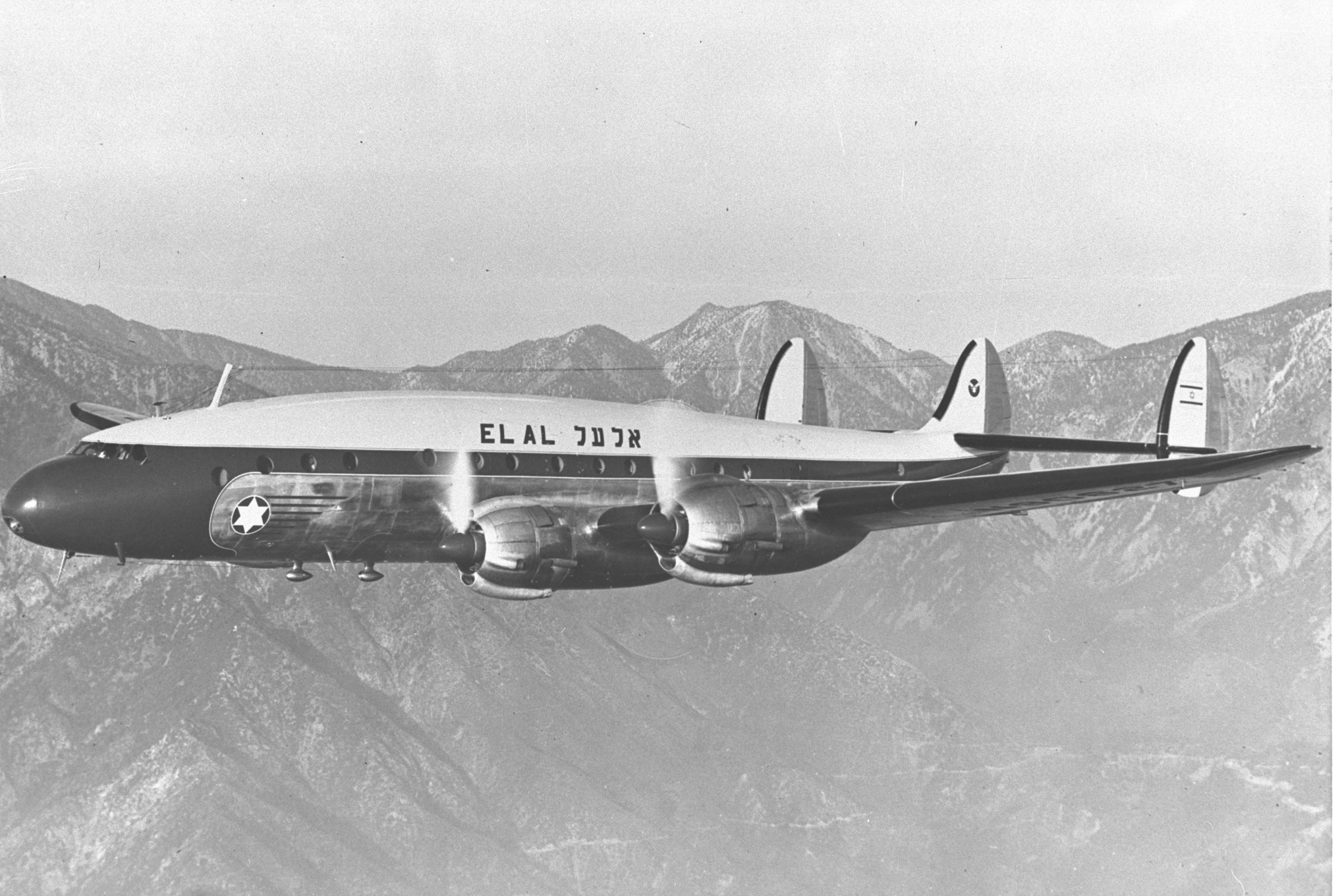 An El Al Lockheed Costellation, similar to the one that was shot down. (Oyoyoy)

On July 27, 1955, an El Al flight from Vienna to Tel Aviv flew into Bulgarian airspace and was shot down by two Bulgarian MiG fighters. All 58 people on board were killed. After initially denying involvement, Bulgaria admitted to having shot the plane down. Despite occurring during a low point in relations between the Soviet bloc (including Bulgaria) and the US and its allies (including Israel), international fallout was minimal.

Eight years after the attack, Bulgaria agreed to pay a total of $195,000 ($1.5 million in current dollars) to Israel, having already compensated non-Israeli passengers. 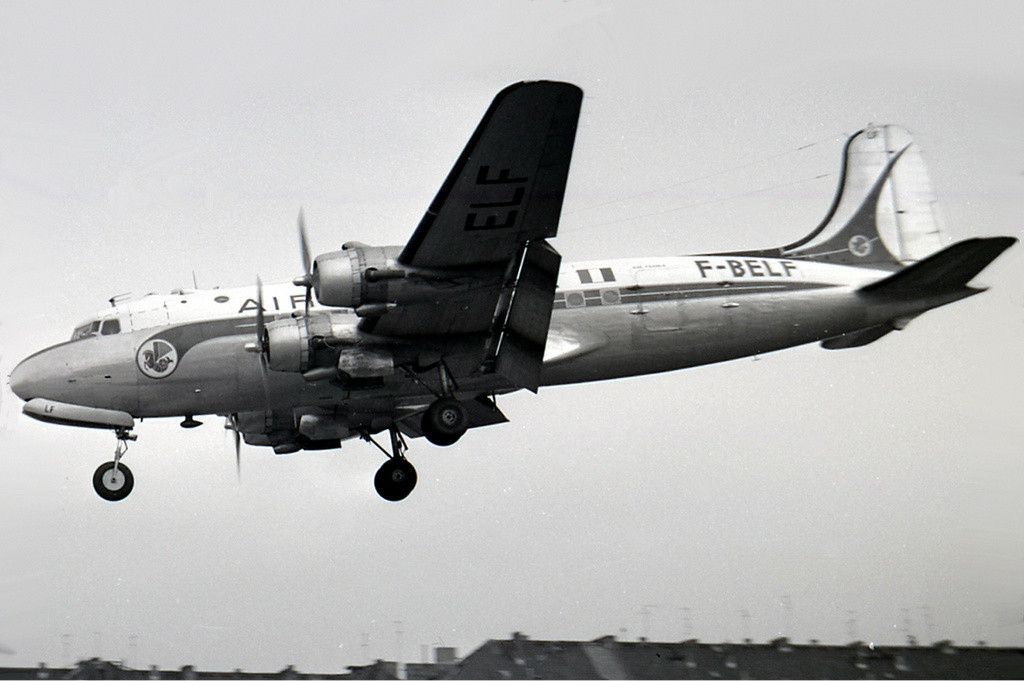 A Douglas DC-4, a similar aircraft to the one that was shot down. (Russavia)

On July 23, 1954, mainland China's People's Liberation Army fighters shot down a Cathay Pacific Airways (the airline of Hong Kong, then under British control) C-54 Skymaster flying from Bangkok to Hong Kong; 10 out of the 19 passengers and crew died. In apologizing for the attack to Britain days later, the Chinese government stated that they had thought the plane was a military aircraft from the Republic of China n (Taiwan) on an attack mission against Hainan Island (near where the shoot-down took place).

However, the initial tragedy was compounded when two PLA fighters engaged three US Navy planes that were searching for survivors; the two PLA planes were shot down. While admitting fault and promising compensation in the case of the civilian plane, China claimed that it was faultless in the confrontation with the US. President Eisenhower, in turn, alleged the harsh tone toward the US and conciliatory tone toward Britain in reference to the Cathay plane was a Communist plot to split the allies.

It's hard to say the incident made relations between the Allies and mainland China much worse than they already were, but it risked bringing the Allies further into the battles that were then occurring between the People's Republic of China and the Republic of China. Given that the Eisenhower administration was apparently considering using nuclear weapons on the ROC's behalf, any heightening of the tensions there was dangerous. 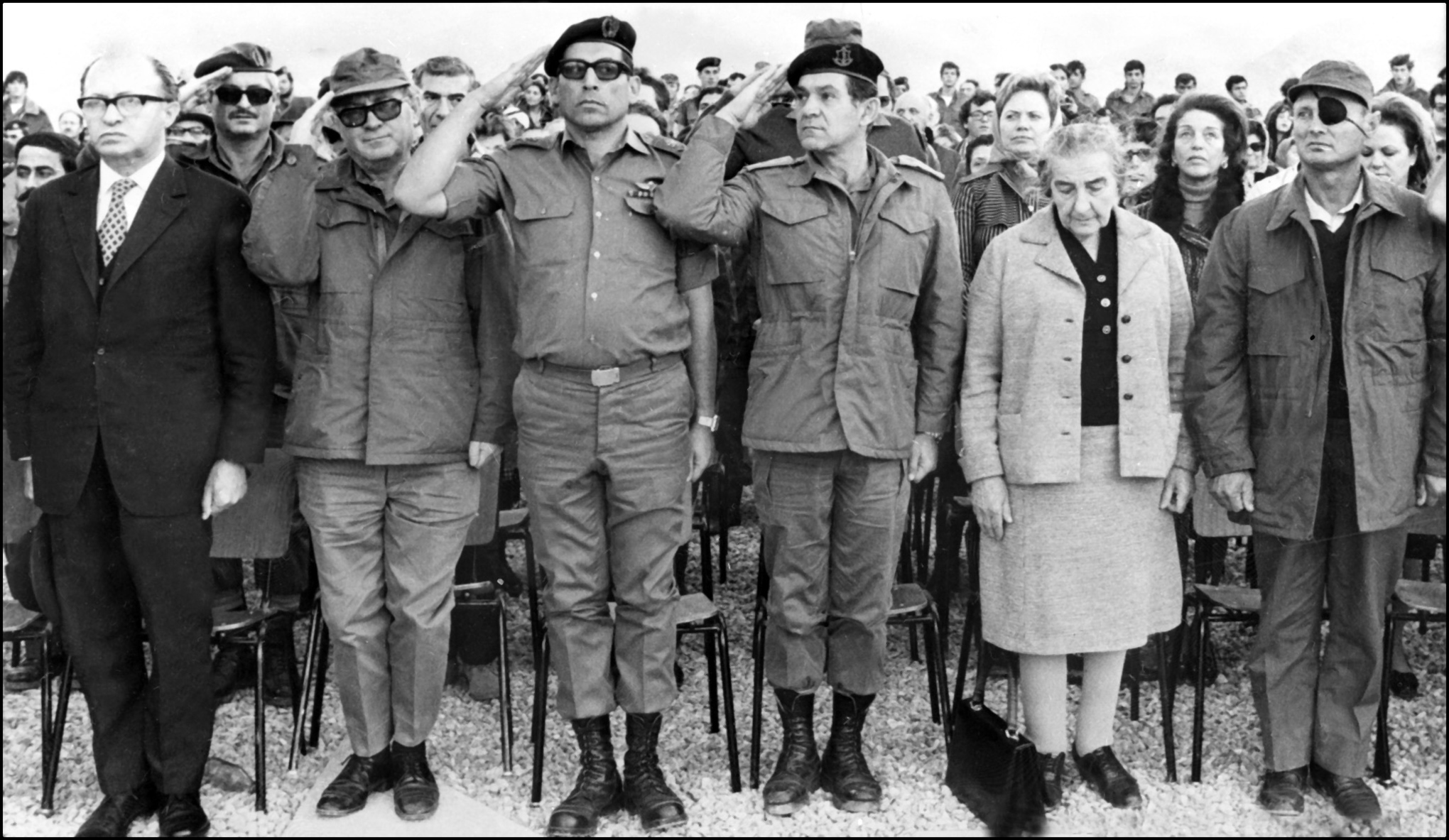 On February 21, 1973, a Libyan Arab Airlines (a wholly owned part of the Libyan government) Boeing 727 flying from Tripoli to Cairo got lost and flew over the Sinai peninsula, which had been under Israeli control since the Six-Day War in 1967. After giving signals to land and firing warning shots, Israeli jets shot down the plane, killing 108 of the 113 people on board, and leaving four passengers and a co-pilot alive.

David Elazar, the chief of staff of the Israeli armed forces, took responsibility for ordering the shoot-down. Defense Minister Moshe Dayan called the event an "error of judgment" and the Israeli government compensated the families of victims. Libya condemned the attack as "a criminal act" while the Soviets called it a "monstrous new crime." 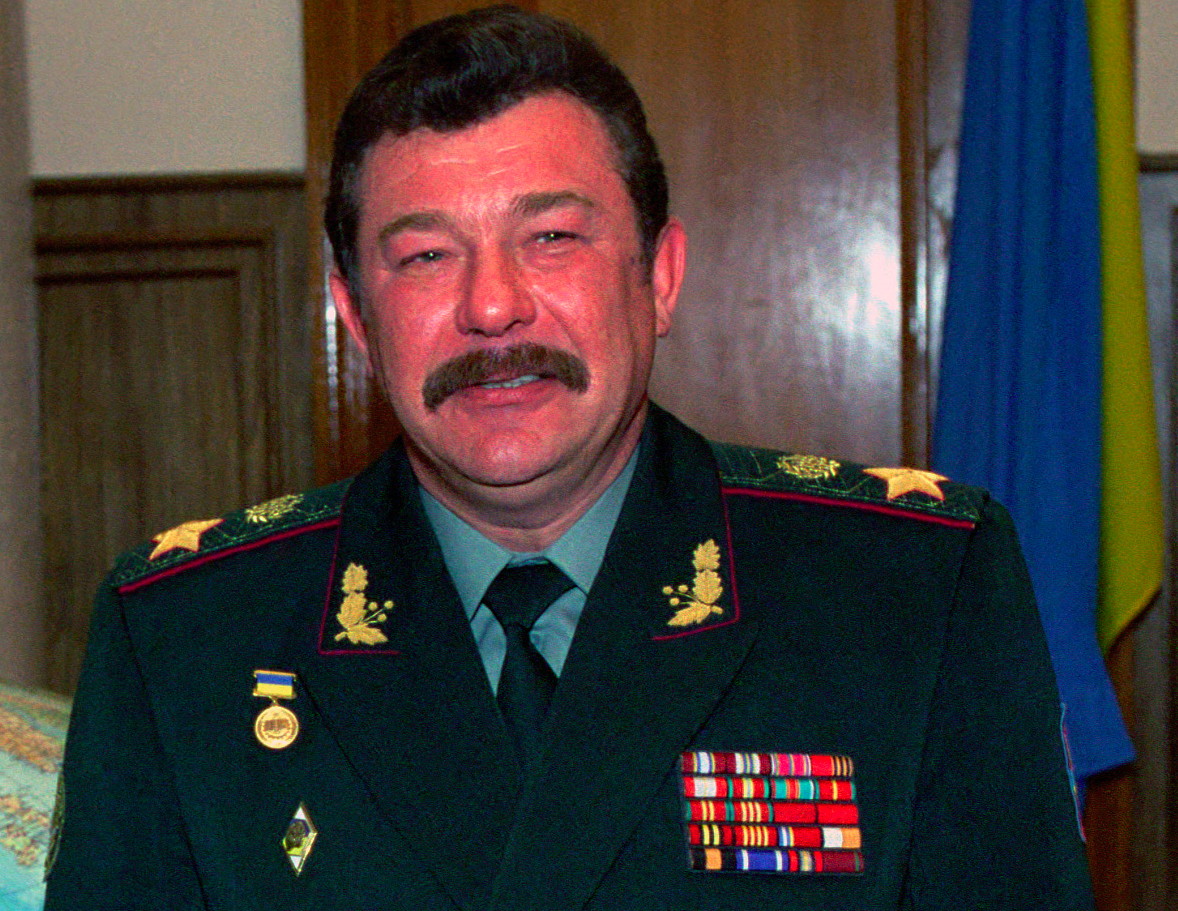 Oleksandr Kuzmuk, the Ukrainian Minister of Defense who resigned after the military short down Siberian Airlines Flight 1812.  (Robert D. Ward/DOD)

Perhaps the strangest precedent for the Malaysian Airlines crash in Ukraine is a shoot-down in 2001 caused by military forces in … Ukraine. On October 4, 2001, 64 Siberia Airlines passengers and 12 crew members onboard a Soviet-made Tupolev Tu-154 en route from Novosibirsk to Tel Aviv were killed when the plane was shot down over the Black Sea by a Ukrainian missile.

It took a while for Ukraine to admit that was what had happened, but after pressure from Russian investigators, Ukraine's then-president, Leonid Kuchma, accepted that the Ukrainian military was at fault. The day of the shoot-down, the Ukrainian military was conducting a massive military exercise which involved shooting 23 missiles at drones. "Experts say that the radar-guided S-200, among the farthest-flying and most capable antiaircraft missile in the arsenal of former Soviet nations, simply locked onto the Russian airliner after it raced past the destroyed drone some 20 miles off the Crimean coast," the New York Times' Michael Wines reported.

Kuchma accepted the resignation of his Minister of Defense, Oleksandr Kuzmuk, following the admission that the military was at fault. From 2003 to 2005, Ukraine paid $15.6 million to families of victims following a deal with the government of Israel.