Share All sharing options for: Why two bipartisan bills to make college affordable are going nowhere in Congress

Senators have introduced two bills in the past few weeks that could make make it easier for students to pay for college and manage debt. Both bills would trim red tape from some frustrating features of the federal financial aid system. And both bills are bipartisan, with heavyweight Republican sponsors and interest from the House of Representatives.

It might seem like this could add up to something rare — real lawmaking! But don't get too excited. As much as members of Congress love to talk about helping students pay for college, these proposals are likely to get stuck, like everything else, in Congressional dysfunction, partisanship, and protocol.

That's even though the legislation is trying to solve what almost everyone agrees is a problem: the system of federal grants and loans for college is far too complicated. 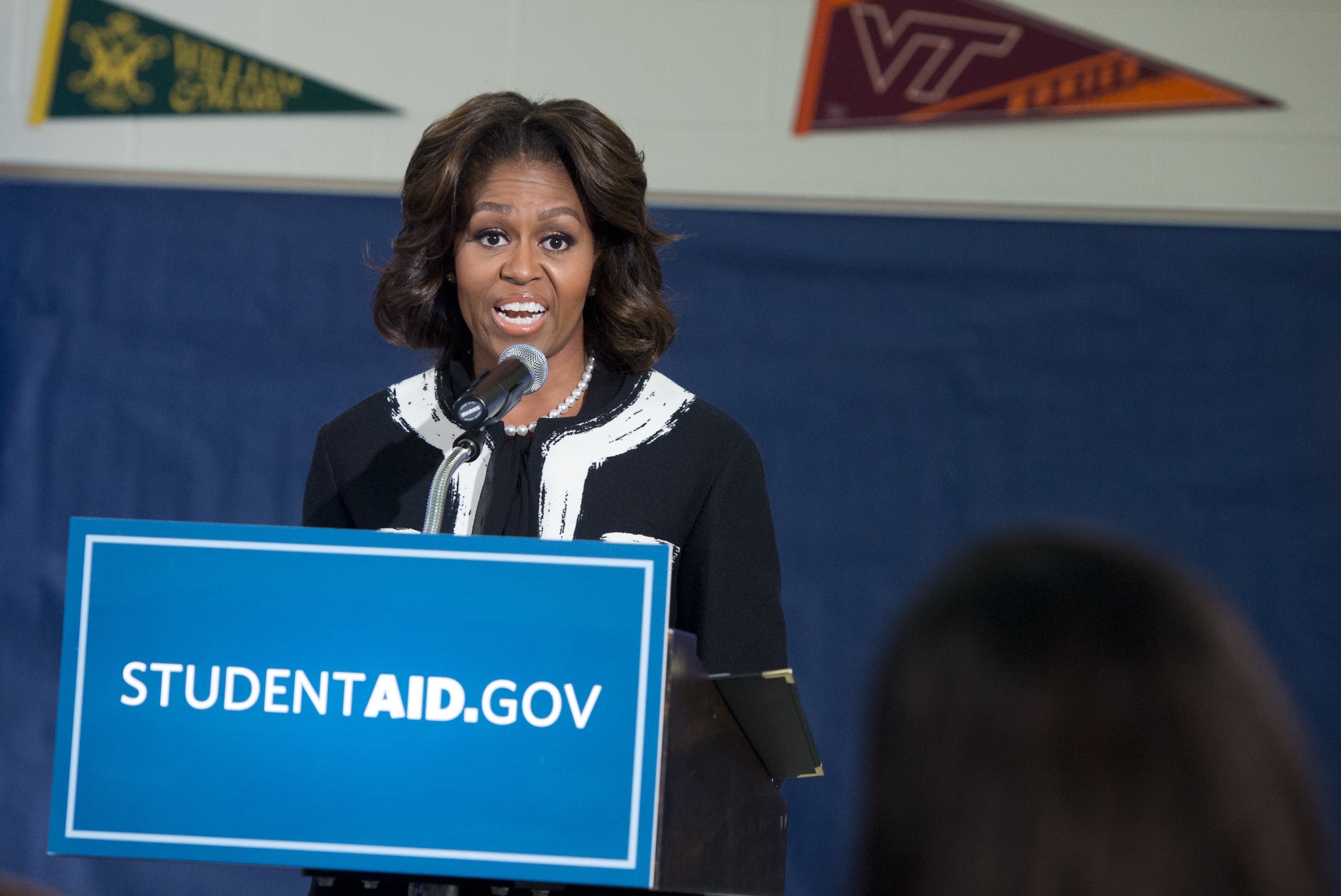 Michelle Obama urges students to fill out the Fafsa at a February event. Saul Loeb/AFP via Getty Images

The first bill, proposed in June by Sen. Lamar Alexander, the highest-ranking Senate Republican on education, and Sen. Michael Bennet, a Colorado Democrat, would simplify the Fafsa, the application all students must fill out to receive federal financial aid. The bill would slim the Fafsa from a daunting 108 questions to two: How much did your family earn two years ago, and how big is your family?

The two senators outlined their proposal in the New York Times, and two professors whose research underpins the idea explained it further.

The second bill, from Sen. Marco Rubio, a Florida Republican, and Sen. Mark Warner, a Virginia Democrat, would end the complicated current system of student loan repayment in favor of basing loan payments on borrowers' income. The federal government would collect the payments automatically, withdrawing them from borrowers' paychecks, for 20 years or until the loan is paid off — whichever comes first. Borrowers could also opt out and pay back their loans with a standard payment for 10 years, as they do today.

The hope is that this would cut down on confusion dealing with loan servicers, make payments more affordable, and eliminate student loan delinquency and default. (Slate has more on the specifics of this proposal.)

Both bills could have unintended consequences 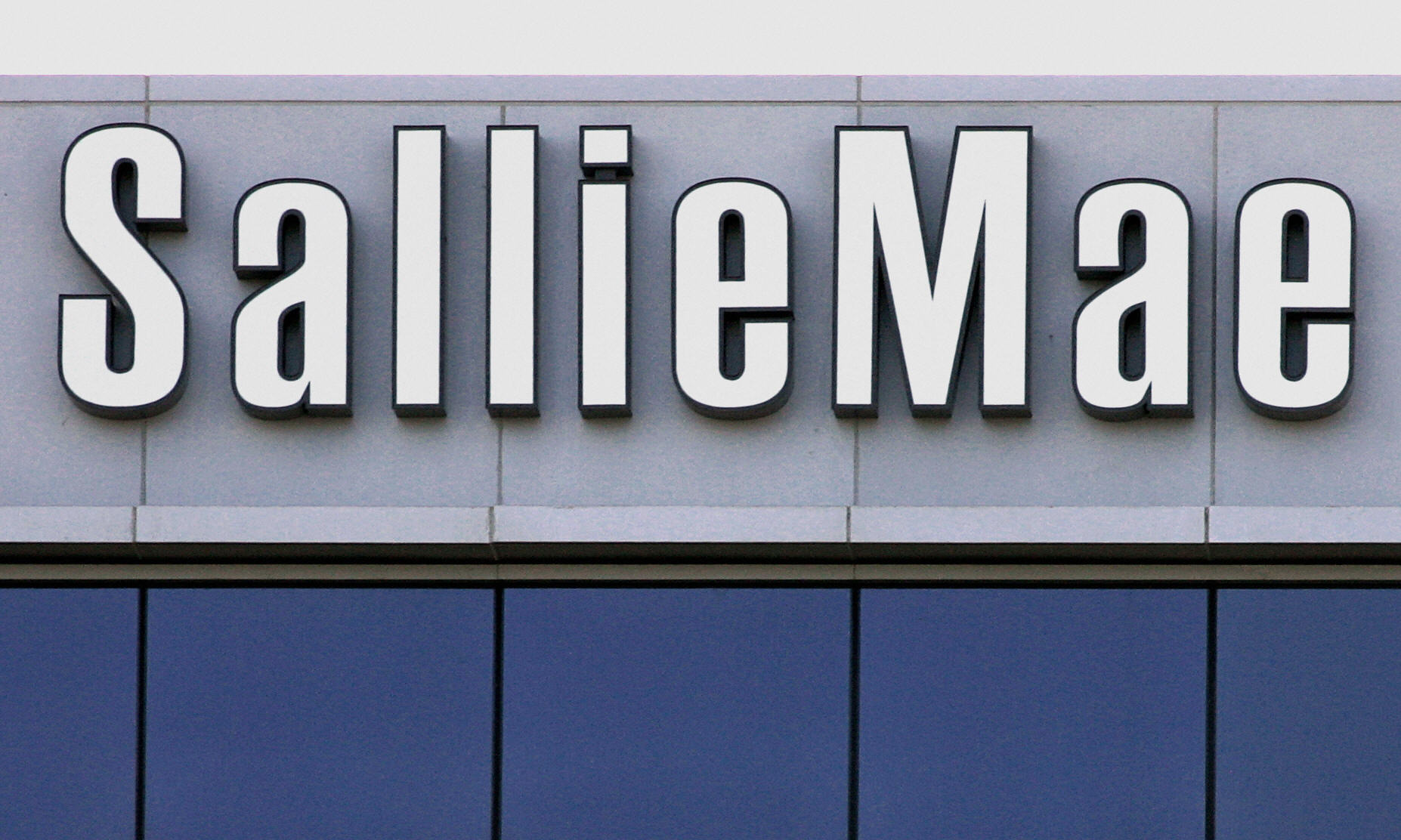 The bills aren't perfect. Many colleges rely on the information provided on the current, more complicated Fafsa to award their own grants and scholarships. Without the federal form, it's possible more colleges will require students fill out an even more complicated student aid application from the College Board. Filling out that form, the CSS PROFILE, costs money, and the fee might discourage low-income students from applying to selective colleges with otherwise generous financial aid.

There are also reasons to be skeptical that universal income-based repayment will make everything better for student loan borrowers — a 20-year repayment period means students will pay more interest, for example. The Institute for College Access and Success, a progressive group, outlines its objections here.

But the biggest opposition to Rubio's repayment bill would probably come from the companies that service student loans. Some of them, including Sallie Mae (which now calls its servicing arm Navient) and NelNet, were on the losing end of a Congressional fight four years ago, when Congress quit loaning federal money to banks to lend to students and began making all federal student loans through the Education Department. But that doesn't mean the servicers have lost all sway on Capitol Hill, and they'd put up a fierce fight for their livelihoods.

Still, both bills are earnest, bipartisan efforts to solve a widely acknowledged problem — the kind of thing that would usually seem like a starting point for legislation. Neither deals with the most partisan issues in the higher education debate. Neither is likely to face an all-out assault in opposition from colleges and universities, although some have concerns about the Fafsa bill.

And neither bill is likely to get so much as a committee markup this year, let alone a vote on the Senate floor. The reason is a tangle of partisanship and protocol.

The Higher Education Act, which governs all federal student aid programs and many other college issues, is expiring. Sen. Tom Harkin, the Iowa Democrat who leads the Senate committee overseeing education, has proposed a massive 785-page piece of legislation to rewrite the law.

Harkin's measure stands almost no chance of passing. The days left for legislative business before the midterm elections in November are dwindling. And Harkin's bill is laden with more partisan issues, such as regulating for-profit colleges and allowing students to refinance loan debt.

But Harkin is the committee chairman, and he's retiring at the end of this year after four decades in Congress. This is his last chance. The committee might have the best bipartisan record of any in this Congress, but it isn't going to give its stamp of approval to other bills that would leapfrog Harkin's more comprehensive proposal. It doesn't matter if members would support the policies those bills embrace.

Then there's partisanship. Passing smaller higher education bills is House Republicans' strategy. Instead of putting forward one big bill to rewrite the Higher Education Act, the House Committee on Education and the Workforce has proposed bite-size, mostly uncontroversial measures. If the Senate were to do the same, it wouldn't just be a tacit acknowledgment that Harkin's bigger bill is doomed — it would mean saying their adversaries had the right approach on legislation.

So why are Bennet, Alexander, Rubio and Warner even bothering to introduce these bills now, if the earliest they'll see any action is January 2015?

In part, piecemeal higher education bills are always introduced with the end goal of incorporating them into bigger legislation down the line. That's happened not just with college cost proposals, but with issues from student loans to the NCAA.

And by the time the Senate takes on the Higher Education Act, the leadership could look different. There's at least a 50-50 chance that Republicans will be in control, according to forecasts. That means the bipartisan proposals aren't just for election-year show on a popular issue — they could be the ideas with the best shot for a seat at the table when the issue comes up in the next Congress.