Share All sharing options for: Tiger Woods' impact on TV ratings and ticket sales is enormous

This week at the British Open, Tiger Woods returned to action, playing in his first golf in a major championship since last August after taking time off to recover from back surgery.

He's hoping to win his first major in over six years. But ESPN — the station airing the tournament — will just be happy if he's in contention in the final rounds.

That's because Tiger Woods is a singular presence in golf — and when he plays, significantly more people watch it, both on TV and in person.

This year's sans-Tiger Masters, in April — which ended in a tight duel between two relatively-well known Americans — pulled its lowest rating since 1993, when Tiger Woods was a senior in high school. This year's US Open, meanwhile, got the lowest rating on record.

Both got significantly higher numbers last year, when Woods was involved. A huge number of Americans simply do not watch golf unless he is playing. 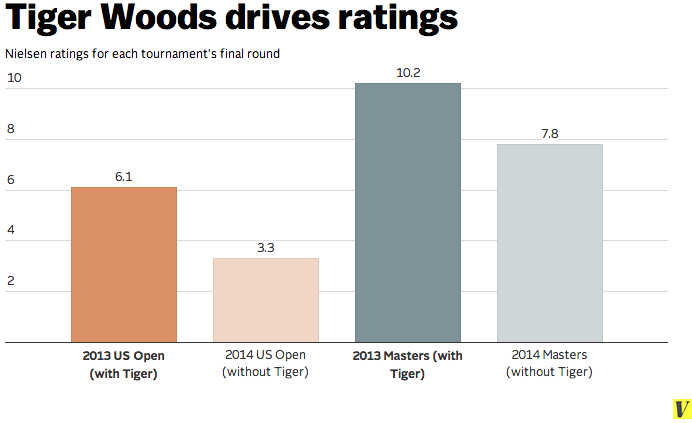 This disparity can even be seen within the tournaments he played in. As the Wire's Eric Levenson calculated, when you compare the ratings of the Masters when Woods was in within five shots of the lead in the final rounds (the greenish bars) to those where he wasn't (the orange bars), the former tournaments average a 1.2-point higher Nielsen rating. 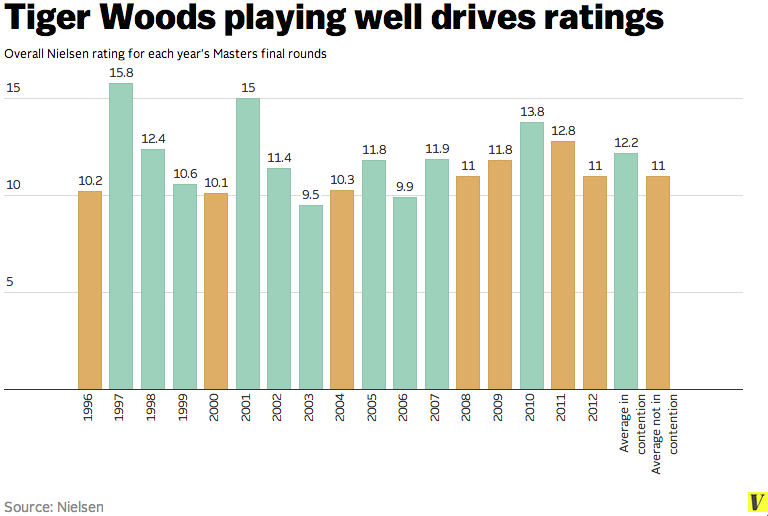 This might not sound like a huge deal, but it means that 1.2 percent more of all households in America watched those tournaments. This is all because of a single golfer, in a tournament that begins with 97 of them.

The data on ticket prices isn't as widely available as TV ratings, but all indications are that presence of Woods also has a huge effect on how many people want to attend majors in person.

A weeklong pass to this year's US Open could be had for an average of $424 on Stubhub. Last year's, meanwhile, cost about $1,400. There are other differences to be accounted for — the 2013 US Open was played right outside Philadelphia, while this year's was in Pinehurst, North Carolina, which is much farther from a major city — but the difference is still striking.

This effect was seen especially vividly when Woods announced that he wouldn't be playing in this year's Masters, back in April. Ticket prices on Stubhub plunged by around 22.5 percent within a day.

Why this is a problem for the PGA 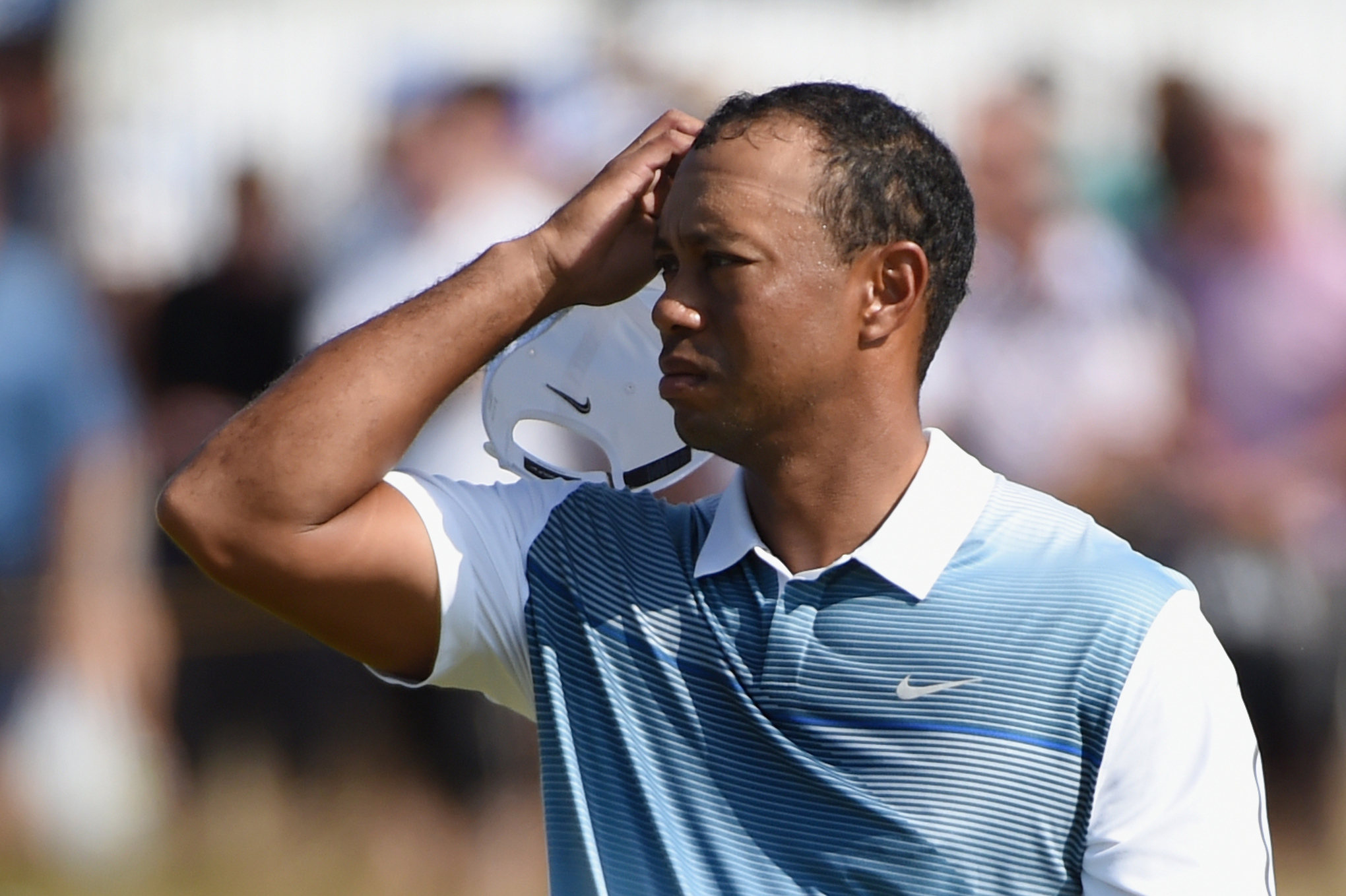 Obviously, it's great for the PGA that Tiger Woods draws so many fans. Over the course of his 18-year career, he's done more to bring golf to young, international, and minority audiences than anyone else, causing total PGA revenue, golfer's earnings, and sponsorship deals to swell in value.

But it's a problem that he's in a six-year drought of major championships — putting his quest to catch Jack Nicklaus' all-time record of 18 major victories in jeopardy. And it's a bigger problem that so much of the PGA's popularity relies on one particular player, who right now is ranked 7th in the world, has battled injuries and personal scandal in recent years, and is no longer a guarantee to make the cut in any given tournament.

That's not a healthy position for any sport to be in. As Woods nears 40, there are certainly many talented young players joining the tour, but they seem unlikely to match the dominance or appeal of an early-career Tiger.

The people who actually play golf are aging, and when Tiger Woods doesn't play well, TV audiences are shrinking. Golf will continue to have a core audience, but there's one word to describe its future prospects among casual fans: bleak.