How many kids die in hot cars? Not as many as you think.

Share All sharing options for: How many kids die in hot cars? Not as many as you think.

The recent death of a toddler in a hot car has sparked a flurry of media attention on an issue that is many parents' worst nightmare. Since then, a video from a concerned dad has gone viral, and another video of a group of people breaking children out of a hot car in Katy, Texas, made national news. As harrowing as these highly publicized incidents are, the number of US children who die from being left alone in a hot car is very, very low.

This map of all child vehicular heatstroke deaths, from the San Francisco State University, shows that the number of fatalities didn't hit the triple digits in any state over a 16-year period: 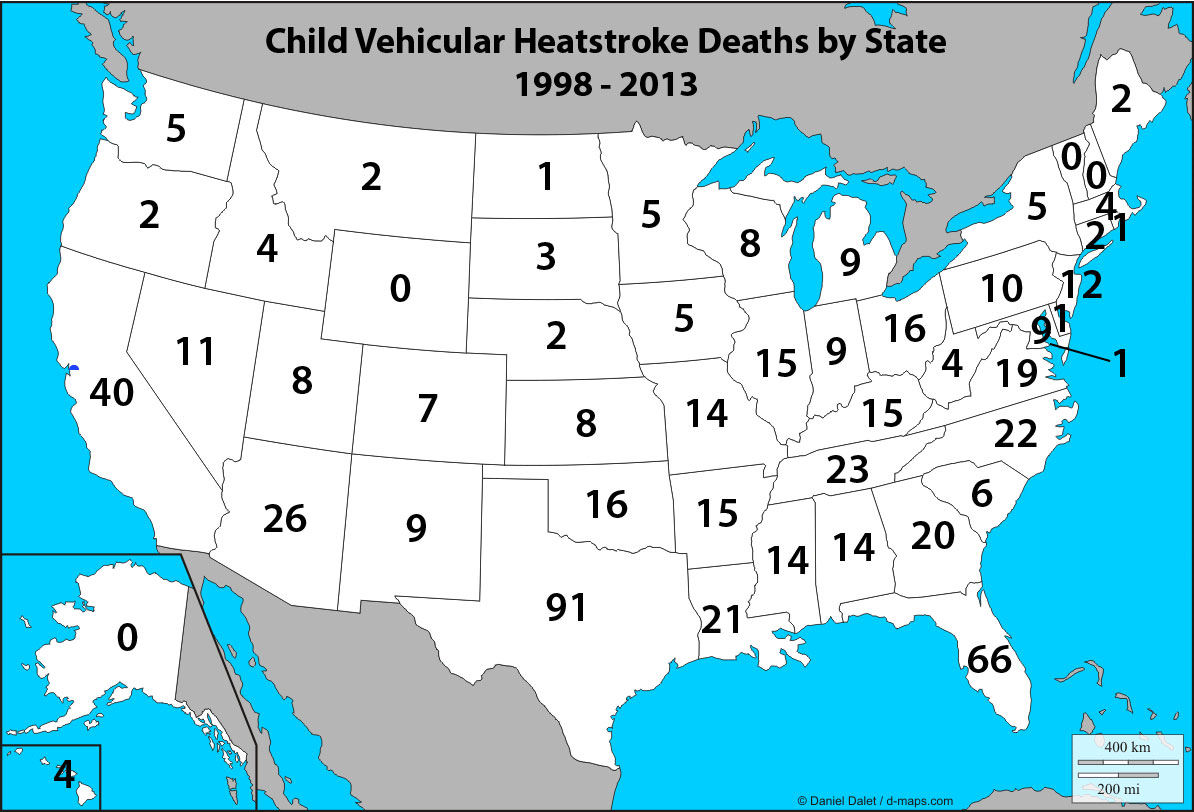 These types of deaths also don't seem to be getting any more common across the country: 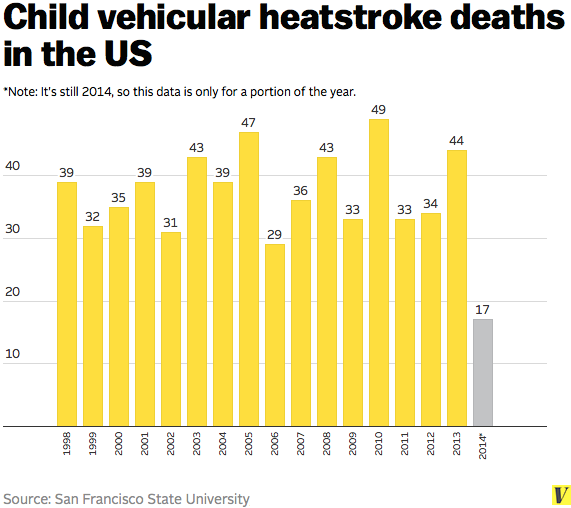 Children are much more likely to die from other causes:

This does not mean you should leave your child in a hot vehicle, nor does it downplay any of the terrible cases in which children die of heatstroke in cars. But the numbers do give some reason for optimism: America already seems to be doing a good job avoiding these unnecessary deaths.