The economic benefits of being beautiful

Share All sharing options for: The economic benefits of being beautiful

Being pretty pays. Researchers from the fields of psychology, sociology and economics have repeatedly found that attractive people benefit from widespread biases that can translate into big bucks over the course of a lifetime.

We made the short animated piece above to show the many, many ways they've found this is true. But the video raises another question.

How do social scientists measure beauty?

In order to measure beauty's benefits, researchers first have to determine who’s attractive in the first place. But if people can disagree resolutely about such things, how can these studies measure attractiveness in any reliable way?

Some researchers try to avoid human input altogether. One study linking the appearance of NFL quarterbacks to their salaries (#11 in the video) measured their looks with a computer program used by plastic surgeons that scores facial symmetry from photographs. According to the study authors, the average person has a symmetry score of 92 out of 100. Here are some of the top-scoring QBs from the study — you can be the judge of whether symmetry is a good proxy for attractiveness:

Number 4 in the video refers to a study that photoshopped together 25 faces from 100 real photographs. The researchers then employed a perhaps overzealous graphic designer to manipulate the facial proportions to produce a sample of attractive and unattractive faces: 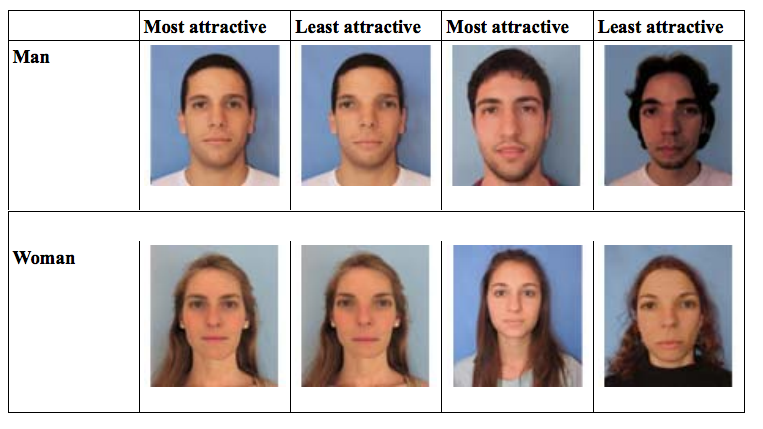 These photos were attached to fictional resumes and sent to employers. Bóo 2011

Their method was based on previous research which claimed to have found the "golden ratios" at which any given face is maximally beautiful:

Those ratios were arrived at by showing small groups of undergrads images like the ones below, which depict photoshopped variations of the same face, and then seeing where people’s preferences converge: 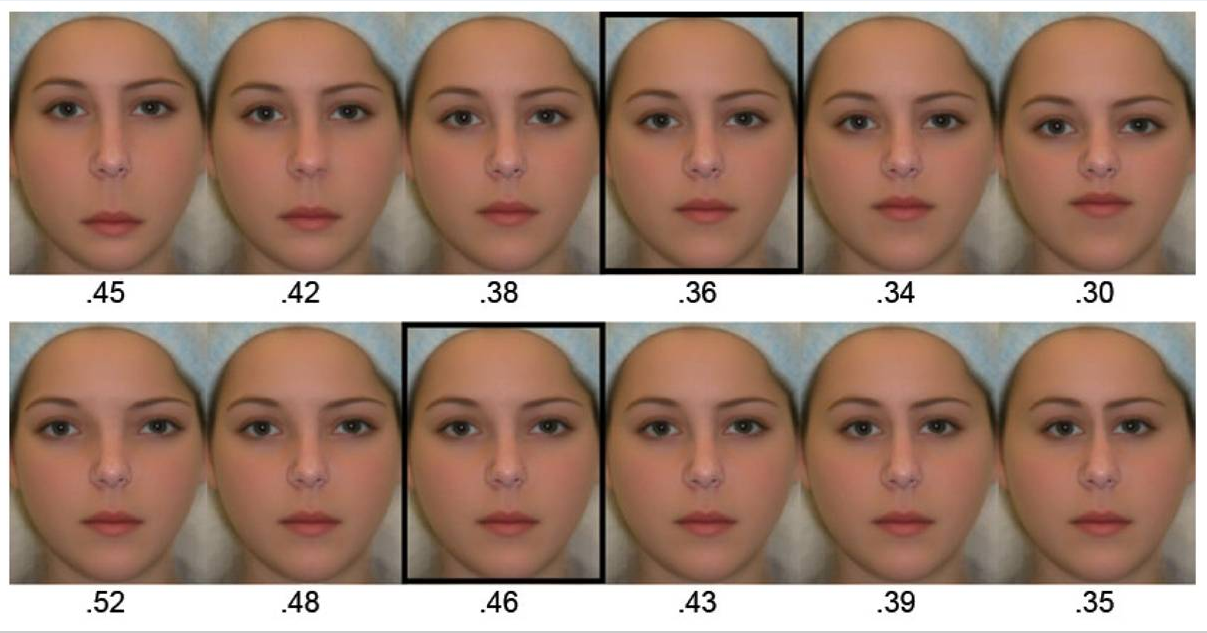 The black boxes mark the faces with average ratios, which are deemed most appealing (Pallet 2010.)

Another study finding that attractive CEOs can bring higher stock returns for their companies used Anaface.com to construct an attractiveness index for real-world CEOs. This tool works from the same idea — that beauty lies in the distances between facial features, this time adding the ratios of nose length to ear length and mouth width to nose width. Curiously, their algorithm seems to prefer the Green Goblin to Batman: 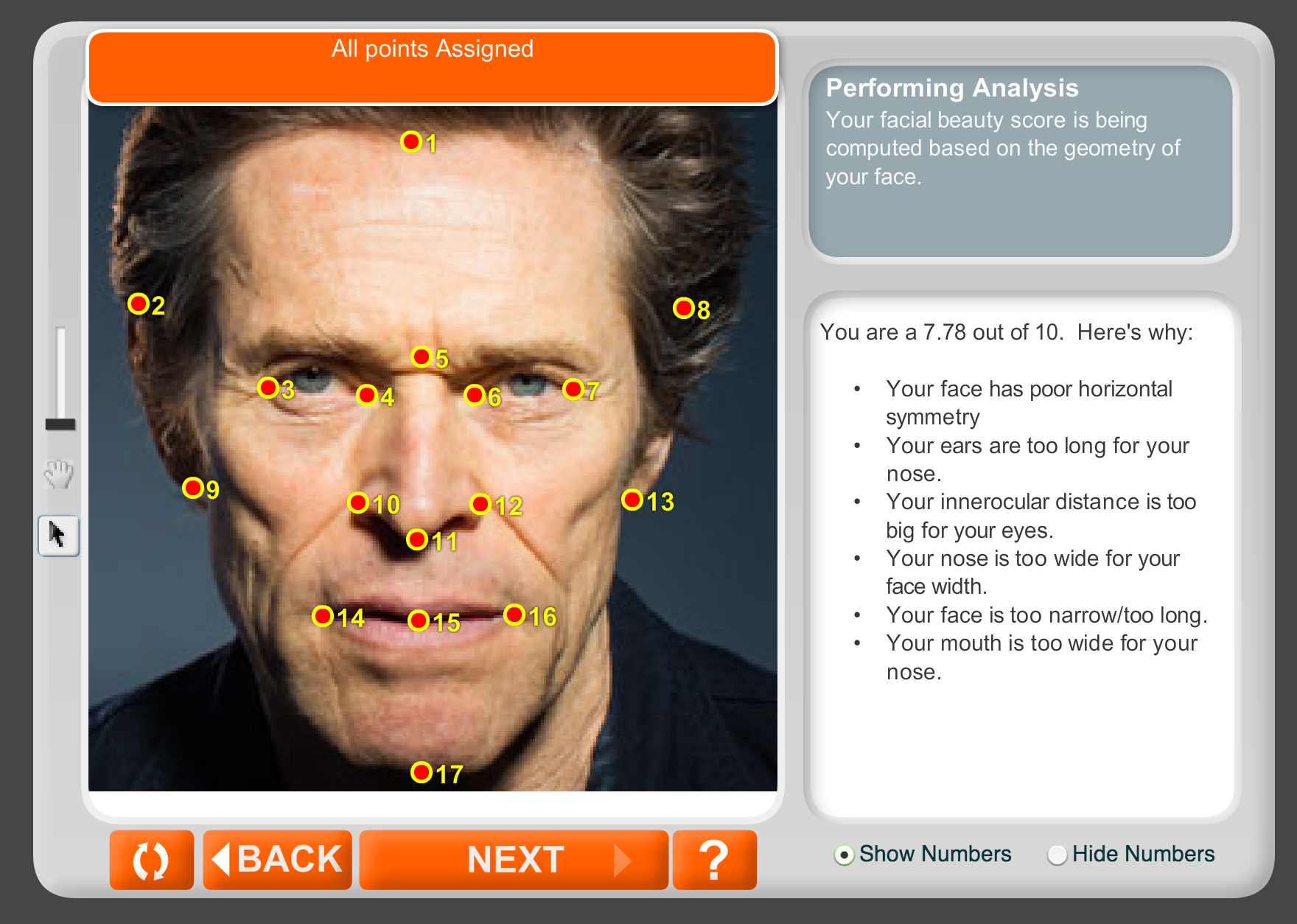 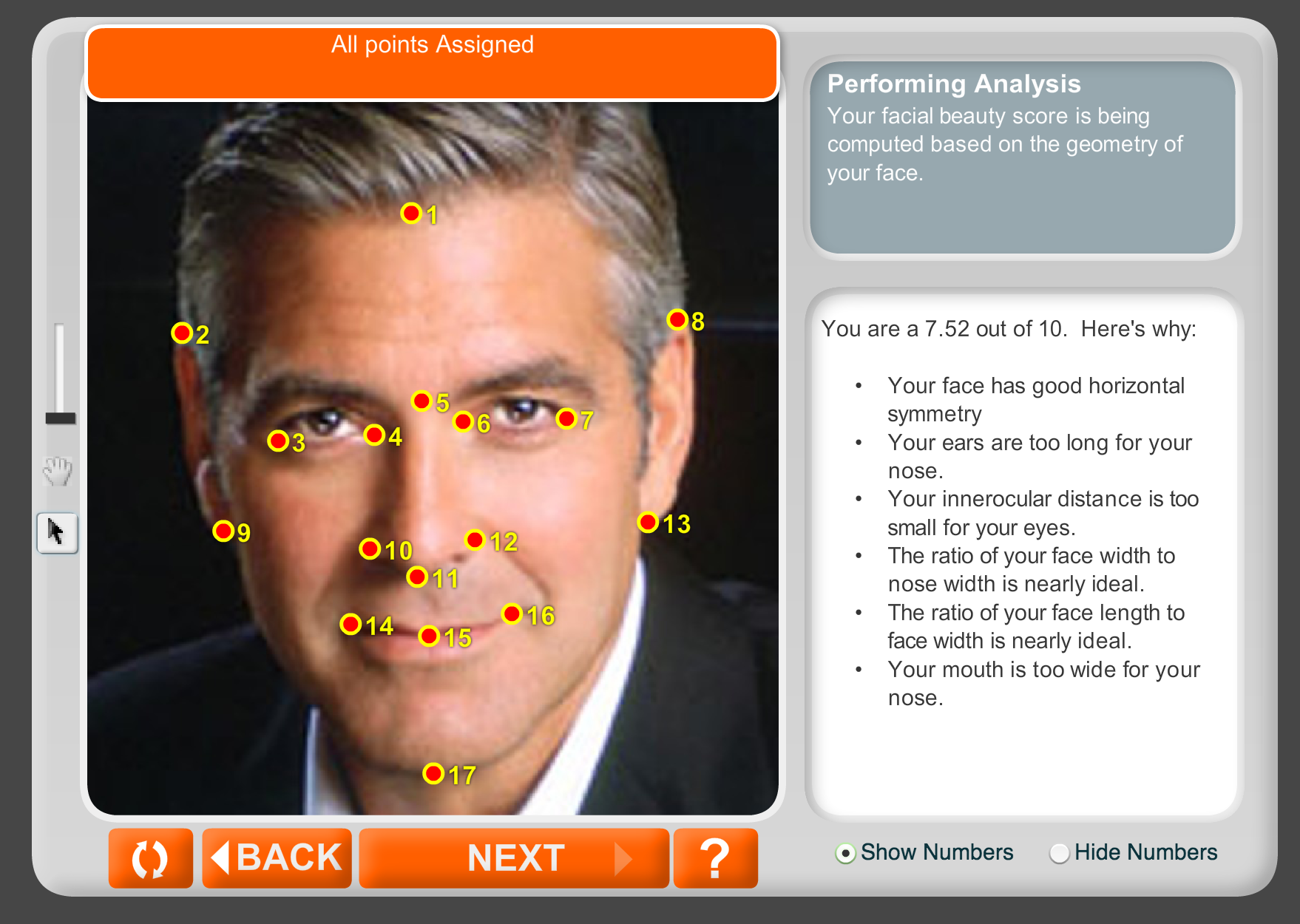 Are people better judges of beauty than computers?

Taking measurements may seem like a more objective way to assess a face, but the computers seem to be missing something. That's why most studies on attractiveness don't try to mathematically define beauty and instead simply rely on people's impressions.

Some researchers (see #3 and #7 in the video) use data from large national surveys in which a single interviewer gathering a broad range of sociological data also rated subjects’ attractiveness on a 5-point scale ranging from "strikingly handsome or beautiful" to "homely." Because the interviewer in this case interacted directly with the subject, their ratings could be influenced by factors like grooming, clothing, behavior and body type, reflecting a broader measure of attractiveness than facial beauty alone.

Many other studies attempt to establish a consensus by using focus groups (see #1 and #6 in the video) in which a batch of people, often college students, will rate photographs of faces. Oftentimes, these studies will try to eliminate potentially confounding variables like age and race. Some also try to control for smiles and eyeglasses.

If these methods seem subjective, it’s worth noting several studies show a surprisingly large amount of agreement between people — across ages, genders and cultures — about which faces are good-looking. Even infants seem to prefer the same faces as adults.