Each of these Hepatitis C pills cost $1,000. That's actually a great deal.

Share All sharing options for: Each of these Hepatitis C pills cost $1,000. That's actually a great deal.

There's a new drug on the market that costs $84,000 for a full dose of treatment. Most Americans think it's far too expensive — but health economists say it's a great deal.

Sovaldi, the new Hepatitis C treatment released earlier this year by pharmaceutical company Gilead, has been harshly criticized for its hefty price tag, which works out to about $1,000 per pill. Four in five Americans think the price is too high.

Sens. Ron Wyden (D-Ore.) and Chuck Grassley (R-Iowa) sent Gilead a sharp letter Friday asking it to justify Sovaldi's high price. The $84,000 price, they write, "appears to be higher than expected given the costs of development."

Sovaldi was the topic du jour at the American Society of Health Economists' conference a few weeks ago in Los Angeles. But talking to people who think about drug prices for a living, I got a decidedly different take: Sovaldi, many of them argued to me, is exactly the type of drug we should reward with high prices.

"Would I rather be spending $600,000 for a liver transplant and living a restricted life afterwards, or would I rather pay $80,000 up front and guarantee I never have to go through that?" says Dana Goldman, executive director of University of California's Schaeffer Center for Health Policy and Economics. "In that context, it doesn't look like such a bad deal."

Economists argue that there's a tension in setting the price for a breakthrough drug like Sovaldi. We want to encourage more pharmaceutical companies to pursue similarly big developments — a cure for Alzheimer's, for example, or diabetes — but also want patients to have access to those treatments. When push comes to shove though, many prefer that we err on the side of higher prices as a way to encourage other big, blockbuster drugs in the future.

Sovaldi is a breakthrough medical treatment 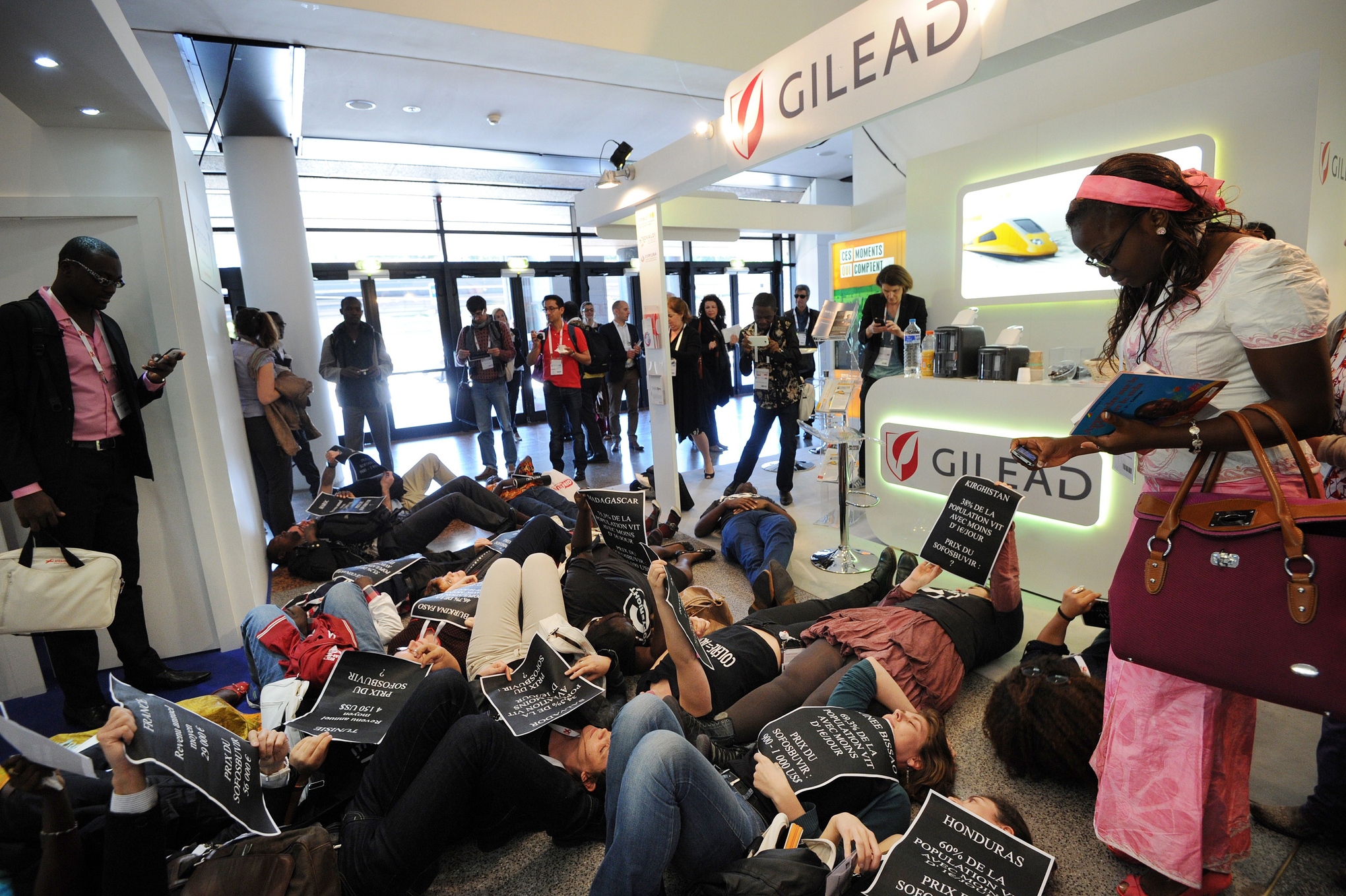 Hepatitis C can be a a completely manageable condition for some patients – and debilitating for others. More Americans are now killed annually by the virus, which affects just over 3 million Americans, than AIDS. Hepatitis C is the leading cause of liver transplants in the United States as well.

The idea of a Hepatitis C cure is a significant innovation over the treatments that exist now, which rely on interferon proteins. Those medical regimes only worked for about half of patients and, even when successful, took longer and had worse side effects.

Most new drugs that come out annually aren't these type of breakthroughs. They are often tiny, incremental tweaks to existing treatments, like when AstraZeneca replaced Priolsec, its original blockbuster heartburn drug, with Nexium. Nexium didn't offer much in the way of better outcomes — but it did give AstraZeneca an exclusive, brand name product it could sell just as Prilosec's patent expired.

the same thing that makes sovaldi so expensive is why patients want it: its a breakthrough

Most drugs we're familiar are also different from Sovaldi in another way:  they offer treatment rather than cure. Insulin, for example, will help diabetics manage their blood sugar levels without remedying the root issues. Sovaldi is a cure: in 97 percent of cases, it eliminates the Hepatitis C virus altogether. That could prevent the need for liver transplants in more severe cases, which can cost hundreds of thousands of dollars.

The same things that make Sovaldi so important to patients — and groups advocating for access — are what make the drug expensive. Its a breakthrough treatment that's highly valuable.

Consumer groups have argued that the importance of this drug is a reason to charge less. But health economists make the opposite case: this is the type of innovation that should net pharmaceutical companies a large pay day, because its so much more meaningful than the drugs that make tiny, incremental advances.

"Pharmaceutical companies get criticized for lots of things like that," Craig Garthwaite, a health economist at Northwestern University's Kellogg School of Management, says. "This is an actual innovation, and that is something that they should get a reward for." 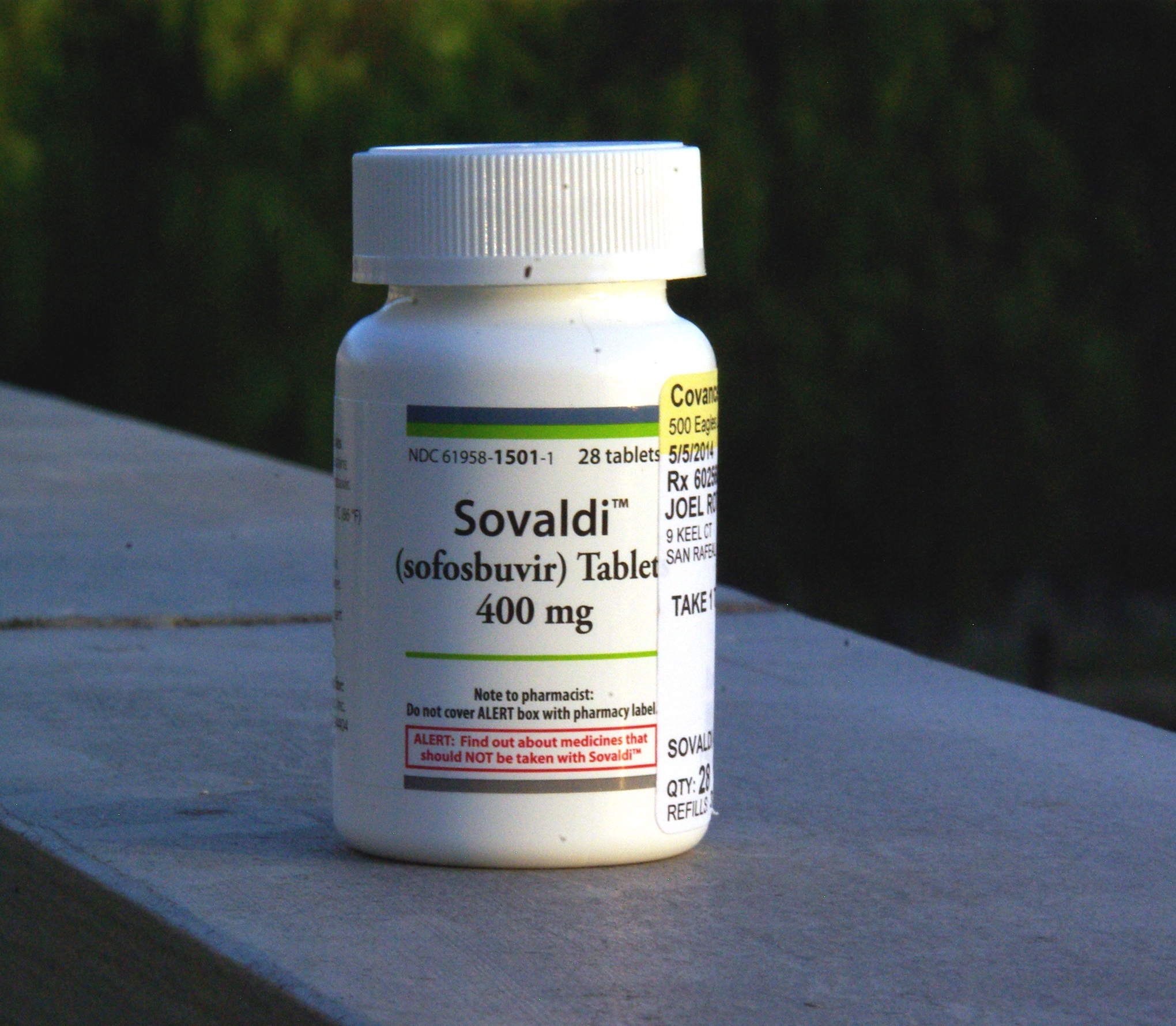 As an economist, Garthwaite worries about what would happen if the price of Sovaldi fell dramatically. The drug would likely become more available to patients — although that looks to be an event in progress already, with some of Gilead's competitors expected to release similar Hepatitis C treatments within the next week.

The incentive for companies to create really blockbuster, breakthrough treatments would be smaller. Pharmaceutical companies are not, to nobody's surprise, benevolent non-profits. They're in the drug-making business to for the big paydays that come with a medication like Sovaldi.

"It becomes a policy question, of what we're willing to trade for less innovation," he says. "We have to be very careful because the benefits to innovation are huge. And this is really the hardest question we have in health economics is this efficiency dilemma."

The hard question to answer here is how much a pharmaceutical company — Gilead or otherwise — needs to net in reward to keep pursuing big, innovative drugs. Would a $40,000 price tag be enough? What about $60,000? The company is, after all, selling the drug for just $900 some developing countries like Egypt. Why can't Americans have the same deal?

The health economists I spoke acknowledged this was a difficult problem, but generally preferred to err on the side of slightly overpaying, largely out of worry about the effect of undercutting innovation. The higher prices that the United States pays, their argument goes, is what makes it desirable to keep developing really blockbuster drugs — particularly those that patients won't have to take forever.

what type of profits does pharma need to keep pursuing big, innovative drugs?

"They're developing a product that's a cure that will essentially put their own treatments out of business," USC's Goldman says. "We'd love for pharmaceutical companies to come up with a treatment that cures diabetes rather than just treats it. I want to pay them enough so it's possible they'll start working on cures rather than treatments."

Sovaldi could have decided to price its drug at $40,000, as advocates would like. It could have also, hypothetically, gone higher (one J.P. Morgan analyst estimated in 2013 that Gilead could sell Sovaldi for upwards of a half-million). Gilead doesn't release internal discussions on drug pricing, but its likely that the company decided $84,000 is what the market here would pay for its new treatment.

At the end of the day, insurers and Medicaid agencies have the final trump card here. They could put their foot down, deny coverage for the drug and let massive protests from patients' ensue. But they haven't done that: while many publicly oppose the high price, they have also decided its something they need to offer patients. And, even though they don't like the high price for Sovaldi, at the end of the day, they're willing to pay for the value it provides.