Is organic food any healthier? Most scientists are still skeptical.

Share All sharing options for: Is organic food any healthier? Most scientists are still skeptical.

You've no doubt noticed that organic foods are a fair bit more expensive at the grocery store. An organic head of lettuce can cost twice as much as a regular one. But is it any healthier for you?

In recent years, most scientists have answered this question with a flat "no." There simply doesn't seem to be much evidence that organic foods are more nutritious than conventional foods.

In 2009, the United Kingdom's Food Standards Agency reviewed 67 studies on this topic and couldn't find much difference in nutrient quality between the two food types. In 2012, a larger review of 237 studies published in the Annals of Internal Medicine also found that organic foods didn't appear to be any healthier or safer to eat than their conventionally grown counterparts.

But there have long been dissenters who argue that there must be some health benefits to organic. And a July 2014 study in the British Journal of Nutrition, led by Carlo Leifert of Newcastle University, reopened this debate by adding a small twist. The researchers' reviewed 347 previous studies and found that certain organic fruits and vegetables had higher levels of antioxidants than conventionally grown crops.

Unfortunately, this doesn't prove very much by itself. No one knows if those moderately higher levels of antioxidants actually boost your health. For that to happen, they'd have to be absorbed into your bloodstream and distributed to the right organs — and there just hasn't been much good research showing that. For now, there's little evidence to suggest concrete health benefits from eating organic.

In the meantime, some commentators have suggested that this endless health debate has become a distraction. Marion Nestle of New York University argues that the best reasons to buy organic produce involve environmental impacts and production values. Any nutritional benefit is a "bonus," if there even is one.

Other experts point out that most Americans don't eat enough fruits or vegetables of any type — a far more pressing health concern than whatever minor differences may exist between organic and conventional food. "What's missing in this debate is the important fact that the best thing consumers can do is to eat lots of fruits and vegetables, period, regardless of whether they are produced organically or conventionally," says Carl Winter of the University of California Davis. (He's also skeptical, by the way, that organic food is any healthier for you.)

Here's an overview of this often-contentious topic:

It's not easy to compare organic and conventional foods 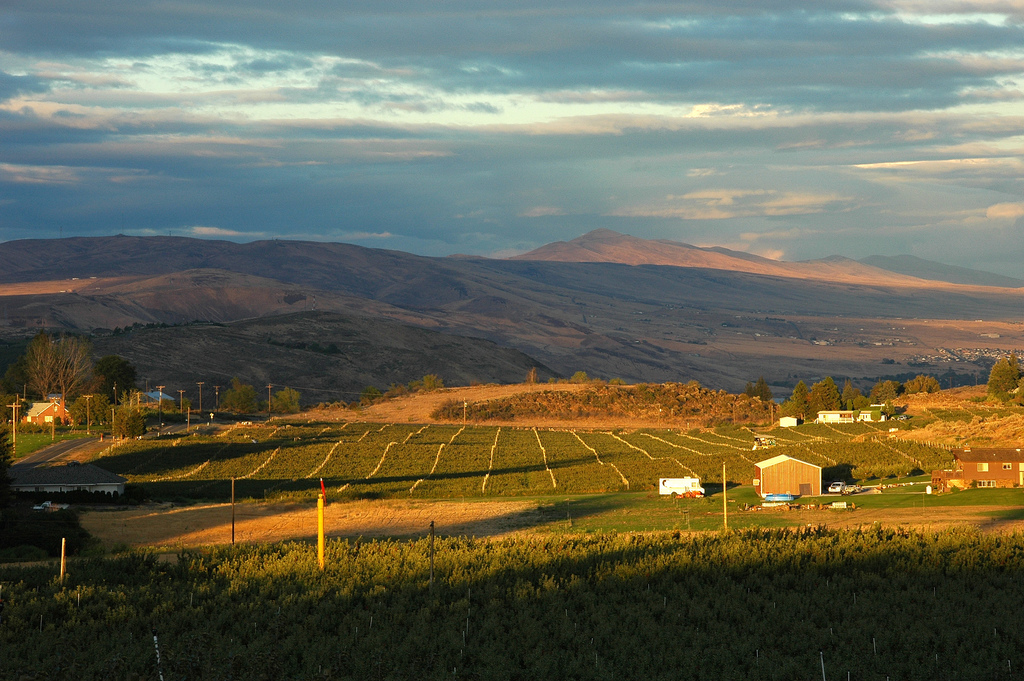 One major hurdle for anyone trying to compare "conventional" and "organic" foods is that these are incredibly broad terms.

In the United States, there's technically a dividing line between the two: farms certified as "organic" by the USDA are prohibited from using synthetic pesticides, petroleum-based fertilizers, or sewage sludge. Organic animals can't be fed antibiotics or growth hormones.

But that still leaves a lot of room for variation. Some conventional farms go heavy on the synthetic fertilizer and pesticides. But others spray more selectively or use alternative pest management techniques.

What's more, there are endless variables that can affect the nutritional value of crops, from soil type to climate conditions to the crop cultivars being planted. Controlling for all these factors to make a grand statement about "organic" versus "conventional" farming is incredibly difficult.

And, not surprisingly, scientists have struggled to find clear nutritional differences so far. One 2013 study found that organic tomatoes have more vitamin C, but they're also smaller than conventional tomatoes, so the differences are fairly minimal. Another 2013 study found that organic milk in the US contained more omega-3s — though this may be more about the types of feed used than a unique property of "organic" farming.

More recently, researchers have been conducting large meta-analyses — studies of studies — to try to pinpoint some big-picture lessons here. To date, those reviews have usually found little nutritional difference between organic and conventional produce (see here and here). But now comes a new study with a slight dissent. 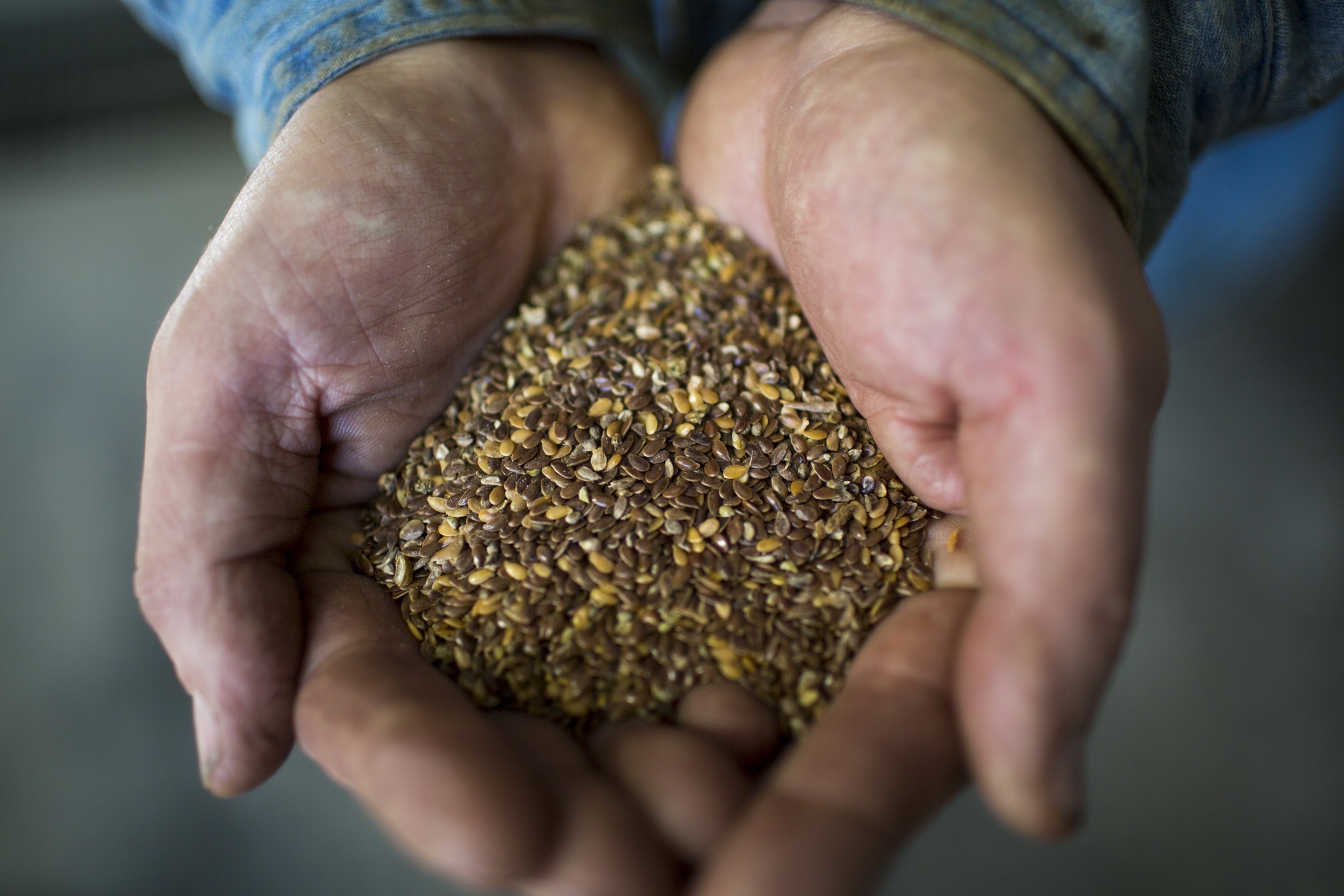 In a big meta-analysis done in 2014, Leifert and his colleagues reviewed 347 studies comparing organic and conventional produce around the world. They concluded that organic fruits and vegetables had, on average, higher levels of antioxidants and lower levels of synthetic pesticide residue.

What's not clear, however, is whether these differences have any actual health impact on human beings. And there were a few sharp criticisms of the study. Let's take a closer look at the paper's findings:

These compounds — referred to as "antioxidants" — are essentially plant defenses, produced when the plants are stressed by their environment. So one possibility is that organic crops create more of them since they're not protected by chemical pesticides and have to deal with more pests.

But there's a catch: we don't really know whether these compounds improve people's health. We don't know how many of these extra antioxidants are actually absorbed by humans. We don't know what the optimal level of antioxidant intake actually is. It's true that some studies have shown that a diet rich in fruits and vegetables can protect against disease. But those studies looked at people mostly eating conventionally grown vegetables — and the precise role of antioxidants is still being debated.

The University of Washington's Charles Benbrook, a co-author of that 2014 pro-organic study, noted this point in a blog post: "Our team, and indeed all four reviews, acknowledges that many questions remain about the bioavailability of plant-based antioxidants, how necessary they are at different life stages, and how inadequate intakes shift the burden of disease." He added that there were some reasons to think those antioxidants are beneficial, but it's hard to say for sure.

2) Organic grains, on average, had 48 percent lower cadmium levels. Cadmium is a heavy metal that is taken up by plants in the soil and is harmful to humans in very high doses. So at first glance this seems like a point in favor of organic.

Yet it's hard to see why organic farming per se would lead to lower cadmium levels — this may just reflect differences in various soils. (Crops from some organic farms can be quite heavy in cadmium.)

It's also not clear this is a pressing health concern. The EPA says the average American gets 0.0004 micrograms of cadmium per kilogram of body weight per day from food — 10 times lower than levels that would cause kidney damage. If you want to reduce your cadmium intake, focus first on quitting smoking and eating less shellfish. Those are bigger sources.

Some experts aren't convinced that differences in pesticide residue matter

"From my 27 years of research on pesticides and food safety, I remain skeptical that the extremely low levels of pesticide residues we encounter from foods have any impact on public health, and slightly lowering such levels even more would not have any additional impact," Carl Winter, a pesticide and risk assessment specialist at the University of California Davis, wrote to me in an email. "Our typical exposure to pesticide residues is at levels 10,000 to 10,000,000 times lower than doses that cause no observable effect in laboratory animals that are fed pesticides daily throughout their entire lifetimes." (Here's some of his research on that.)

That said, anyone who's worried should wash their fruits and vegetables in tap water to significantly reduce pesticide residue.

4) Organic produce had lower levels of protein, fiber, and nitrates. This was another finding that didn't get as much attention and might actually be a point in favor of conventional produce, as Tom Sanders, a nutritional scientist at King's College London, points out. Note, however, that there's still some debate over whether higher or lower levels of nitrates in vegetables are preferable.

Yet the pro-organic study also attracted some criticism 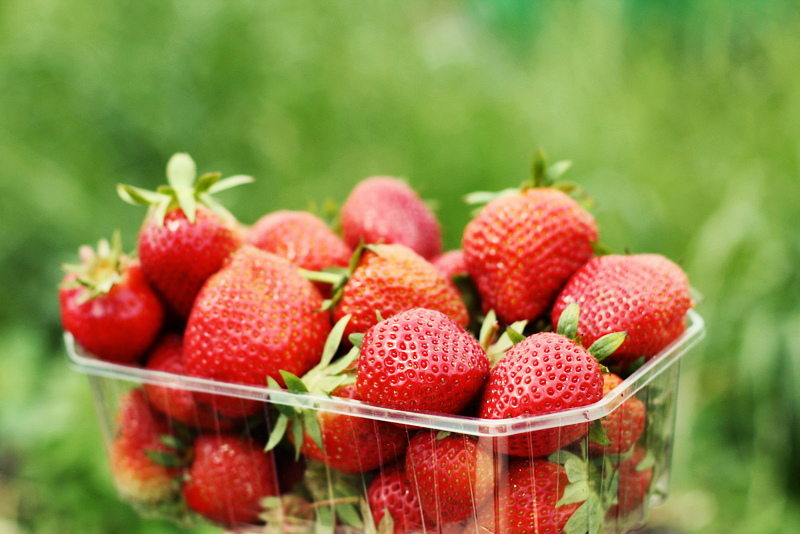 As with all big studies on a contentious topic, Leifert's pro-organic study also received a fair bit of criticism — you can see a roundup here. A few points made:

Some experts argued that comparisons are inherently difficult

1) The health benefits of those antioxidants are still uncertain. "There is no evidence provided that the relatively modest differences in the levels of some of these compounds would have any consequences (good or bad) on public health," said Richard Mithen of the Institute for Food Research. He added this twist: "The additional cost of organic vegetables to the consumer and the likely reduced consumption would easily offset any marginal increase in nutritional properties, even if they did occur, which I doubt."

3) Comparisons between "organic" and "conventional" may be inherently flawed. And still other experts reiterated the point made above that it's difficult to compare "organic" to "conventional" farming because practices vary so widely. For instance: on average, cadmium levels may be lower in organically grown cereal crops. But some organic farms use compost that's extremely high in cadmium.

To make this even trickier, the Leifert review surveyed studies across the entire world — 70 percent of the studies were in Europe, with the rest in the United States, Canada, Brazil, and Japan. There may well be regional variations within that average.

Is it time to put this debate aside? 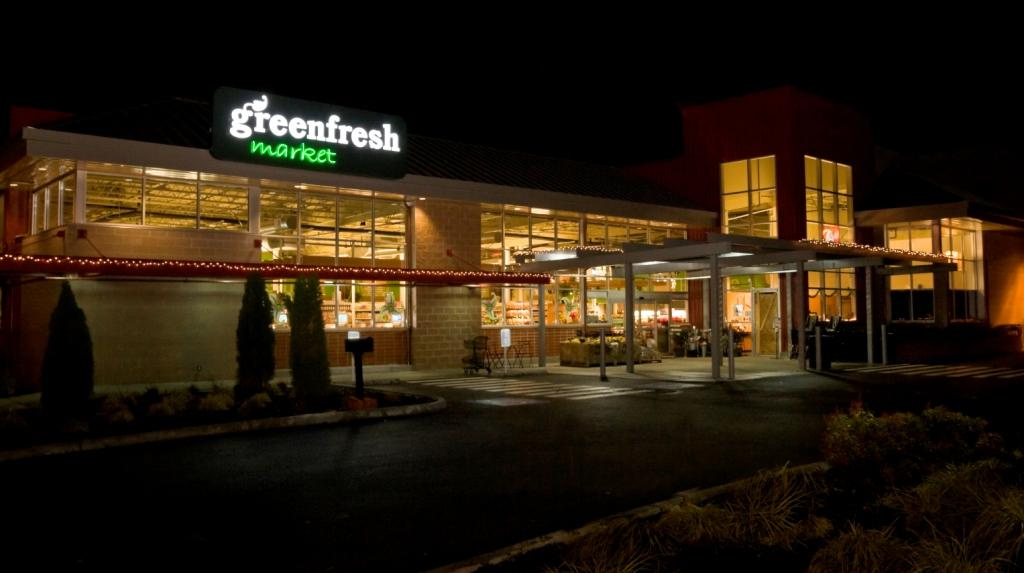 The Greenfresh market, located in Renton Washington. (I-5 Design and Manufacture/Flickr)

Some commentators have suggested that the debate over whether organic or conventional food is healthier is becoming increasingly useless.

Back in 2009, food writer James McWilliams pointed out that only about 2.5 percent of food eaten in the United States is organic — and the typical consumers tend to be college-educated and fairly well-off. That means we're quibbling over marginal nutritional differences (if any) for a population that's already fairly healthy.

By contrast, about 73 percent of the US population doesn't eat the recommended five or more servings of fruits and vegetables each day. For many nutritionists, that's a much more pressing concern — fixing that shortfall would swamp any health benefits organic food might have.

Indeed, a few experts wonder if the endless debate over organic versus conventional might even be counterproductive: "I worry that some consumers might actually reduce their consumption of fruits and vegetables because of pesticide residue concerns," notes Winter, "which would do them more harm than good."

Even some proponents of organic food have suggested that the nutrition question is a bit of a sideshow. On her blog, Marion Nestle argues that the case for buying organic produce hinges more on how our food is produced and concern for the environment: "As I said, if they are more nutritious, it's a bonus, but there are plenty of other good reasons to prefer them."

Nestle doesn't list those reasons, but proponents often cite things like less fertilizer runoff and pollution or fewer antibiotics being used in farms or less pesticide exposure for farmworkers.

Still, the Guardian recently cited one survey suggesting that at least 55 percent of organic buyers list "healthy eating" as a reason for purchasing. So it's unlikely this debate will go away anytime soon — and it'll remain of keen interest to a lot of people.