During a Tuesday press conference, former NFL punter Chris Kluwe threatened to sue his ex-team, the Minnesota Vikings, for discrimination on several grounds.

The reason: the Vikings have refused, Kluwe says, to release the results of an independent investigation into his claims of wrongful termination. Specifically, Kluwe alleges he was released from the team because of his public support for same-sex marriage, rather than anything to do with football.

Kluwe was cut from the Vikings in May 2013. In January 2014, he wrote a Deadspin article that claimed the team's head coach, Leslie Frazier, had told Kluwe to stop airing his views publicly and the team's special teams coordinator, Mike Priefer, consistently used homophobic language in Kluwe's presence. The article accused the team of releasing Kluwe based on Priefer's opposition to his views.

The team immediately denied the allegations, but also announced they'd hired a pair of independent investigators to thoroughly look into the matter. Six months later, the team has still not released their findings, which Kluwe claims they have in hand. That's why he's threatening to sue — but he also noted that his lawyer is meeting with the team on Thursday, and he may drop the suit if the Vikings release the report.

Chris Kluwe's allegations against the Vikings 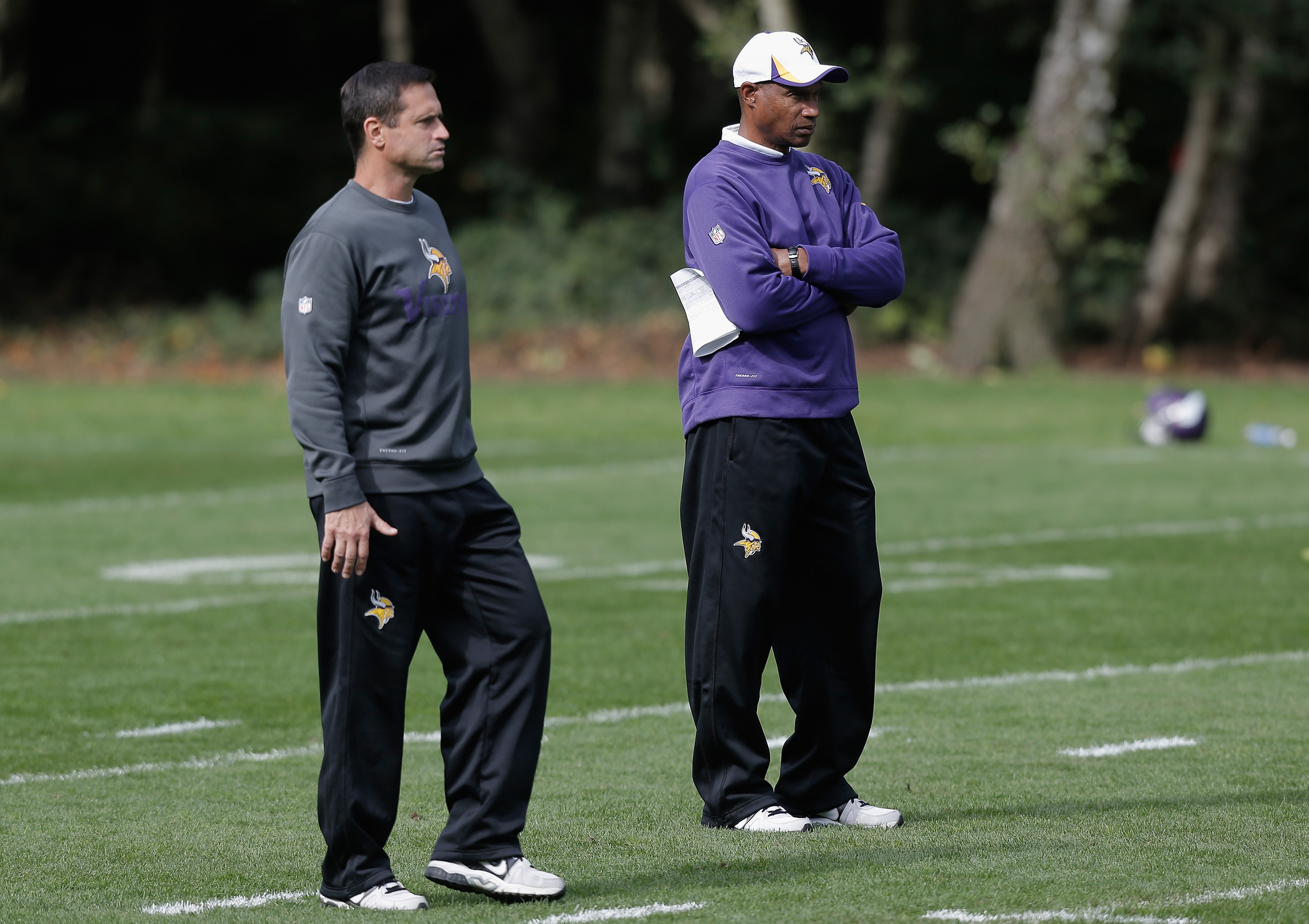 Kluwe played for the Vikings from 2005 to 2012. Unlike most punters, he garnered frequent headlines during that time for publicly airing his views on everything from the NFL lockout to the lack of punters in the Hall of Fame.

Kluwe was especially vocal in his support for same-sex marriage, publishing articles on Deadspin, writing a letter to the editor to a Minnesota newspaper, and acting as a spokesman for the group Minnesotans for Marriage Equality.

the team cut kluwe, telling him the decision was solely based on on-field performance

During the 2012 season, Kluwe alleged, the Vikings' then-head coach Leslie Frazier repeatedly told him to stop airing his views publicly. Kluwe believes this was a result of Mike Priefer's prodding, as Priefer allegedly began using homophobic language around Kluwe during the same time.

A few samples: Priefer allegedly told him he'd "wind up burning in hell with the gays," and announced to Kluwe and other players in a meeting that "we should round up all the gays, send them to an island, and then nuke it until it glows."

After the season — which was a statistically average one for Kluwe — the Vikings took a punter in the fifth round of the draft. A few days later, in May 2013, the team cut Kluwe, telling him the decision was solely based on on-field performance.

Kluwe doesn't believe this, and after a brief stint with the Oakland Raiders the next season, publicly announced his allegations in January 2014 in an article titled "I Was An NFL Player Until I Was Fired By Two Cowards And A Bigot." 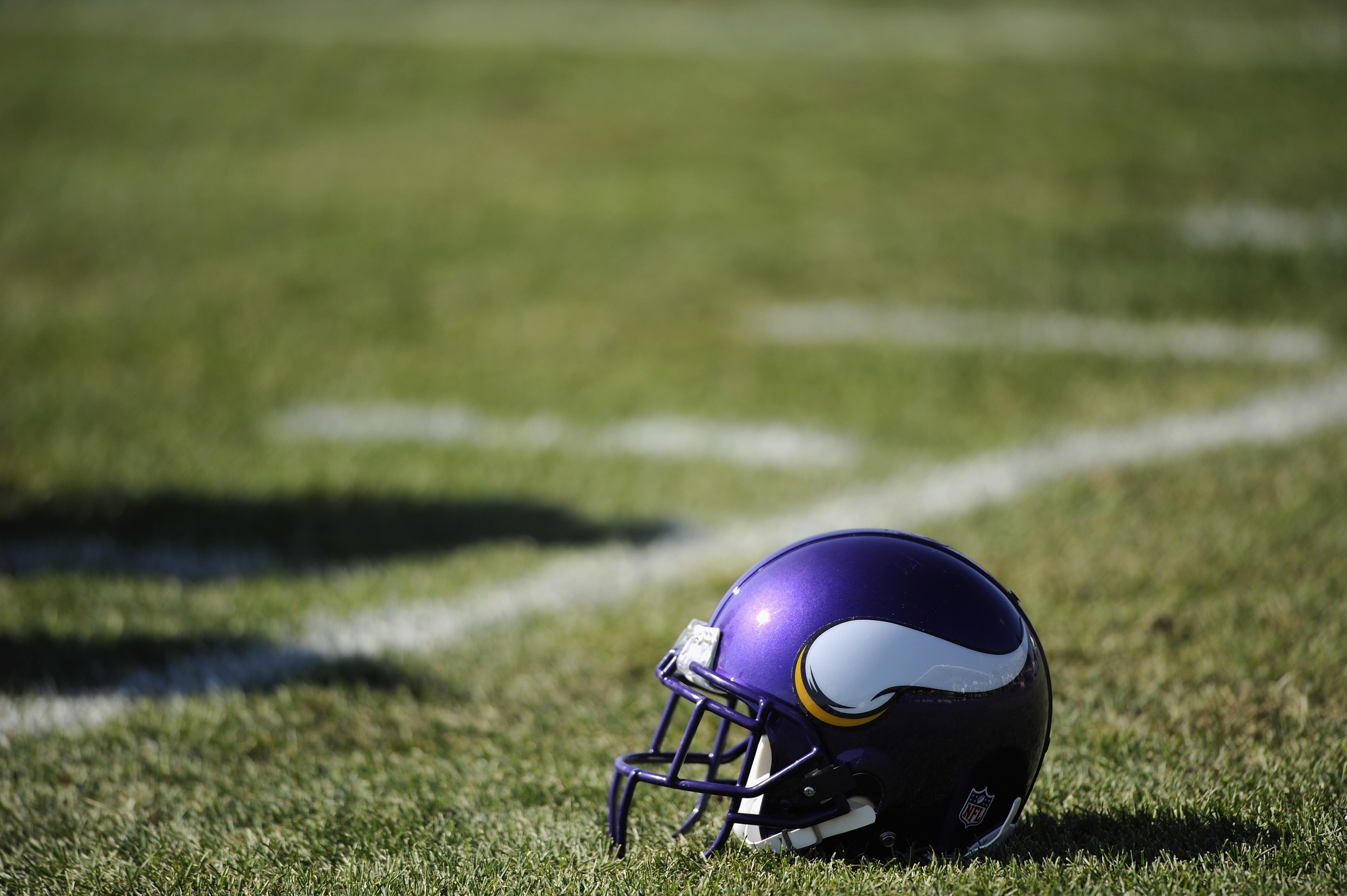 Both Priefer and the team immediately denied the allegations, with the team saying he was releases solely for football reasons. But a day later, the Vikings also announced they'd hired Eric Magnuson (former Chief Justice of the Minnesota Supreme Court) and Chris Madel (a former US attorney) to lead an in-depth investigation.

The investigation would concern Priefer's alleged homophobic comments, the team's knowledge of them, and the claim that Kluwe's activism was the true cause of his release. The Vikings reportedly told Kluwe they'd make the results public when it was finished.

In June, Kluwe's lawyer Clayton Halunen said he was told the report would be released in a few weeks, and was more than 150 pages long. But during a meeting on Monday, Halunen claims, the team reneged on this promise, declining to release the report even though it's been completed.

In response, on Tuesday, Kluwe held a press conference at Halunen's Minneapolis office and threatened to sue the team for wrongful termination.

However, the team says it didn't in fact tell Halunen that the report won't be released, and has simply given it over to lawyers to look at before publication. Both the Vikings and Halunen are in agreement that another meeting will take place Thursday, and Kluwe says he might drop the lawsuit if the report is released.

In all likelihood, this press conference and the threat of a lawsuit are basically a bargaining tool. By drawing attention to the report once again, Kluwe is increasing the pressure on the Vikings to release it.

if the vikings release the report, things could get ugly

But if they do, things could get ugly. At this point, it's all rumors, but Halunen claims that the report corroborates many of Kluwe's claims, including some of Priefer's most vile comments.

Even if Kluwe doesn't sue, this could end up being a huge issue for the Vikings and the NFL. Priefer has continued to work for the team for the past six months, while players like Richie Incognito were suspending during investigations looking into very similar kind of behavior.

After the scandal surrounding Incognito — he and other players on the Miami Dolphins harassed and threatened offensive lineman Jonathan Martin with homophobic and bigoted comments, leading to him having a breakdown and quitting the team — the NFL has made a public effort to change its locker room culture this offseason. This report could be hard evidence that the league's coaches are a big part of the problem.