Marvel's Thor is going to be a woman: explained

Share All sharing options for: Marvel's Thor is going to be a woman: explained

The newest chapter in Marvel history was written on Tuesday when the company announced that Thor, the god of thunder, was going to be a goddess in a new comic series.

Huh? How does Thor switch genders?

Thor and his powers (super strength and weather manipulation) are, according to Marvel's folklore, determined by his hammer Mjölnir. If you can pick up the hammer, then you're considered "worthy" to wield the powers of Thor. And according to Marvel, the hero currently known as Thor will, for some reason, not be able to hold the hammer anymore, and a female will take his place. 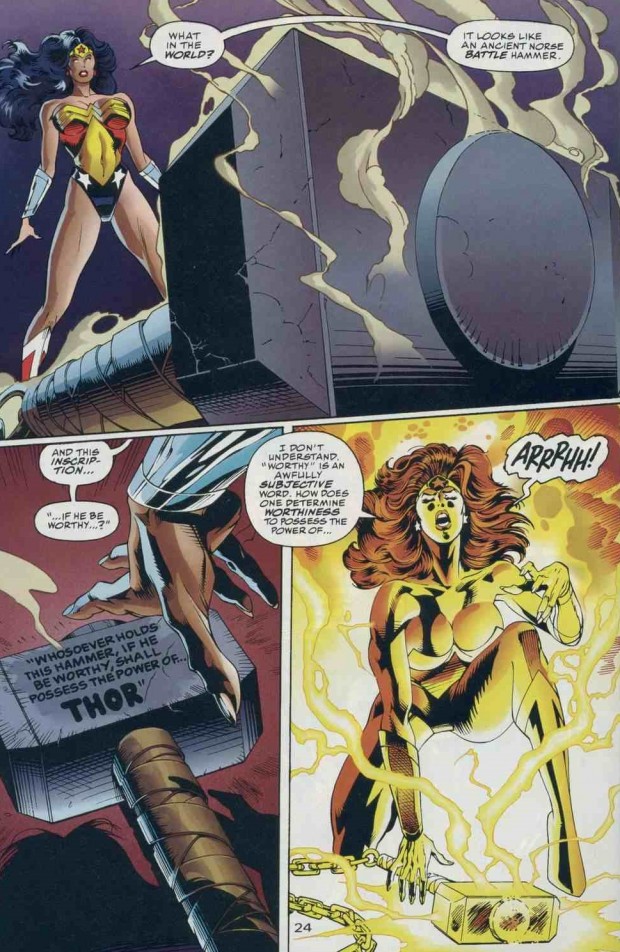 "The inscription on Thor’s hammer reads ‘Whosoever holds this hammer, if HE be worthy, shall possess the power of Thor.’ Well it’s time to update that inscription," says Marvel editor Wil Moss, said in a release pegged to the announcement.

There have been heroes like Wonder Woman and Beta Ray Bill who have been "worthy" enough to hold Mjölnir in the past, but Marvel is insisting that this is different.

Who is the new Thor? What do we know about her?

Nothing. Her origin, her name, and where she came will all be dissected in the THOR series. There'd be no fun or a point of having the comic if all of Thor's secrets were spilled today.

Is this some  BS? Will she be like the Supergirl to Superman?

Actually, yes. Russell Dauterman, an artist working on the series, shared a picture of what his female Thor will look like: 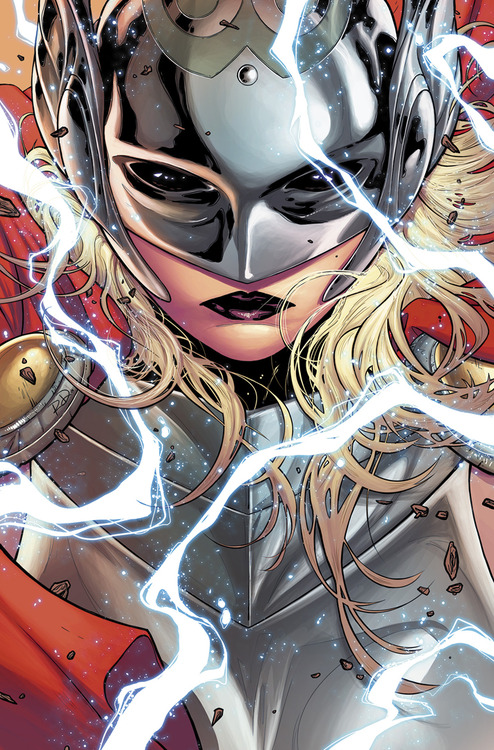 But what of Chris Hemsworth?

He's fine. Hemsworth is locked in a contract to appear as Thor for at least three more films. But this might be as good as time as ever to point out that there's a sharp disconnect in what gets printed in comic books and what gets turned into movies.

The Marvel universe is full of alternate realities and deaths that never make it on-screen. There's a Latino Spiderman, a Peter Parker who is really Dr. Octopus, a dead Professor X, and a gay Colossus in some of Marvel's comics. But ultimately, it's movie studios who choose and pluck which story lines and which characters make it to their movie versions.

And the new Thor's story is just getting started. By contrast, X-Men: Days of Future Past was a comic arc that first appeared in 1981. Going off of that timeline, it might be a while before we see this version of Thor in theaters.

What happens to Loki?

Thor's gender probably won't change the way his brother (and archenemy) Loki feels about him or her. Also, Loki himself has been through plenty of changes in the comics, and appeared reborn as both a woman and a young child (Thor Vol. 1 617).

What is Marvel up to?

Again, it's unclear what Marvel's full plans for Thor are. But a female Thor seems to fit in to company's recent streak of empowering its female superheroes like Storm and She-Hulk with solo books and upping diversity in its comic book pages.

Of late, there's been a clear message from the company with books like The Ultimates, that its female readers matter and that straight white guys aren't the only ones who can save the world. And turning Thor into a woman is a big move. He's currently one of Marvel's mainstays and is one of the company's most iconic heroes.

Meanwhile, over at DC they're still trying to figure out what to do with Wonder Woman.