Six Californias: Why residents may soon vote on a plan to break up the state

Share All sharing options for: Six Californias: Why residents may soon vote on a plan to break up the state

For the past few months, a tech billionaire has been promoting a "Six Californias" plan to break up California into, well, six states. And on Monday, he said he had collected enough signatures to put the plan up for a statewide vote in 2016. So what, exactly, does the plan entail? What are its implications? And does it have any real chance of becoming law?

The plan would split the state of California into six smaller US states — each with its own governor and legislature — as you can see in this map: 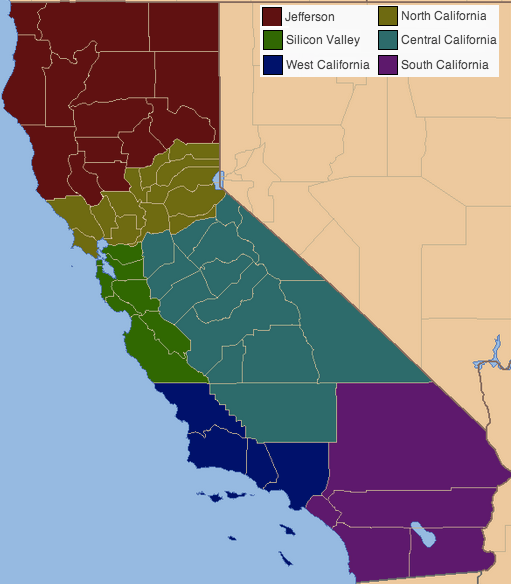 The proposal's chief backer, venture capitalist Timothy Draper, argues that with six states instead of one, government would be more decentralized and responsive. "The existing breadth of industry and various interests in California is untenable," Draper has said. He argues that the state's economy and educational systems have stagnated, partly because of the state's centralized bureaucracy — and he thinks dispensing with this bureaucratic baggage would allow for more innovation in governance. Under his plan, he told Gregory Ferenstein at TechCrunch, "Each new state can start fresh. From a new crowd sourced state flower to a more relevant constitution." Then, these "start-up states," as he calls them, "will be able to compete with each other, for us" — trying to lure businesses and residents.

You can watch Draper make the case in the video below:

Does the plan have a chance?

It doesn't look like it. It would have to overcome three barriers, listed here in order of increasing difficulty:

Who is behind the plan? 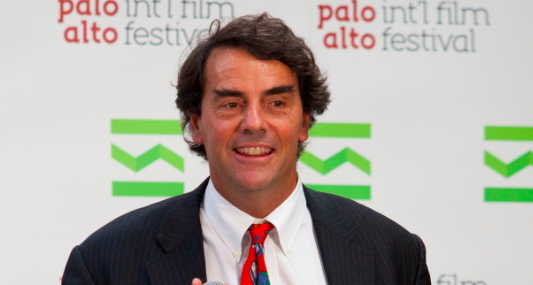 Wealthy venture capitalist Timothy Draper created the plan and funded signature-gathering efforts. His grandfather William Draper was one of the first venture capitalists to invest in tech on the West Coast. Tim Draper started his own venture capital firm, later renamed Draper Fisher Jurvetson, in 1985. The firm now has an estimated $7 billion in assets, and its notable investments include Hotmail, Skype, and Baidu. In late June, Draper spent $18 million or so to win an auction for bitcoins that the government seized from Silk Road, the online drug market.

What are some implications of the plan?

The plan's most dramatic implications would be for wealth distribution and inequality. The proposed new state of Silicon Valley (where Draper lives) would become the richest state in the nation, while the new state of Central California would be the poorest, according to a report by the state legislative analyst's office. This table from the report shows that, in 2011, the state's personal income tax base was concentrated overwhelmingly in just 3 of the 6 proposed states:

The richer areas of California also currently subsidize schools in poorer regions of the state, as seen in this chart from the report: In March, the Huffington Post featured an excellent infographic by Alissa Scheller with county breakdowns showing just how rich and poor some of the new states would be. Click over to HuffPo for the full graphic, but here's one particularly dramatic section showing some of the richest and poorest areas: 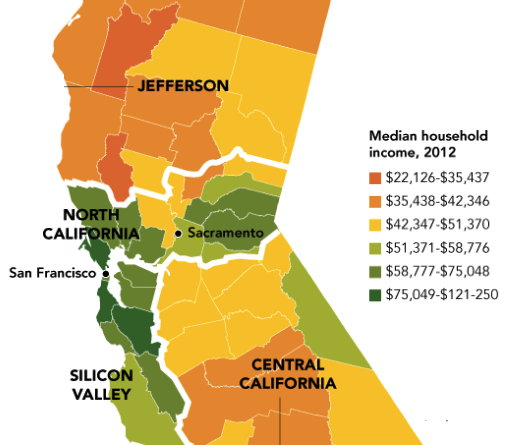 For his part, Draper has asserted that "t​he people in Central California,​ and the people in​ Jefferson​, who would be the poorest states, ​are the ones who are the most enthusiastic​ supporters of Six Californias." He says they feel unrepresented under the current regime and want to be broken away from Sacramento.

If Draper's signatures are sufficient to qualify the proposal for the ballot, then expensive advertising campaigns will be waged to try and sway California's voters, and political consultants will make a lot of money. But even if it does manage to pass — without winning Congress's approval, California can't split apart.