Share All sharing options for: Gay men are less likely to be obese — and 6 more facts about sexual orientation and health

Roughly 2.3 percent of Americans identify as gay, lesbian, or bisexual, and their sexual orientation can correlate with differences in access to care and health outcomes.

A new federal health report released Tuesday is the first large-scale government survey to measure Americans' sexual orientation and compare differences between the groups. The survey of nearly 35,000 adults found that 96.5 percent of Americans identify as straight, 1.6 percent as gay or lesbian and 0.7 percent as bisexual, with 1.2 percent saying they identify as something else, they don't know, or they refuse to answer.

The survey provides the first-ever deep dive into some of the real health-based differences between straight, gay, lesbian, and bisexual Americans. Here are the seven biggest findings. 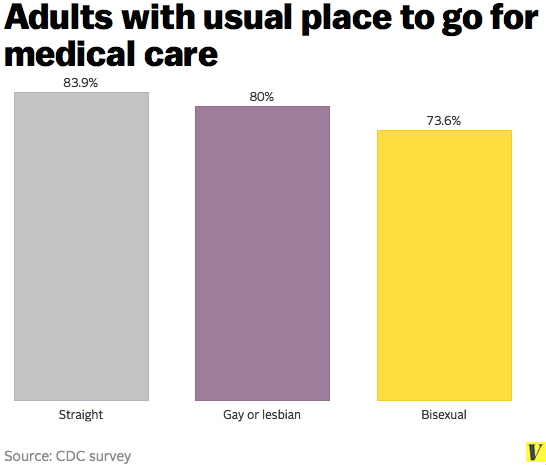 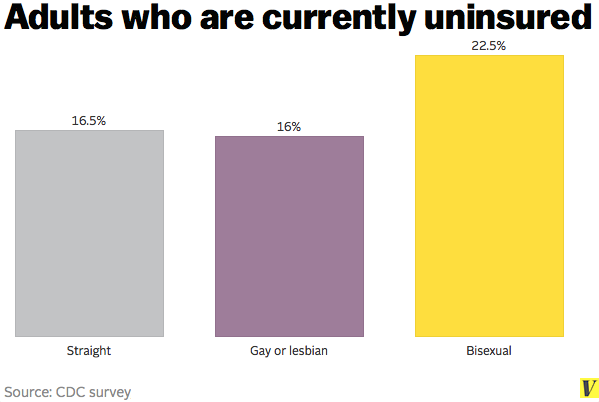 3) Gay, lesbian, and bisexual Americans are more likely to smoke and drink heavily 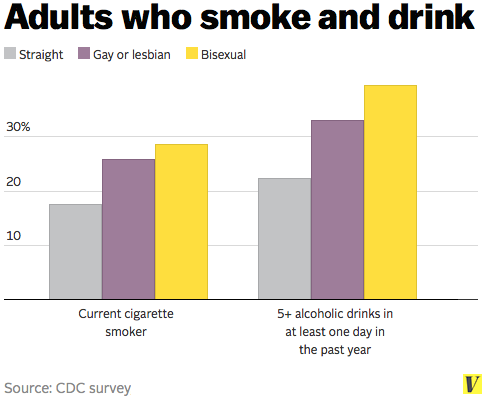 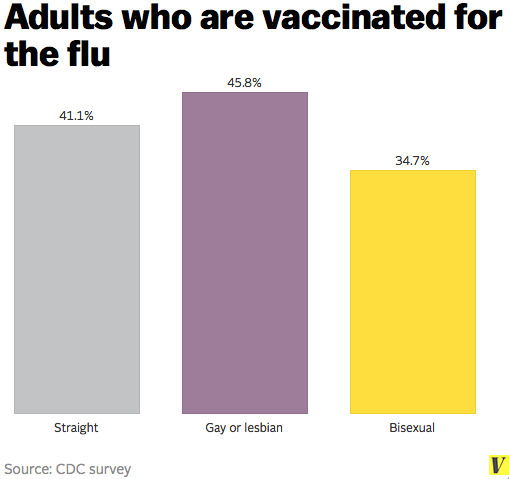 5) Gay, lesbian, and bisexual Americans are much more likely to get tested for HIV 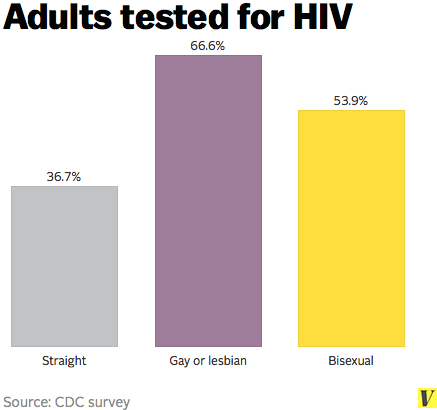 6) Straight Americans are less likely to be physically active 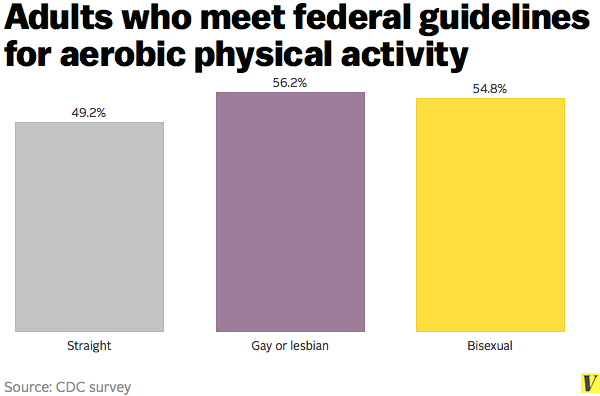 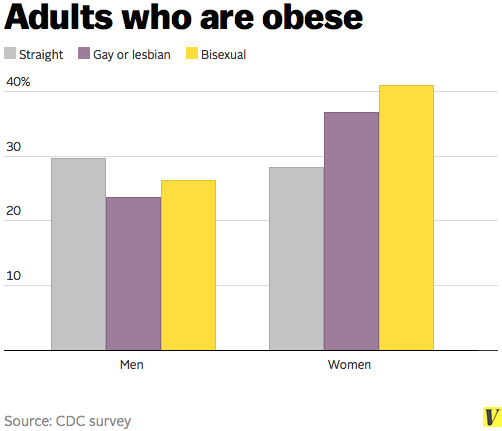 Although some of the data is eye-opening, the survey doesn't give any explanation for its findings. It's unclear, for instance, why bisexual Americans in particular seem to have worse access to health care than the rest of the population.

Some of the findings for physical fitness among gay and bisexual men could have roots in what is actually a problem in the community: the prominence of body image issues and body shaming. A 2007 study found 15 percent of gay or bisexual men suffered from an eating disorder at some point, compared to 5 percent of straight men. As psychotherapist Matthew Dempsey explained in a video, gay and bisexual men may focus so much on their body image to mask deeper feelings of inadequacy and even shame about their sexual orientation.

Many of the questions raised by the survey simply don't have answers yet. The report states that, with this data, researchers at least have a starting point on which to base future investigations.