Why Hamas' military wing scuttled a ceasefire with Israel

Share All sharing options for: Why Hamas' military wing scuttled a ceasefire with Israel

Just hours after Israel accepted an Egyptian-brokered cease fire agreement on Tuesday morning, the calm collapsed. Hamas continued to fire rockets into Israel, and its militant wing announced "We will continue to bombard until our conditions are met," which Israel saw as a clear rejection of the cease fire agreement. After six hours of holding its fire, Israel resumed bombing the Gaza Strip — and it's not clear, now, when the fighting is going to stop.

There are two critically important parts of this story. First, why did Hamas appear to reject the Egyptian cease fire, and could it change its mind? Second, what is Israel going to do now? Here's some theories that might answer both questions — and shed some light on what could happen next.

First, no one's quite sure what Hamas thinks about the cease fire agreement. That may sound bizarre, given that they've clearly violated its terms and never accepted it, but the group has not yet issued any official statement on the deal. The New York Times, CNN, and leading Israeli newspaper Ha'aretz all reported that Hamas' cabinet was still considering the proposal as rockets were falling.

What this suggests is that there may be a real division between Hamas' military wing, the Izz ad-Dim al-Qassam Brigades, and its political leadership. Nominally, the military wing reports to the political wing, but it's not clear that the political wing has total control over rocket fire. Notably, an al-Qassam statement, not a Hamas political spokesman, claimed responsibility for the rocket attacks that continues after the ceasefire. And just after the proposal was announced, a military wing statement said the ceasefire agreement "is not worth the ink that wrote it."

That's assuming the political wing actually wants a cease fire. Hussein Ibish, a senior fellow at the American Task Force on Palestine, thinks Hamas is really after concessions from Egypt. Specifically, they want Egypt to open the border crossing between Gaza and Egypt at Rafah — the only above-ground route into Gaza not controlled by Israel. Hamas also wants Egypt to facilitate the flow of Qatari and other outside money into the Strip. Their plan appears to be to leverage Egyptian public sympathy into concessions from Egypt's military leaders. 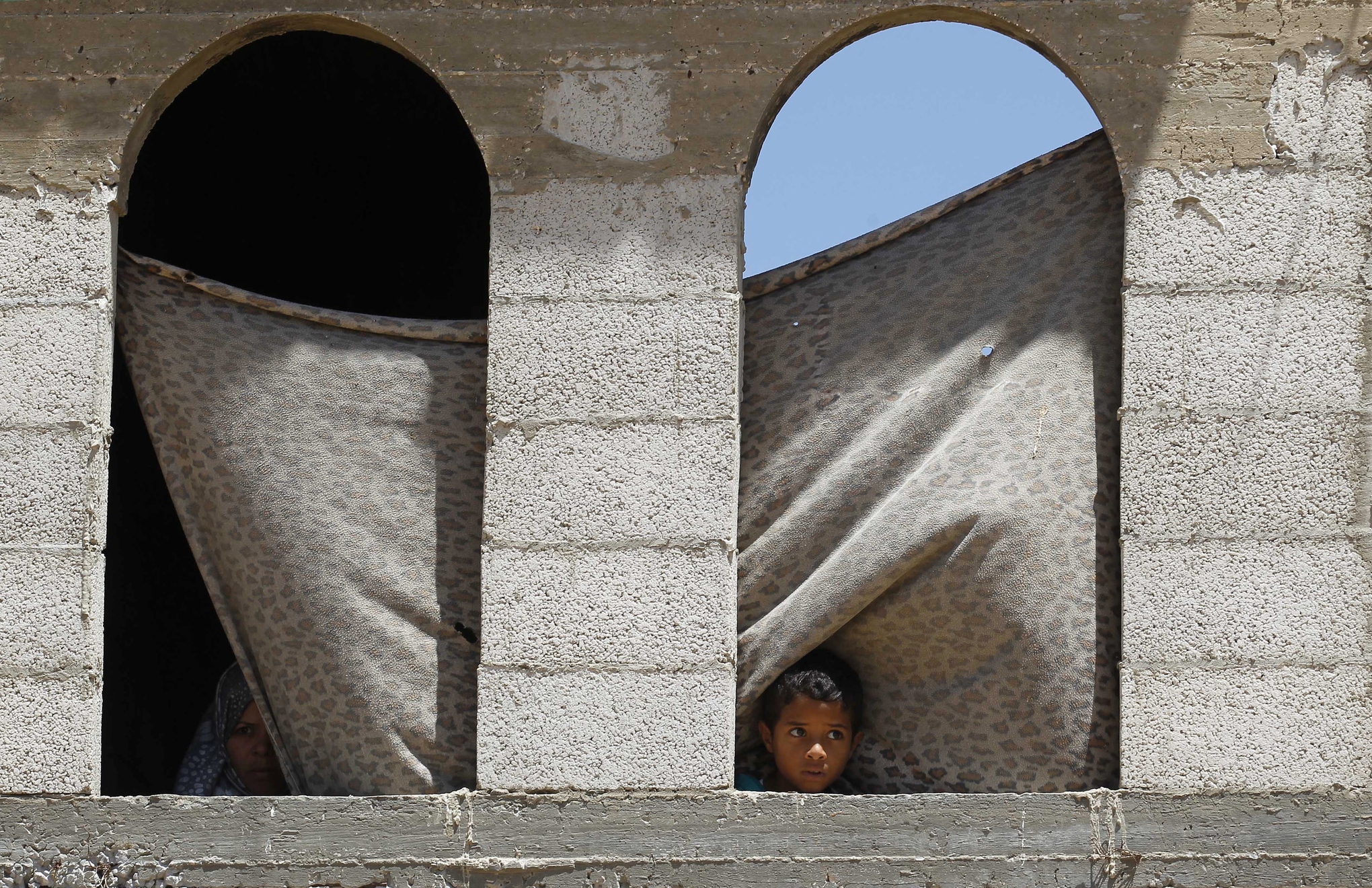 Two Gazans look out onto the street. Said Khatib/AFP/Getty Images

If Ibish is right, then Hamas' rejection of the ceasefire may not principally be about divisions between Hamas factions. The text of the Egyptian agreement says "crossings shall be open" once "the security condition becomes table on the ground," but it says nothing about what that means specifically for Rafah. And there's no mention of cash transfers. So it's possible that Hamas ignored the ceasefire because it's holding out for a better deal from Egypt.

That means more fighting with Israel. "Israel is giving Hamas an opportunity to also accept the Egyptian proposal," Israeli Justice Minister Tzipi Livni said. "If Hamas doesn't take up the proposal, Israel will continue to use force against it — and a lot of it."

Livni is one of the more dovish members of the Israeli government. Foreign Minister Avigdor Lieberman, who reportedly voted against the ceasefire in Israel's security cabinet meeting, made the provocative argument that Israel needs to invade and reoccupy Gaza. "A full takeover of the Gaza Strip is Israel's only course forward," Lieberman said.

It's doubtful Lieberman speaks for the rest of the Israeli government. But there's a serious chance Israel could begin a major ground operation against Hamas in Gaza, as it did in early 2009.

Yedioth Ahronoth, an Israeli paper, reports that the Israeli Defense Forces have already recommended a hypothetical plan for a ground assault to the political leadership. It would "take somewhere between a week and two weeks," according to a senior IDF source, and would target the tunnels Hamas uses to smuggle supplies in and out of Gaza. The senior IDF official said the operation "has high chances of being successful." 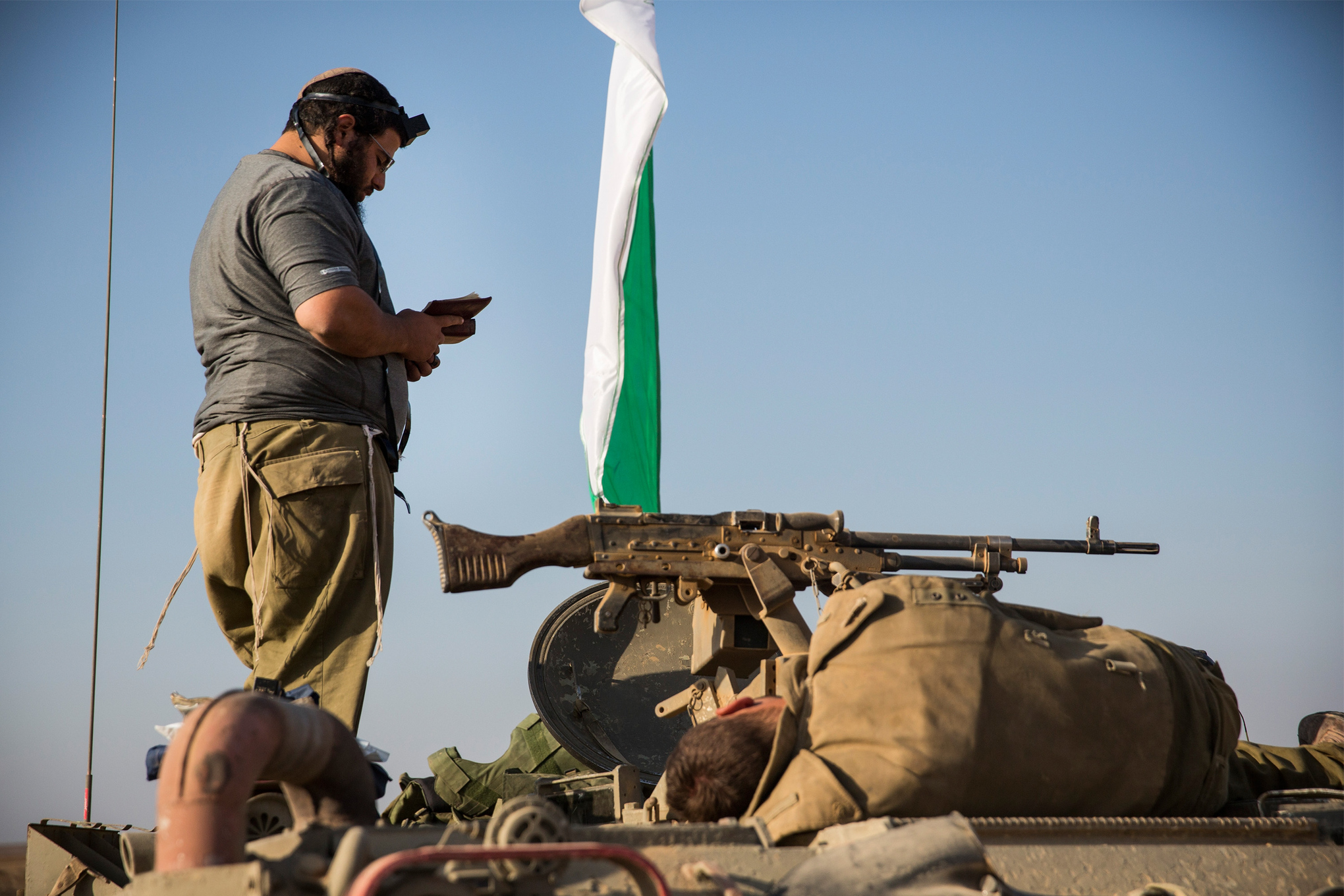 An Israeli soldier prays atop his vehicle while another sleeps. Andrew Burton/Getty Images

Ground operations are brutal. Any move into Gaza would likely result in the first Israeli military casualties of the conflict, and would add significantly to the 185-plus Palestinians already killed during the fighting. Israel hasn't sent ground troops into Gaza in five years, so Hamas has had plenty of time to prepare defenses.

So it's not clear whether Hamas and Israel will be able to come to terms, or whether the conflict will get worse. The status quo — Israeli airstrikes and Hamas rocket fire — is certainly bad enough.