Back in the fall of 2013, it wasn't exactly a bold move to predict Obamacare would turn out to be a complete disaster. Americans are "not interested" in signing up, talk radio host Rush Limbaugh declared on his radio show in late October.

House Speaker John Boehner was a bit more pointed. "When you step back and look at the totality of this," he said at a November press conference, "I don't think it's ever going to work."

These days, Obamacare seems to be working reasonably well. More Americans have health insurance now than did a year ago.  People who bought Obamacare say they're generally pretty happy with their health insurance plans and that they can mostly get a doctor appointment within two weeks.

Looking back at expectations set  last fall and this spring shows how terribly pundits and politicians expected Obamacare to go — and how much of the predicted disaster never actually happened. 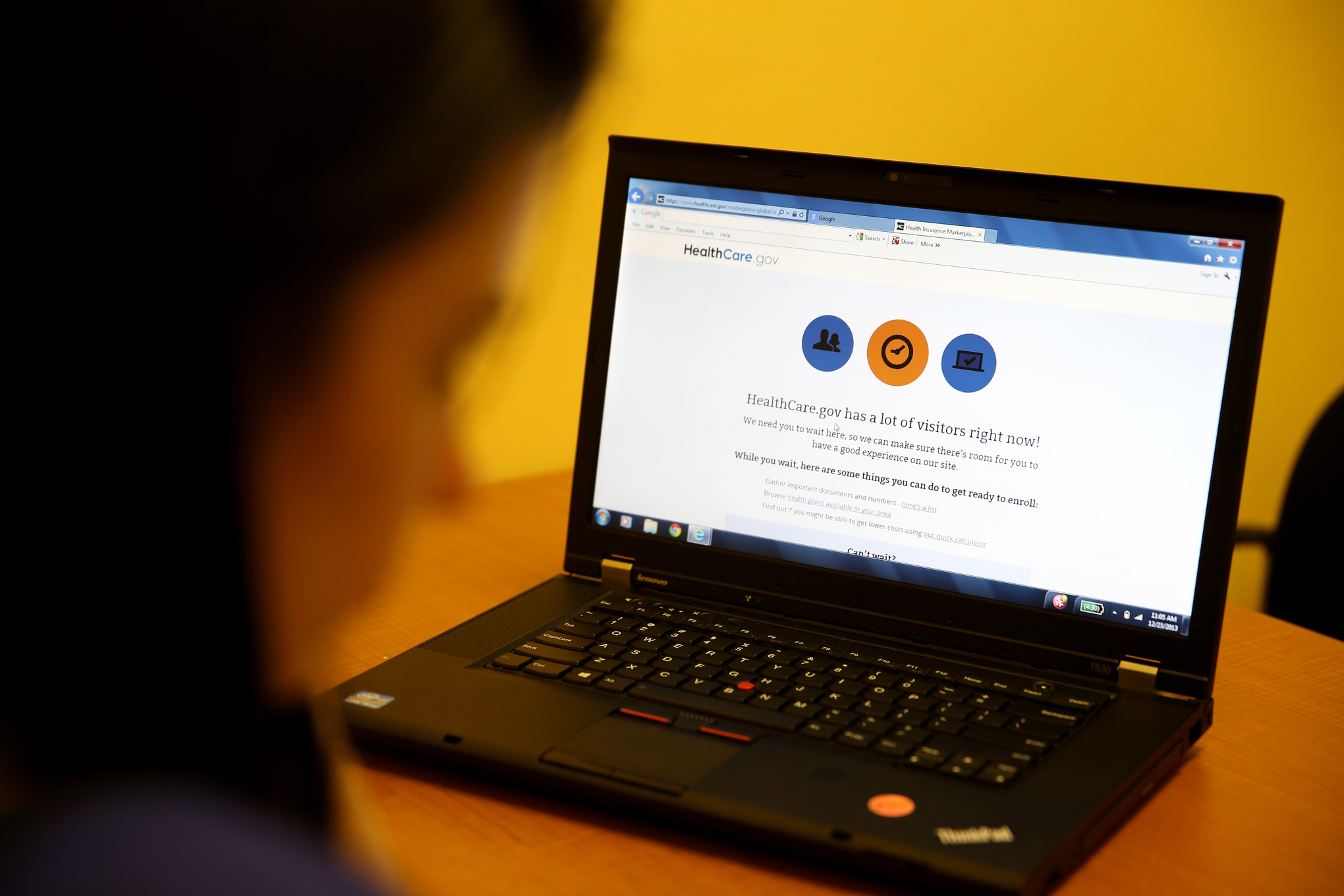 "Obama's healthcare.gov will never work as specified," Forbes contributor Bill Frezza argued on October 28. He made the case there was no way that the Obama administration could fix the Helathcare.gov mess legally.

"It can only be fixed by breaking the law-the 'settled law' Democrats seem so fond of these days," he writes there. "Someone has to decide which rules and regulations to ignore and which to enforce, which to enact and which to delay, who is to be exempted and who is to be railroaded."

Frezza's warning was among a chorus of the first wave of failure predictions: that Healthcare.gov wouldn't be fixed any time soon — if ever.

Healthcare.gov was definitely a disaster during its first two months; only six people managed to sign up on its first day. But it was essentially fixed by the end of November, when most people were able to use the website to purchase health insurance coverage. As recounted in Steve Brill's Time magazine cover, the story behind Healthcare.gov's turn around was a bunch of tech geeks getting into a room and figuring out how to make a website work. It wasn't about throwing rules overboard.

2) Even if the website works, nobody wants to buy Obamacare 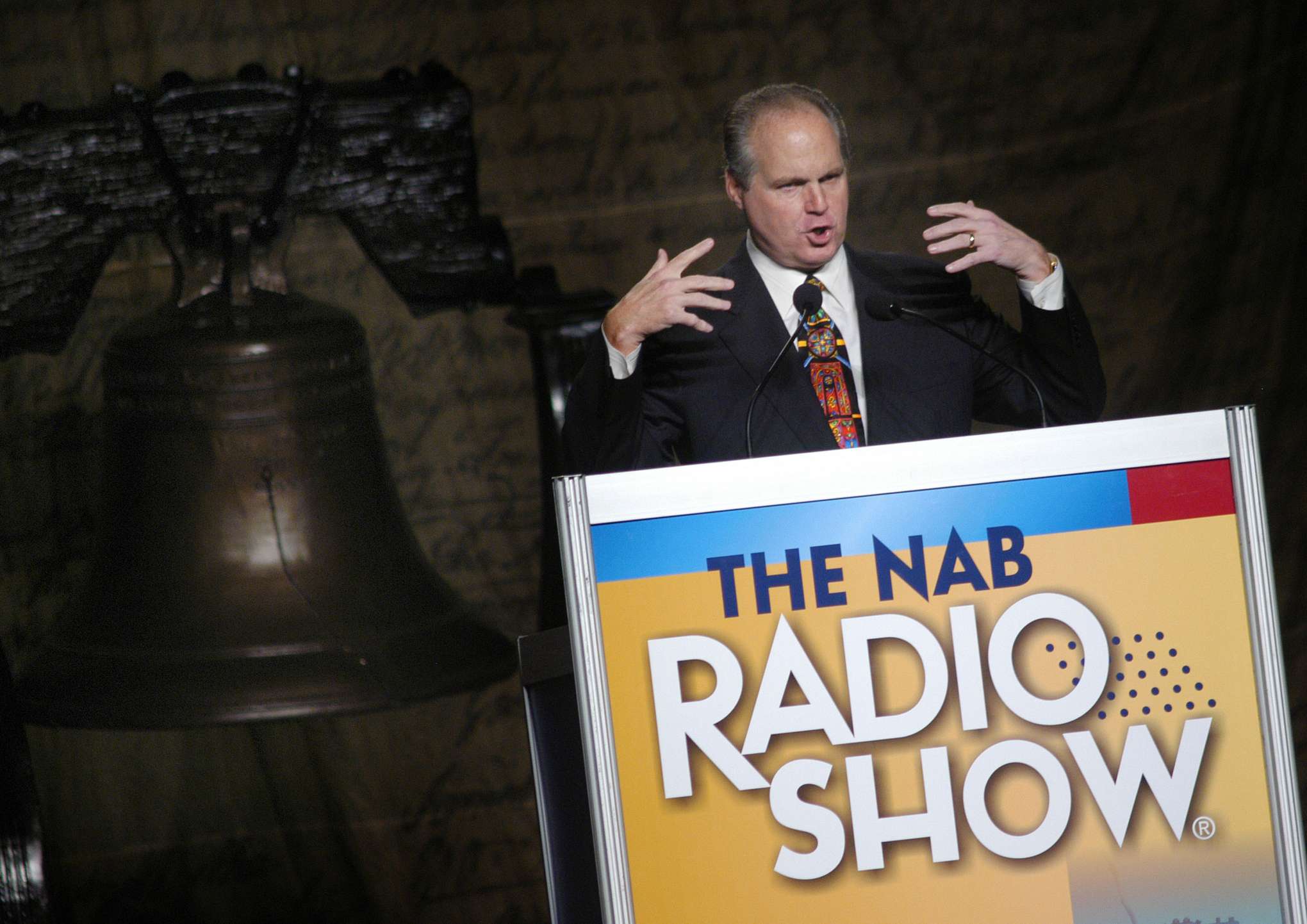 Rush Limbaugh predicted on his October 24 that Americans would never sign up for the insurance expansion, regardless of whether Healthcare.gov got fixed. He pointed to states like New  York that had functional websites yet, in the first month of open enrollment, few sign-ups.

"There are states out there that are not having any troubles whatsoever on their websites for people to get health insurance," Limbaugh says in the same show. "The thing remarkable about those states is nobody's signing up. New York state, nobody has gone to that website to sign up."

About 8 million people signed up for private insurance coverage. This likely had to do with the fact the law has lots of strong incentives to purchase insurance, from government subsidies to a mandate that most Americans need to carry coverage.

"At this pace, the Obama administration will never be able to meet their enrollment goals," Sen. Orrin Hatch's office declared in (R-Utah) a November 13 press release. The senator described the 106,000 enrollees as "a far cry from the hundreds of thousands of Americans the Administration said would sign-up for ObamaCare by the end of the month.

The disparity between the Obama administration's projected sign-ups — and the actual people enrolling in coverage — persisted through the end of 2013, as did predictions that the 7 million enrollees goal was unattainable. As my then-colleague at the Washington Post (and now colleague here at Vox) Ezra Klein wrote in November, "Obamacare won't get 7 million enrollees in 2014 — and that's okay."

Those predictions ultimately missed the surge in sign-ups that would happen in late March. When it came down to March 31 the deadline to purchase insurance coverage, lots of shoppers rushed to buy coverage. 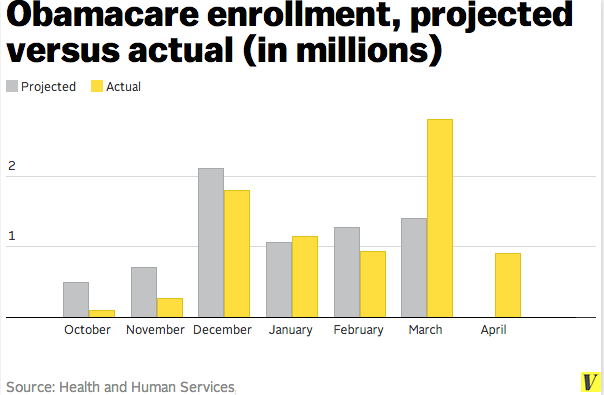 It wasn't that Obamacare missed its sign-up targets. Forecasters, instead, seemed to have missed how strongly the final deadline would motivate enrollment. People who couldn't get the website to work in October or November seem to have returned to shop in February and March.

4) Only people who already had coverage are signing up

This was a three-pronged argument that showed up in late 2013. Even if Healthcare.gov were fixed and people signed up for insurance, it would just be the people replacing old insurance plans. Nobody new would actually gain private insurance.

"What you have basically done is a churn where you've knocked people off their old insurance and then gotten them on the exchanges," the National Review's Rich Lowry argued on Meet the Press. "There's not much upside to that."

Much of this prediction was fueled by an early report from the consulting firm McKinsey, which showed only one in ten Obamacare enrollees were newly insured.

Subsequent data, from McKinsey and other groups suggests that a larger chunk of exchange enrollees were gaining new insurance coverage. 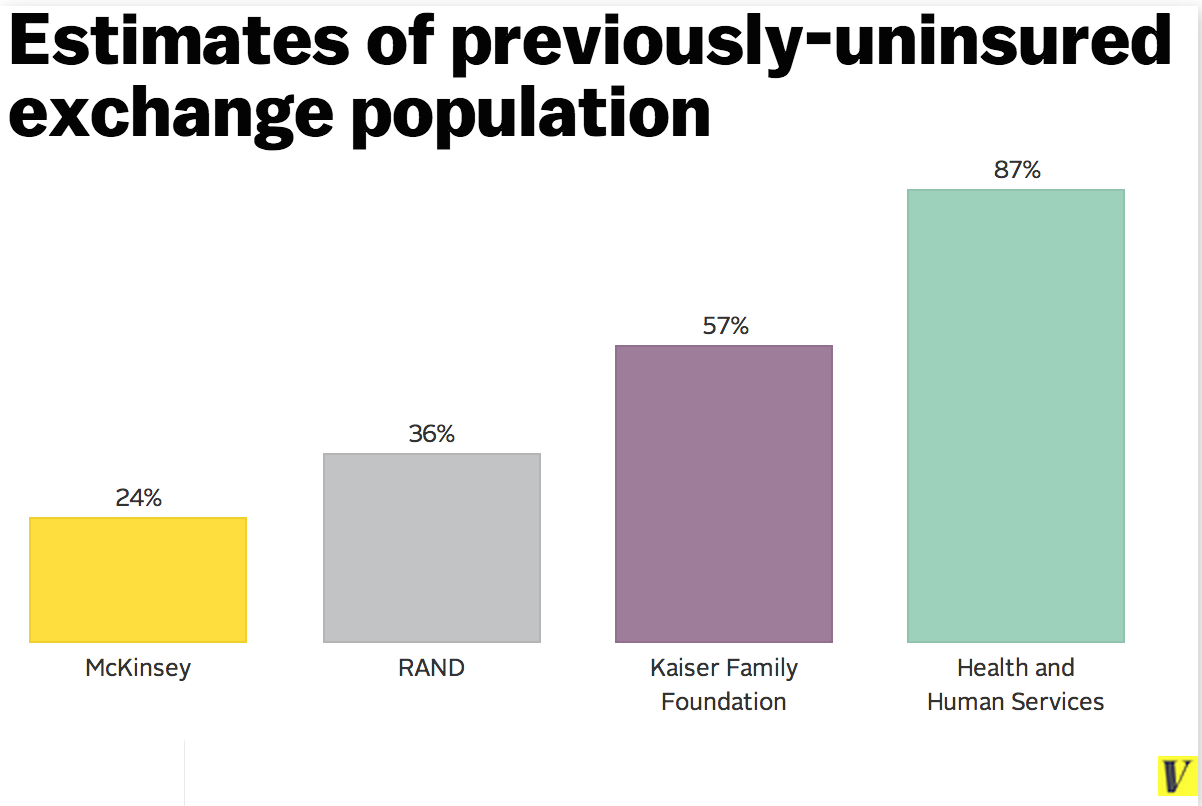 The estimates range between different surveys for reasons explained here. There is definitely a sizable population of exchange enrollees lacked insurance coverage prior to signing up through Healthcare.gov or a state exchange.

5) Obamacare would cause a net-loss of insurance

House Speaker John Boehner argued in March that it was possible fewer people had health insurance after the health law's insurance expansion than prior to it.

He said there that the most recently available data would indicate "indicate to me a net loss of people with health insurance. And I actually do believe that to be the case."'

The math behind his statement: Obamacare had, at that point, 4.2 million enrollees in the the exchanges. An estimated 6 million people had received cancellation notices from the plans they used to — ergo, there were more people receiving cancellation notices than signing up for Obamacare.

What that misses, however, are the people who were purchasing insurance outside of the marketplace. Shoppers who didn't qualify for subsidies could access the exact same insurance plans with fewer technical glitches by going to an insurance broker.

It also completely ignores Medicaid, which has expanded by 6.7 million enrollees since September. All available data very strongly suggests that Obamacare has led to a significant net decrease in the number of Americans who lack insurance coverage. 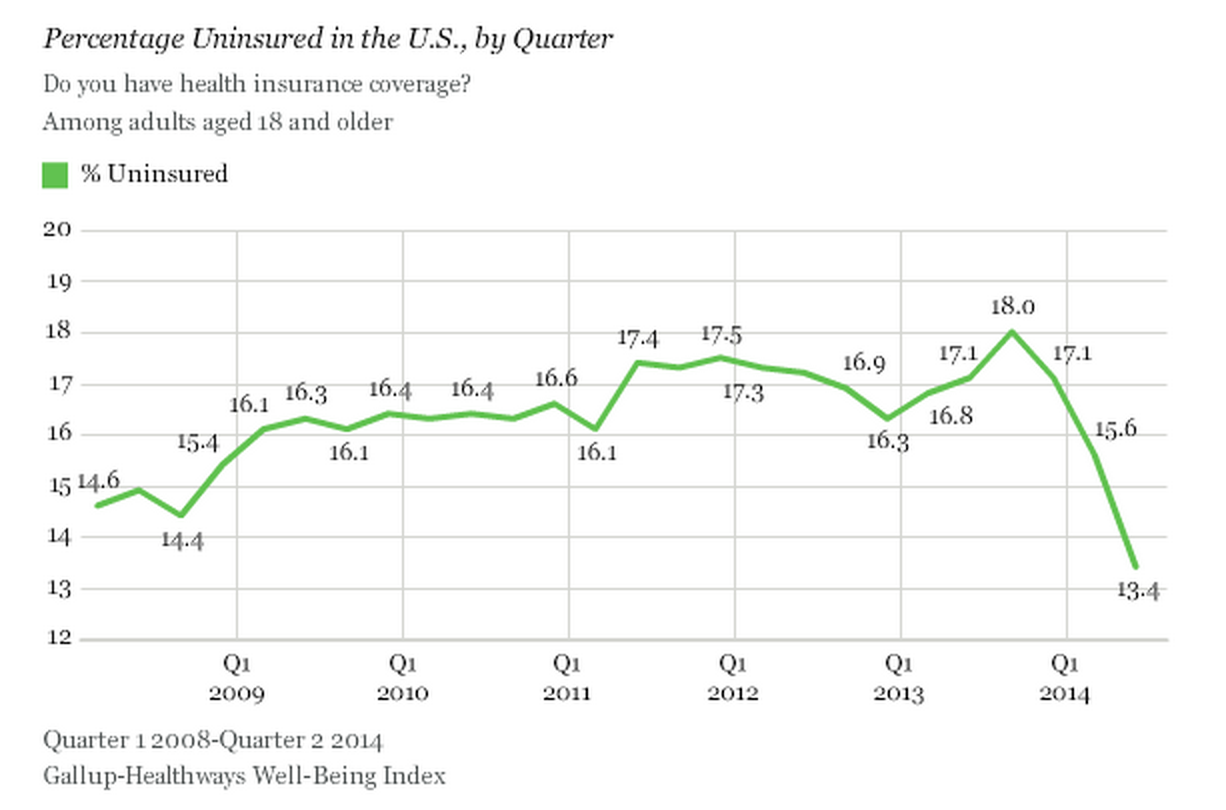 About this time last year, there were lots of predictions that some people who buy their own health insurance would see their rates more than double under Obamacare. Then these predictions showed up again for 2015 rates, with headlines like "O-Care Premiums to Skyrocket."

What actually happened with health insurance premiums was much more modest. Prices on the exchange for this year actually came in 18 percent lower than budget forecasters had initially expected.

Prices for people who were already buying insurance did go up this year, by an estimated 14 to 28 percent. That figure doesn't include any subsidies that some low and middle-income shoppers are getting to help offset the costs.

As for 2015, consulting firm Avalere Health has found insurers to submit "modest" rate increases that range significantly by state. 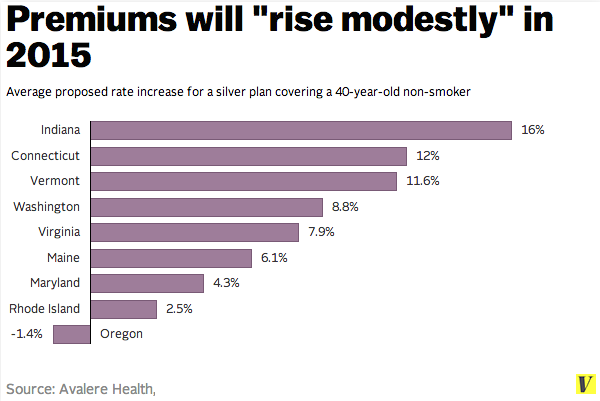 Insurance premiums will go up in most places in 2015, just like they did before Obamacare. But state regulators say the increases they see now are pretty similar  (or sometimes lower)than the ones that happened before the Affordable Care Act took effect. 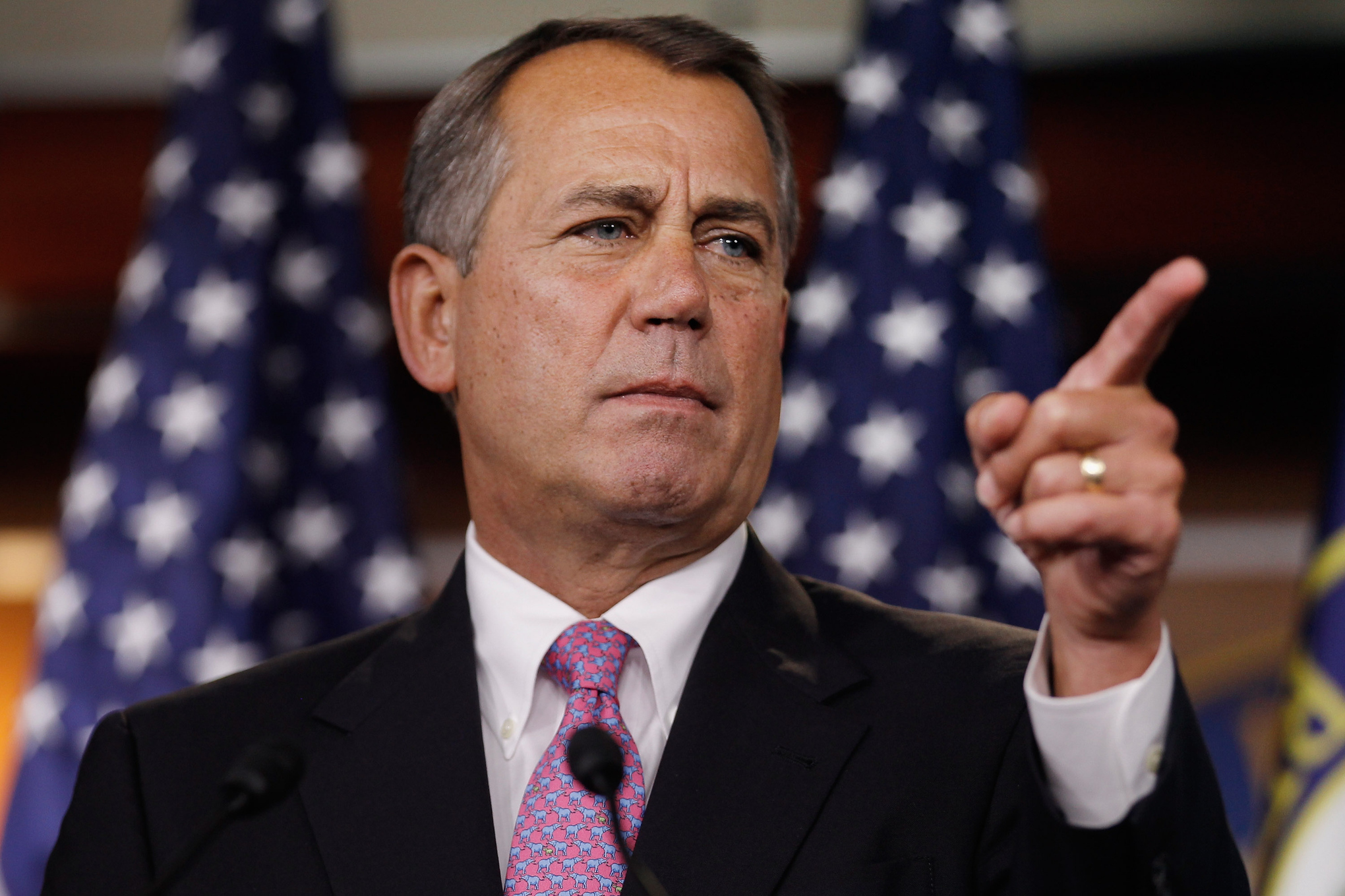 "When you step back and look at the totality of this," Boehner declared at a November press conference.  "I don't think it's ever going to work."

There are a few metrics to measure Obamacare's success — and, on the ones we have data for right now, the information seems to be positive. One is the uninsured rate, which seems to have fallen since the health care law's insurance expansion started. 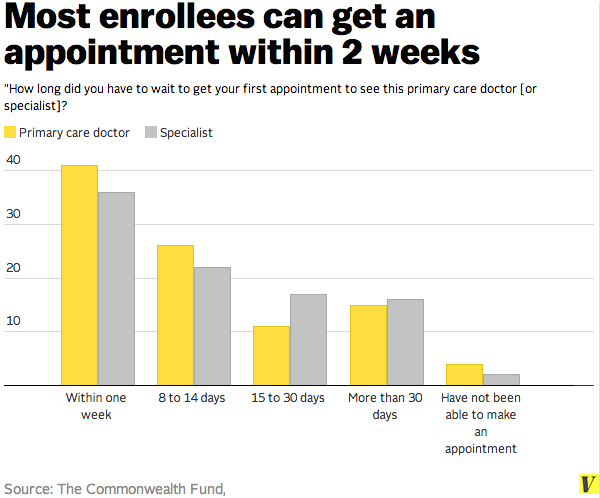 Last, the health care law also aimed to control health spending growth. This is one area where there's just not a lot of data yet. We know that Obamacare has coincided with a period of real slow health cost growth, although whether it caused that slow growth is really hard to tell at this point.

But where there is data, it tends to suggest that Obamacare is doing what it was meant to do  — and not realizing the disastrous Obamacare predictions.