Airbus Industrie, the European airplane manufacturer that competes with Boeing, unveiled its latest offering over the weekend — the A330 Neo (New Engine Option, get it) — a modification of its existing A330 planes that offers a 14 percent improvement in fuel efficiency per passenger.

The efficiency gains come from three major innovations. One is the use of new, superior Rolls-Royce engines. The other is more aerodynamic wings, that will now feature the little upward-sloping "wingtips" at the end that you're seeing on more and more aircraft these days. The last is that they're squeezing a few more seats on the plane. The A330-800 will seat six more passengers than the A330-200 it is replacing, and the longer A330-900 will have ten more seats than the A330-300. They say this can be done without compromising passenger comfort by better "optimizing" the cabin space (which is, indeed, a bit of an odd layout on many A330-200s).

That said, if it's a less comfortable flying experience you're looking for Airbus is also working on that. Brian Fung recently explored a new patent application they filed, which would look to replace bulky cushioned seats with this more bare-bones setup: 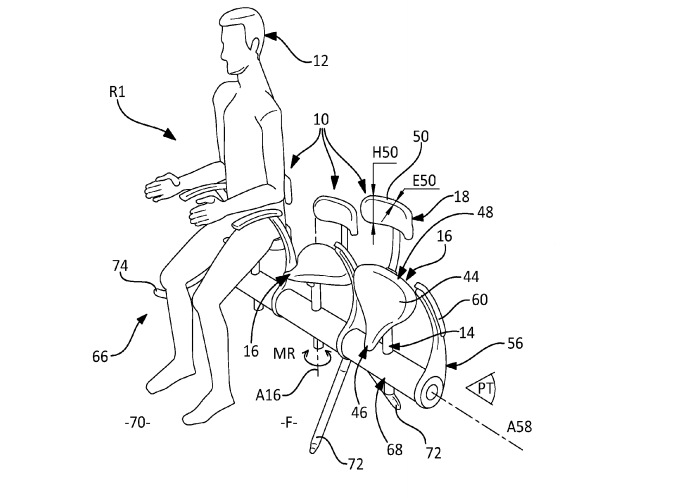 Many people are always inclined to take a bleak view of the airline industry, but for those of us more inclined to take the Louis CK "miracle of flight" view it's worth noting the real progress here. Fuel consumption is a major driver of flight costs, and burning jet fuel is seriously bad for the environment. The A330 shows an industry getting better at efficiency across the board, and finding more ways to get more passengers into a given volume of space is part of that process.