Netanyahu: This is why Israel can never unilaterally withdraw from the West Bank

Share All sharing options for: Netanyahu: This is why Israel can never unilaterally withdraw from the West Bank

Israeli Prime Minister Benjamin Netanyahu, discussing the escalating Israeli air strikes in Gaza and the rockets fired into Israel from Palestinian militant groups there, said at a press conference Friday that this latest violence shows why Israel cannot withdraw unilaterally from the West Bank as it did in 2005 from Gaza. While many have interpreted this as opposition to any two-state solution whatsoever, it reads to me as something a little different: a major Israeli requirement for any peace deal to work, and one that precludes Israel from ending its West Bank occupation without Palestinians agreeing to a deal that would satisfy that requirement.

"I think the Israeli people understand now what I always say: that there cannot be a situation, under any agreement, in which we relinquish security control of the territory west of the River Jordan," Netanyahu said in response to a reporter's question. That's according to a translation from Netanyahu's Hebrew by the Times of Israel's David Horovitz, who explains that the press event received little attention in the English-language press.

In other words, a lesson that Netanyahu has drawn from the seven years since Israel unilaterally withdrew all of its military occupation forces and settlers from Gaza is that they cannot do the same thing in the West Bank, because it would too badly compromise Israeli security. (Netanyahu opposed the 2005 Gaza withdrawal at the time.) Whether you agree with his analysis or not, and surely many will not, the point is that Israel's head of government has categorically ruled out any peace plan by which Israel unilaterally pulls up stakes and leaves the West Bank outright.

Some, including Horovitz, have interpreted this as meaning that Netanyahu opposes any two-state peace plan or independent Palestinian state at all. Michael Omer-Man of 972 Magazine writes, "It's official. Not that this should really surprise anyone, as long as Netanyahu is the Israeli prime minister the occupation is forever and there will be no sovereign Palestine." While Netanyahu has previously declared his support for a two-state solution, it was under heavy American pressure and there is widespread speculation that he was not sincere. 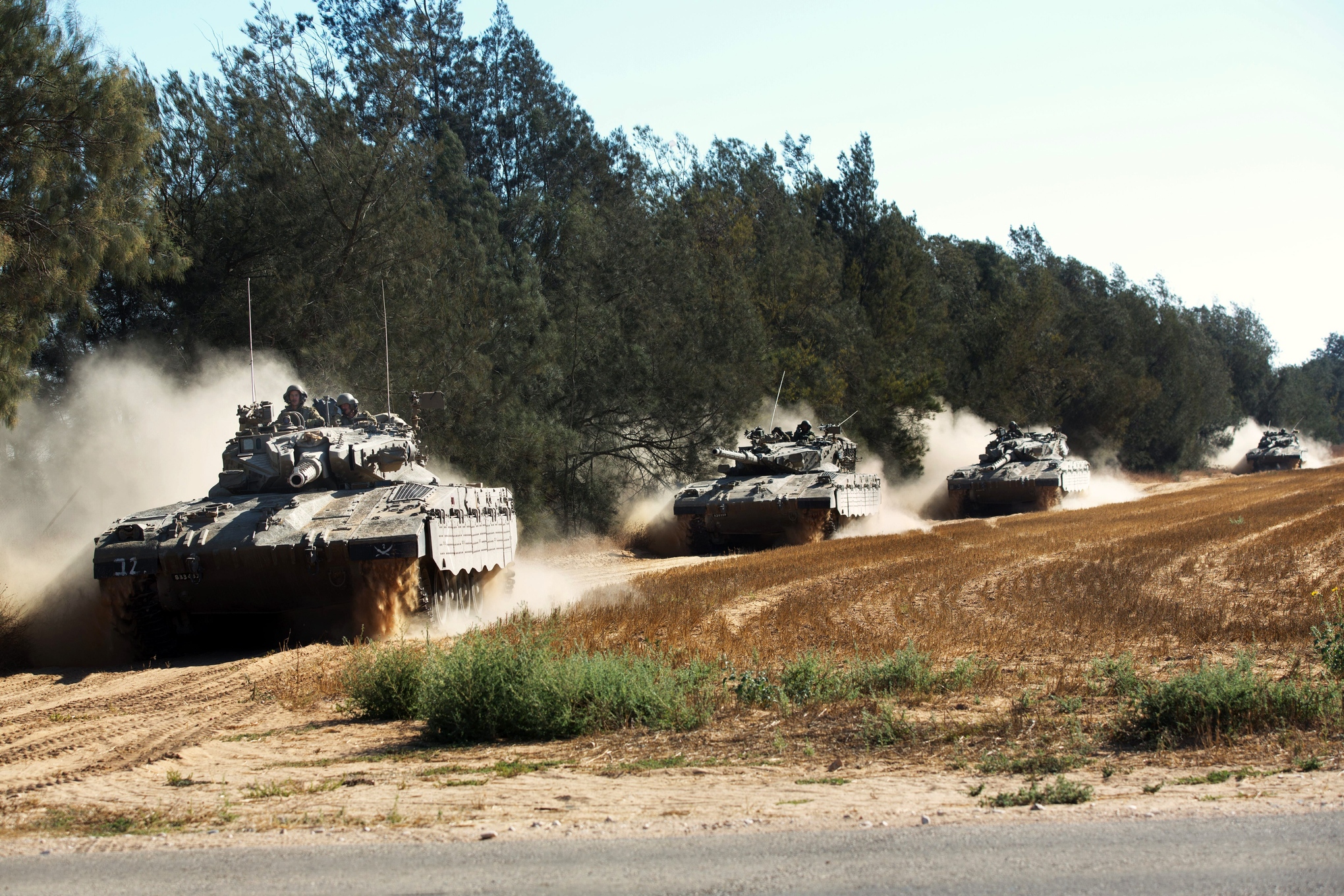 I'm not sure I share this analysis. There are valid and numerous reasons to doubt Netanyahu's commitment to reaching a two-state peace deal that would establish Palestine as an independent state, but this latest comment does not appear, to me anyway, to say that.

There are a number of two-state peace plans that simultaneously grant Palestine an independent state while also meeting Israeli security concerns. This would most likely require at least some infringements on Palestinian sovereignty over security matters, for example by allowing a long-term mutli-national peacekeeping force in the West Bank, and a number of Palestinians are skeptical of any such deal on those grounds.

The point, though, is that it is within the realm of possibility to simultaneously end the Israeli occupation of the West Bank while also meeting Netanyahu's apparent demand for some continued Israeli security control. However, it's only possible to do both as part of a negotiated peace deal agreed to by Israelis and Palestinians, since it would require Israeli and Palestinian cooperation over West Bank security issues. In other words, it is not possible to do this by Israel unilaterally withdrawing from its occupation of the West Bank, as it did from Gaza in 2005.

That, to me, is the big takeaway from Netanyahu's comments here: he has drawn, from the latest Gaza violence, the lesson that Israel can only end its occupation of the West Bank if there is a deal to grant Israel some continued role in West Bank security matters. That is not to endorse his logic, but to recognize the condition he is apparently setting on peace and what it means for the Israel-Palestine conflict.