This poll proves that millennials have totally incoherent political views

Share All sharing options for: This poll proves that millennials have totally incoherent political views

Reason-Rupe, Reason magazine's polling arm, is out with a really in-depth survey looking at the political preferences of Millennials (defined here as adults aged 18-29). Understandably, given that Reason's a libertarian outfit, they're emphasizing findings suggesting Millennials think government is wasteful and abuses power, and as suggesting there'd be widespread support for a "socially liberal, fiscally conservative" (libertarian, in other words) presidential candidate.

You could read it that way. Or you could pick out other results and cite them as proof that the young 'uns are just down-the-line liberals. But probably the best way to read it is as confirming that Millennials, like other Americans, mostly don't have the kind of rigorous and consistent policy views associated with professional ideologues. Consider that these are all findings from the same report:

Are all of these positions strictly logically contradictory? Of course not. It's theoretically possible to, say, support an overall tax cut that raises taxes on the rich too. But it's worth questioning the value of trying to force these answers into a coherent political framework rather than accept that Millennials, like most people, have much, much better things to do with their time than form highly nuanced and non-contradictory political opinions. Political nerds tend to really overestimate how much most people care about public policy, and how much they feel it connects to their daily lives.

One conclusion we can take away from the report, though, is that Millennials display a certain degree of economic self-interest. Just look at what happens to support for a living wage as you go up the income scale: 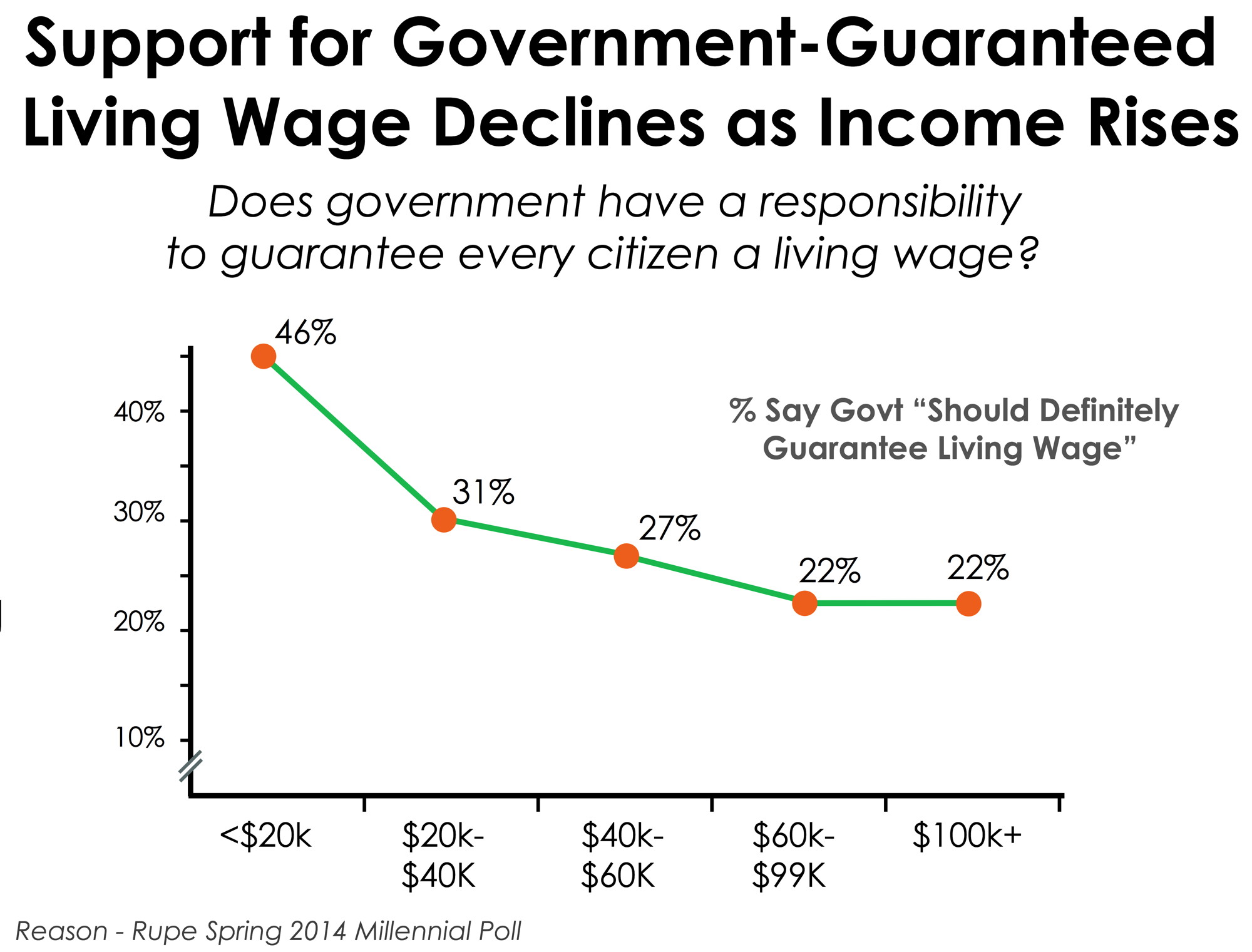 Same with closing the income gap: 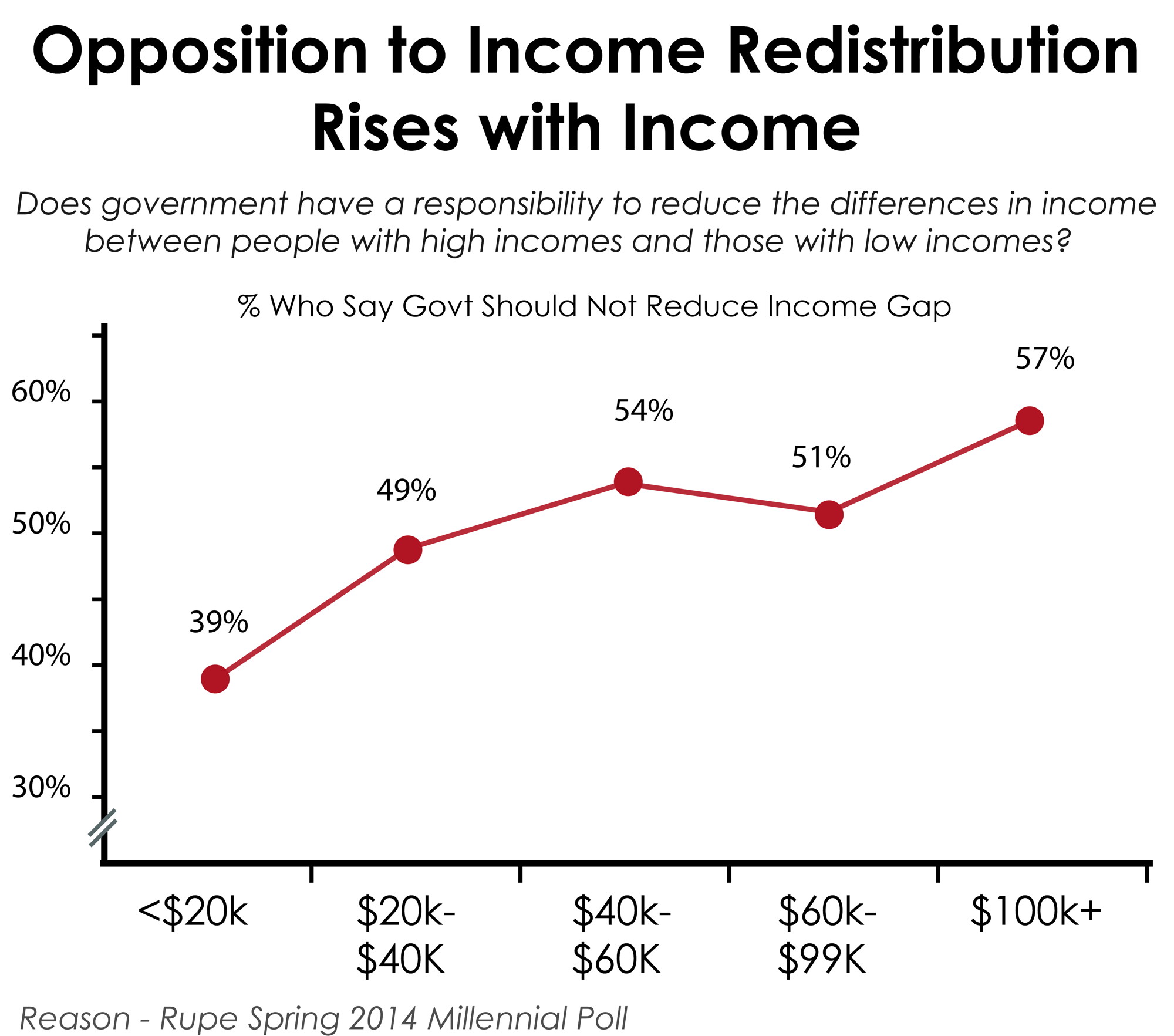 And expanding the safety net: 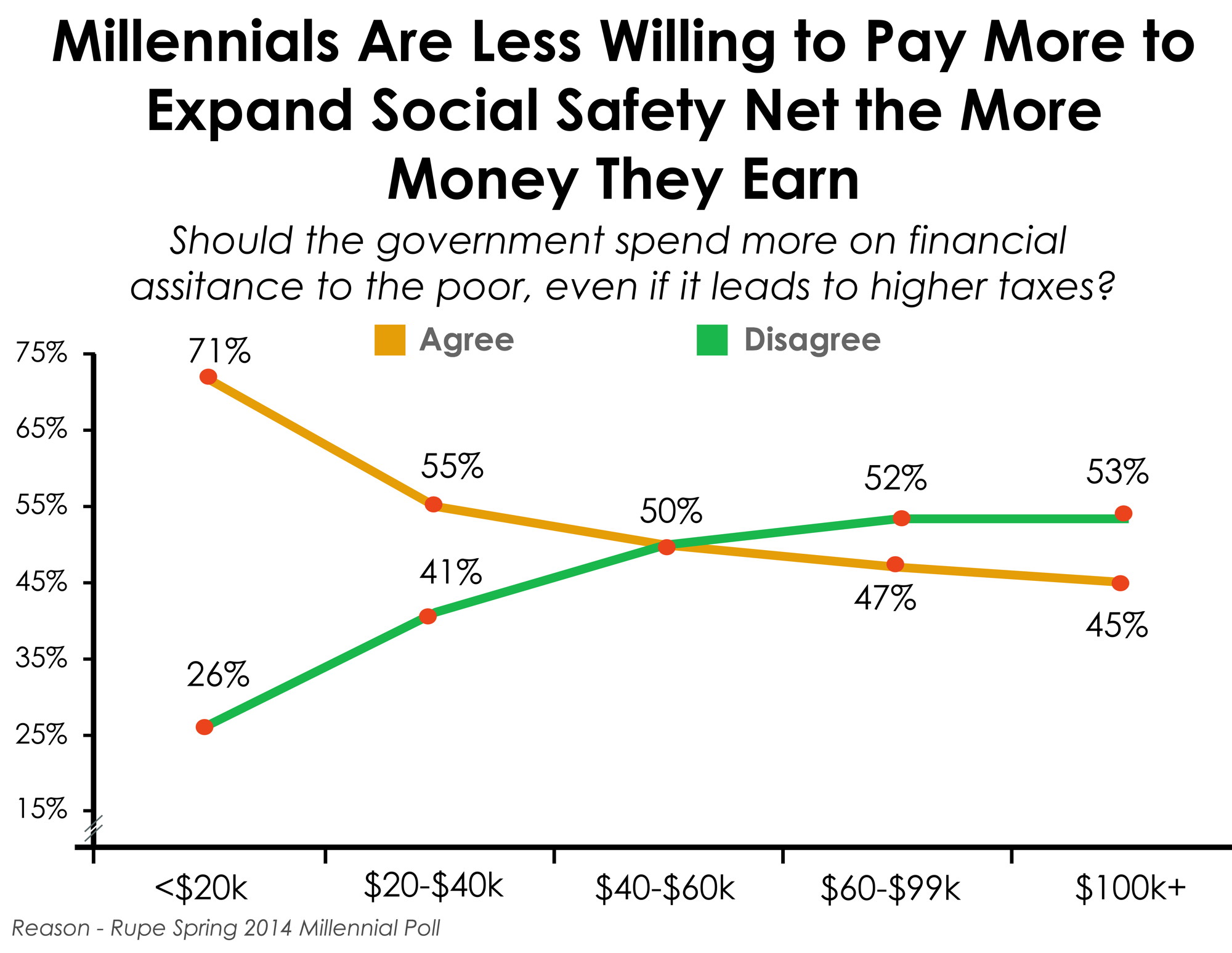 And observe how support for socialism or, more mildly, an "egalitarian society" changes based on whether or not the respondent has experienced discrimination in their life: 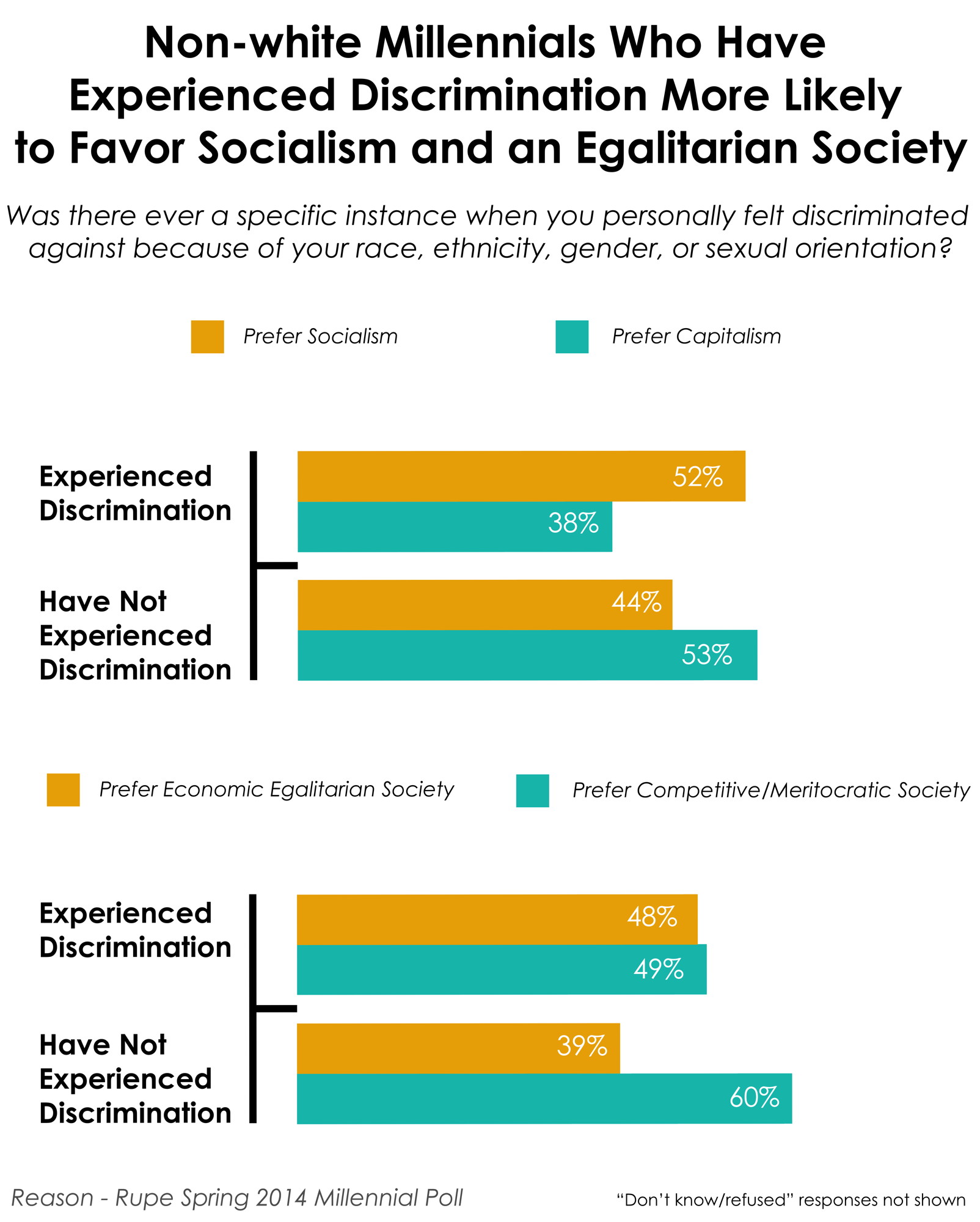 It's silly to look over the poll's results and try to assign Millennials as a whole a coherent ideology, but it's safe to say that the role of one's own socioeconomic position in forming political beliefs is strong, just as it is with Americans as a whole.