Map: The cities where your salary will buy you the least

Share All sharing options for: Map: The cities where your salary will buy you the least

Companies doing business globally need to consider the local cost of living when designing compensation schemes and assignments for their workers. So the consulting firm Mercer produces and annual list of the most expensive cities globally for expat professionals. I mapped the top ten below: 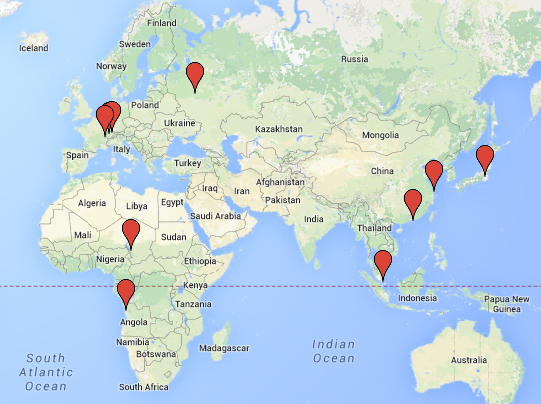 Three interesting facts. One is that none of the most expensive cities are in the Western Hemisphere. Obviously, New York City isn't exactly a cheap place to live, but in the grand scheme of things we do okay.

The other is that two of the most expensive cities are in Africa — Luanda and N'Djamena. Given the poverty of Angola and Chad, these aren't "high cost of living" cities per se. What the report is capturing is that they're expensive places for an international businessperson to live in. That means housing in a secure community is expensive, and imported global goods are very expensive. These cities are unattractive locations for global firms to do business.

A third is that of Europe's most expensive cities, three — Geneva, Zurich, and Berne — are all in Switzerland. That's in part a consequence of exchange rate dynamics. But it also shows that despite Switzerland's very aggressive efforts to shape itself as a business friendly European destination, they're still falling down on some basic attributes, most notably affordable rental housing.