Share All sharing options for: These harrowing tweets show what life is like in Gaza under Israeli bombing right now

'Death is what we are tweeting'

After six days of Israeli air strikes on Gaza, part of a recent and still-spiraling escalation in the Israel-Palestine conflict, over 160 Palestinians have been reportedly killed. While Israeli strikes are targeting Hamas and other militant groups that are firing rockets into Israel, a local UN office estimated on Friday that 77 percent of people killed in Gaza up to that point were civilians, including 30 children. A separate UN agency estimated on Sunday that 70 percent of the killed were civilians, including 27 children.

What does it feel like to be in Gaza right now, under ever-looming threat of bombardment from above? Mohammed Suliman, a resident of Gaza City who identifies himself on his blog as a 22-year-old graduate student, has been tweeting, often poignantly, of the experience.

In bed. Drones buzzing dully. Everyone fell asleep. An F16 flies scarily before its noise fades into the distance. I anticipate a blast.

I turn on the TV. I hear a doctor describe how one wounded child pleaded with him to stop treating him and treat his baby brother instead.

Shahd, 9, was killed in an airstrike that targeted a municipality car. Her sister Salwa, 10, was critically injured. They were passing by.

In a hospital room, dad cries in agony over the body of his baby son. Holding him in his hands, he tearfully cries: Wake up, I got you a toy

I wake up. I hear warplanes fly. I turn on the radio. Patriotic songs are blaring. Death toll has risen. With a heavy heart, I send a prayer 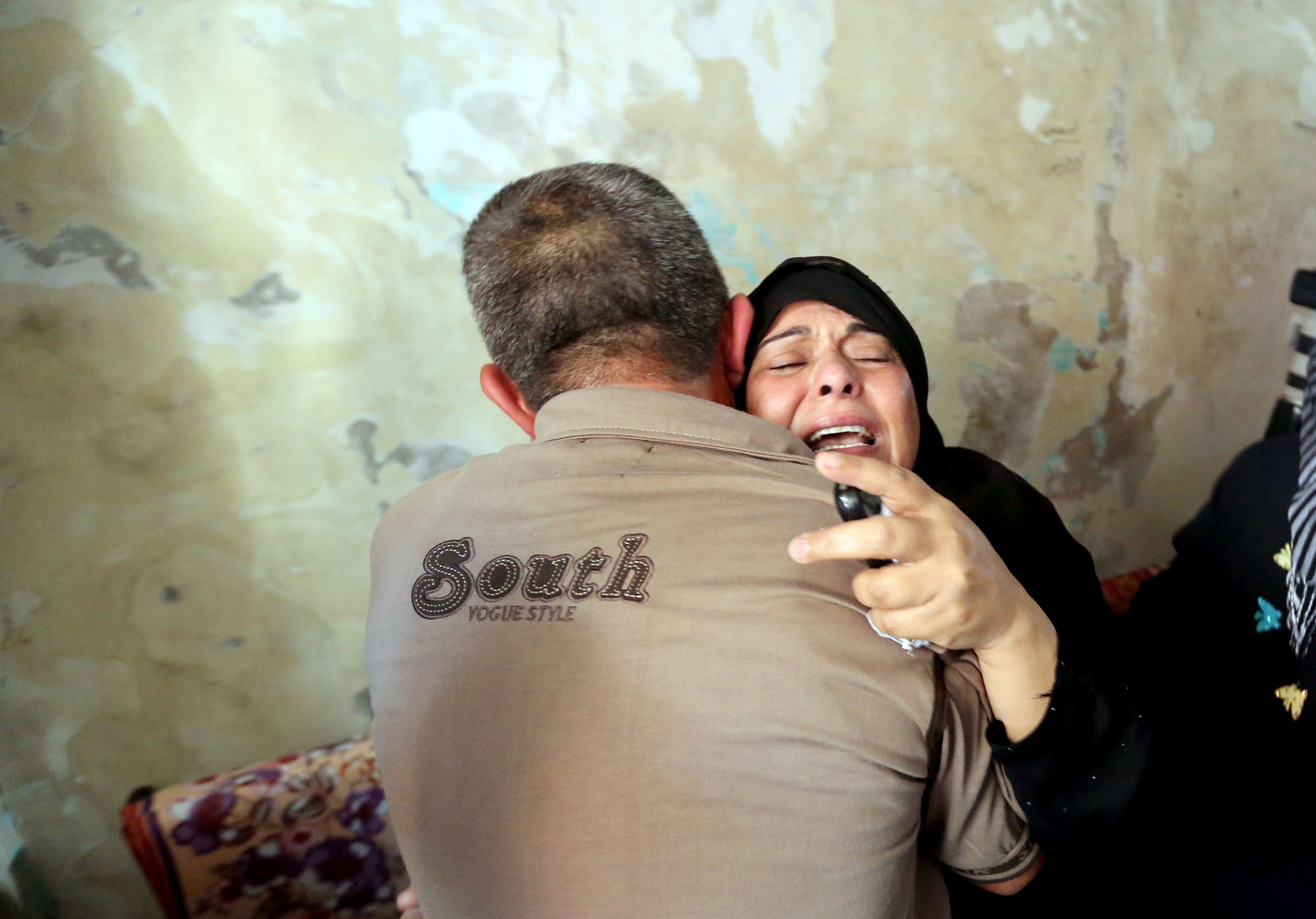 Yasser receives a call from IDF. Evacuate in ten minutes. He wasn't home though. His family was. Hysterically, he phoned home. No one picked

I hear two Palestinian missiles. I duck and raise my head again. Frantically, Israeli warships resume shelling. I throw myself on the ground

I had a Linguistics professor, who always sounded critical of Hamas. His house was bombed today. He and his family escaped an imminent death 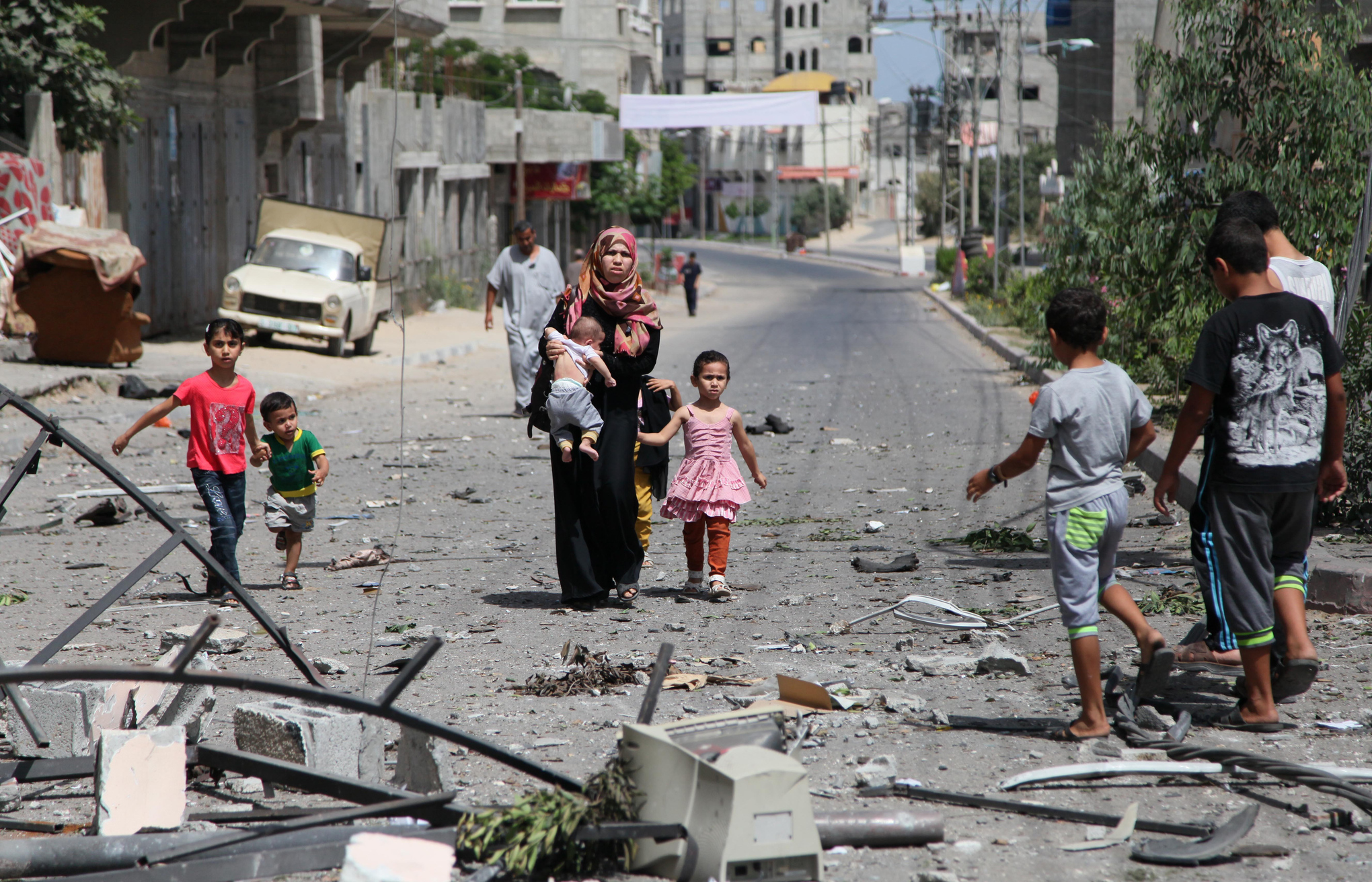 I walk into the kitchen. The smell of explosives, of death, penetrates my entire flat. Warplanes fly overhead. I anticipate more blasts.

I declared myself an excellent anticipator of coming blasts. Four terrifying blasts hit what seems to be the same target. Death is nearer.

I've lost my words. Bombs rein down on my area. Behind the dining table, Leila and I sit close to each other. Death is what we are tweeting.

The Israeli strikes on Gaza are the most intensive since late 2012, which began with a air strike to kill a senior Hamas militant leader in Gaza. The worst round of fighting before that, in 2008, eventually escalated into an Israeli ground invasion of Gaza; it is not clear whether that will happen again now. This most recent round of violence began when members of Hamas, apparently acting independently from Hamas leadership, murdered three Israeli students in the West Bank, two of them children.

Suliman is also victim of one of the conflict's less overt but still pernicious effects: of driving people to themselves endorse the killing of innocent civilians on the "other side" while they lament the deaths of innocents on their own. This does not in the least soften the suffering in Gaza that Suliman well conveys, but it's a reminder of how the suffering can become self-perpetuating. It's also a reminder of how people become desensitized to, or outright reject, the suffering of certain civilians simply because they have the wrong nationality — a problem that persists on both sides of the Green Line.

Read our comprehensive explanation of the Israel-Palestine conflict here.