A new analysis from Gallup shows that opinions of President Obama are heavily correlated with religion — Muslims and Jews love him, Mormons and Protestants do not: 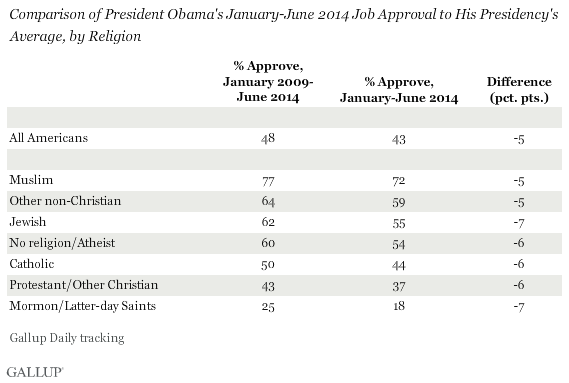 Of course, common sense reminds us that these sectarian divisions are heavily mediated by race and ethnicity. Catholic views of Obama more or less track those of the American public overall. But if you looked deeper, you'd doubtless find that Obama is well-liked by Latino Catholics and disliked by non-Hispanic Catholics. Similarly, a large share of the pro-Obama Protestants in America will be African-American while the views of white Protestants may not be so different from those of white Mormons.