Every single ocean has a massive swirling plastic garbage patch

Share All sharing options for: Every single ocean has a massive swirling plastic garbage patch

What happens to our plastic bottles and lids and containers after we throw them out? This turns out to be something of a scientific mystery.

there are 35,000 tons of plastic floating in the ocean — and more may be hiding elsewhere

We know that the vast majority of plastic trash ends up in landfills, just sitting there and taking thousands of years to degrade. A smaller fraction gets recycled (about 9 percent in the United States).

But another large portion finds its way into the oceans, either by people chucking litter directly into the sea or by storm-water runoff carrying plastic debris to the coasts. One conservative estimate suggests that at least 1 million tons of plastic has entered the ocean since the 1970s.

Now here's the catch: We still don't know where all that ocean plastic actually went. Scientists have recently identified massive swirling garbage patches in each of the world's oceans that contain up 35,000 tons of plastic.

Every ocean has a massive plastic garbage patch

There are at least five giant floating garbage patches

Well, it turns out that there are at least five of these floating garbage patches around the world. That's according to a recent study in The Proceedings of the National Academies of Sciences, led by Andres Cózar of the Universidad de Cadiz and informed by the results of a 2010 circumnavigation cruise.

These garbage patches aren't visible from space — or even, necessarily, from a passing boat — since most of the plastic is bobbing just beneath the surface, and most of the particles are smaller than 1 centimeter in diameter. Over time, the plastic bits get broken down into ever smaller pieces as they get battered by waves and degraded by the sun.

But these garbage patches are massive, collectively holding some 7,000 to 35,000 tons of plastic in all. The patch in the North Pacific was by far the biggest — containing about one-third of all the floating plastic found. (Much of the plastic debris from eastern China, for instance, collects here.)

And yet, what was most surprising to researchers was that these plastic garbage patches weren't big enough. Conservative estimates had suggested that there should be millions of tons of plastic in the oceans. But these subtropical gyres only contained up to 35,000 tons. In particular, there seemed to be much less plastic smaller than 1 millimeter in diameter than expected.

So where did the rest of the plastic go?

99% of the plastic in the ocean is missing — where did it go? 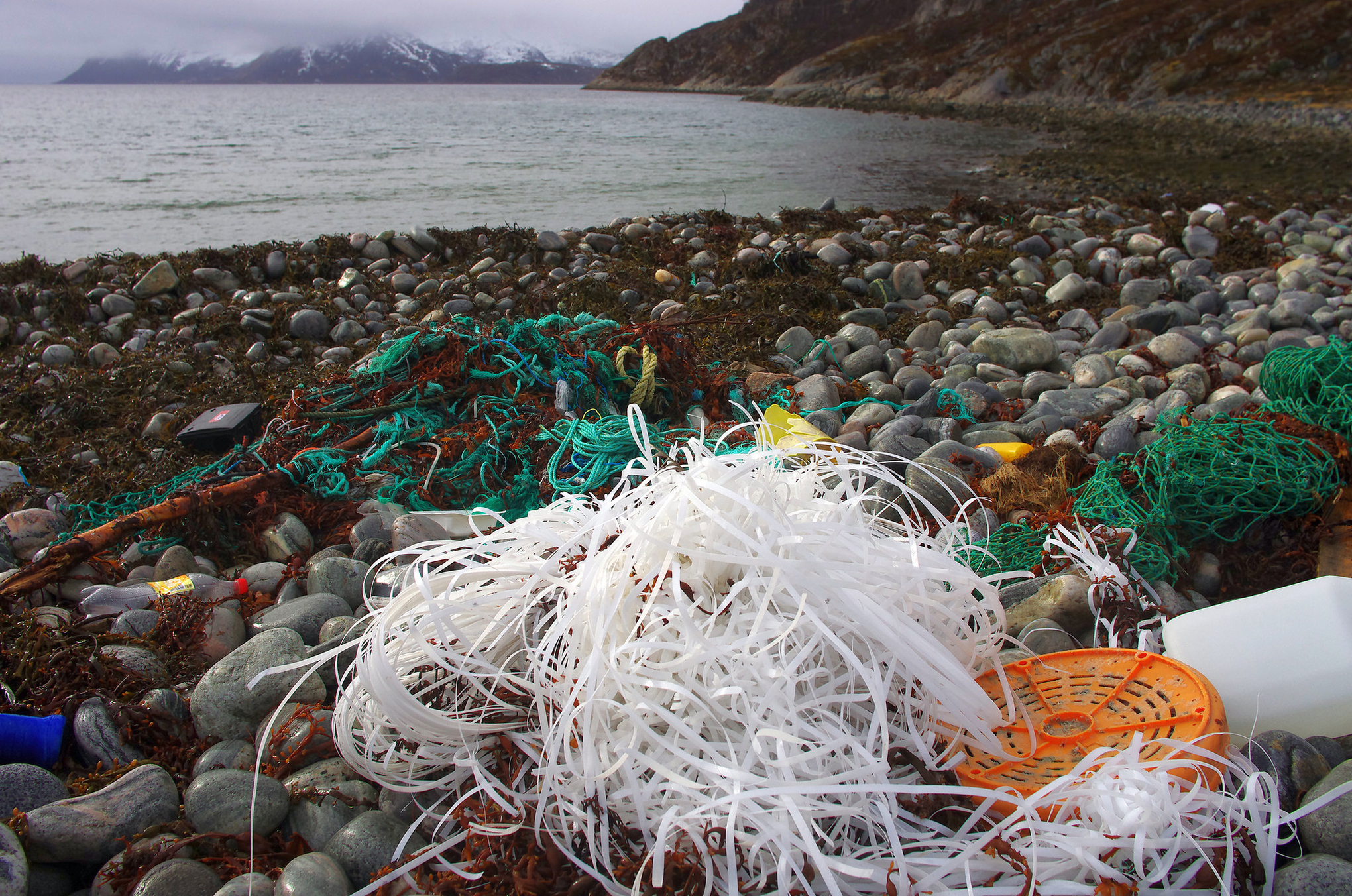 In the PNAS paper, the authors offer a couple of possible explanations for why they didn't find nearly as much floating plastic as they expected. The most troubling is that fish and other organisms are eating all the plastic:

1) Maybe the plastic is washing back ashore. The problem with this hypothesis is that most of the missing plastic was less than 1 millimeter in diameter. It's unclear why only smaller bits would have washed up ashore.

3) Maybe small organisms are growing on some of the plastic bits, causing them to get heavier and sink deeper into the ocean. This is also plausible, although the authors note that studies have found that when these plastic pieces sink, the organisms on them typically die and the plastic bobs back up to the surface.

4) Plankton and fish are eating the plastic. This one's a more plausible hypothesis. After all, the tiny plastic bits that seem to have vanished are small enough to be eaten by zooplankton, who are known to munch on plastic. The authors also argue that mesopelagic fish beneath the surface may be eating a lot of plastic too — and, perhaps, pooping it out down to the ocean bottom. This needs further testing though.

Assuming fish are eating all that plastic and it's entering the food chain, it's still unclear how dangerous that is. Obviously some marine organisms, like seabirds, can get digestive problems (and can die) if they eat large pieces of plastic. But what about very tiny pieces? There's some evidence that toxic chemicals can cling to plastic in the ocean and accumulate — but there's still scant research on how much harm this might actually do as it passes through the food chain.

5) It's accumulating in the ice caps. Meanwhile, a separate recent study in Earth's Future suggested that a great deal of microplastic is accumulating in the polar ice caps. As sea ice forms and expands, the argument goes, it essentially "scavenges" the plastic from the seawater. This, too, might be part of the story.

6) Perhaps we're overestimating how much trash goes into the oceans. Of course, it's also possible that the estimates of how much plastic is entering the oceans in the first place are wrong. The seminal work on this was done by the National Academy of Sciences way back in the 1970s. That may need to be revisited.

Either way, something doesn't add up — the current numbers suggest that the vast majority of plastic trash in the ocean is vanishing, and no one seems to know where it went.