Meet the medical student who wants to bring down Dr. Oz

Share All sharing options for: Meet the medical student who wants to bring down Dr. Oz

Benjamin Mazer is a third-year medical student at the University of Rochester. Last year, after becoming increasingly concerned with the public-health impact of Dr. Mehmet Oz's sometimes pseudoscience health advice, he decided to ask state and national medical associations to do something about it.

"Dr. Oz has something like 4-million viewers a day," Mazer told Vox. "The average physician doesn't see a million patients in their lifetime. That's why organized medicine should be taking action."

Last year, Mazer brought a policy before the Medical Society of the State of New York — where Dr. Oz is licensed — requesting that they consider regulating the advice of famous physicians in the media. His idea: Treat health advice on TV in the same vein as expert testimony, which already has established guidelines for truthfulness. In 2014, Mazer also launched a website to gather first-hand accounts from health professionals about their run-ins with Dr. Oz-based medicine on the front line. It's called "Doctors In Oz."

I talked to Mazer about his crusade. Here's a transcript of our conversation, lightly edited for length and clarity.

"Dr. Oz has something like 4-million viewers a day. the average physician doesn't see a million patients in their lifetime."

Julia Belluz: So you're the medical student who wants to bring down Dr. Oz?

Benjamin Mazer: I'm definitely not the only one. This issue was brought up by a number of physicians I worked with during my family medicine clerkship. We had all of this first-hand experience with patients who really liked his show and trusted him quite a bit. [Dr. Oz] would give advice that was really not great or it had no medical basis. It might sound harmless when you talk about things like herbal pills or supplements. But when the physicians' advice conflicted with Oz, the patients would believe Oz. 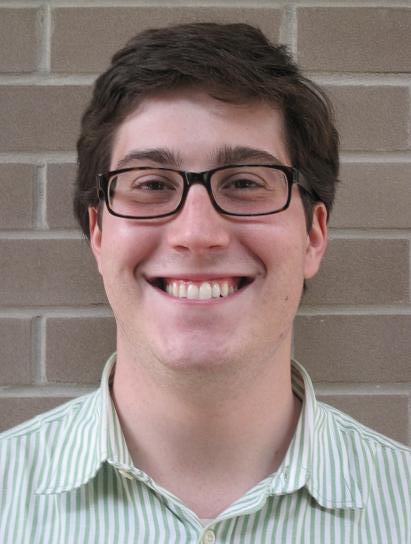 JB: Tell me about the policy you proposed. How did doctors react?

BM: I wrote policy for the Medical Society of the State of New York [where Dr. Oz is licensed] and the American Medical Association asking them to more actively address medical quackery on TV and in the media—specifically Dr. Oz.

The New York policy was passed in modified form. Organized medicine in New York is aware of what Dr. Oz is saying and how he is able to fall through the gaps of regulation. Many New York physicians testified at their annual meeting about the harm they are seeing happen day-to-day with their own patients. Patients stop taking proven medications in favor of "natural" medications that Dr. Oz promotes. Many patients trusted Dr. Oz more than their own family doctors and this conflict hurt the doctor-patient relationship.

When we brought the policy to the American Medical Association, they reaffirmed existing policy instead of our resolution asking them to take action against inappropriate medical testimonials on TV. The AMA basically thought they were doing enough with existing policy.

JB: Why don't you think the policy was picked up at the national level?

BM: Organized medicine is a slow beast. Also, some people might be underestimating the harms he's doing. Many physicians and certainly much of the public often ask, "What's the harm in an herbal pill or new diet?" The indirect harms can be great.

Organized medicine has an interest in protecting physicians as a profession. They want to maintain the prestige, trust, and income that physicians have historically received in the US. In order to protect the profession as a whole, organized medicine sometimes has to protect individual doctors, even if they are not acting in the best interest of patients. The AMA may fear that undermining Dr. Oz could undermine overall trust in doctors.

JB: Was there a particular patient who inspired this crusade against TV quackery?

BM: The patient who inspired the policy I wrote was an older woman in her 60s who had a lot of the classic, chronic health problems we deal with in America. She was overweight, she had diabetes, heart disease. And so the physician I was working with was recommending these oral diabetes medications that are pretty standard fare. She had watched the Dr. Oz Show featuring green coffee-bean supplements—and how it was great to lose weight—and she was convinced this was going to be a huge impact on her weight.

We tried to politely express concerns that this probably wasn't going to be effective because there's no evidence for it. She refused the diabetes medications. The hope she had placed in the green coffee-bean extract was part of that.

JB: What do you think is the impact of Dr. Oz's sometimes dubious health advice?

BM: I think these things impede the doctor-patient relationship. These doctors are actually doing a great job. But the trust people are placing with Dr. Oz—when their family physicians even nicely try to contradict him—disrupts their relationship.

JB: As a soon-to-be physician, what are you thinking when you hear Dr. Oz say he believes in magic?

BM: The movement in medicine has been toward evidence-based medicine because physicians had done things by their gut and belief for hundreds of years. Most physicians would agree it's only through the scientific process and evidence that we were able to make huge differences in medical care. It's insulting to talk about important medical issues and drugs as if it they were a matter of belief. It degrades all that work that has been done.

JB: If you could talk to Dr. Oz, what would you say to him?

BM: I would probably say that he does have the health interest of his viewers in mind. But in the long term, undermining good science and the relationship patients have with their current physicians is probably doing much more harm than good. If they're not going to listen to advice from physicians—who are providing good, evidence-based advice—if they're going to listen to other doctors on the show, it's going to do more harm than good.