How do you smuggle a dinosaur? And 7 other questions about the fossil black market

Share All sharing options for: How do you smuggle a dinosaur? And 7 other questions about the fossil black market

One of the biggest frontiers in international crime-fighting efforts is cracking down on dinosaur smuggling, Countries where fossils are buried, like Mongolia, are getting more assertive in claiming dinos dug up on their land illegally and smuggled out to be assembled and sold. And the American government is increasingly willing to help them get the dinosaurs back.

Here's what you need to know about dinosaur smuggling and repatriation.

1) What's illegal about digging up dinosaurs and selling them?

It's not always illegal. It depends on the laws of the country where the dinosaur fossils are found. The United States and Great Britain, for example, both say that property owners can decide who gets to dig and excavate fossils on their land.

Mongolia has made it illegal to export and sell dinosaur skeletons

But other countries consider all fossils within their borders to be "cultural patrimony" — and therefore the property of the nation's people. Mongolia, China, and Argentina all fall under this second category — they've passed laws that make it illegal to export dinosaurs from the country with the intention of selling them.

These aren't new laws — Mongolia's law, for example, was passed back in 1924. But the country has only recently begun enforcing the law more strictly.

2) So why is US helping enforce Mongolian dinosaur law? 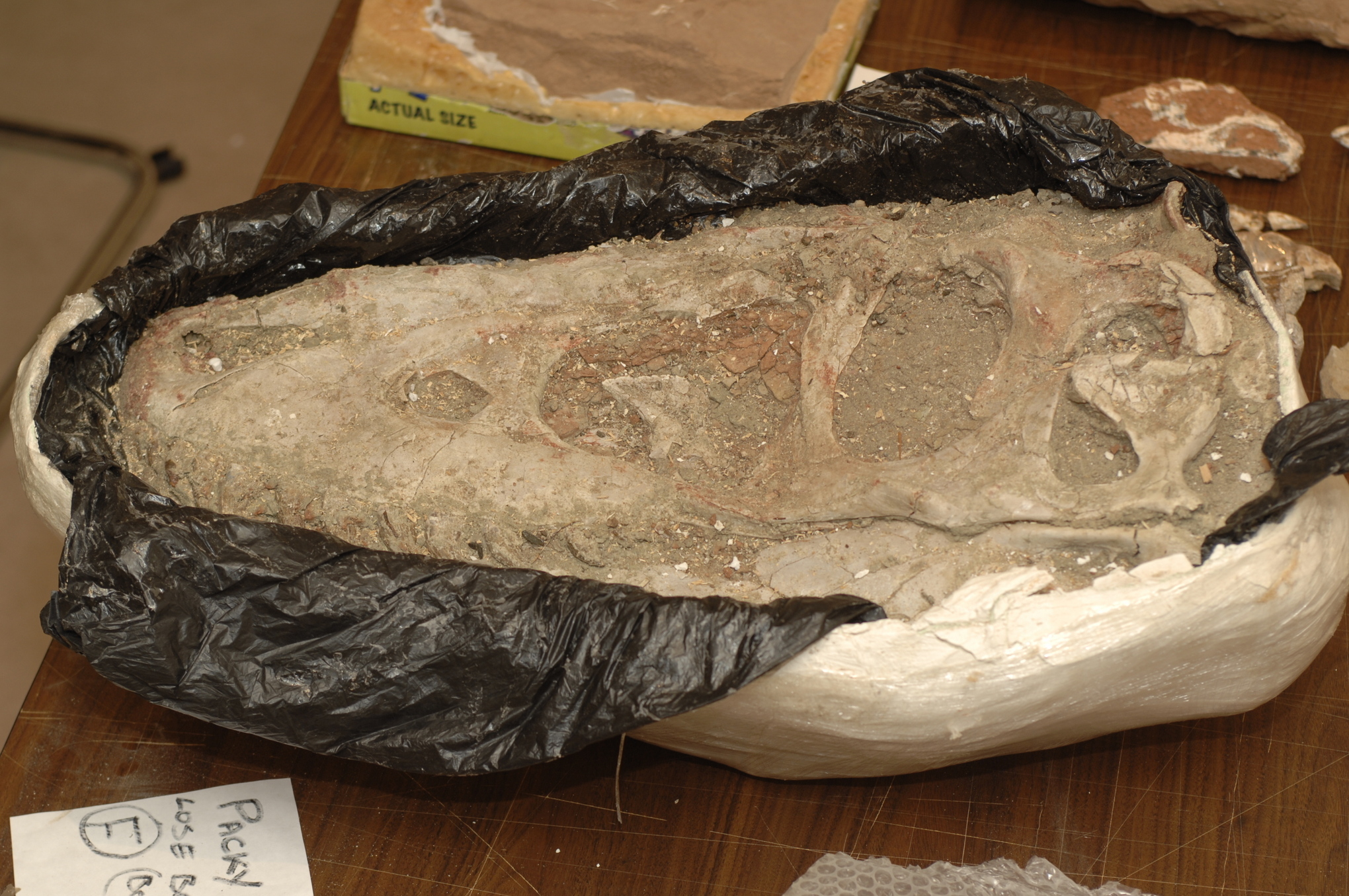 A Tarbosaurus bataar skull. US Immigration and Customs Enforcement

The Mongolian government itself only started paying serious attention to the issue of black-market dinosaurs in 2012.

That's when a Mongolian paleontologist noticed that a New York auction house was about to sell a Tarbosaurus bataar skeleton — a species that's almost exclusively found in Mongolia. The paleontologist got the Mongolian government involved, and in the two days between the discovery and the auction, they managed to get an injunction from a judge preventing the item from being sold until it could be proven to be legal.

The auction house sold it anyway, provisionally, and the Mongolian government asked the US to step in to help. The US Attorney for the Southern District of New York and Immigration and Customs Enforcement filed in court to seize the Tarbosaurus skeleton — creating the case United States of America v. One Tyrannosaurus bataar skeleton.

The feds also charged a commercial paleontologist named Eric Prokopi — the man who'd put the Tarbosaurus skeleton together — for smuggling dinosaur skeletons from Mongolia. They raided his house to confiscate more specimens. In an epic case of bad timing, UPS delibered a large Mongolian fossil to Prokopi's house while federal agents were searching it.

In turn, Prokopi began cooperating with the feds, which has helped the US government crack down further on smuggled skeletons. The first T. bataar was returned to Mongolia in 2013; fossils found in Prokopi's house and workshop, plus some from other collectors connected to Prokopi, were repatriated in 2014.

If you're interested in Prokopi's case, you should check out the excellent reporting by Paige Williams of The New Yorker, who wrote a feature on him in 2013 and an update in 2014, after he was sentenced to three months in prison.

3) How can scientists tell when dinosaurs were illegally smuggled?

The dinosaurs in the Prokopi case came from the Nemegt Foundation, a geological basin in the Gobi Desert that's known as one of the most diverse fossil sites in the world. The ground in the Gobi Desert has a relatively high level of uranium. As bones fossilized, they reacted with the uranium and turned a chalky color — more like just-dead humans or animals than like the dark-brown dinosaur bones on display in most museums.

So when paleontologists examined these fossils, they could tell, from the color, that they'd been excavated from Mongolia — and therefore had been smuggled out of the country illegally.

4) How do you illegally smuggle a dinosaur?

The Gobi Desert is big enough that it's difficult to track everything coming out of it. There are rumors that some dinosaur fossils are hidden in shipments of coal to get out of the Gobi. (Skeletons are obviously smuggled in parts, rather than all at once.)

Some dinosaur fossils may get hidden in coal shipments

But when they're being shipped internationally, smugglers mostly just seem to lie on customs forms. One box full of Chinese dinosaur skulls was listed on the customs form as a box full of "shoes."

Prokopi himself was a little less creative — his customs forms just said he was carrying "fossil reptiles," valued at a few thousand dollars (not even close to the fossils' actual worth). He also changed at least one shipment so that it said it was coming from Japan, rather than Mongolia or China. 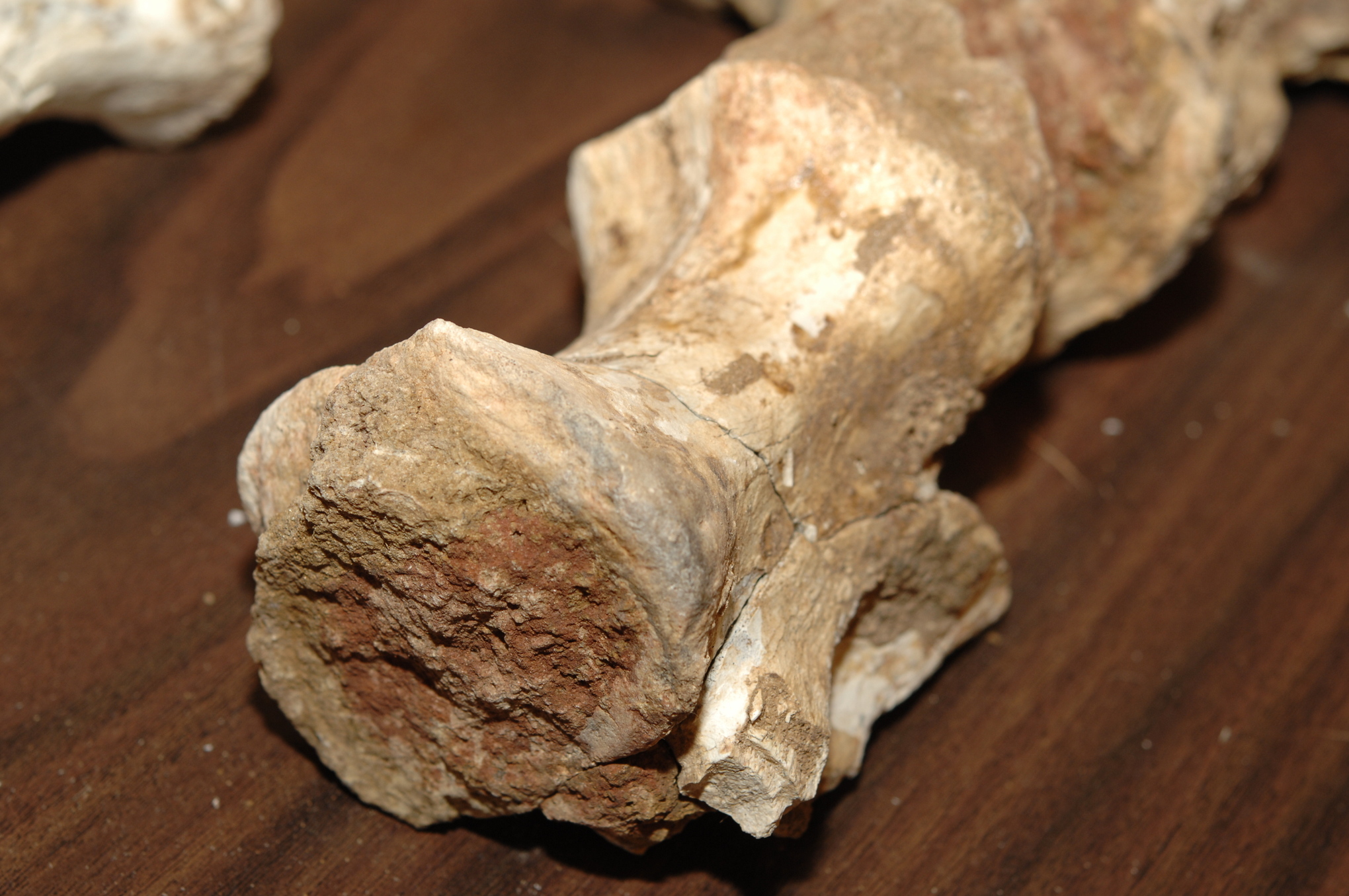 A bone. US Immigration and Customs Enforcement

5) How can you sell a stolen dinosaur without anyone noticing?

Not everybody who's in the business of buying and selling dinosaurs is an expert who understands all the relevant laws. The auction houses that facilitate dinosaur skeleton sales tend to rely on the word of the paleontologists that the skeletons in question are legal. And buyers are just as likely to be rich people with money to burn as museums.

There's also a lot of overt flouting of the law. At fossil shows, dealers will openly display fossils that are obviously illegal, and might even admit that they know what they're doing. As one dealer bragged to The New Yorker's Williams in 2013: "Grease the right politicians' palms and stuff comes out. You gotta pay off the right guys."

6) Is anyone else being prosecuted for dinosaur smuggling?

None of the people associated with Prokopi have been charged. Chris Moore, a British fossil hunter, is alleged to have gone digging with Prokopi in Mongolia — but the Mongolian government has said that they were satisfied with him returning his own fossils to Mongolia.

In a separate case, a Colorado dealer pled guilty in January to smuggling fossils out of China. There are reportedly ongoing investigations in at least three different states, based on information Prokopi gave the government. According to a New York prosecutor, the 2012 case started a "law-enforcement renaissance" in cracking down on the black market in fossils. 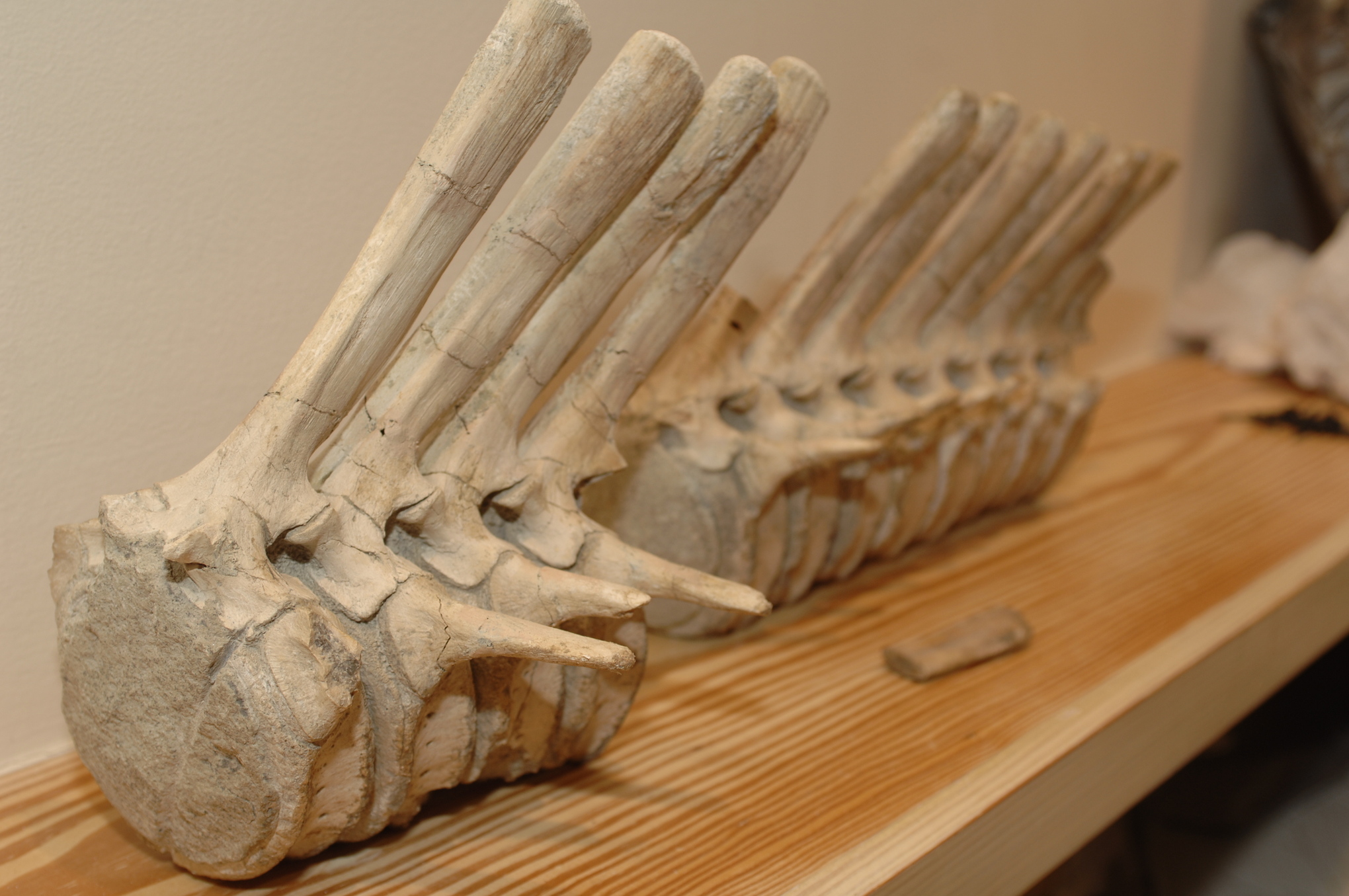 A spine of an unidentified dinosaur. US Immigration and Customs Enforcement

7) Why is this so important to the people of Mongolia?

Mongolia is the only country to date that has pressured the US government to track down and return dinosaur bones, but it's not the only country that's recently demanded the return of something that it considers "cultural patrimony."

Greece has been trying to get Great Britain to return "the Elgin Marbles" — sculptures taken from the Greek Acropolis around 1801, under questionably legal circumstances — since the 1980s. (Britain hasn't budged.)

Mongolia is just taking the concept of "cultural patrimony" and applying it not just to the past human history of the nation, but the physical and ecological history of the land.

8) What happens to the dinosaurs after they've been sent back to Mongolia?

The Mongolian government plans to install them in its "Central Museum of Mongolian Dinosaurs." The museum opened in fall 2013 — before that, the building had housed a Lenin memorial.

At the time that the museum opened, there was a single dinosaur: the T. bataar that had just been returned by the United States a few months earlier. But according to one visitor, the museum is a monument not just to the dinosaurs themselves, but to the struggle to get them back:

The weird thing is the whole museum is a tribute to the repatriation of the dinosaur.

They even have all of the documents from the legal battle and even have the lawyer's blackberry and computer he used.

This is a very complete museum for the trial and the delivery of the dinosaur.

The search for an AC that doesn’t destroy the planet

Inflation is finally slowing down. Will things get cheaper?