Share All sharing options for: Boehner's lawsuit is great news for Obama

Perhaps the strangest thing about John Boehner's lawsuit trying to rein in Barack Obama's use of unilateral executive authority is how plainly welcome the White House finds it.

"You're going to sue me for doing my job?" Obama himself mocked when the plan was first announced, speaking to supporters at a rally. The White House pushed reporters to write stories about the lawsuit, and rapidly had Democrats even buzzing about impeachment. It's easy enough to understand why the White House doesn't fear this lawsuit. As Andrew Prokop has explained, the odds of the House GOP prevailing in court are miniscule. But it's more than that. Obama is thrilled he's getting sued, because public attention on the lawsuit actually solves the administration's biggest problem. 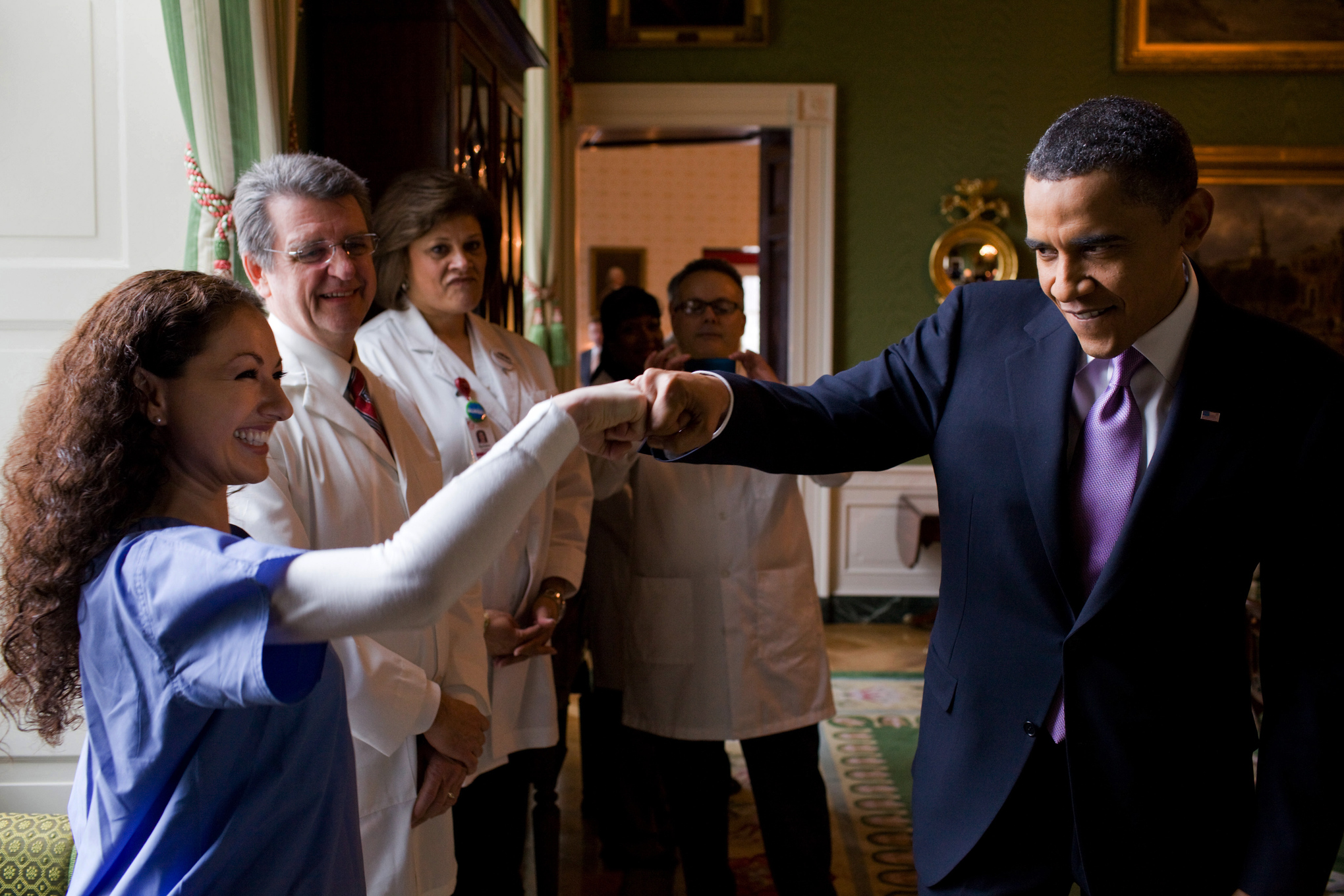 Since Republicans took the House in 2010, Obama's basic political challenge has been that average American voters have a pretty poor grasp of the fundamental operation of the US constitutional order. People expect the government to do things to make their lives better, and when that doesn't happen, they grow angry at the person in the White House. When the president's agenda gets stymied in congress, people don't want to hear about filibusters or the Speaker's ability to keep bills from getting to the floor. They ask why the president isn't leading and getting things done.

That's why, in recent years, Obama hasn't just relied on unilateral executive action to advance his policy aims — he's tried really hard to highlight his executive actions. Every president has always used this kind of authority. But Obama has tried to brand it, tying this agenda together under the banner We Can't Wait. The problem is that, objectively, it's been difficult to attract substantial public attention to these We Can't Wait initiatives because they tend to be rather small-bore. 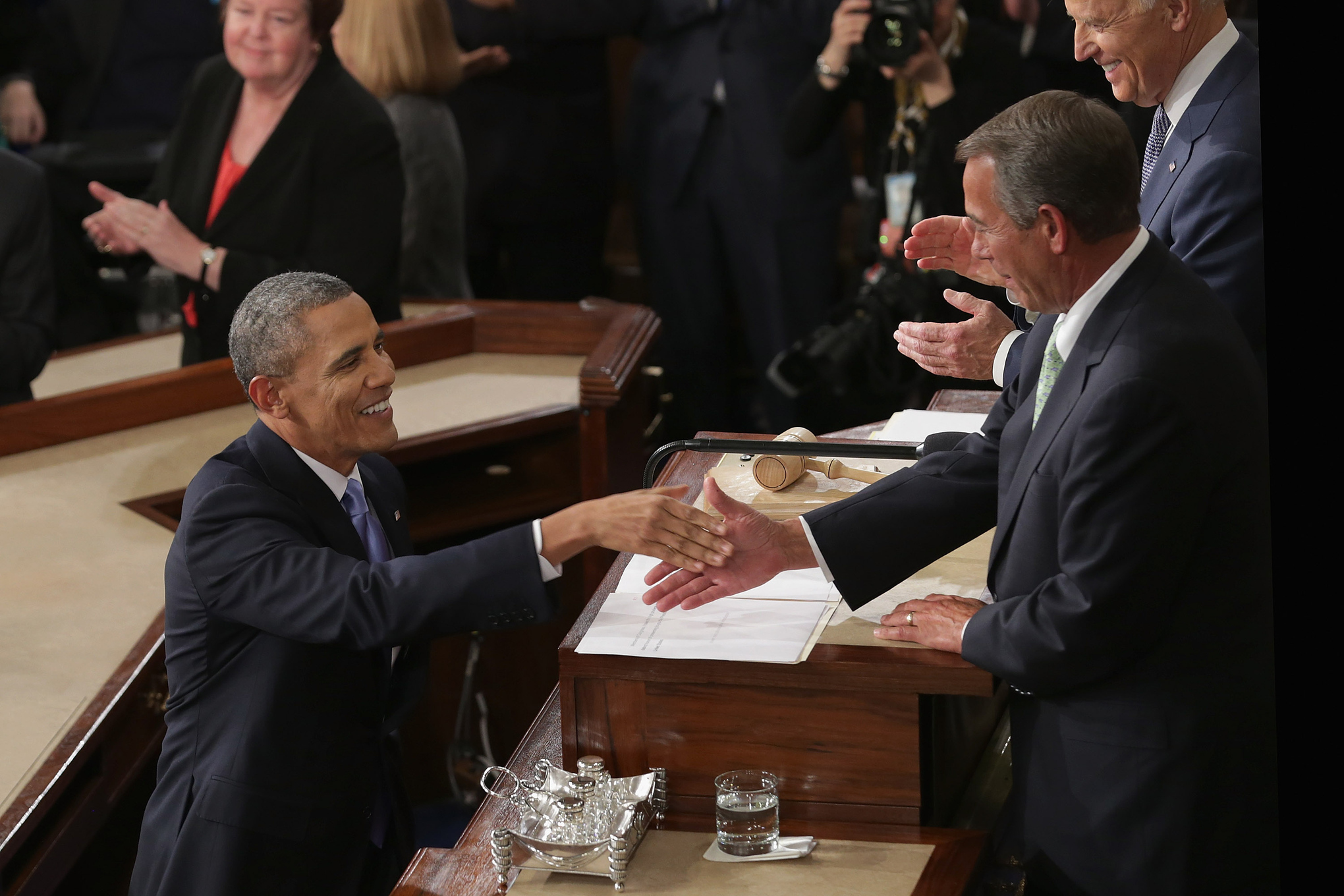 Under the circumstances, the specter of a United States Congress literally picking a high-profile political fight over the idea that the president has been doing too much stuff is manna from heaven. Now there's no more argument over why the president won't lead. He is leading! Leading as far as he can possibly go! Leading so far that the Speaker of the House is complaining that he's engaged in an illegal level of leadership!

In a statement to reporters, White House Press Secretary Josh Earnest scolded that "at a time when Washington should be working to expand economic opportunities for the middle class, Republican leaders in Congress are playing Washington politics rather than working with the President on behalf of hardworking Americans."

The implication that were Republicans not pushing this lawsuit they'd be reaching constructive compromises with the White House is absurd. The real world alternative to litigation is simply doing nothing — the parties don't agree and nothing Obama or Boehner does or says is going to change that. But that's not what the American people want to hear. Voters instinctively like the idea of compromise, collaboration, and action.

The current partisan debate is often described as a stalemate, but it's actually better captured by a more obscure chess term. Zugzwang is a situation in which the optimal move would simply be to pass and force the other player to make a move — except that passing is against the rules of chess. The best thing for House Republicans to do this summer and fall is nothing — Obama's approval rating is underwater, the GOP is poised to pick up seats in the midterms, and there's no need to rock the boat.

But conservative activists won't tolerate a pass strategy. They hate Obama and want Boehner to do something that expresses that hatred. Lawsuits are a milder move than impeachment, so given the realities of the situation the litigation is arguably a savvy move by Boehner rather than a blunder. But the impatience of the activist right is still a gift to the White House. Rather than leaving Obama to struggle impotently from the White House, it allows him to underscore the basic reality of the situation — there's stuff he would like to do that Republicans are furiously fighting to keep from happening.