So much for STEM: most science and math majors don’t work in those fields

Share All sharing options for: So much for STEM: most science and math majors don’t work in those fields

Lots of educators and employers alike will tell you that it's important to get US students more interested in STEM fields — science, technology, engineering, and math. The idea is that these skills are absolutely necessary to get a job in today's economy. That may be true, but new Census data shows an interesting wrinkle: people who graduate with STEM degrees by and large don't work in STEM jobs. 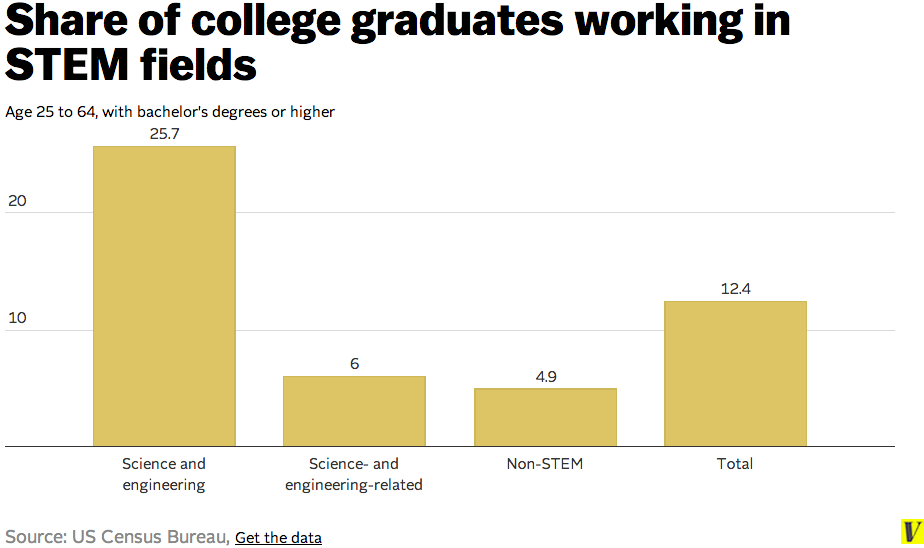 That may sound shockingly low, but the data is much more complicated when you break down those STEM graduates into their individual fields. In the below chart, the Census' science and engineering fields are highlighted in purple. 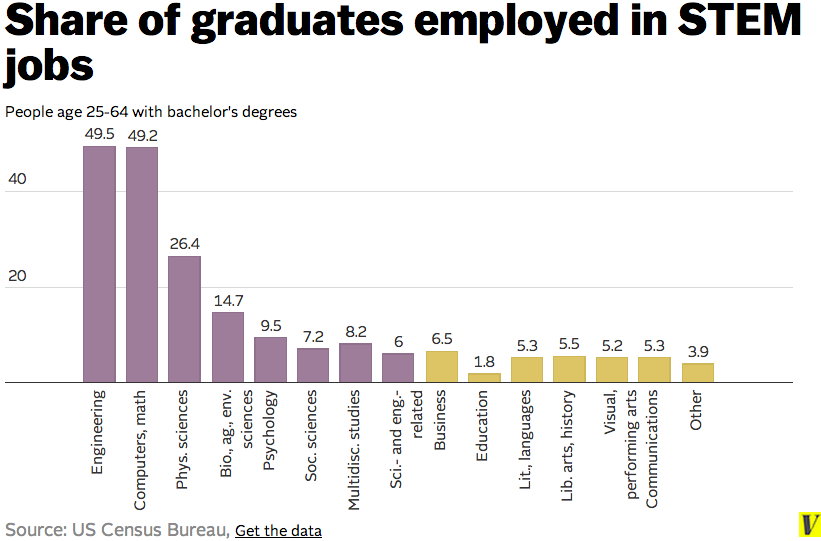 People who majored in engineering, computers, and math all have a far higher chance of working in STEM fields than people in natural sciences and social sciences.

There's a lot this data doesn't tell us — for example, it covers all college graduates 25 to 64, so it doesn't show whether or not young STEM grads are in particularly high demand compared to older STEM grads. It also doesn't reflect that many STEM jobs require further schooling than a bachelor's degree.

But this data hints at two big things: one is that STEM is a massive category, and to say there is a "STEM shortage" doesn't really begin to tell you meaningful things about what's going on in the labor market. (It's also subject to interpretation — the social sciences are often not included as STEM majors.)

The other is that separating jobs out into "STEM" categories may be missing the point. Just because lots of STEM grads don't work in STEM fields doesn't mean there's not a need for science and math knowledge out there — there certainly is, and employers are willing to pay handsomely for certain skills, as the Brookings Institution found in a recent report. But those needs are popping up more and more in non-STEM fields, like business.