How Garth Brooks managed to upset the city of Dublin

Share All sharing options for: How Garth Brooks managed to upset the city of Dublin

If you're not a Garth Brooks fan, you don't know the agony of waiting more than a decade for him to make music again. And his Irish fans have been waiting 17 years for him to come back to their country. That agony is going to be prolonged for a few hundred thousand people, as the country megastar canceled a five-show concert run in Dublin. Here's what's behind the fiasco.

Why did Brooks cancel his Dublin concerts?

Because he drove a hard bargain. In December, Brooks announced he would play two concerts at Croke Park Stadium in Dublin, a venue that holds more than 80,000 people. Those concerts sold out quickly, and three more were eventually added to let more people in on the fun. The whole run was to take place from July 25 through 29.

Brooks' dublin concerts were canceled because he drove a hard bargain

And that's where the problem came in. Some residents and business owners near the stadium were unhappy with the five-concert run, as the LA Times reports, so the Dublin City Council moved to cancel two of the shows. City policy says only three "special events" per year can be played at the stadium, and boy band One Direction had already played three concerts at the stadium this year, reports HitFix.

Brooks responded by saying he would play five of the concerts or none, presumably banking on his massive appeal. His reason, he said in a statement to the Irish press, was that choosing to cancel one concert and not another "would be like asking to choose one child over another."

But the city stood firm, and Brooks canceled the whole string of shows. Since then, there has been a storm of finger-pointing between Dublin officials and both Brooks and his promoters. At a Thursday press conference, Brooks maintained his hard line, asking Dublin to change its mind: "It's a simple yes. Open it up for five nights. Let everybody have fun." 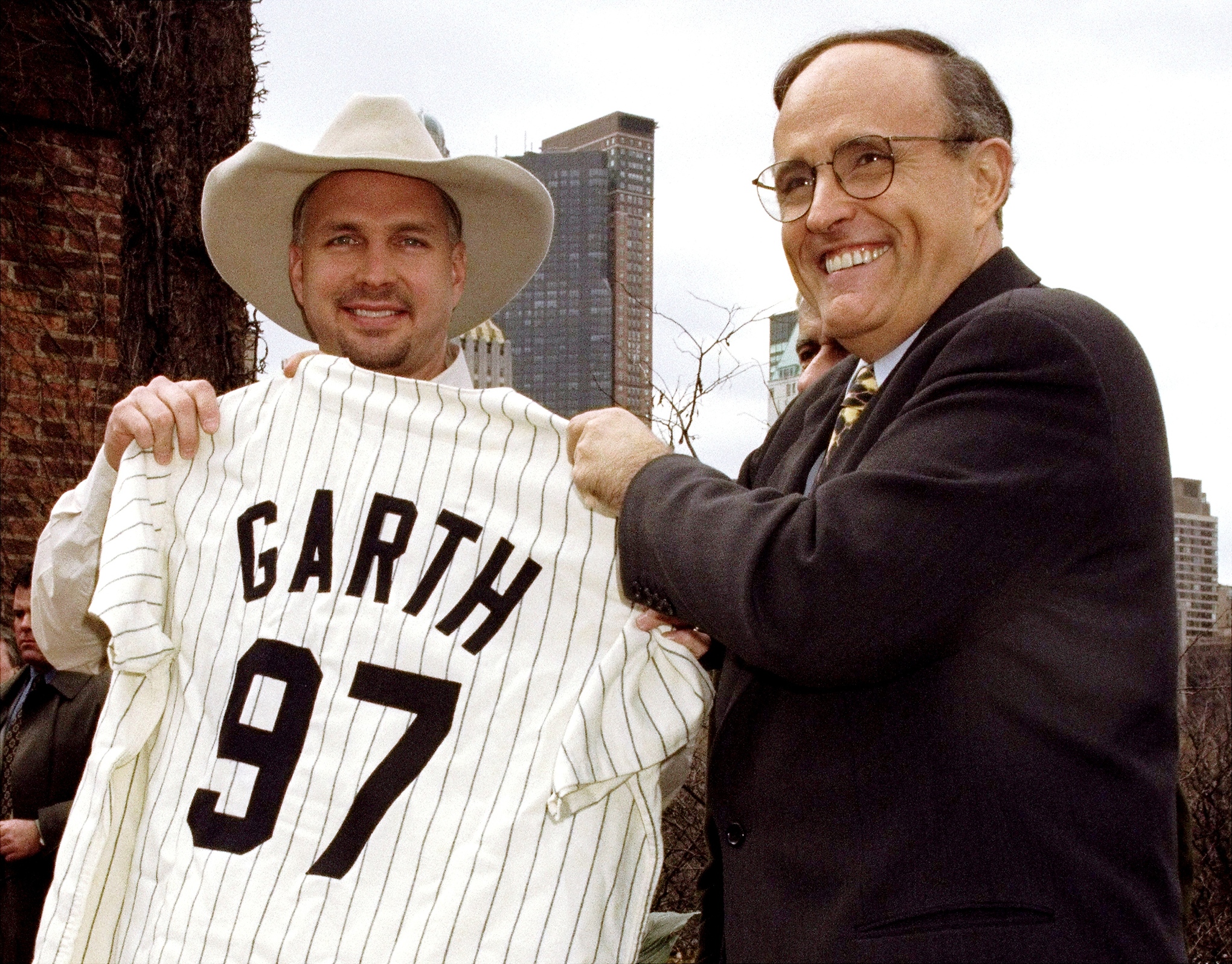 Mayor Giuliani didn't give personalized Yankees jerseys to just anyone.

Why is this a big deal?

For one thing, he had sold 400,000 tickets for the five nights. Only big-name music stars could sell that number of tickets, and even fewer country stars could do it overseas. And now those hundreds of thousands of ticket holders are very, very upset.

Garth brooks is the third top-selling artist of all time, behind only the beatles and elvis

In addition, this would have marked Brooks' comeback — something his fans have been waiting for since 2001, when he retired to raise his daughters, saying he'd go back into the music business once his youngest daughter was college-aged (she graduated from high school this year).

It's also a big deal purely because Brooks is one of the most popular musical artists of all time. According to the Recording Industry Association of America, he's the third top-selling artist of all time in terms of albums sold, behind only the Beatles and Elvis Presley, putting him ahead of other greats like Led Zeppelin, the Rolling Stones, and Madonna.

So for non-country fans, imagine if Zeppelin finally announced it was coming out of retirement, then canceled its first five shows in one go. Super disappointing.

But it's not just about angry country fans. By one estimate, the city of Dublin will lose out on $68 million in tourist spending due to the cancellation. And the uproar got so big that it became an international issue — the Mexican ambassador to Ireland offered to get involved, and the Belfast Telegraph even obtained a White House comment on the matter (though that comment was that the White House would not intervene). 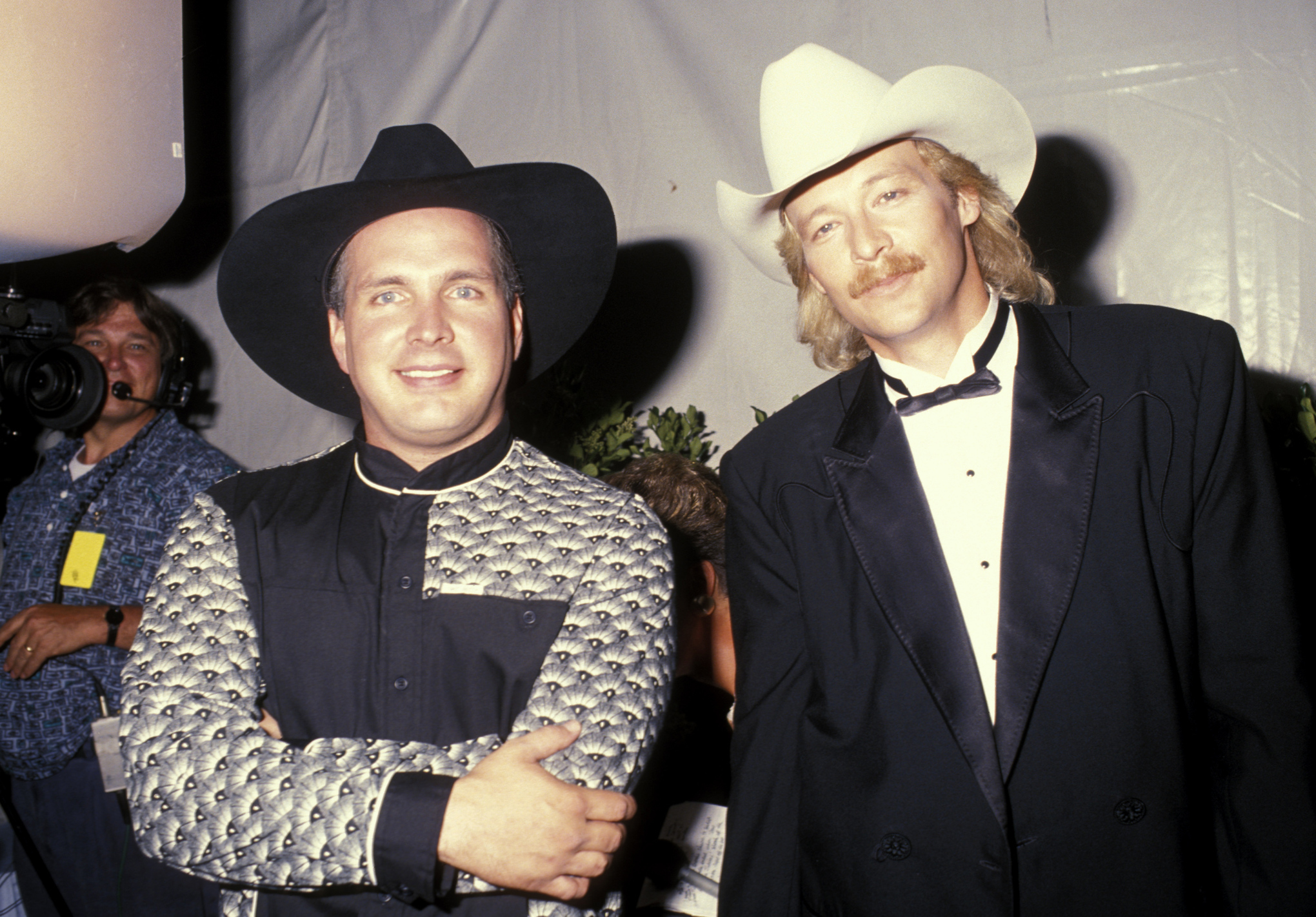 Brooks in his heyday, with fellow country star Alan Jackson.

Ireland? Why not Nashville or San Antonio or literally anywhere else in the US?

It's not exactly honky-tonk land, but Brooks is (clearly) popular in Ireland. And these comeback concerts also fulfill a promise he made to his Irish fans at a 1997 Croke Park concert, when he promised to come back and perform again.

In addition, Brooks has paid tribute to Ireland in song, with a song on his 1995 album Fresh Horses. No other country has merited its own Garth song (though you could count his ode to the US bar scene, or perhaps his meditation on the difficulties of choosing between attending a rodeo or following a woman to Mexico).

Is Garth Brooks even still a thing?

He hasn't released a full-length studio album of new music since 2001's Scarecrow. But since then, he has played the occasional benefit concert or awards show and released a boxed set of covers, Blame it All on My Roots. In 2009, he also started a run in Wynn Resort in Las Vegas, which ended in 2013.

And now, he's about to be back on the scene. At Thursday's press conference, he announced a new record deal with RCA and Sony, as well as a world tour, whose dates have yet to be announced.

So Garth is coming back. Will he bring Chris Gaines with him?

Chris gaines was a rocker, but was more phil collins than mick jagger

Ah, Chris Gaines. For those new to the Garth mythology, Chris Gaines was an alter ego Garth dreamed up in the late 1990s.

Chris was a rock artist, but was more on Phil Collins' end of the spectrum than Mick Jagger's. Brooks released an album as Chris Gaines and even performed on Saturday Night Live in character. The idea was that ultimately there would be a movie starring Brooks about the fictional Gaines' life, but it never came to be. The whole thing confused Brooks' fans (and the album got poor to meh reviews), and the Chris Gaines incident is generally considered a big black mark on Brooks' career.

So though Brooks hasn't mentioned bringing Gaines on his new world tour, it would be a surprise if it did happen.

For an explainer on a major music star, this piece has awfully few videos or songs. What gives?

You're telling me. The problem is that Brooks has kept very tight controls on his music, not making it available on Spotify, YouTube, or iTunes. The reason, he has said, is that he believes in the album as an art form. He announced on Thursday that he would finally make his music available digitally, but only on garthbrooks.com.

But if you absolutely need a Garth Brooks fix (and you do), here's a 2013 appearance on the Tonight Show. It's a little uncharacteristic of the singer — he's shed the country songs in favor of Bob Seger's "Night Moves" — and instead of the cowboy look, he looks more like that uncle of yours who used to be in a band. But then, your uncle doesn't have the voice of an angel.