Share All sharing options for: These two maps show the violence driving Central American children to the US

The horrible truth behind America's child migrant crisis is that many of the children coming here were facing extreme violence in their home countries of Guatemala, Honduras, and El Salvador.

As my colleague Amanda Taub wrote, "all three Central American countries were, statistically speaking, twice as dangerous for civilians (in 2012) as Iraq was." That explains why so many unaccompanied children and teenagers are so willing to make the risky journey to the United States — even if it means being placed in makeshift detention centers when they get here.

Now here are two maps that make this point vividly. A new map, published by the Department of Homeland Security, shows where unaccompanied children apprehended at the border during the first five months of 2014 are coming from: 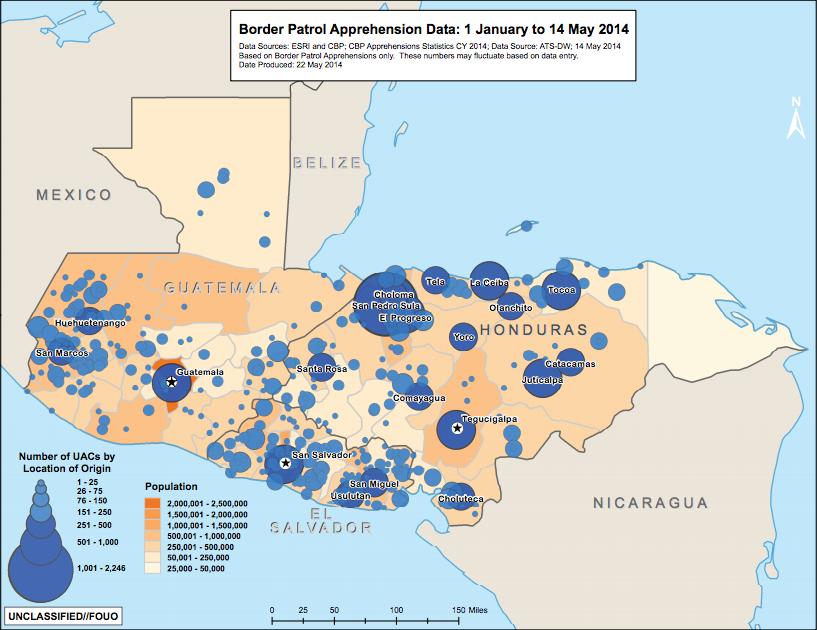 The biggest concentrations of children are coming from Guatemala City, cities in El Salvador, and northern Honduras — especially the northwestern corner of the country. Regions are shaded based on their population — you'll notice that some of the places sending the most children aren't necessarily the most populous regions.

Compare that to this open-source map compiled by data analyst Diego Valle-Jones, which shades regions in Central America and southern Mexico based on their homicide rate. (The data is from 2009 and 2010, but the security situation in these three countries has not improved since then.) 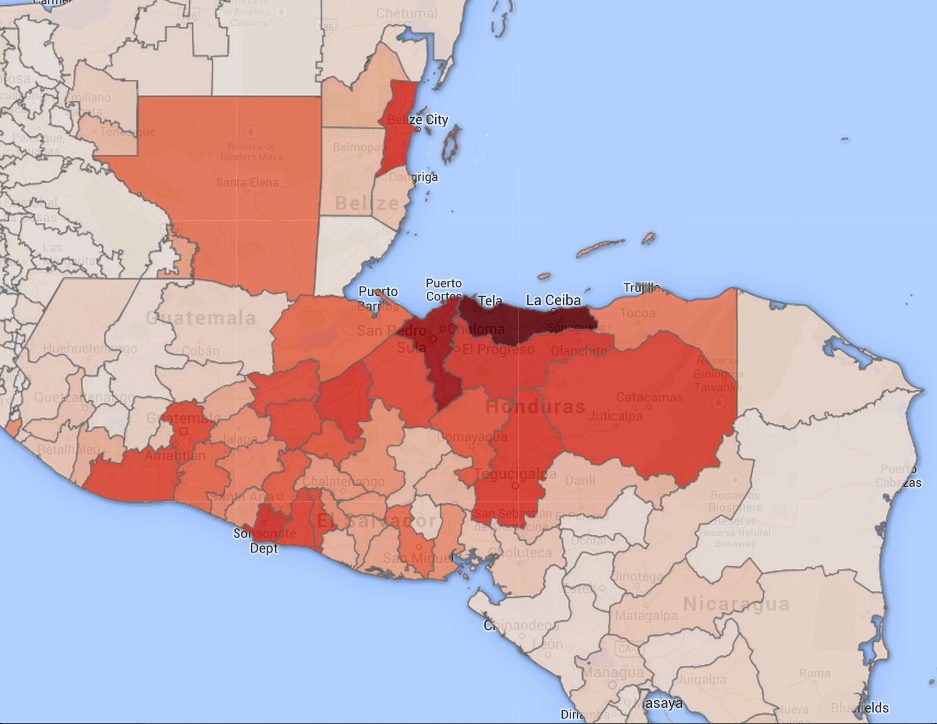 Look familiar? The darkest areas in Valle's map are, consistently, the most common places for unaccompanied children to flee for the US.

And for many of those children, the threat of violence isn't just around them — it's targeted at them. As Taub wrote:

If children defy the gang's authority by refusing its demands, the punishment is harsh: rape, kidnapping, and murder are common forms of retaliation. Even attending school can be tremendously dangerous.

For more on the dangers children are facing, read Taub's whole piece.