Japan is weakening its constitutional commitment to pacifism

Share All sharing options for: Japan is weakening its constitutional commitment to pacifism

Japanese Prime Minister Shinzo Abe announced on Tuesday that his government is loosening its official interpretation of the section of Japan's constitution that establishes pacifism as official policy. The Abe government's plan will allow the Japanese military to fight on behalf of its allies in certain circumstances, not just if Japan itself if attacked.

Abe's new interpretation is a sign of changing politics within Japan and the growing tension in East Asia — a development that should really concern the rest of the world, especially the United States.

Aspiring sincerely to an international peace based on justice and order, the Japanese people forever renounce war as a sovereign right of the nation and the threat or use of force as means of settling international disputes. (2) To accomplish the aim of the preceding paragraph, land, sea, and air forces, as well as other war potential, will never be maintained. The right of belligerency of the state will not be recognized.

Japan has been skirting Article 9's letter for decades. For instance, the Japanese Self-Defense Force (JSDF) has been around since 1954. Today, the JSDF is a modern, well-equipped military. To comply with Article 9, it technically gets labelled a "police" force.

Prime Minister Abe's new Article 9 interpretation is an even more radical revision, though it won't bring back a fully rearmed Japanese military. Abe's government has decided that Article 9 doesn't apply to "collective self-defense:" that refers to defending any of Japan's allies if the attack on the ally could pose a "clear danger" to Japan. Right now, the only such ally is the United States, though Japan is in talks with Australia about expanding military ties. 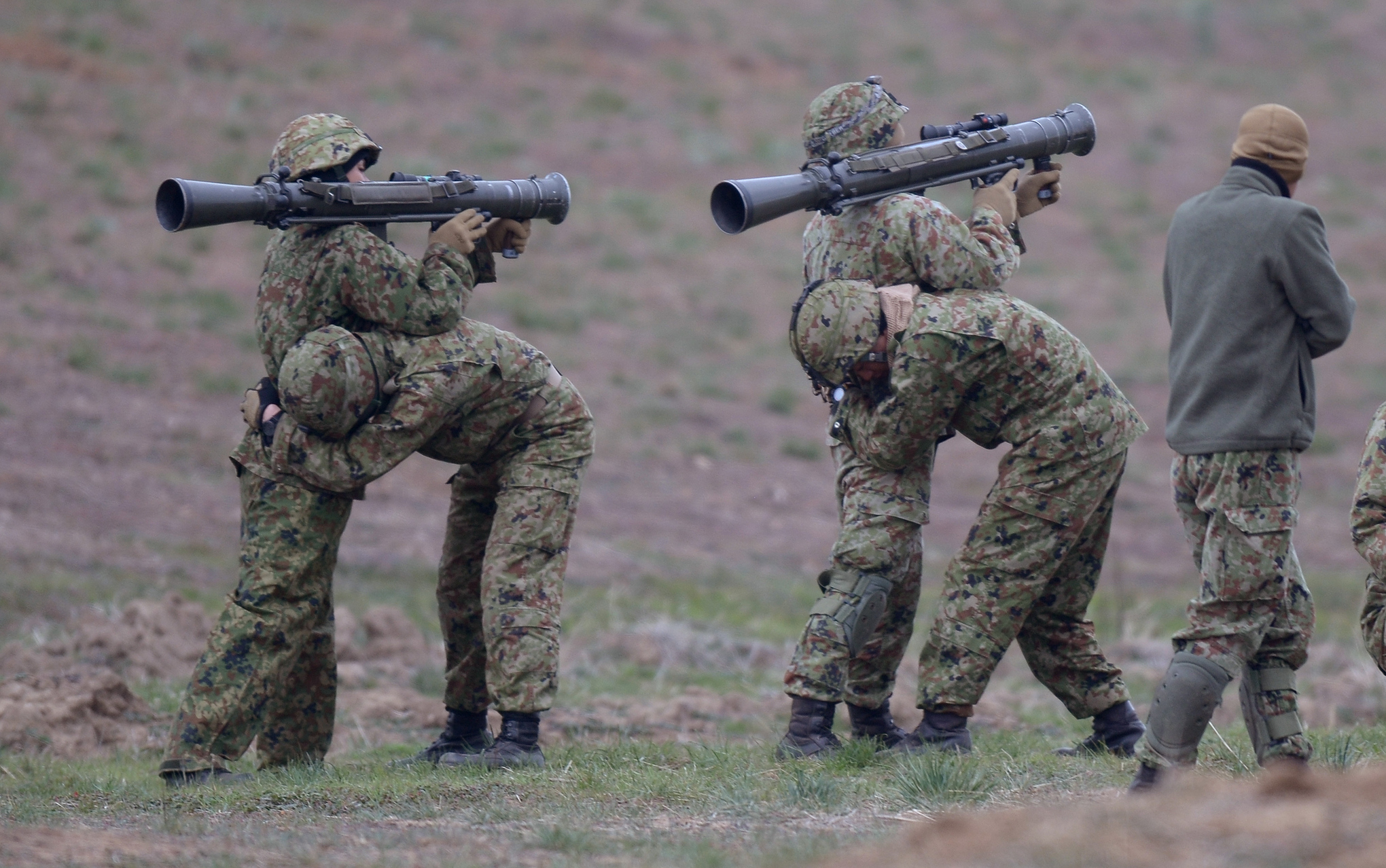 Imagine, for instance, if the US and China started firing shots at each other in the East Asia Sea. Previously, Japan couldn't get involved unless Japan was directly attacked. Now it can.

The new provision is in part about China and the US. Abe's government worries that the United States wouldn't defend Japan in a crisis with China without a clear commitment from Japan that it can and will defend itself.

That's why the US is likely pretty happy about this: American officials have long complained that Japan's strict Article 9 interpretation complicated the US pledge to defend Japan, which is ingrained in a 1952 mutual defense treaty. So this Article 9 isn't about Japan asserting its military independence from the United States; it's about solidifying the US-Japan alliance. And, implicitly, that alliance now exists to defend against Chinese military aggression, and perhaps against North Korea.

But in a deeper sense, it's about the interplay between Japanese self-identity and China's rise. There's been a long-running debate inside Japan over becoming a "normal nation." That means having a military, and the freedom to use it when necessary. "Normal nation" status is obviously incompatible with Article 9 and, while the normal nation partisans have won incremental victories, they still have yet to seriously alter the constitution.

But Japan's normal nation partisans are in an increasingly strong position — because of China. As China has gotten stronger, it's made increasingly aggressive territorial claims in places like the South and East China Seas. The more aggressive China becomes, the more the arguments for a more aggressive military response make sense to Japanese citizens.

Put differently, China's rise and aggressive actions are changing Japan's domestic politics. (Rising nationalism within Japan is also playing a role.) And that's true around the region: even Vietnam, which had recently been on quite friendly terms with Beijing, has started to build ties with the United States out of suspicion of China's intentions.

In broad terms, this means that China's rise is empowering hawks in Japan. The stronger China gets, the stronger that Japanese hawks become politically. Chinese leaders might see this and build up their own military force in the region to counter-balance — Imperial Japan's abuses in China are far from forgotten in Beijing. This is how a dangerous cycle of security competition could start. 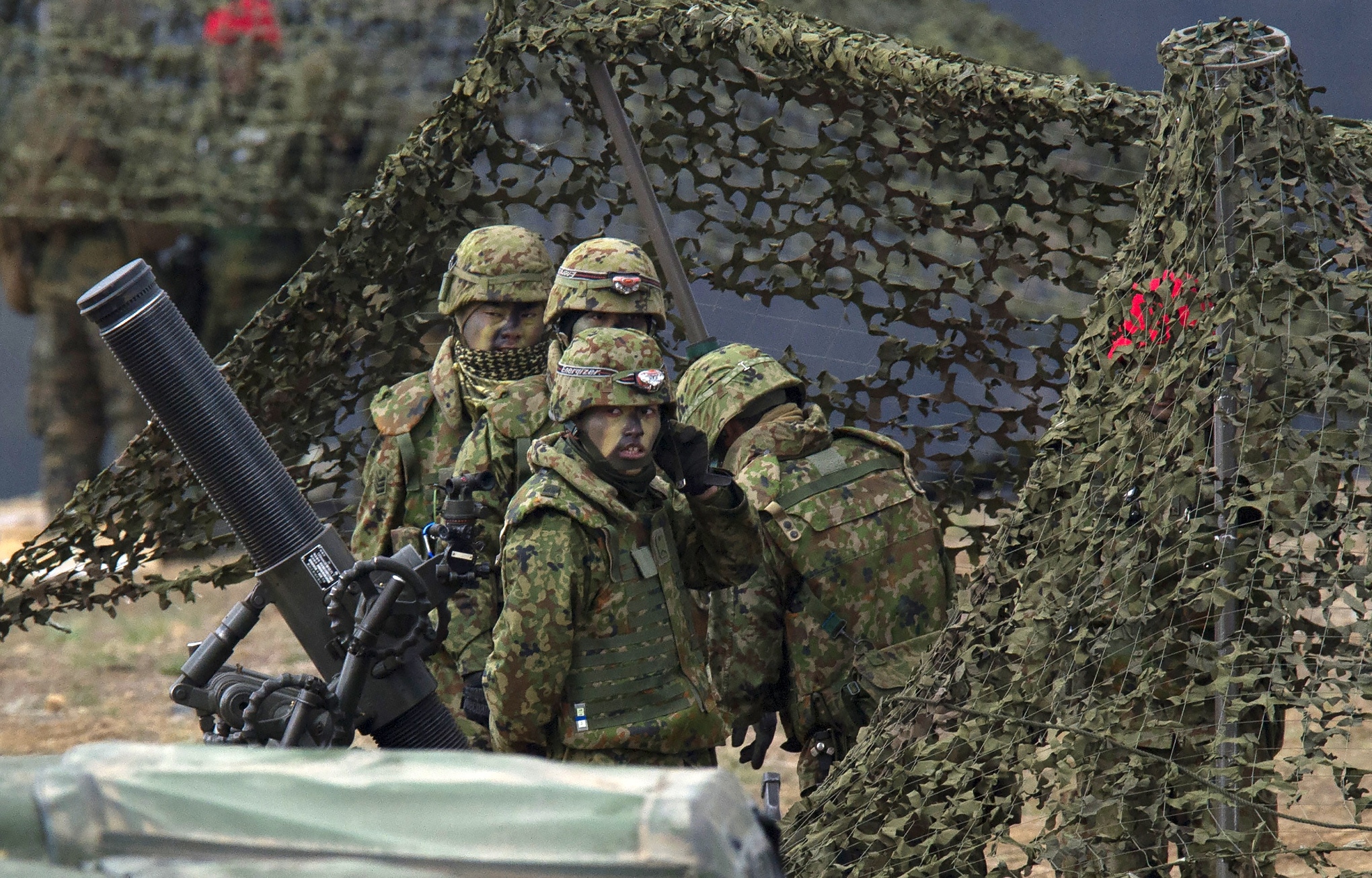 But this cycle isn't inevitable. For one thing, the United States has a very strong interest in convincing both Japan and China to avoid taking dangerously escalatory steps. It also has a lot of influence with both countries — although far more so in Tokyo than in Beijing — so American management of the conflict could help steer its course.

For another, Japanese pacifism is still quite powerful as a political force. The reason Abe was forced to reinterpret Article 9, rather than altogether rewriting it, is that he couldn't get his coalition partners — a Buddhist, relatively pacifist party called New Komeito — to agree. Moreover, polling suggests that the Japanese public is still skeptical of major revisions to Article 9.

So Abe's new move is a big new step for the US-Japan alliance, and also suggests that China's rise is pushing its neighbors toward more aggressive military policies. It's now a question of how far Japan and other regional states will allow themselves to pushed.