Here’s where new Americans came from in 2013, and where they live now

Share All sharing options for: Here’s where new Americans came from in 2013, and where they live now

The federal government just published data about the 779,929 immigrants who became US citizens in 2013. It shows that people are still coming to the United States from all over the world — but a few countries dominate the list. 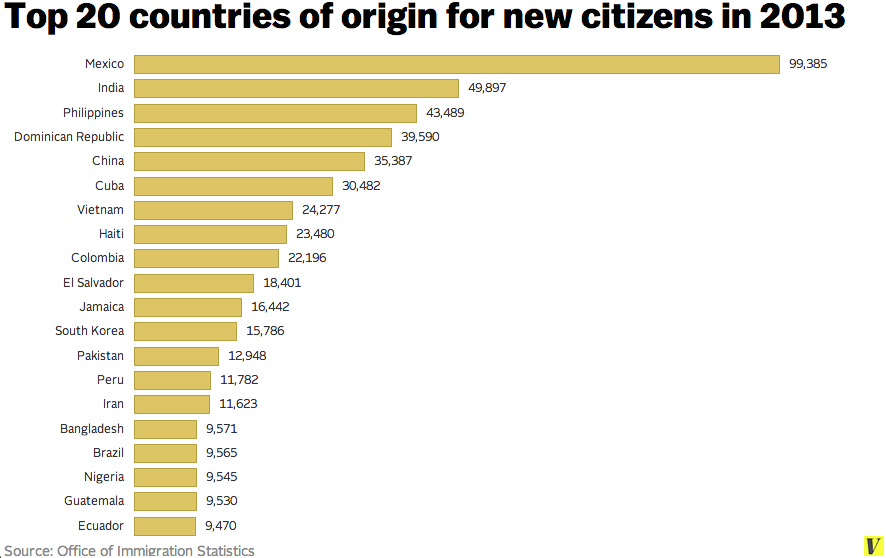 But there's also a wide range of countries represented — the people who became citizens last year came from 198 countries in all. 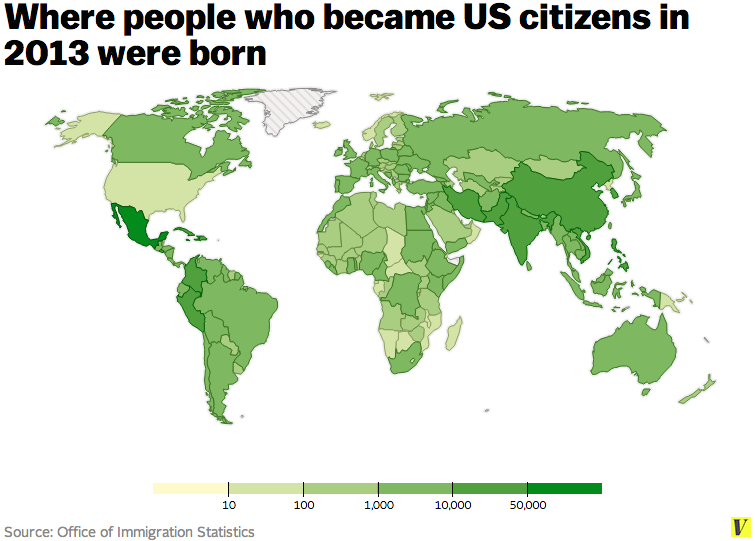 These new citizens have already lived in the United States for at least five years — and some have lived here longer than that. 2807 new citizens are listed as having been born in the "former Soviet Union" — which might mean that they've been in the United States since before the end of the Cold War, and are just now becoming citizens. (It also might just mean that they meant that their country of birth was the USSR at the time, even if it's, say, Latvia now.)

By the way, that light green shading on the US itself is not a mistake with the map. 55 new US citizens are listed as having been born in the United States. Most people who are born in the US are automatically citizens at birth — but there are exceptions. US Citizenship and Immigration Services says that those 55 new citizens could be, for example, the children of diplomats from other countries.

Just like new citizens are pretty concentrated in a few countries of birth, they're also clustered in a handful of states — notably California, New York, and Florida. 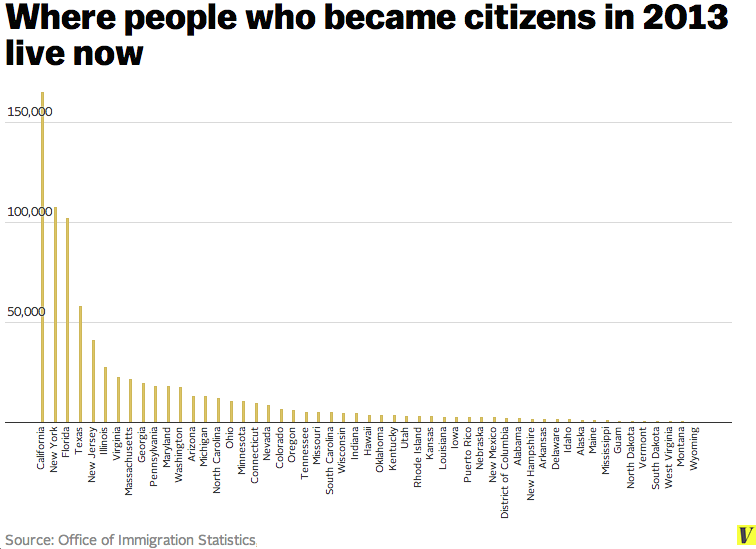 But every state has at least some new citizens in it. 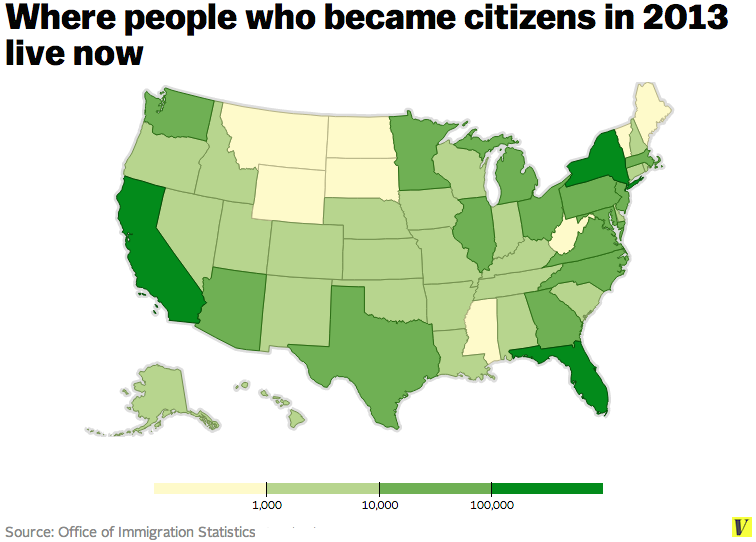 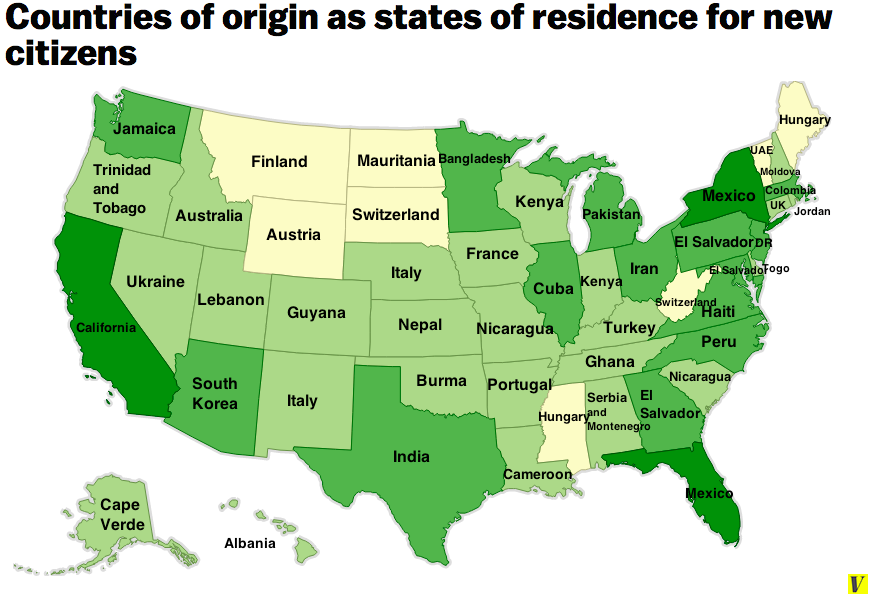 There's one exception to the map above. There are 164,792 new citizens living in California. No single country even had close to that many people naturalized as US citizens last year. Even in a country that's still a nation of immigrants, California stands alone.