3 charts that show the VA is badly overloaded

Share All sharing options for: 3 charts that show the VA is badly overloaded

One major cause of the ongoing Veterans Affairs scandal: The amount of veterans using the VA's health-care system has massively increased over the years.

Even as the total veteran population dropped nationwide, the number of veterans and non-veterans seeking VA care shot up between 2001 and 2014, a report from the Congressional Research Service shows.

Since 2001, the number of veterans using the VA's health-care system each year has increased by more than 2 million — a more than 34-percent increase. 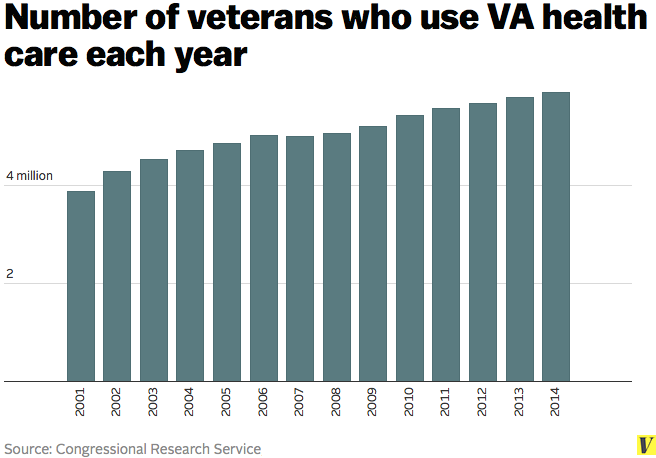 Interestingly, two of the drivers behind this increase are wars foreign policy experts and the greater public widely considered unnecessary: the Vietnam and Iraq wars. The VA obviously wouldn't be as strained if the US didn't engage in as many military ventures.

Non-veterans in the VA system now make up 11 percent of those receiving VA care. This group includes active-duty military personnel, veterans' spouses, and VA employees, among others. 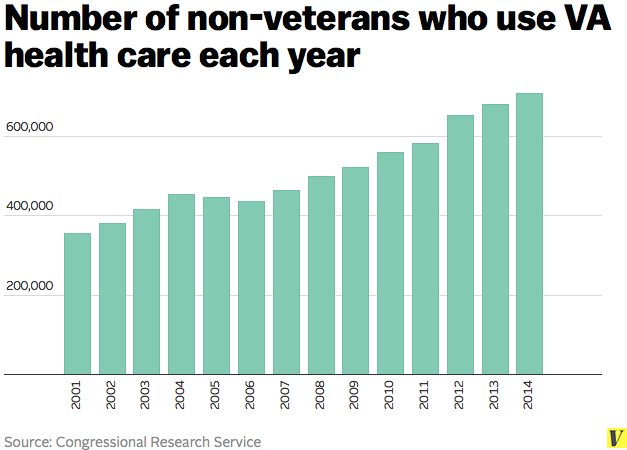 At the same time, the number of living veterans is dropping

Since 2001, the number of living veterans has dropped by more than 17 percent. 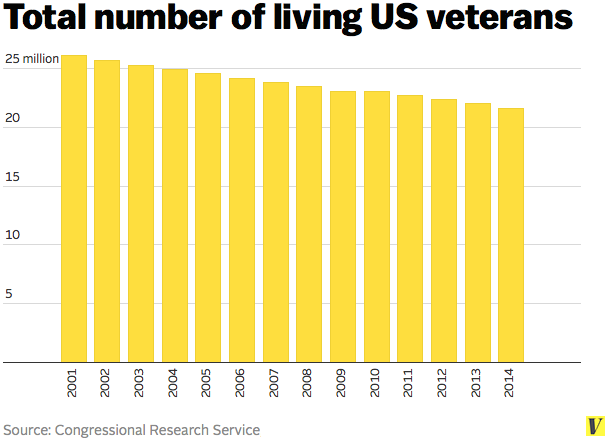 A lot of this drop can be attributed to veterans from World War I and World War II passing away. Those were both massive operations, which involved way more physical injuries than modern wars.