The deadly MERS virus jumped from a camel to a person

Share All sharing options for: The deadly MERS virus jumped from a camel to a person

The deadly MERS virus has killed hundreds of people in less than three years. And for all that time, no one knew where it was coming from. This week, scientists reported the first solid evidence of a case where MERS jumped from a sick camel to person, in Saudi Arabia.

Finding MERS' origin could be the key to stopping it. For example, many countries regularly vaccinate their poultry to protect against bird flu. If camels turn out to be the key link for human MERS cases, then vaccinating these livestock would be a likely next step. And this would protect people by protecting them from the source of the disease.

MERS seems to have a high fatality rate (roughly a third of those who get sick then die) but it isn't easy enough to catch that it's likely to become a pandemic. So far, the majority of the illness has been concentrated in the Arabian Peninsula, but many other countries have had a case or two. The pattern has been somewhat like a fire that throws off occasional sparks, very few of which become blazes of their own. 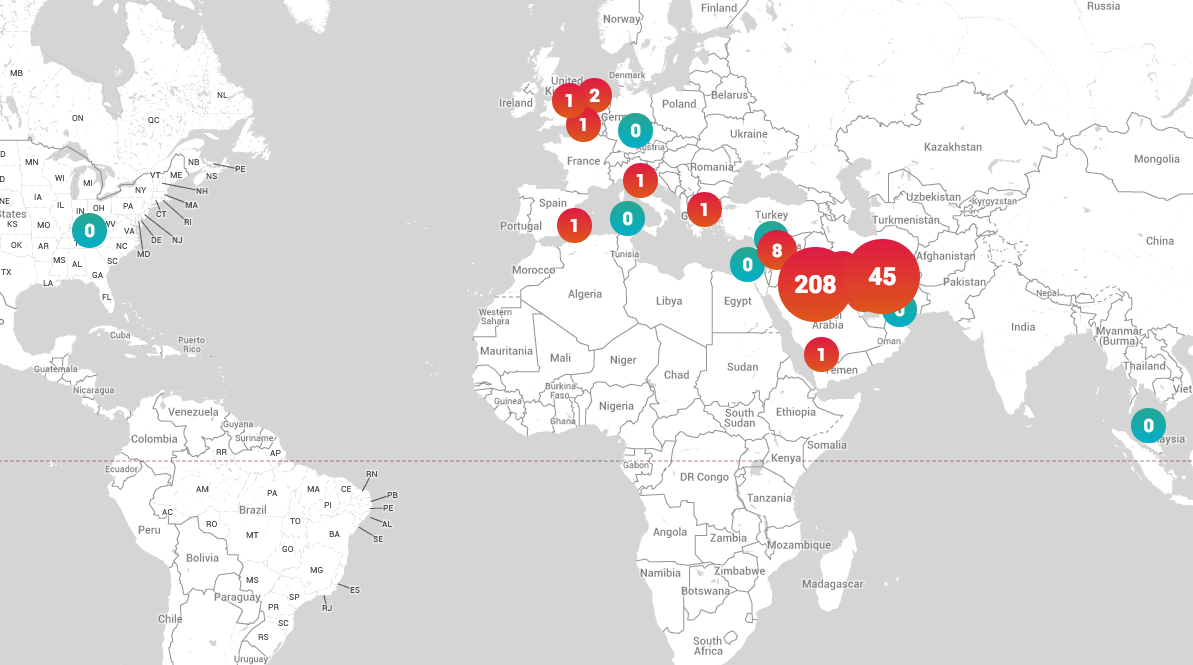 This unofficial map shows where people are currently infected with MERS (red) and where people had been infected at one point in time (blue-green). Coronamap.com

MERS jumped from a camel to a person 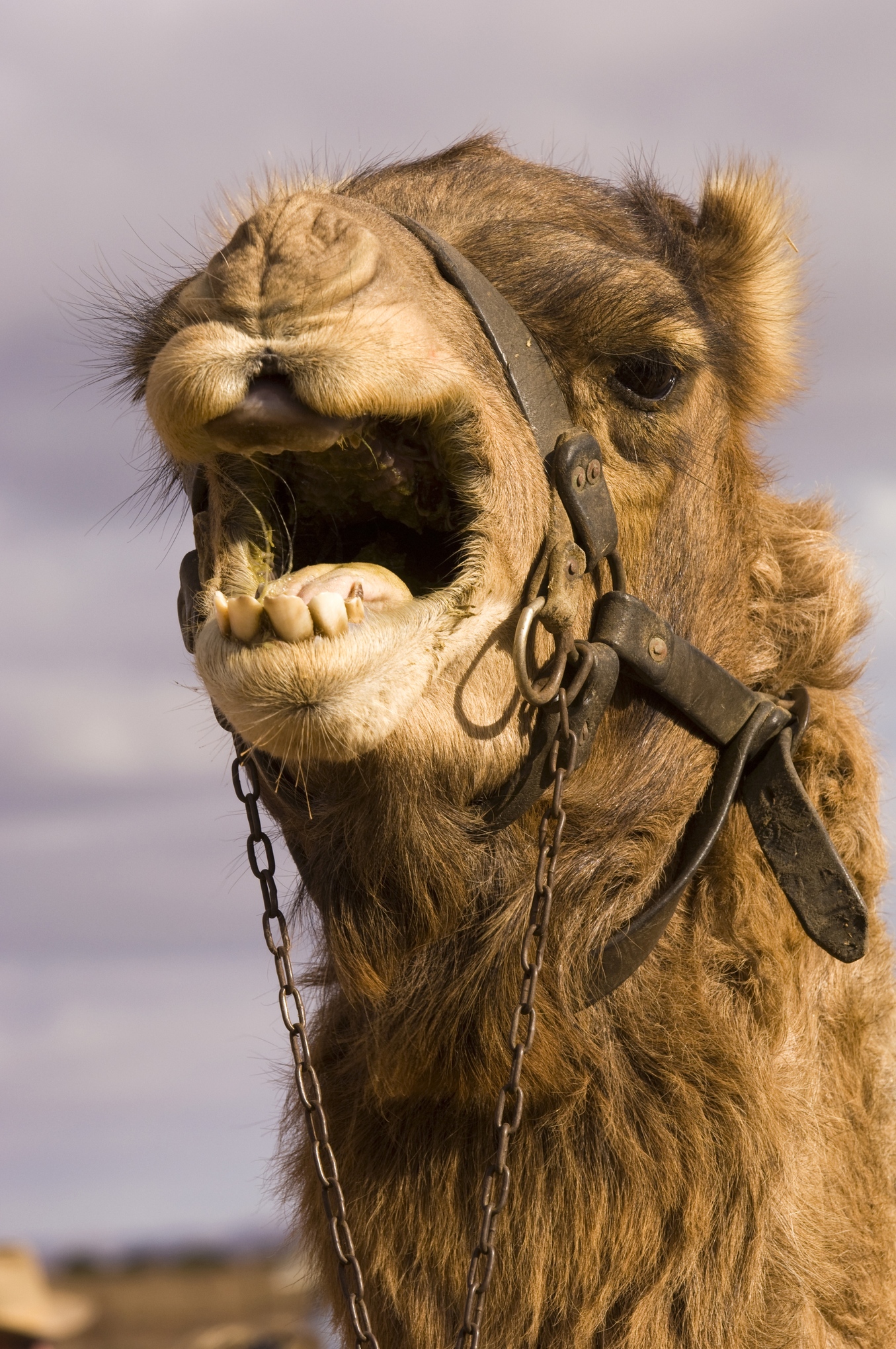 Many camels show evidence of previous MERS infection and so had long been suspected as spreading the virus to people. On June 4, a scientific research paper published in the New England Journal of Medicine described the first convincing evidence of someone who got MERS directly from a camel. The man got sick with MERS in October of 2013 and died the next month.

Looking at samples that had been collected from him and his camels, the research team used genetic sequencing to show that the virus from a young camel and the man were identical. And it seemed that the man got the virus from the camel and not vice versa because the camels were sick before he was.

How did this guy catch a virus from a camel?

The research paper concludes that the man likely got the MERS virus from close contact with sick camels. He had been caring for his nine camels, four of which had been ill with runny noses. Also, he had applied a treatment to the runny nose of one of them, a camel calf, seven days before he started feeling sick. This timing lines up with how long experts think the MERS virus hides in the body before someone gets ill.

Another possibility is that he got MERS from drinking the unpasteurized milk of one of these camels, which he was doing regularly. However, by the time the camels were tested, they were for the most part well and MERS didn't show up in their milk. It's still possible, though, that milk and meat have been spreading MERS in other cases.

It's not just camels. A lot of people are getting MERS from other people. 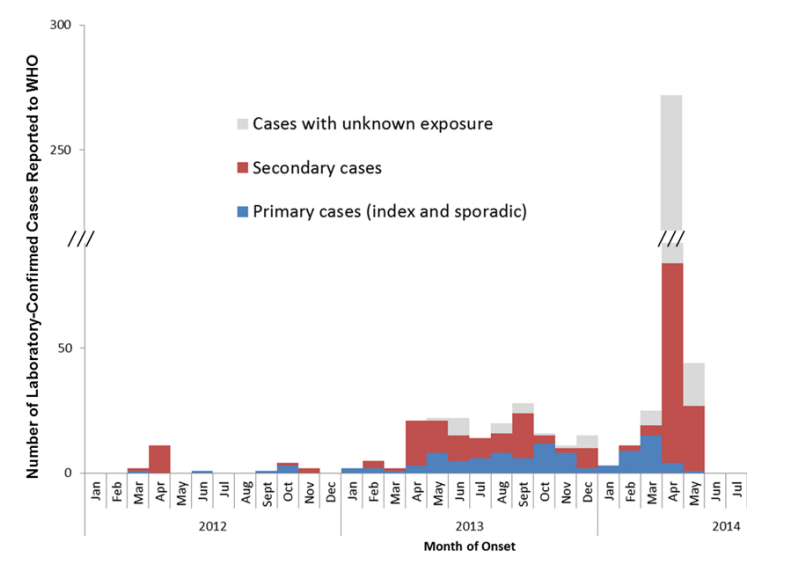 As you can see in the chart above, a lot of MERS cases have been from person to person transmission. That's called "secondary transmission" and are the cases colored in red.

The mystery is somewhat solved, but not over

But what about all those "primary cases?" There are millions of camels in the Middle East, where they're used for meat, milk, and racing. So it's possible that MERS has been jumping from camels to livestock workers or to people who have eaten raw or undercooked camel milk and meat. But it's far from clear if that's the only source. Although some of these first MERS cases have been in people who work with camels, many others haven't. The mystery is somewhat solved, but not over.

Saudi Arabia will be testing all of its camels for MERS

Because the camels in this study recovered fairly quickly from the virus, the authors suggest that the animals might be acting as a link between some other source and people. The camels' bodies are killing the MERS virus so quickly that it might just die out if some other source weren't giving them new cases. One possibility is bats, which have been implicated as carriers of other deadly diseases, as well.

There's still a lot that's unknown as far as MERS is concerned, but people already seem to be taking some of the next steps. News reports say that Saudi Arabia will be testing all of its camels for MERS, and that data set should yield new insights.