No, Obama can't use Bergdahl-style prisoner exchanges to close Guantanamo

Share All sharing options for: No, Obama can't use Bergdahl-style prisoner exchanges to close Guantanamo

When President Obama secured the freedom of American POW Bowe Bergdahl from Afghanistan by releasing by five Taliban prisoners from Guantanamo Bay, he unintentionally reopened the debate over his long-promised, long-failed pledge to close that detention center entirely.

The political left is arguing that this incident proves that Obama could close Gitmo immediately if he actually wanted to; why not just use the same executive powers he used with Bergdahl to go on to release every other detainee? The political right, meanwhile, sees this as evidence for Obama's secret ambition to illegally release dozens of dangerous terrorists back onto the battlefield, defying the will of Congress and the American public.

Both groups of critics are converging on a single idea: that prisoner exchanges are a legal loophole by which Obama could finally close Gitmo and resolve the years-long legal crisis over indefinite detention. This is sort of the national security version of January 2013's platinum coin, a hypothetical option by which Obama could solve the debt-ceiling crisis by ordering the Treasury Department to mint a trillion dollar platinum coin to pay off US debts. Like the platinum coin, using prisoner exchanges to close Gitmo would be fanciful and legally dubious, an idea that makes sense in the abstract but falls apart in execution.

The fact that we're even discussing this as an option, though, shows both how broken our political discourse around Gitmo has become, and how confused. Behind this debate is the fact that we have not yet fully resolved the question of whether America categorizes the detainees in Guantanamo, of whom 149 remain, as enemy combatants or terrorists.

If the US categorizes them strictly as combatants in a war, then while that gives the US authority to hold them for the duration of war, the United States' war in Afghanistan is legally ending in 2014, which means Obama would legally have to release most or all detainees at that time. It would also mean that he'd need to try them in a military tribunal to have detained them in the first place, which in many cases he did not do for lack of admissible evidence.

But if the US categorizes the detainees as terrorists, while that gives the US legal license to hold them far beyond 2014, the US would need to convict them in a civilian courtroom first. Terrorism is a civilian crime; terrorists hence are civilian criminals. The US hasn't done this in some cases because the US doesn't believe it has enough evidence; a lot of evidence had to be thrown out because of Bush-era torture, but in other cases the US just can't prove wrongdoing. But, more to the point, Congress has blocked Obama from using civilian trials by passing legislation barring the federal government from funding trials for Guantanamo detainees or buying a prison in the US to house them.

So this means that the detainees at Guantanamo are treated as sort of enemy combatants, and sort of as arrested criminals, but not really as either. It's a legal limbo they've been forced into partly by the ambiguities of America's war in Afghanistan, which began as George W. Bush's legally never-ending global war on terror, but has since become more of a conventional war — and one that's now ending.

More to the point, it's a limbo they've been forced into by Congress, which has compelled the Obama administration to treat them as enemy combatants unfit for civilian trials, but also as civilian criminals who cannot be released once the US war in Afghanistan ends. (Separately, there are dozens of detainees who have been cleared for release but who remain locked up for more complicated diplomatic and political reasons.)

Obama exploited that legal limbo to make the Bergdahl swap

The congressionally enforced ambiguity meant to keep Guantanamo running in perpetuity explains both how Obama was able to release five Taliban prisoners for the Bergdahl swap and why he probably couldn't execute this strategy to close the prison outright.

In releasing the five Taliban prisoners, Obama was ignoring the ambiguity over detainees' legal statuses and treating these five as pure military combatants for the purpose of this exchange.

That's both valid and not. It's valid because they certainly seem to be earnest Taliban fighters and because in the context of this prisoner exchange we are treating them as exactly like POWs, which under the laws of warfare can and often are exchanged in just this manner. It's not valid because the US never tried them in a military tribunal to legally establish that they are POWs.

More to the point, Obama was calling Congress's bluff, using to his advantage its refusal to honestly answer whether the detainees are combatants or criminals. Congress has long insisted the detainees be tried in military tribunals, which means to treat them as combatants, so Obama went ahead and did exactly that. 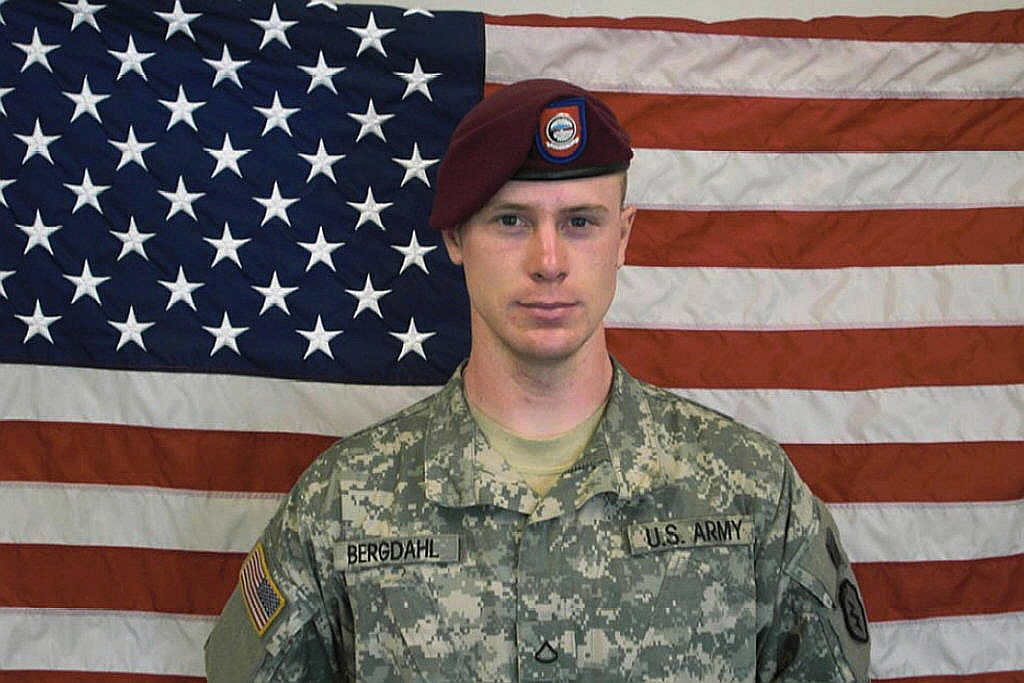 Bowe Bergdahl before his Taliban ordeal. Photo by U.S. Army via Getty Images.

Why that legal ambiguity isn't a way to close Gitmo

But this is not a solution for Guantanamo. As with the platinum coin, part of the reason that the zany loophole solution isn't really a solution is that it will worsen, rather than address, the underlying political issues. American voters have shown very little interest in taking a principled stand for emptying Gitmo, perhaps because about one in six released detainees return to the fight. Congress has proven that Obama needs their help, or at least their acquiescence, to act on Guantanamo. Congressional leaders have made it very clear that Obama's prisoner swap and his failure to notify Congress in advance as is legally required makes them less inclined to take political risks to help him close Guantanamo.

Advocates for closing Guantanamo might be tempted here to endorse the Congress-defying imperial presidency they otherwise loathe. But even that would not actually solve the larger question of whether the US treats foreign terrorists as combatants or criminals. And it certainly wouldn't solve the question of where to send those detainees, which has actually been one of the most difficult impediments to closing the prison.

A big issue here is that dozens of Guantanamo detainees, slightly more than half of the prison's overall population, have been cleared for release. Sometimes this is for lack of evidence, sometimes because the US earnestly believes they do not pose a threat.

There are two reasons that they have not been released, neither of which would be solved by prisoner exchanges. The first reason is that about one in six, and perhaps one in four, released Guantanamo detainees return to terrorism. The Obama administration does not want to take the blame for allowing the release of a detainee who goes on to commit another Boston Marathon bombing. (Even the five released Taliban fighters will spend a year living in Qatar before returning to Afghanistan.)

detainees have to be released somewhere, but where?

Then there's the fact that the US cannot legally release a detainee into a country if we have strong reason to believe that country's government will torture them; this rules out an awfully large number of detainees' home countries. And often detainees' home countries' simply refuse to accept their return or — like in the case of Yemen — lack the physical prison infrastructure to house them. The US cannot legally take these detainees, most of whom are not Afghan nationals, and simply drop them off by the side of a random road in Kabul, like a family pet that bit the baby. So the Obama administration has to try to find a third country that will accept them. This is why, for example, it wrangled Bermuda into accepting a handful of Chinese detainees whom China had refused to take back.

Were Obama to declare all of the Gitmo detainees to be legal enemy combatants, he would make these problems harder to solve, not easier. It's one thing for the US State Department to call up the Bermudan foreign ministry and ask them to accept some Chinese detainees whom the US insists are harmless; it's quite another to ask Bermuda to accept people whom we legally designate as active fighters in an ongoing war. Even if Obama decided it were worth the risk to jump dump the entire population of Guantanamo into the Taliban's hands, it's not at all clear that even the Taliban would accept the detainees, not all of whom fought with the group.

President Obama has stopped blaming his administration's problems on the Bush administration, for the very good reason that it sounds like a lame excuse. But the truth is that Bush left him, and the United States, with a remarkably complex set of legal, political, and diplomatic problems when he decided to start housing detainees indefinitely and without charge in Guantanamo Bay.