Orange Is the New Black is Netflix's best show

Share All sharing options for: Orange Is the New Black is Netflix's best show

Orange Is The New Black headed into its first season without the pomp, circumstance, or bravado of its Netflix siblings. If Netflix is a family, House of Cards is the kid they trot out at dinner parties to brag about, and Arrested Development is the charmer. Hemlock Grove, the family's mercurial child, flamed out. And then there was Orange.

On paper, the show didn't seem very impressive. Taylor Schilling, whose previous career highlight was Zac Efron's make out partner in The Lucky One, and Star Trek: Voyager's Kate Mulgrew were the show's tentpoles. Laverne Cox, one of the show's regulars, was known for appearance on the reality television show I Want to Work For Diddy. It was hard to explain to viewers how this show, a dark comedy about a women's prison in upstate New York, would compete with AMC's Breaking Bad, Walking Dead, and Mad Men or HBO's stable of critically-acclaimed dramas.

Even without the hype, Orange began to win over viewers and critics, by way of deft and rich storytelling from creator Jenji Kohan. And one year later, Netflix's best show is back for its second season on Friday.

And it's better than ever.

It's hard to think of a federal prison, Litchfield in particular, as a better place than the world we currently live in. But that's the message Kohan is sending. In this dreary world of cardboard brownness and inescapable incarceration, there's safety, order, and routine. The racists and homophobes are out in the open. Most of (with the exception of the prison's staff) the terrible men, many of whom ruined these women's lives, are the ones locked out. And drugs and alcohol aren't allowed there (many of the inmates, including Big Red, are on the same page about this; the show featured an overdose death last season).

The prison is an idealized place for some of the characters. And it might be one for Kohan as well.

That extends to how the inmates treat Sophia Burset (Laverne Cox), a transgender inmate, and how differently Cox's gender identity has been treated in the real world. We've had to see some transphobic ugliness because of Cox's newfound celebrity, yet there's an earnest acceptance of Sophia's sexuality and gender identification in Litchfield. And it doesn't come off as condescending or prescriptive.

There's a scene that involves Sophia knowing much more about being a woman than the other ladies of Litchfield. Laughs are had, but Sophia's knowledge is applauded, and helpful. Watching it seems like it was crafted as a smirk to the sting and stink we've seen in our world.

Litchfield can feel like an insular utopia for some of these women. But that doesn't necessarily mean that everyone is just here to enjoy the staycation.

The power struggle over which group of women become the kitchen staff underscores many of the scenes and character motivations this season. After Big Red (Mulgrew) was overthrown last year, the prison's Latina faction has assumed control of the galley, and they decide who does and doesn't eat. Losing this power is crushing blow  — Red has to eat with the old women waiting to die — but it's also dangerous to have the power in the prison.  Vee (Lorraine Toussaint), the newest inmate at Litchfield, is intent on claiming this prize.

With all these moving parts, these plots and characters could spin out of control and into something clumsy. But under Kohan's steady hand, it all works.

Who people will be talking about

Schilling doesn't have the show's scene-stealing moments. Her character is more dull than sparkle, her eyes dim and dead, and her personality more caustic than it is vulnerable.

Schilling plays this sad, fearsome, force of a person beautifully.

Her privilege is again a major force in this season, but it's from a different angle. Now a seasoned veteran of Litchfield, Piper is confronted with a new inmate named Brook Soso (Kimiko Glenn), a younger, faster-talking, feathery-voiced version of herself. And thanks to Brook, Chapman gains an understanding, and a knowing resentment of her own class and entitlement.

Piper isn't a character you're not exactly rooting for, but one that you fear you might be if placed into Litchfield. And Schilling plays this sad, fearsome, force of a person beautifully.

Schilling's understated role allows Taystee, played by Danielle Brooks, to really shine. Brooks, for some strange reason, was originally only going to only be in two episodes. Thankfully, Kohan and producers kept her on for good.

Initially, Taystee was a character that felt like comic relief with a side of vulnerability. She'd have three funny lines, crack a joke, and fade away. That's reversed in the early part of the first season, as we see the deep desperation and lack of family that drove Taystee into drug-dealing. Taystee's uncomfortable origin is explored in the second episode — my favorite of the six second-season episodes Netflix made available to critics. It's the bleakest we've ever seen the character but it also turns Taystee into person of consequence.

Taystee isn't the only character that Kohan brings front and center this season. Morello (Yael Stone) and Crazy Eyes (Uzo Aduba) have episodes this season that will shake and change the way you look at them.

"I forgot what it is like to have all that freedom to waste," Chapman tells Larry in one of the episodes. He has just spent an inexplicable amount of time waiting for a pastry (a sly nod to last year's cronut craze). But after spending time with Kohan and the magic she's pulling out of the pockets of Litchfield prison in Orange's second season, you can't help but feel that Kohan believes that freedom might be a bit overrated. 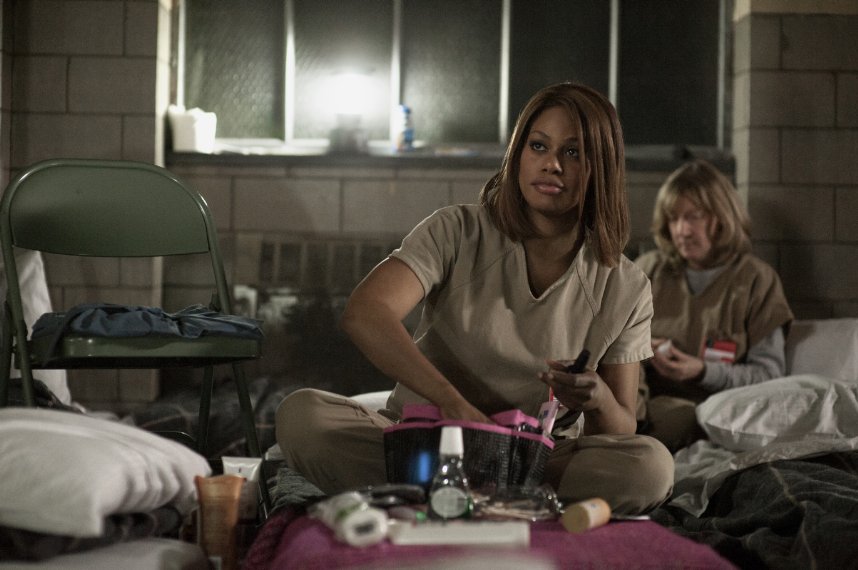 The episodes you should watch before starting this season:

I went into the six episodes of the new season fresh — I hadn't re-watched the show again since I binged on it last July. But I didn't find myself wondering why things were happening or what was going on. There are some episodes, however, that I found myself wanting to watch again because of the themes explored in season two: