6 Democrats standing in the way of action on climate change

Share All sharing options for: 6 Democrats standing in the way of action on climate change

This week, President Obama announced new EPA regulations on power plants — the centerpiece of his second-term effort to fight climate change. The expected chorus of condemnation from Republicans — who, for the most part, don't even accept climate science anymore — ensued. But there are also many Democrats, mostly from conservative or fossil-fuel dependent states, who are skeptical of Obama's efforts. While they generally don't deny or criticize climate science, they tend to loudly condemn most substantive proposals to address it — particularly those that would affect their own states. Here's six of them, plus one more who's on the bubble:

Manchin aired an ad where he shot a cap-and-trade bill — yes, with a gun 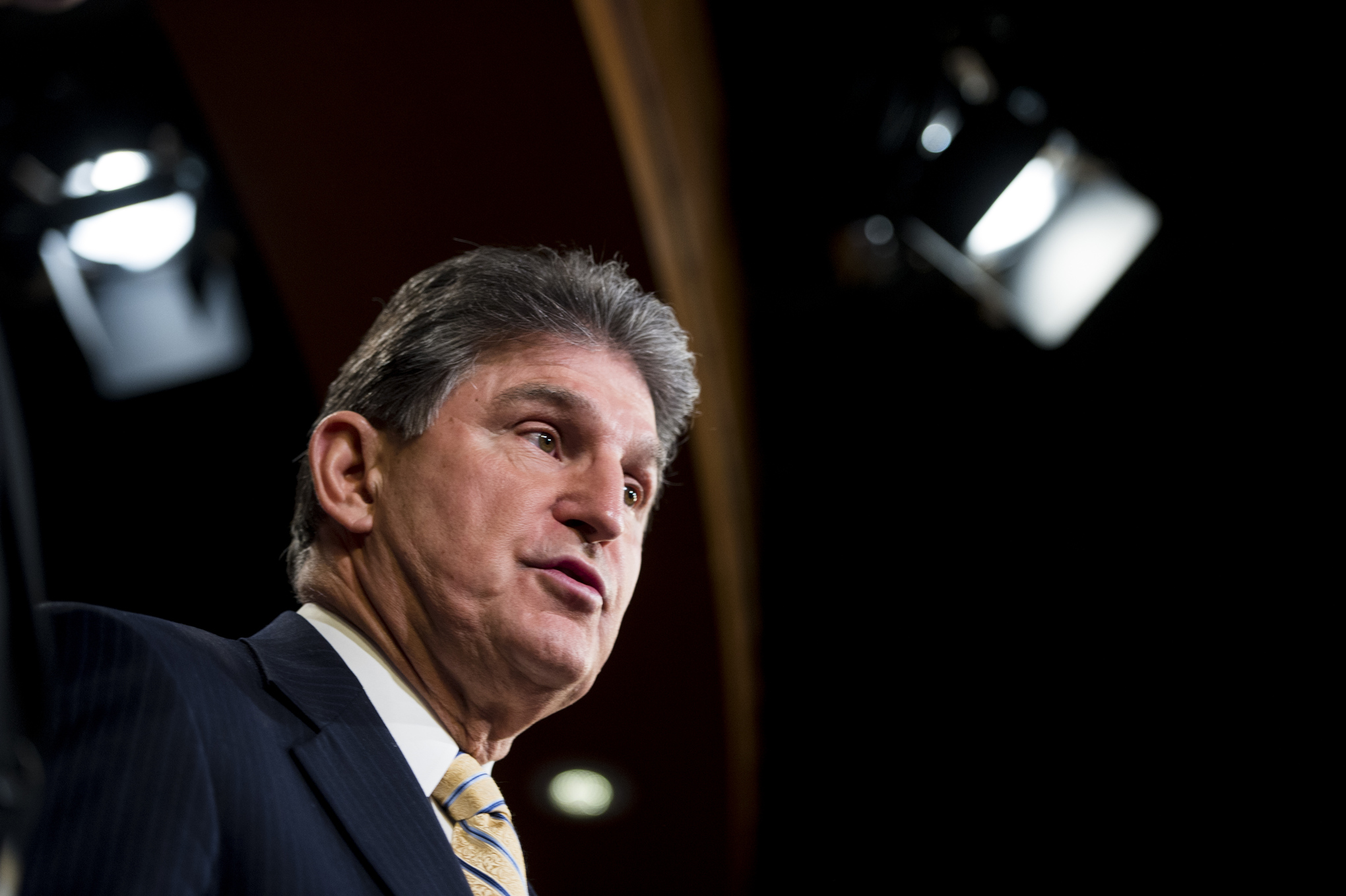 In 2010, Democrats in red states were running scared from the unpopular President Obama, and the climate change "cap-and-trade" bill he supported. But West Virginia Governor Joe Manchin decided to address this challenge in a particularly unique way — he ran an ad that showed him shooting a cap-and-trade bill. Yes, with a gun.

In fairness, the bill was already long-dead — as it remains. Yet once in office, Manchin has frequently voted to restrict the EPA's authority to address climate change, and accused Obama of waging a "war on coal" — a favorite Republican talking point. Recently, he acknowledged that climate change was a problem, but said there were "deniers" on both sides — the liberal deniers, he said, won't acknowledge how important fossil fuels still are. 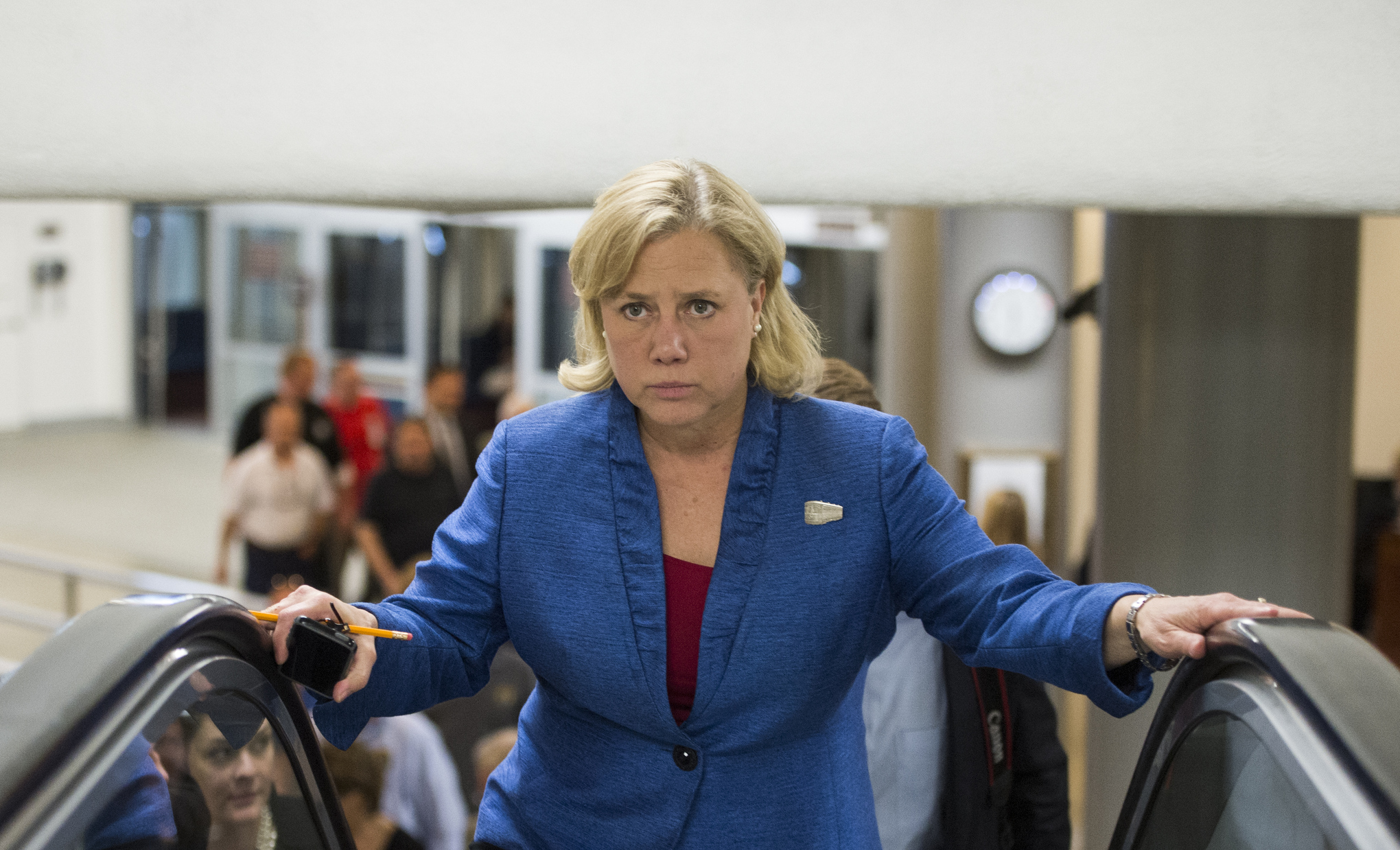 The oil industry is hugely important in Louisiana — and to Mary Landrieu's reelection hopes this fall. For years, she's been a constant critic of Obama's efforts to address climate. In 2010, Landrieu co-sponsored a GOP amendment to strip the EPA of its powers to regulate greenhouse gas emissions. She's said that "Any call to single out the energy industry, including oil and gas, for increased taxes is unwise and counterproductive to economic growth." And as the new chair of the Senate Energy and Natural Resources Committee, she's in a position to make good on those words.

In a review of Landrieu's environmental record, Ben Adler at Grist wrote that she "takes a pro-fossil fuel line on most issues in Congress," and frequently sided "with polluting industries over the citizens who suffer from their pollution." Just this week, she came out against Obama's new regulations, saying she opposes "the EPA acting alone to reduce carbon emissions." And she's raised over half a million dollars from the oil and gas industry this cycle. 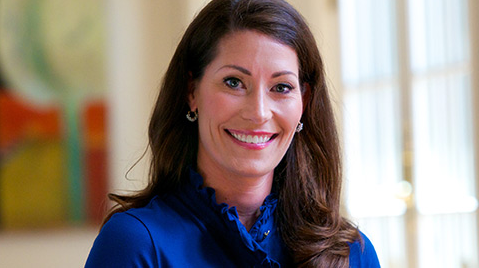 Last year, a spokesperson for Alison Lundergan Grimes told the Courier-Journal that she "understands the reality of climate change," but doesn't support "unnecessary regulation that hurts Kentuckians." So what does she think of Obama's new EPA regulations on power plants — the most important piece of his climate agenda?

Grimes: "I'm running for Senate to protect our coal jobs"

She's against them. In a radio ad out Wednesday, Grimes criticized the effort and President Obama by name, saying, "Your EPA is targeting Kentucky coal with pie-in-the-sky regulations that are impossible to achieve." She's responding to a barrage of ads from Senate Republican Leader Mitch McConnell attacking her for supposedly supporting the "war on coal." (Kentucky is overwhelmingly dependent on coal for its electricity generation.) So, when Grimes closes her ad by saying, "I'm running for Senate to protect our coal jobs," it sure doesn't seem likely that she'll make climate change a priority if she joins the Senate. 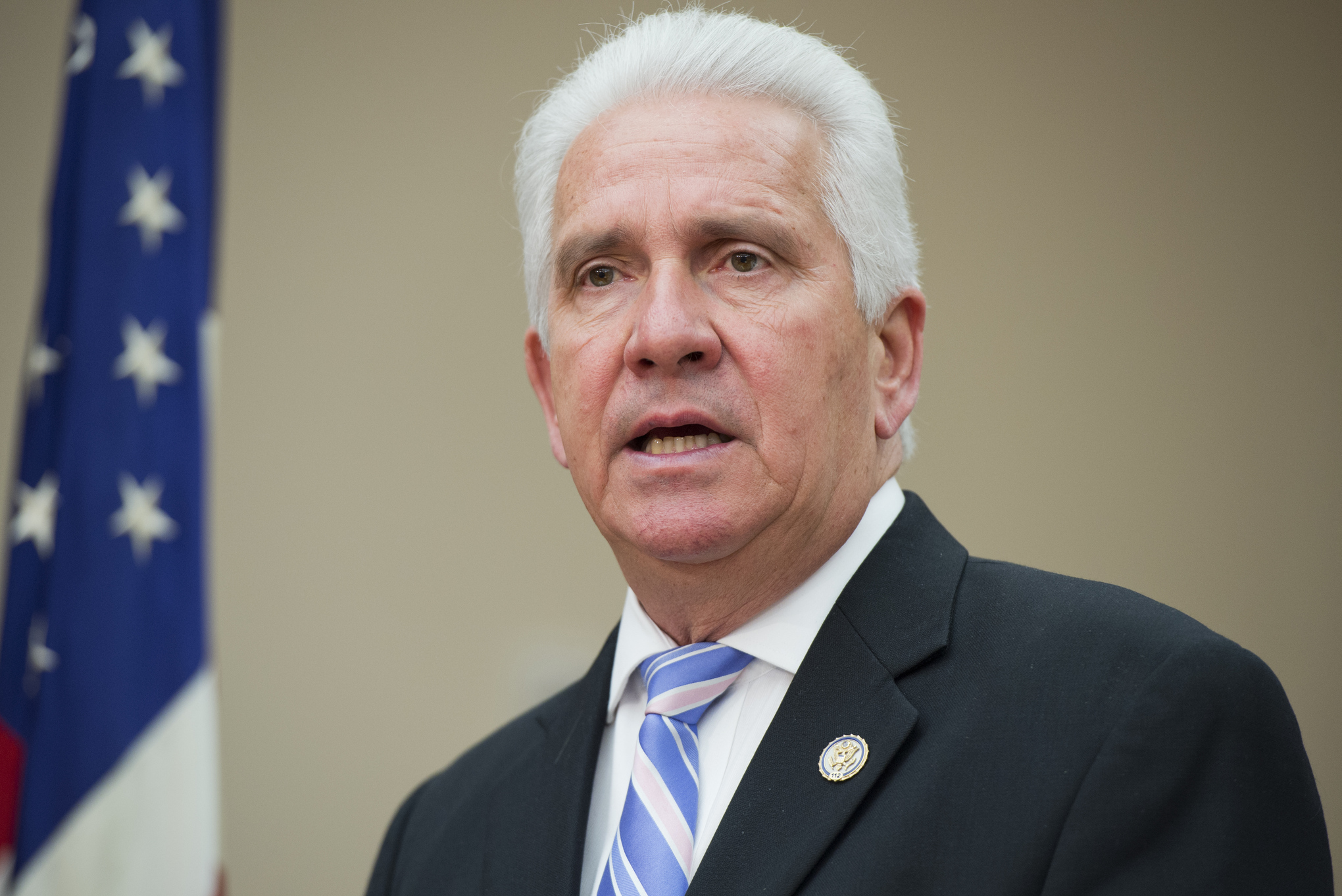 It may seem odd for a California Democrat to make this list, but Jim Costa hails from a conservative district covering part of the state's Central Valley. And he's been a longtime critic of EPA regulations, which he says hurt the "farmers, farmworkers, and small businesses in the San Joaquin Valley. "It's time to put the brakes on all these regulations and look at the effects on consumers, on energy and manufacturing industries, on electricity and fuel prices, and on our country's global competitiveness," Costa said in 2011. According to the League of Conservation Voters, Costa has a long record of anti-environment votes — and the group ran ads ads criticizing him in 2011 as a result.

But this year, the western US has been hit by a massive drought, and Costa's district has particularly suffered — showing how his constituents might suffer from a warming planet. "Many climate models do predict more severe droughts in the Southwestern United States as the planet warms up," writes Brad Plumer. 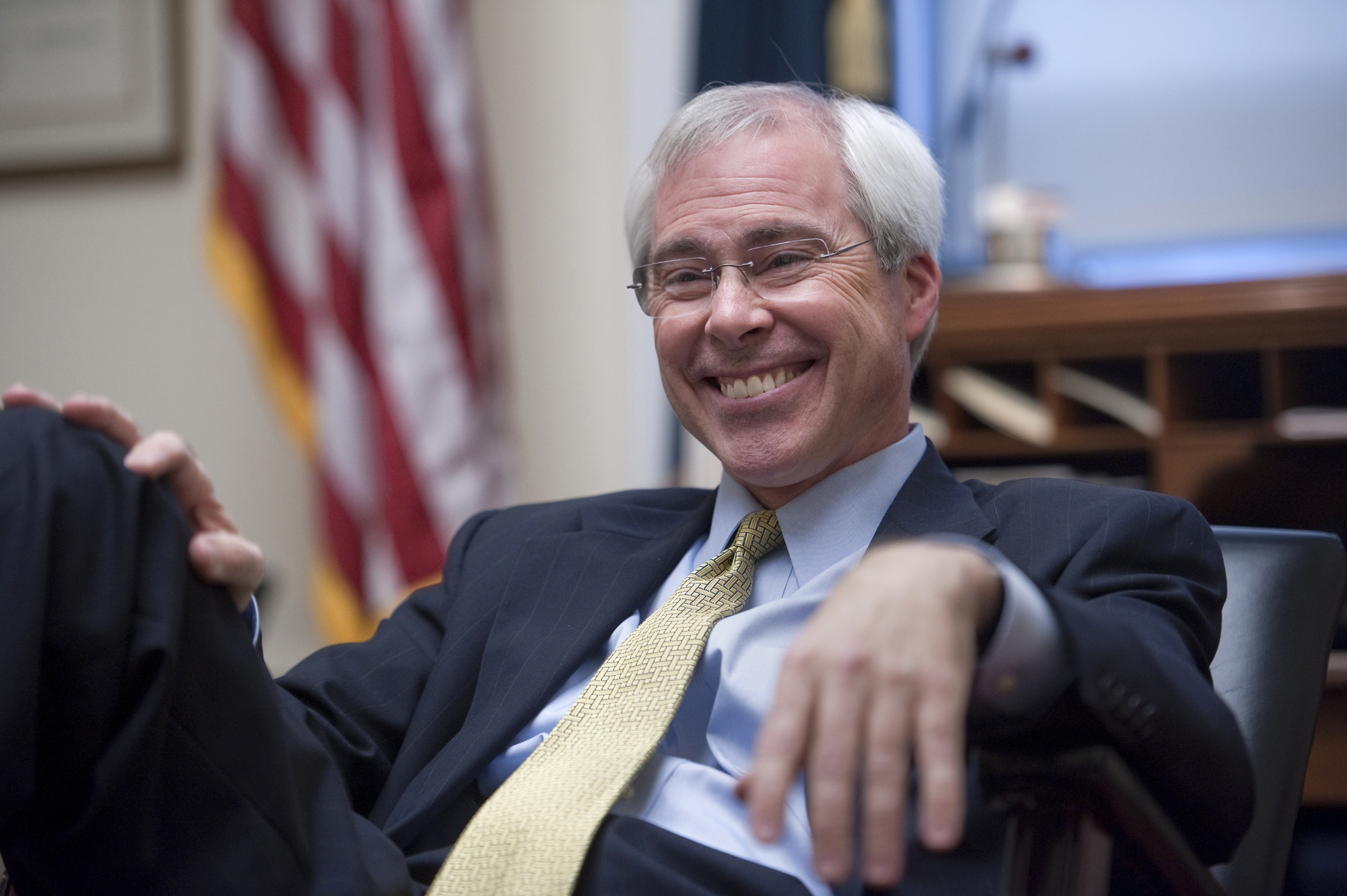 John Barrow, representing a conservative Georgia district, is the last white Democrat from the Deep South in the House. He's been targeted by Republicans and conservative outside groups in the past few elections, but has always managed to eke out victories so far — in part due to his centrist voting record. Barrow has a seat on the House Energy and Commerce committee, where he voted against the 2009 cap-and-trade bill, and voted for several GOP-led efforts to strip the EPA of its powers to reduce greenhouse gas emissions. On his website, Barrow writes that "I believe that global climate change is a huge concern," but that taxing dirty energy is "unfair," and would have "raised energy bills for Georgia families, simply by virtue of where we live." Recently, he co-authored a bill that would expedite approval of the Keystone XL pipeline. 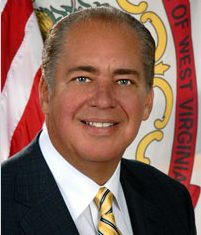 Tomblin replaced Manchin as West Virginia's governor in late 2010, and quickly became an important champion of the state's coal industry. In his first State of the State address, he announced that he'd "aggressively pursue" a lawsuit against the EPA. Since then, he's consistently criticized Obama's environmental policies, and said the administration was "trying to end the use of coal as we know it."

This week, Tomblin called the new EPA rules "outrageous" and said his "worst fears were realized" — because "the only way we can comply with these rules would be to use less West Virginia coal." He went on: "As Governor, as a West Virginian, and as an American, I find it outrageous that this administration would put our country at a distinct disadvantage when it comes to creating opportunities for our young people and security for our seniors." But in his remarks, he didn't even acknowledge climate change as a serious problem. 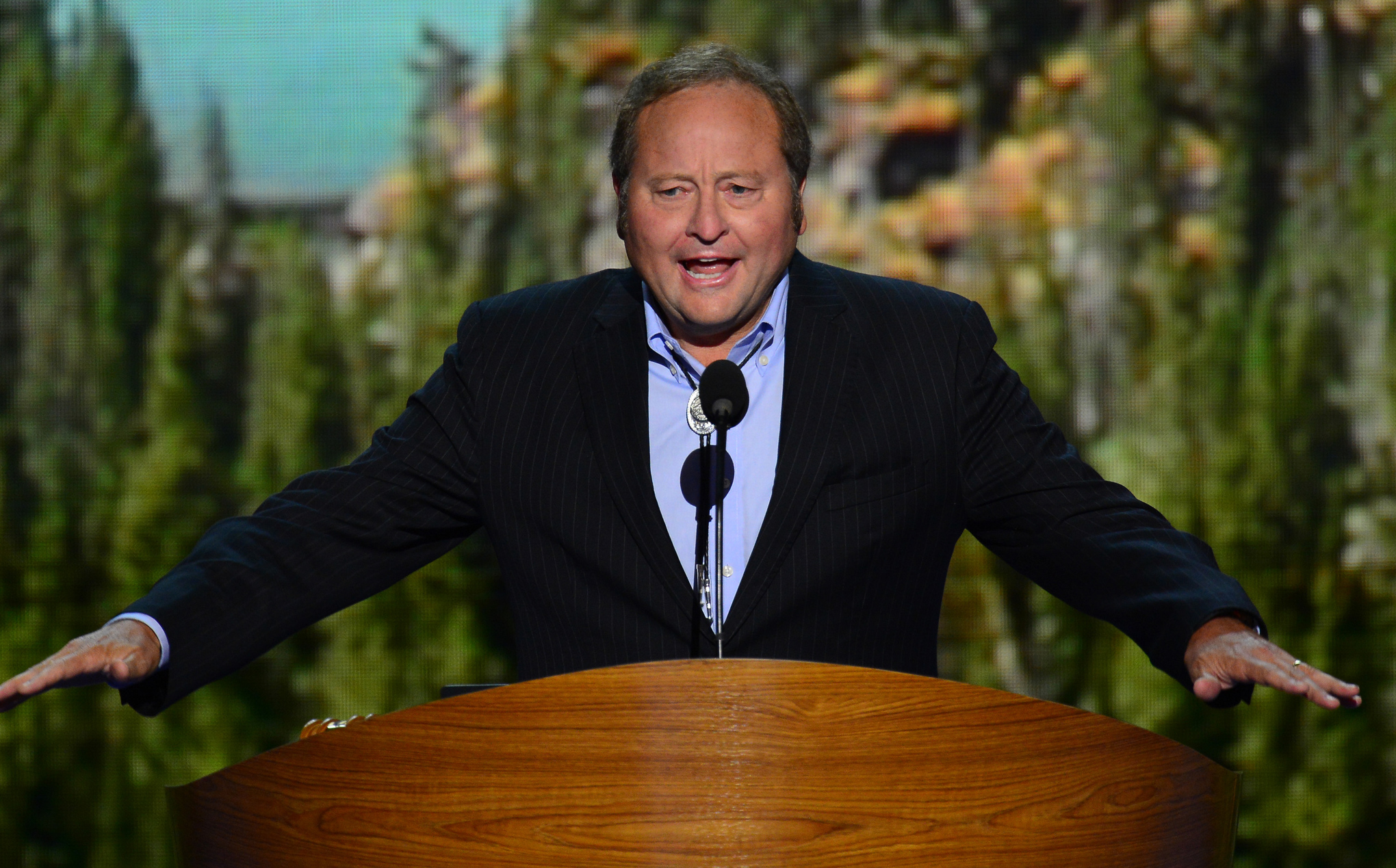 Schweitzer has been publicly musing about running for president in 2016, and is the subject of a new Time magazine profile. Overall, he's been sounding populist notes on economic issues, saying, "Are we going to choose more leadership that is going to roll over and get scratched on the belly by corporations like a fat dog?"

Yet on the environment, Schweitzer has a history of working closely with fossil-fuel companies. In 2006, 60 Minutes profiled Schweitzer and called him "Montana's Coal Cowboy." Montana has the country's largest coal reserves, and as governor, Schweitzer pushed hard to increase production. He's also a big supporter of fracking and has mocked concern about the Keystone XL pipeline, a leading cause of many climate change activists, saying, "Ninety percent of these jackasses that are complaining … one year ago wouldn't have even known where the Keystone was."

While Schweitzer has called for national action on climate change, his commitment to the issue has sometimes been murky. As documented by the American Spectator's Paul Chesser, Schweitzer supported a national cap-and-trade plan for years — "We need a cap-and-trade system for carbon dioxide that is national," he told a Senate committee in 2007. And he brought Montana into an effort to create a regional system. But in December 2008, he suddenly changed course, telling the Great Falls Tribune, "I'm not a proponent of a carbon cap-and-trade system. I think that it tends to transfer a lot of wealth from consumers of electricity to utilities." And shortly after the House of Representatives approved a cap-and-trade plan in 2009, Schweitzer told Bill Maher it was the "wrong approach." According to MSNBC, Schweitzer now supports a carbon tax. If he's serious about a presidential run, though, he'll have to overcome some skepticism from environmental activists.

The tough reality of addressing climate change is that some regions get hurt more than others. When you look at where these these Democratic critics of Obama's climate policies are from, that becomes very clear. If dirty fossil fuels are made more expensive, the states with many coal or oil jobs will have a hard time adjusting. Accordingly, the politicians representing them will try to fight for those jobs — whether they're Democrats or Republicans. And that's a very difficult problem for climate activists to solve.