The Koch Brothers could buy every home in Atlanta

Share All sharing options for: The Koch Brothers could buy every home in Atlanta

Bill Gates isn't quite rich enough to buy every home in Seattle, near where Microsoft is headquartered. But he could buy every home in Boston...and the Walton family could pick up the Seattle ones anyway. According to a new analysis by real estate brokerage Redfin, the nation's billionaires could buy entire cities' worth of homes. 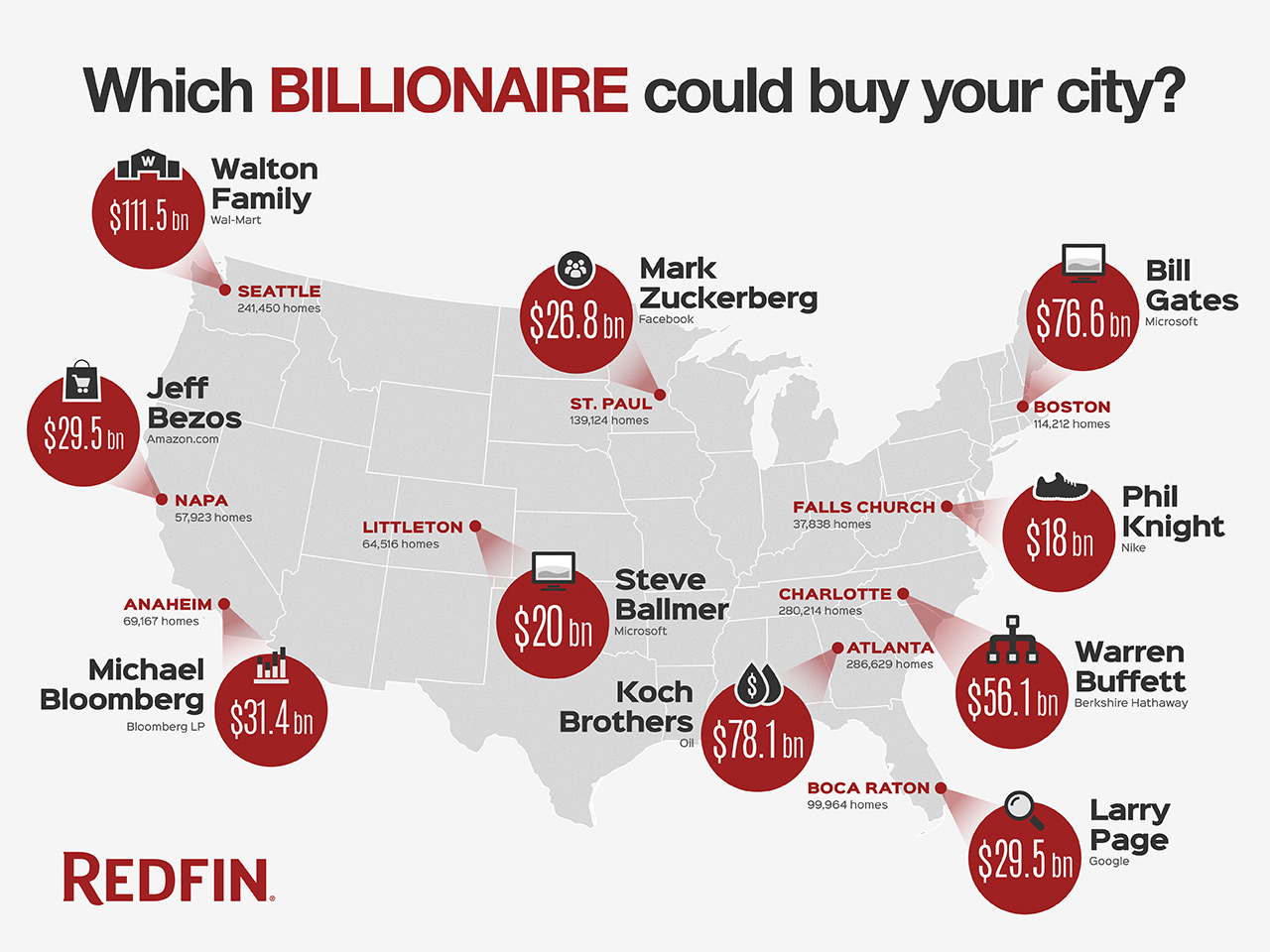 Redfin used MLS sales data from April 2013 through April 2014 as a representative sample of all homes in a city in order to calculate the total home value of any given city.

It's sort of a silly analysis, but it's one great way of getting a firmer handle on exactly what it means to be a multibillionaire. Homebuying remains out of reach for many Americans, and many of those who do buy homes have to scrape together the money for a down payment (and certain national capitals that shall remain nameless have a lot of prohibitively expensive houses), so it boggles the mind to realize there are people out there who could theoretically buy tens of thousands of homes at once.