Share All sharing options for: We're about to learn we've got back all the jobs lost in the recession

Tomorrow's Labor Department report on the state of the job market is very likely to be a special one — the report that tells us more Americans are now at work than were before the recession hit. 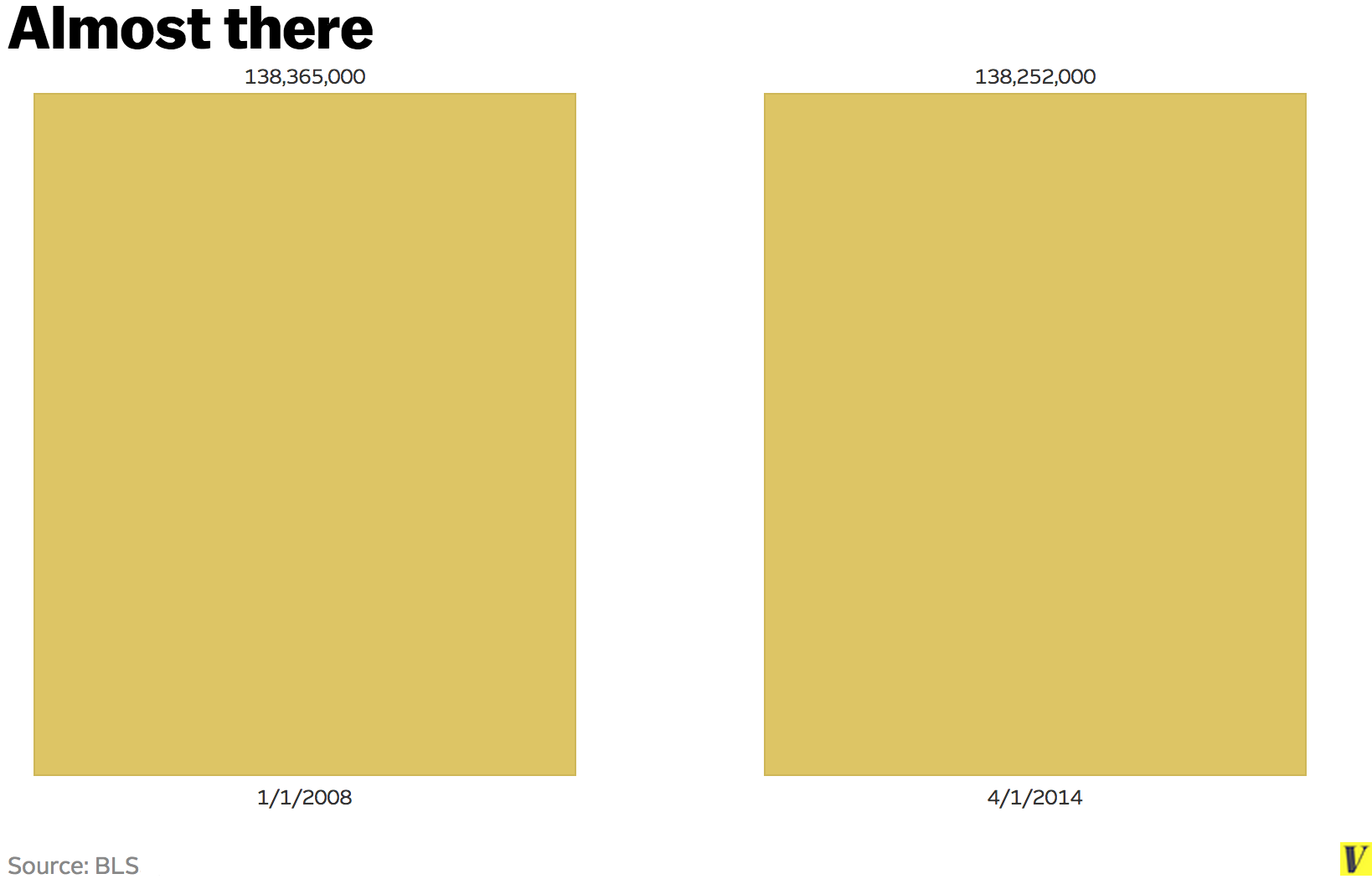 Back in January of 2008, we had 138,365,000 jobs. As of April, we were at 138,252,000 jobs. That jobs gap of 114,000 jobs is very narrow and an even vaguely healthy economy should be able to add that much in May. Continued declines in the number of people filing for unemployment insurance suggests that nothing terrible happened in May and we should expect to beat the January 2008 number. That will mean more people are at work than at any time before in American history.

Of course that symbolically good news about the labor market comes with a huge caveat. There are way more people in May 2014 than there were in January 2008. In a healthy economy we'd have a lot more people at work to keep pace with that.