Share All sharing options for: America’s favorite foods in 4 charts

The United States Department of Agriculture has posted a set of really fascinating charts detailing Americans' food consumption habits in 2012. Here are four of the most striking. 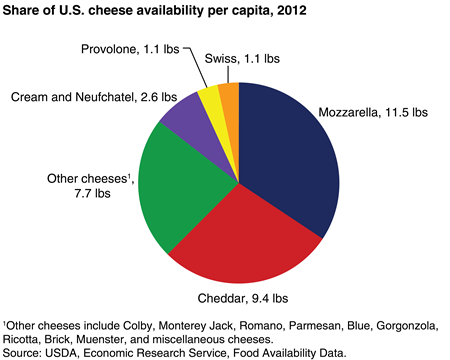 Mozzarella smashed the other cheeses with a whopping 11.5 pounds consumed per person in 2012.  This means that Americans ate more mozzarella this year than they did all other cheeses combined in 1970, when America ate 11.4 pounds of cheese per person. 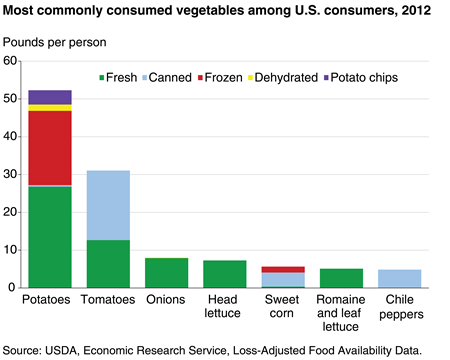 Americans ate 52.3 pounds of potatoes per person in 2012. The USDA notes that potatoes and tomatoes are doing particularly well on the vegetable chart of french fries and pizza. 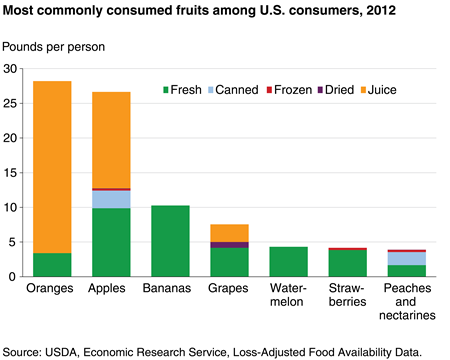 Americans like to eat apples and bananas, but they love to drink oranges.  Even though Americans ate close to ten pounds of both bananas and oranges, they drank 24.8 pounds (2.8 gallons) of orange juice making oranges the number one fruit. 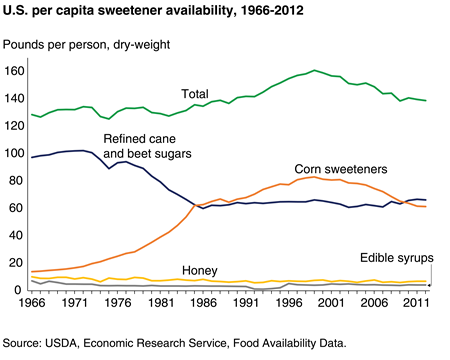 American sugar consumption is significantly down in the last decade. In 1999, Americans each consumed 160.9 pounds of caloric sweeteners, but in 2012 that number dropped to 138.9.