Ohio legislators are considering a bill that would bar insurance plans from covering one of the most effective forms of birth control, The Columbus Dispatch reports.

As written, the bill would prevent insurance plans for all Ohioans from covering abortions. Public health plans, such as Medicaid and those for public employees, would also be barred from covering the birth control pill and contraceptives that Republicans claim prevent the implantation of a fertilized egg, including IUDs. (Republicans' claims about IUDs, however, are very much disputed by some scientists and health experts.)

State Rep. John Becker, the bill's sponsor, says it wasn't his intent to prevent coverage for birth control pills, and the bill could be amended to exempt the pill. But Becker said he supports an IUD ban because preventing the implantation of a fertilized egg is comparable to an abortion.

"This is just a personal view. I'm not a medical doctor," Becker said.

The bill, in other words, attempts to stop women, particularly low-income women, from using one of the most effective, practical forms of birth control. 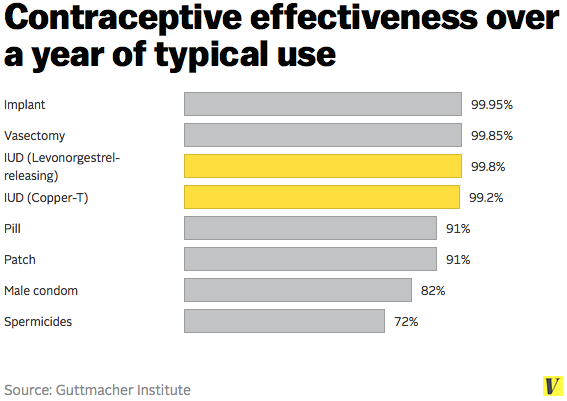 The only exemption in the bill is for ectopic pregnancies, which could threaten the life of the mother. Pregnancies involving rape, incest, and other life-threatening circumstances would not be exempted.

Becker's bill isn't the first time Ohio's Republican-controlled legislature has moved to restrict abortions. In the latest state budget, Republicans approved a slew of measures that will, among other things, allow state officials to more easily shut down abortion clinics.

Ohio Republicans aren't alone. Over the past few years, state-level Republicans have increasingly moved to restrict access to abortions. 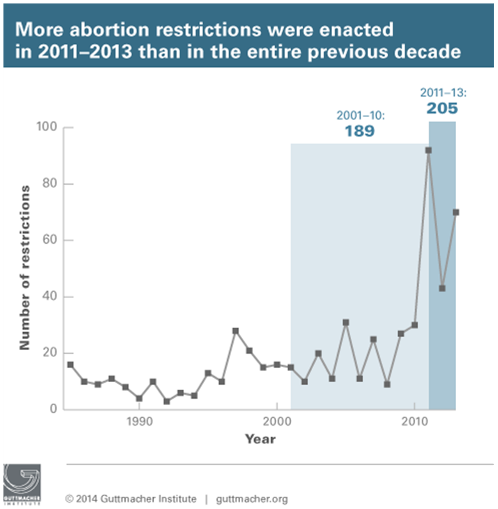 The bill, however, goes a step further by restricting forms of birth control. Under Obamacare, most insurers are required to cover birth control with no cost-sharing for members. The requirement is being contested in court, and it's expected the Supreme Court will rule on the issue by the end of the month.

Update: Clarified that IUDs don't necessarily stop the implantation of a fertilized egg.