How EPA's proposed CO2 rules for power plants would work

Share All sharing options for: How EPA's proposed CO2 rules for power plants would work

One of the most confusing aspects of the Environmental Protection Agency's big new proposal to cut carbon-dioxide emissions from US power plants is that it appears to treat every state in a wildly different fashion.

At first glance, for instance, it looks like Arizona and Washington have to cut their emissions far more deeply than, say, Kentucky or West Virginia by 2030. And it's not at all obvious why that would be.

So it's worth walking step-by-step through the process of how the EPA's power-plant rules will actually work — and why it's surprisingly difficult to figure out which states will get hit hardest or have to make the biggest changes:

This is the key point to start with. There's no single nationwide policy here. Instead, the EPA will set different emissions goals for 49 states once the rule is finalized in June 2015. (Vermont and Washington DC are exempt because they don't have any fossil-fuel electric power plants.)

Vermont and Washington DC are exempted

Those goals will require each state to reduce its emissions by a certain amount by 2030. Each state will then have a year or two to come up with a plan for how to meet its individual goal — and states have lots of flexibility in what those plans actually look like. They can upgrade their coal plants, use renewables, boost efficiency, and a whole slew of other options.

The EPA will then approve or reject state plans based on whether it deems them viable. And if any state refuses to submit a plan, the EPA will step in and regulate that state's power sector itself.

2) State emissions goals are set by a complex formula 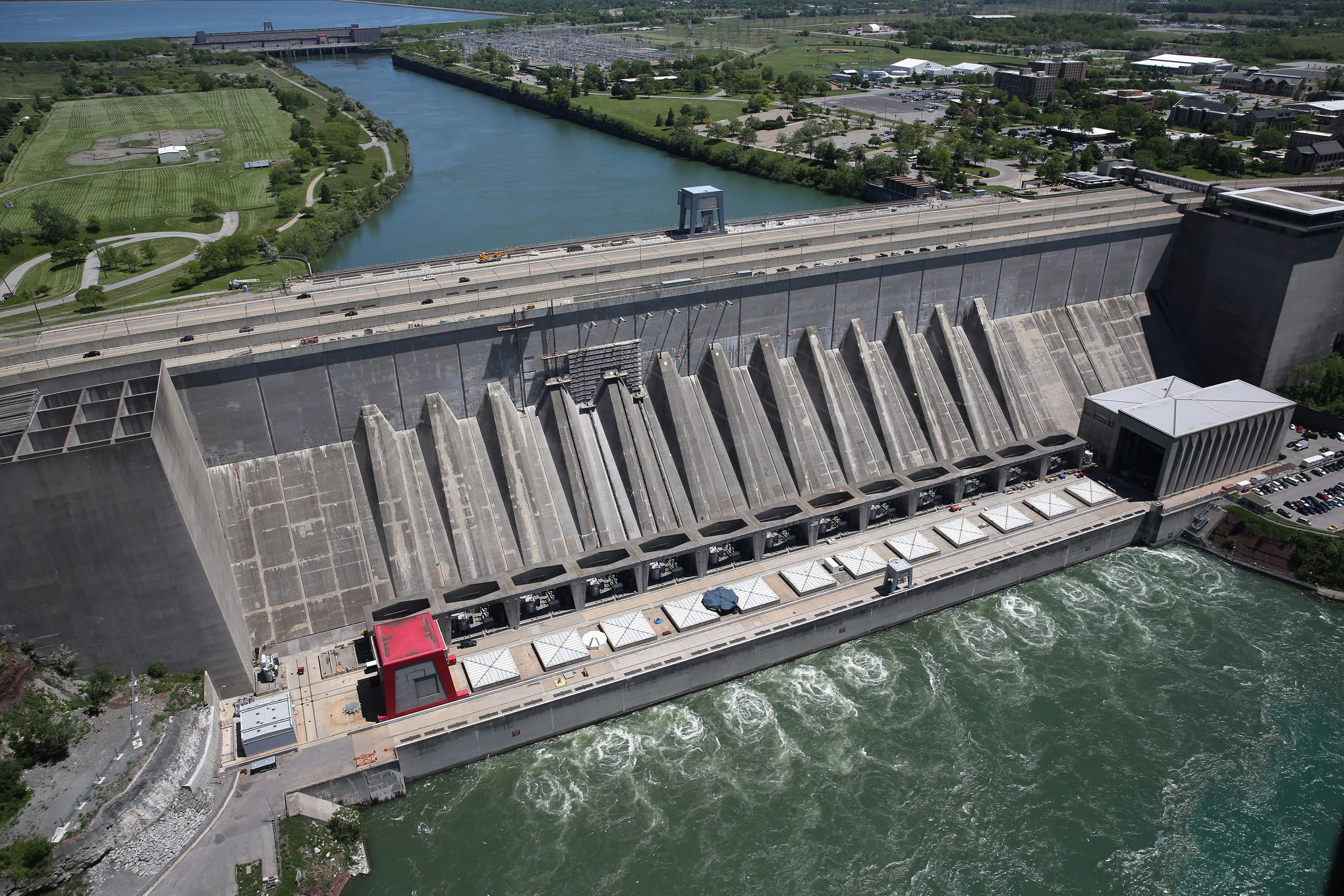 Water from the Niagara River passes through a hydroelectric dam the Robert Moses Generating Facility on June 4, 2013 at Lewiston, New York. John Moore/Getty

But the EPA first has to determine each state's emissions goals. This process is grounded in the complicated way that the Clean Air Act works and has two basic parts:

Different states start out with different emissions rates. Washington, for instance, has a relatively low emissions rate — just 763 pounds of carbon-dioxide per megawatt hour of electricity produced. That's a result of having only one coal plant and a fair bit of wind power.*

Indiana, by contrast, relies far more heavily on coal, so it has a much higher emissions rate of around 1,923 pounds of carbon-dioxide per megawatt hour. (You can see 2012 emissions rates for each state in column 1 here.)

2) Figuring out how much states could reasonably cut: Next, the EPA sets goals for reducing those emissions rates — based on what the agency deems reasonable for each state to cut by 2030.

How does the EPA figure out what is reasonable? It assumes that each state will be able to take a series of steps using existing technology to lower emissions. As David Hawkins explains in this detailed overview, the four major "building blocks" include:

So the EPA basically looked at what each state's emissions rates would be once they applied all four of these blocks. The end result was the 2030 goal.

These blocks play out differently in each state. Michigan, for instance, has a lot of coal plants and a fair bit of spare gas capacity. So the possibility of coal-to-gas switching play a big role in determining Michigan's goal. By contrast, the EPA assumed that growth in wind and solar could play a relatively bigger role in helping New Hampshire and Maine cut emissions, based on renewable policies that are already in place around New England.

Now, it's important to note that states don't have to do any of the above things — this is just how the EPA calculates what it deems a reasonable goal for each state. (The technical term for this is "best system of emissions reductions.") In practice, states themselves have a lot of flexibility for actually meeting the goals set by the EPA.

The end result of the calculations above is that the EPA came up with very different goals for each state in its proposal.

Washington, for example, will have to cut its carbon intensity 72 percent by 2030 — from 763 pounds of carbon-dioxide per megawatt hour down to 215. Again, the EPA thought this was reasonable in part because Washington's massive Centralia coal plant will be retiring in the 2020s anyway, making it easier for the state to achieve big cuts.

By contrast, Indiana has to cut its carbon intensity just 20 percent by 2030 — from 1,923 pounds of carbon-dioxide per megawatt-hour down to 1,531. In part, that's because Indiana doesn't have as much spare natural-gas capacity. So, the EPA concluded, it's not as easy for Indiana to switch from coal to gas using the four "building blocks" above.

You can see a full list of different emissions rate targets in this great map from SNL:

4) But it's not always obvious which states get hit hardest

The map above makes it seem like the states that have to make the biggest cuts will shoulder the heaviest burden and face the highest costs. But that's not necessarily true.

Again, take Washington — it has to cut its carbon intensity 72 percent by 2030 under the proposed rule, more than any other state. But this isn't likely to be too onerous given that the state was planning to retire a massive coal plant in the next decade anyway.

By contrast, Kentucky has a relatively modest target: it will need to cut its carbon intensity 18 percent by 2030. But as Amy Harder reported in The Wall Street Journal, state officials sound much more worried about the rule, in part because the state gets 92 percent of its electricity from coal and will have to make bigger additional changes to its energy system in the years ahead.

So you can't just look at the raw numbers and assume that some states have it easier than others. It depends on the state. As Washington Examiner's Zack Colman reports, South Carolina, Georgia, and Tennessee might have an easier time hitting their (seemingly steep) targets once they bring online new nuclear power plants that were scheduled anyway.

Likewise, as Sam Evans-Brown details here, New Hampshire can likely hit its 46 percent cut by keeping a large nuclear plant open, running its coal plants less frequently, and keeping its existing policies to expand renewable energy by 2025 in place. In other words, the state is already pretty much on track.

5) The targets will get revised heavily over the next year

Also keep in mind that this is only a proposed EPA rule — the final version won't come out until June 2015.

Before that happens, there's a 120-day comment period, and states are likely to lobby the federal government heavily on what's reasonable for them to achieve. As EPA administration Gina McCarthy told Bloomberg, "I wouldn't be surprised if we made significant [revisions]."

Take those "building blocks" above that the EPA uses to calculate state emissions goals. The agency lays out what it thinks are "reasonable" assumptions for each building block (like the idea that states can improve the efficiency of their coal fleet by 6 percent).

But the EPA also offered "less ambitious" assumptions — which, if adopted, would lead to less-stringent state emissions goals in the final rule:

Over the next year, industry groups, states, and environmentalists are likely to fight bitterly over whether the EPA's rules should be more stringent or weaker. The assumptions used for the "building blocks" above are going to be one major battleground.

Once the EPA sets its final targets in June 2015, states will have to submit plans to meet those targets.

These plans could include a vast array of different policies. States could ramp up renewable energy, for instance. They could shut down their coal plants and build new natural gas plants. They could build nuclear plants. They can get partial credit for prolonging the life of their nuclear plants. Homes and businesses could use energy more efficiently. They could implement a carbon tax. They could join existing cap-and-trade systems or start new ones.

The only real limitation here is the EPA. The agency will have to decide whether a given state's implementation plan will actually help the state meet its emissions goal — and then approve or deny the plan.

7) If any state refuses to comply, the EPA will step in 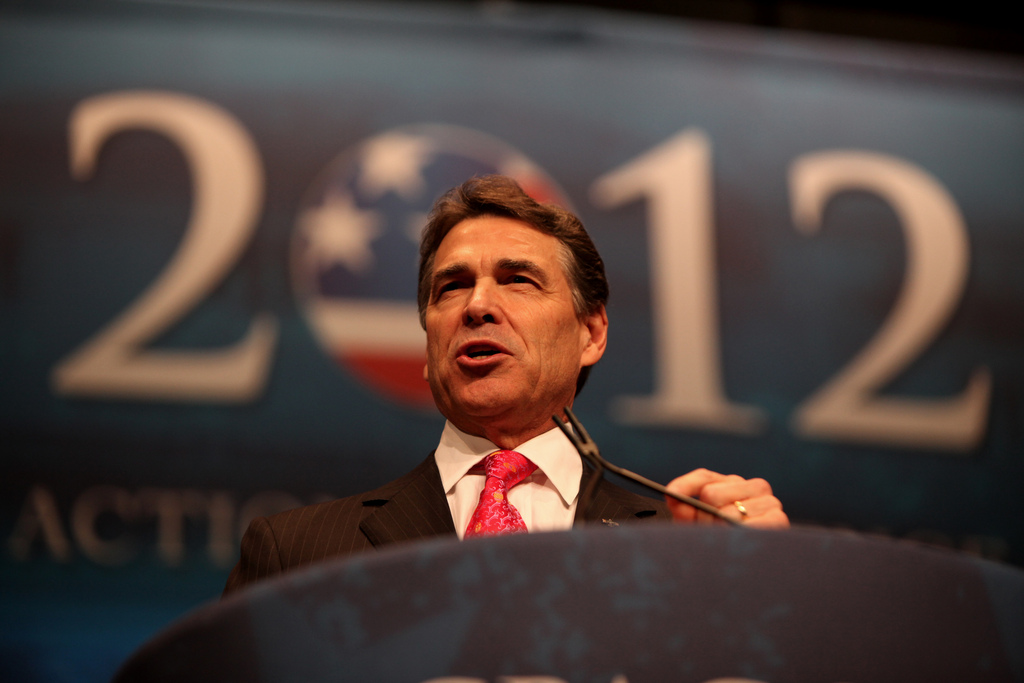 Now, it's entirely possible that some states may refuse to submit compliance plans for the EPA's targets altogether. Texas under Gov. Rick Perry has a history of doing exactly that for other Clean Air Act rules.

If States refuse, the EPA steps in — and that's likely to be more costly

If that happens, the EPA would devise its own plan for regulating a state's emissions and implement it from above. We still don't know what that federal plan might look like. But the EPA would have considerably fewer powers than states would — the agency can't require states to invest in renewables, for instance — which means that any federal plan would be less flexible and possibly more costly.

It's at least possible that some conservative states could refuse to cooperate with the EPA's carbon rule out of principled opposition or in order to bog down the process. Kentucky has even passed a law that might force the state not to comply.

But energy experts say there are also good reasons for even recalcitrant states to comply — because their utilities may prefer to deal with a plan devised by state regulators than one imposed by the EPA.

"Many utilities and power companies are likely to resist the law initially and file lawsuits to block it," says Kyle Aarons, a senior fellow with the Center for Climate and Energy Solutions. "But if it becomes clear that the EPA does have the authority to do this, then many of those companies will probably prefer that the state implements a plan rather than the federal government" — which is often seen as stricter and less flexible. "It's generally in the state's own interest to come up with their own plan."

One last thing about the proposed EPA rule. A lot of outlets (including us) initially reported that the EPA rule would "require" US power plants to cut their emissions 30 percent below 2005 levels by 2030.

That's not true. What the EPA rule does is set emissions targets for 49 states (save for Vermont). The EPA then estimated that, if all states complied and met those targets, US power-plant emissions would fall 30 percent below 2005 levels by 2030.

But this is just a modeling exercise. Power plant emissions might not actually fall 30 percent below 2005 levels.

Consider, for instance, the state targets that the EPA is setting. Those are all based on carbon-dioxide emissions emitted per unit of electricity produced. That's a rate, not an absolute cap (although states can also choose to adopt absolute caps). So if states use more electricity than expected — say because the US economy or the population grows faster than expected — then emissions won't fall as much.

(And as a related point, the EPA did not use a 2005 "baseline" to set its emissions targets. The targets are the state-level goals, which are based on state emission rates in 2012. The EPA only used 2005 as a comparison point for its estimate of the rule's overall effects. See Nathan Richardson for much more on this widely misunderstood point.)