Share All sharing options for: Women's lives, according to book covers: cake, broken dishes and legs 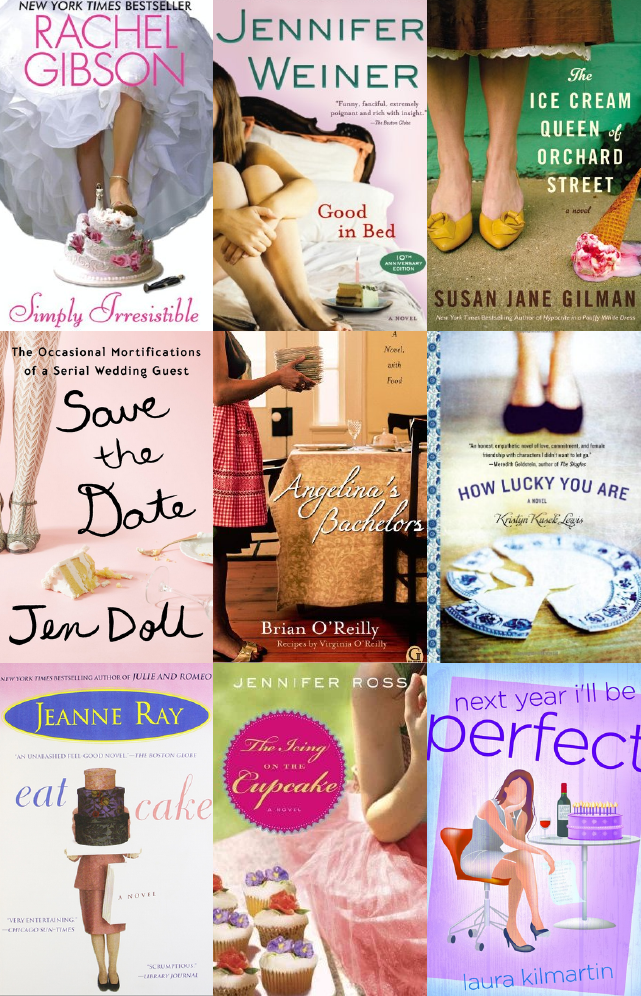 The book industry isn't immune to trends. And neither are its covers, especially covers aimed at female readers. There was the trend of pristine and serene scenes of a woman (or women) on a beach. There was also the trend of some unknown lady meandering around a golden wheat field. Naked napes and shoulders of other unknown women became a hot trend in 2013. And now publishers catering to female readers have begun to warm up to the combination of legs, cake, and (broken) plates. 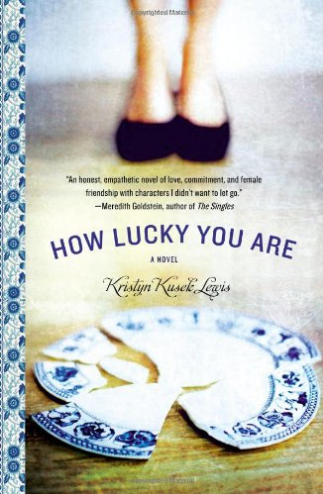 How Lucky You Are by: Kristyn Kusek Lewis. A story about the friendship of three women who are facing personal struggles.

In the Los Angeles's Times summer book preview, two books on their list have covers that could be cousins: Jen Doll's Save the Date (May 1, 2014) and Susan Jane Gilman's The Ice Cream Queen of Orchard Street (June 10, 2014) both feature a woman's standing in front of some split dessert. The only difference that is Doll's is more pink and features a woman standing in front of a sad slice of cake, and Gilman's features a woman with a dumped ice cream cone.

Do more searching and you'll find this plate-legs-cake combo evoked in more covers. Sometimes it's a wedding, sometimes it's a broken dish (How Lucky You Are, 2012). Sometimes it's a limb and some cake (The Icing on the Cupcake, 2010). Rachel Gibson's Simply Irresistible might be the jackpot featuring (a defenestrated?) wedding cake, legs, and a groom cake topper being stomped on. They all seem to date back to Jennifer Weiner's Good in Bed (2002), featuring a woman in bed with legs and a piece of cake. (There have been at least two different covers issued for that book, both of which feature a woman, a bed, and cake.)

Women's legs have been a favorite standby when it comes to book covers. But these legs-cake-mess covers are a bit different. 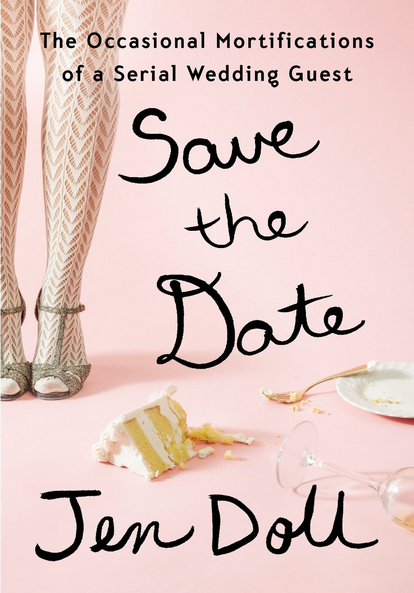 Save the Date… by Jen Doll. A collection of memoirs and essays about weddings.

Do these covers have something to do with not being able to eat cake (or ice cream)? Is cake a symbol for something bigger? Do the plates represent a balancing act? Can the complexities of a woman's life be boiled down to shoes and messes? Is it pride in imperfection?

Shows like Girls, movies like Bridesmaids, and characters like Carrie Bradshaw, Hannah Horvath, and even Penny (in the innocuous television show known as The Big Bang Theory) are all champions of not having it together. These books might have the same spirit. And publishers, in response, have come up with this visual shorthand to get us to the point.

"It gets across the idea that women don't have to be these perfect creatures, we mess up and have fun and can be funny and who we are," Doll, a former colleague and the author of Save the Date told me, explaining that she had some input over the design. "I think it's evocative of something cool that's happening, which is that we're not looking at perfect silhouettes of ladies on beaches," she added. 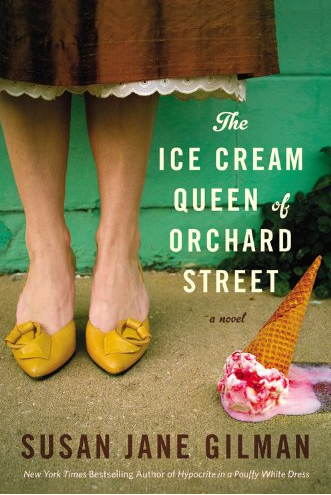 The Ice Cream Queen of Orchard Street by Susan Jane Gilman. A story about a woman in the early 20th Century who runs an ice cream empire.

While the cake-leg-plate trend could be celebrating women as imperfect creatures, these covers also run the danger of making their readers and authors seem generic. The only things that Doll and Gilman have in common are their gender and that they both wrote a book. Their books are wildly different: Doll's is a memoir/collection of essays, while Gilman's is a novel with elements of historical fiction.

These covers imply an idea of "more of the same." Look no further than the marketing of movies (an observation: marketing yourself as "the next Bridesmaids" is good, if your intention is to make a movie that no one wants to see), and you see how this becomes a problem. This popular visual shorthand runs the risk of overpowering and underselling the books.

Last month, the Washington Post pointed out a lazy, perhaps pernicious, trend of books covers about Africa that all look like permutations of The Lion King. It would be difficult to extend the same kind of pernicious quality here. In Doll's case, the cover was integral to her book's core message.

"My cover, purely, too, had to evoke weddings," Doll said. There's also another message in Doll's book. "We can also drop our cake on the ground and eat it too."