Share All sharing options for: Why Washington is taking so long to get recreational pot in stores

Like Colorado, Washington voted to legalize marijuana in November 2012. But 18 months later, not a single ounce of legal recreational pot has been sold in the state.

Washington has repeatedly delayed implementation of its new law. The state has, for example, delayed issuing licenses for marijuana growers and processors twice — and punted the launch of retail businesses from this spring to July at the earliest.

Washington shows just how difficult it is to establish a legal marijuana industry. Legalization is not a matter of just turning the switch; it instead involves a long, complicated process of balancing concerns about the drawbacks of marijuana and the public's willingness to allow the drug for recreational use. For Washington, how to achieve that balance is a work in progress.

"You have to understand that, other than Colorado, no one has done this in the world," says Brian Smith of the Washington State Liquor Board, which is overseeing the state's marijuana businesses. "There's no blueprint, and every step of the way of the way as you go forward there are challenges."

Washington is setting up an entirely new industry 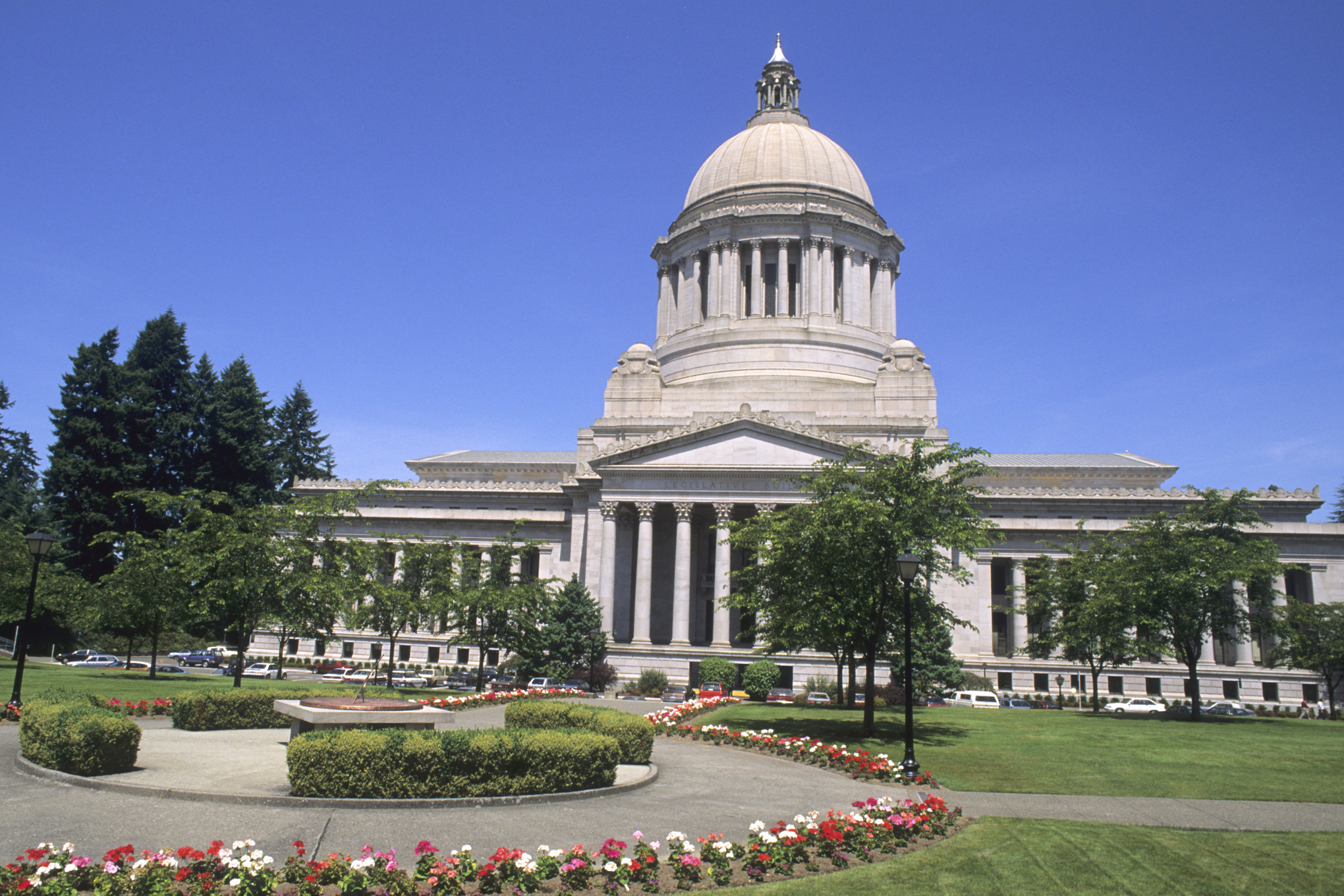 Washington's hurdles are rooted in one simple fact: state officials are building up a completely new regulatory framework for an entirely new industry. That takes time.

Washington arguably started from a harder place than Colorado, which already had its regulation of a medical marijuana industry to use as a framework for legalization.

"You have to understand that, other than Colorado, no one has done this in the world"

"Washington's medical marijuana system is almost entirely unregulated," Smith says. "What's different about Colorado is they had a state-licensed system … for medical marijuana, and all they did was transition them to the recreational side."

In Washington, state regulators don't even know where and how many medical marijuana shops exist, and nothing in the state's recreational marijuana law actually deals with the medical side. Regulators are hoping, however, that at least some medical marijuana businesses will apply for licenses and gain some level of oversight as a result.

Medical marijuana businesses, however, will remain largely unregulated even as retail sales began. The state legislature tried to change that earlier in the year, but the proposal failed toward the end of the legislative session.

Balancing the highly regulated recreational businesses with the mostly untouched medical marijuana shops is just one of the many hurdles facing Washington. Among other challenges, Smith points out that marijuana businesses, as a result of federal prohibition, still can't open bank accounts. The state can't do much, if anything, to change that, but how Washington shapes its regulations can make the problem easier to cope with for fledgling cultivators and shops.

Many businesses are anxious to get going

At this point, many marijuana growers, processors, and shops are ready to get retail sales started.

"The people with previous experience, they understand the bureaucratic red tape," says Hilary Bricken, an attorney who works with marijuana businesses across the state. "But other people that aren't as experienced are very, very irritated. They think the process should be more cut and dry than it is." 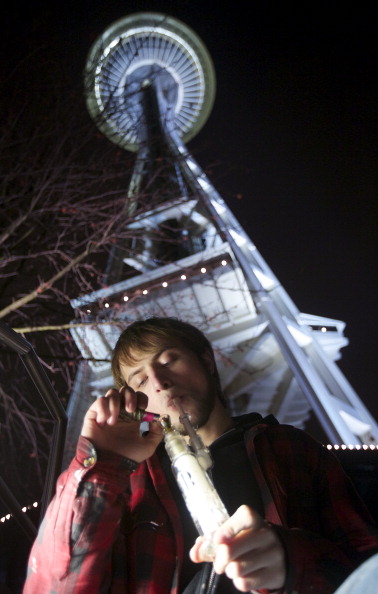 John Davis, operator of the Northwest Patient Resource Center and someone who has been in the marijuana industry since 2009, characterizes Washington's experience so far as "a horrible mess." He argues the lottery system has let some new, even unprepared businesses, which might not be as well established as the state's medical dispensaries, take up application slots. Come July, those less experienced, less prepared shops could win out and end up with retail licenses. The system, in other words, is a matter of getting lucky, not showing serious credibility in the industry.

That lottery system is in sharp contrast to Colorado, which went through a more rigorous, individual review process and transitioned some of the best medical shops to the recreational side.

Bricken and Davis also worry that the state has been too slow to approve growers and processors. That slow pace, they say, could cause a marijuana supply shortage and lead to further delays, or higher prices, in retail sales.

Part of the problem is that state regulators changed the rules for applications after the state began accepting applications in December. Because the state received way more applications than expected, regulators were forced to further limit how much cultivators can grow in order to stay within the statewide square-footage limit for all growers.

Despite the problems, Davis is confident the industry and regulators will work through the issues and get the system running just fine over time. Until then, Davis says it's a matter of building the right regulatory framework through both the legislature and the Washington State Liquor Board.

July is only the beginning of a regulatory process 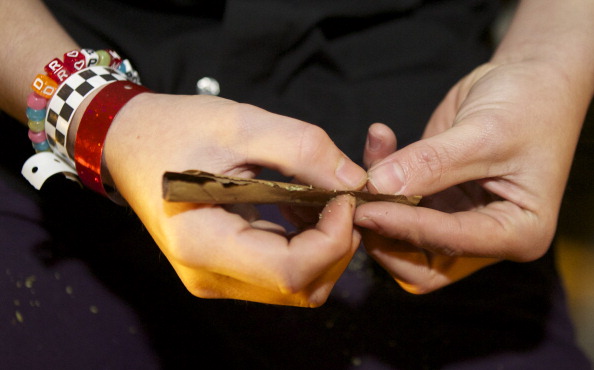 The first retail license should go out in July, but that's only the beginning. As in Colorado, more licenses will trickle out over time.

Some Washington cities and counties, however, have banned marijuana sales and others have issued moratoriums.

Beyond whatever cities and counties decide with retail sales, state regulators expect the hurdles and work to continue long after July.

"This system isn't going to be up and running perfectly overnight," Smith says. "It's going to take some time to refine and mature."

Other states are watching 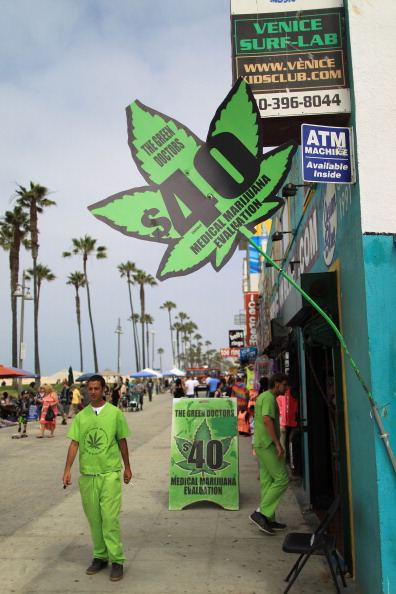 The differences between Washington and Colorado show that marijuana legalization isn't going to work the same everywhere. Some states might have better fundamentals to work with, while others will face unique hurdles that could snare implementation for months.

The big state to watch in this area is California, the country's most populous state and potentially one of the states that will legalize pot in 2016. Right now, California keeps hundreds of medical marijuana businesses — none of which are regulated by the state, as regulation instead falls on local jurisdictions. If the state decides to regulate retail sales once they're legal, California regulators will surely face a massive challenge trying to rein in all the medical marijuana dispensaries.

If Washington's experience is anything to go by, California — and other states — should prepare for some delays.