Today's Supreme Court decision on Hobby Lobby has left a lot of people upset.  Many people are taking SCOTUS to task for, what they believe is, a step in marginalizing women's rights. And because we're in the age of social media, people can voice these opinions and throw them on platforms like Twitter and Facebook.

Unfortunately, those people are shouting at the wrong people and are yelling at SCOTUSblog. SCOTUSblog is not SCOTUS' blog or social media arm. The only relation the two have with one another, is that SCOTUSblog reports on SCOTUS.

SCOTUSblog is a blog that was started in 2002 by Tom Goldstein and Amy Howe, a husband and wife duo, and now employs more than 20 people to report on SCOTUS. It's become one of the go-to resources to explain the legalese and implications of decisions like Hobby Lobby. 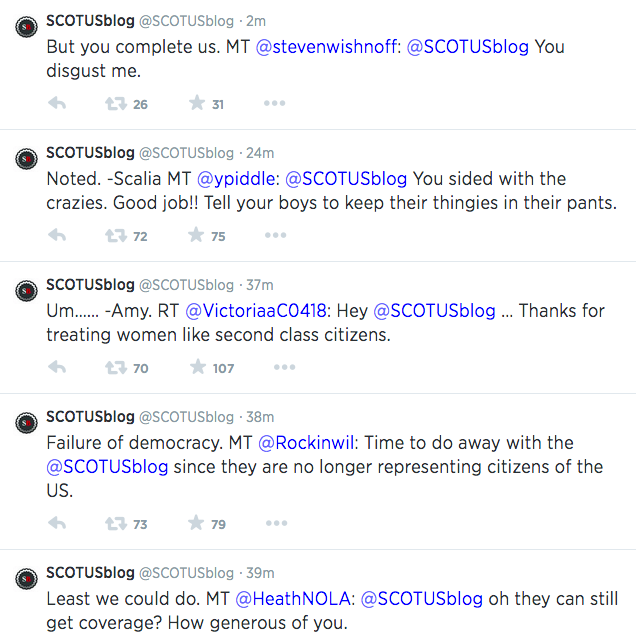 At this point we'd ask everyone leave the wonderful folks at SCOTUSblog alone … but it looks like they've got it under control.