Map: Watch America's air get cleaner over the past decade

Share All sharing options for: Map: Watch America's air get cleaner over the past decade

It's not your imagination: America's air really has been getting cleaner and easier to breathe over the last decade.

New satellite data from NASA reveals the decline of nitrogen-dioxide pollution from cars, trucks, power plants, and other sources between 2005 and 2011. Here's an animated map showing pollution levels falling across the country:

Nitrogen-dioxide is one of the six common pollutants regulated by the Environmental Protection Agency, and has linked to a variety of respiratory problems (it can also combine with other pollutants to form smog). The gas is primarily produced when gasoline gets burned in cars or coal gets burned in power plants.

NASA adds that nitrogen-dioxide levels are "a good proxy for the presence of air pollution in general."

Why pollution levels are falling

The EPA first began cracking down on nitrogen-dioxide back in 1971, and concentrations have fallen sharply over time.

Since 2005, many utilities have switched from coal to natural gas, which means fewer emissions

There are few big reasons for this. Power plant operators have installed scrubbers to remove pollutants from their smokestacks, and car manufacturers have adopted catalytic converters that reduce nitrogen oxides and other emissions.

More recently, since 2005, many electric utilities have been switching from coal to natural gas in order to generate electricity. (That's one consequence of the fracking boom and the glut of cheap shale gas.) Burning natural gas tends to produce less nitrogen oxides than burning coal does.

Still, despite the recent reductions, nitrogen-dioxide levels haven't vanished entirely. As NASA's satellite data reveals, there are still plenty of people living in cities with relatively high levels of nitrogen-dioxide pollution. (The American Lung Association recently estimated that 147 million Americans still live with unhealthy levels of air — though that group focused on two other pollutants, particulates and ground-level ozone.)

So, in recent years, the EPA has proposed even stricter regulations to limit emissions of nitrogen-dioxide and sulfur-dioxide in 28 states — mainly targeting coal plants whose emissions travel across state lines. In April, the Supreme Court upheld this rule.

The Northeast has seen big improvements; LA less so

A few more regional pollution maps below. Here's the decline of nitrogen-dioxide the I-95 corridor between Washington DC and New York, which has been particularly striking: 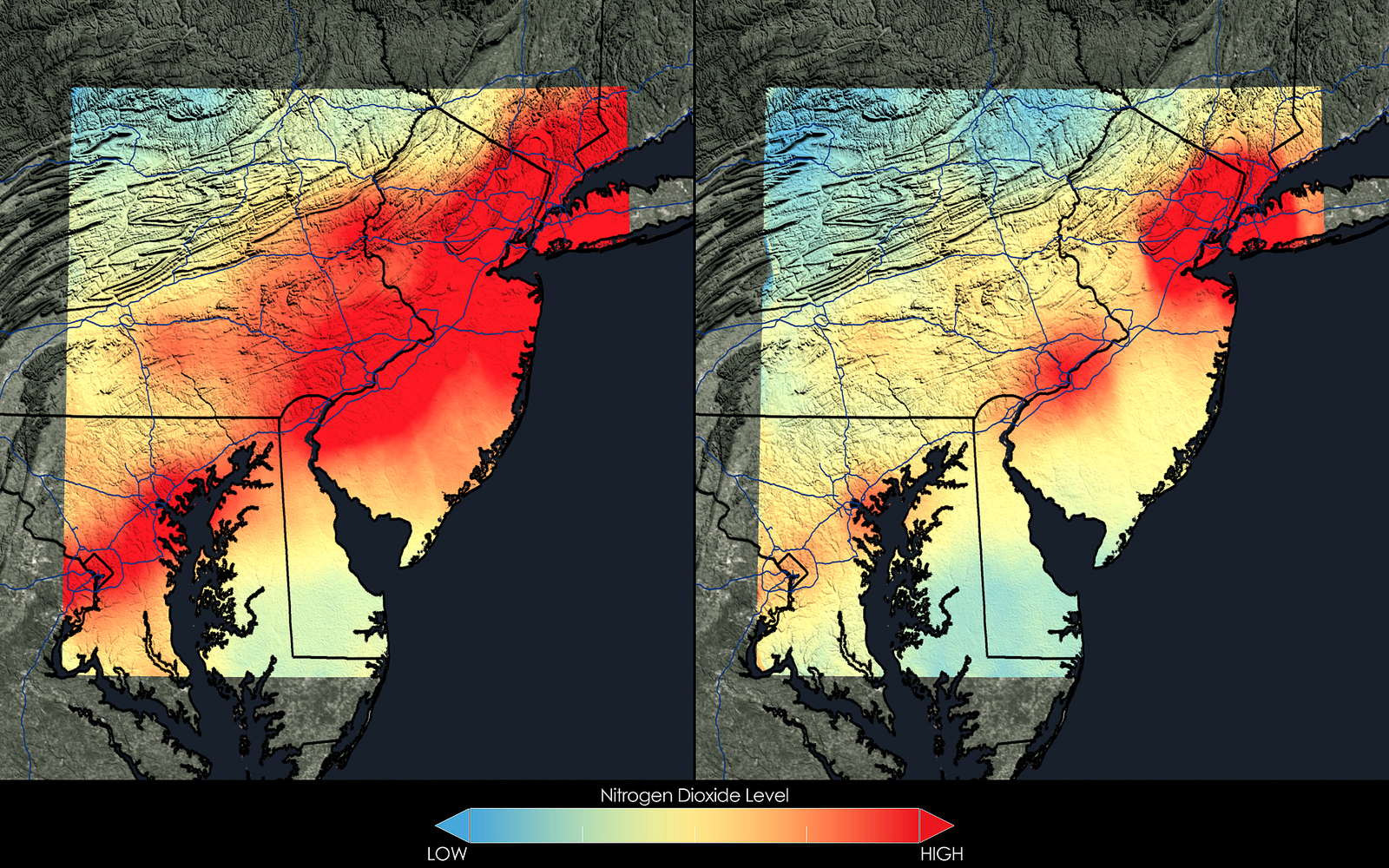 Here's the change in in pollution levels in Chicago — not quite as striking as the decline in the Northeast, but still noticeable: 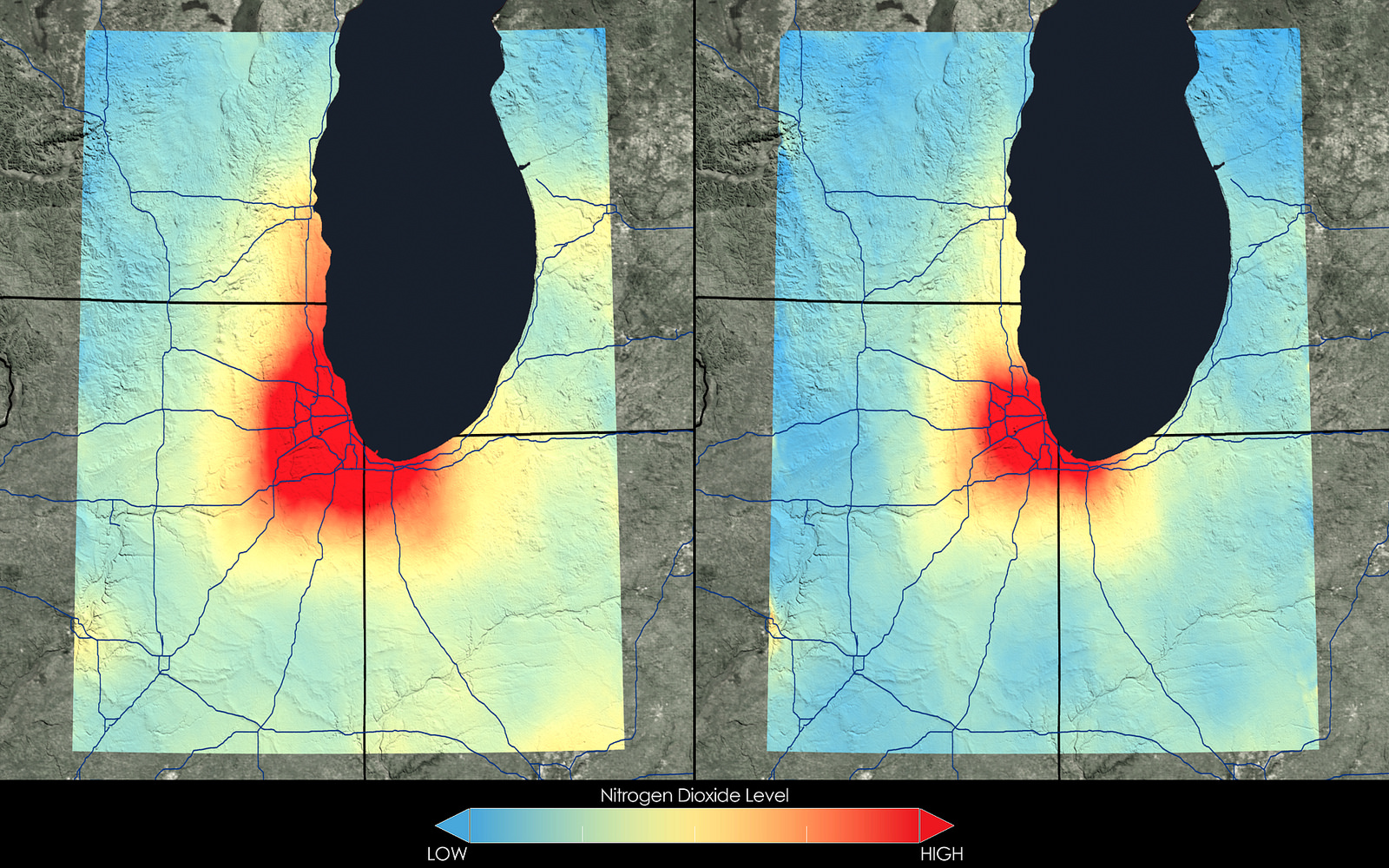 Meanwhile, LA and San Diego residents have seen their air get a bit cleaner in places over the last decade — but there's still a lot of pollution concentrated in the area: 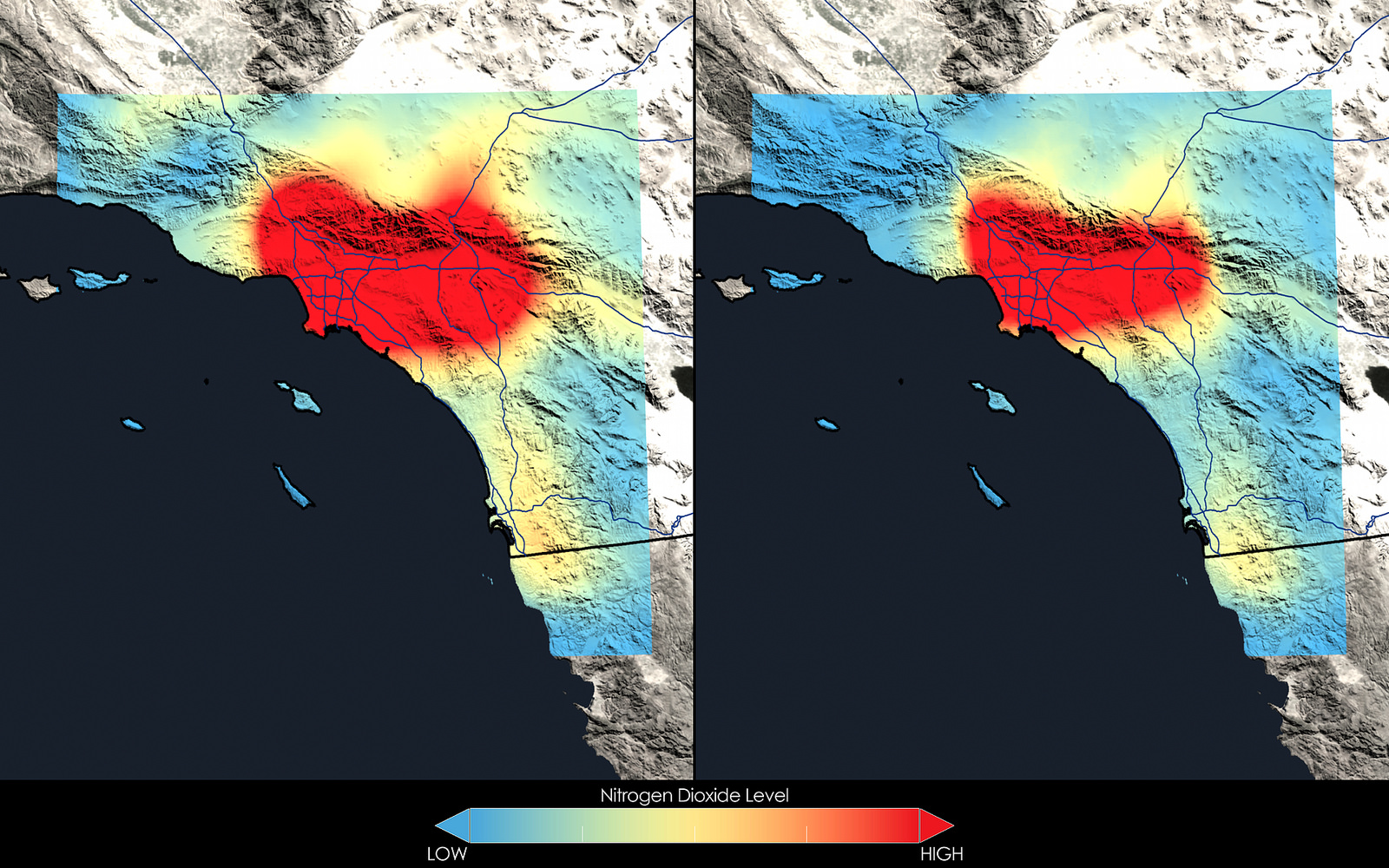