"I was no longer in a position where I felt I could defend the American policy," former US Ambassador to Syria Robert Ford told CNN's Christiane Amanpour in an interview today. Ford resigned a month ago, and his interview with CNN is his first public statement blaming administration policy for his withdrawal. Ford's comments are pretty brutal. And he's far from the only top administration alum to publicly disparage Obama's Syria policy after resigning.

Ford, who served from 2010 to 2014, basically thinks that Obama was warned that Syria was going to hell, and did nothing to stop it.  "We have been unable to address either the root causes of the conflict in terms of the fighting on the ground and the balance on the ground, and we have a growing extremism threat," the ambassador said. "We warned even as long as two years ago that terrorist groups" would take advantage of the chaos in Syria to build a base of operations — a warning that, of course, turned out to be correct.

He also doesn't see the deal removing most of Syria's chemical weapons as making up for...much of anything, really. "There really is nothing we can point to that's been very successful in our policy except the removal of about ninety-three percent of some of Assad's chemical materials. But now he's using chlorine gas against his opponents."

According to Ford, the State Department believed "as much as two years ago" that the US needed to give much stronger support to friendly, non-extremist Syrian rebels. Support the right guys, the argument goes, and the terrorism problem doesn't loom so large. 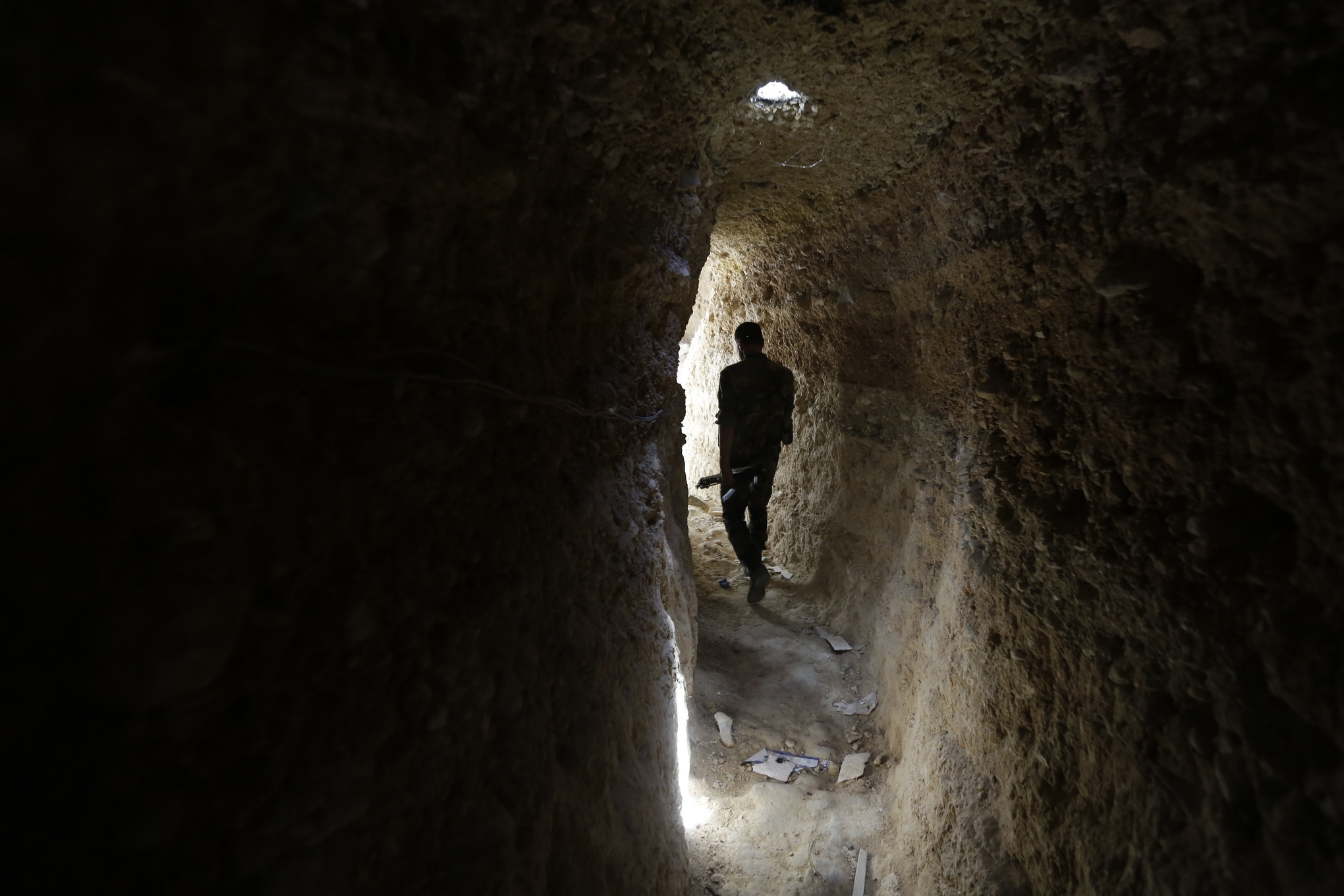 Take former Secretary of Defense Robert Gates. Gates thinks that Obama's initial decision to set a "red line" of chemical weapons use that would trigger US military action was a "huge mistake." "I believe that to blow a bunch of stuff up over a couple days, to underscore or validate a point or a principle, is not a strategy."

Obama's other former defense secretary, Leon Panetta, thinks Obama should have followed through on the red line threat. "When the president of the United States draws a red line, the credibility of this country is dependent on him backing up his word," he said, implicitly criticizing Obama's decision not to strike Syria after it had crossed that red line.

Other dissent has been quieter, but has nonetheless made its way public

Fred Hof, a former top diplomatic adviser on Syria, has been particularly outspoken. With Gates and Ford, he thinks the US should have armed the rebels early. He also thinks the US could salvage things, but won't. His take on Obama's recent West Point speech was characteristically blunt: "What is not acceptable," Hof wrote, "is that the executive branch of the United States Government should approach [Syria] now as a summertime leisure activity."

Other dissent has been quieter, but has nonetheless made its way public. Hillary Clinton and David Petraeus proposed that that the US should arm the rebels in mid-2012, a plan publicly supported by Dempsey and Panetta. Obama shot down the idea.

So it seems that Ford isn't just speaking for himself. His criticism of Obama's approach to Syria have been seconded by many of the administration's most important foreign policy figures.