Share All sharing options for: 12 ways to fix the youth unemployment crisis 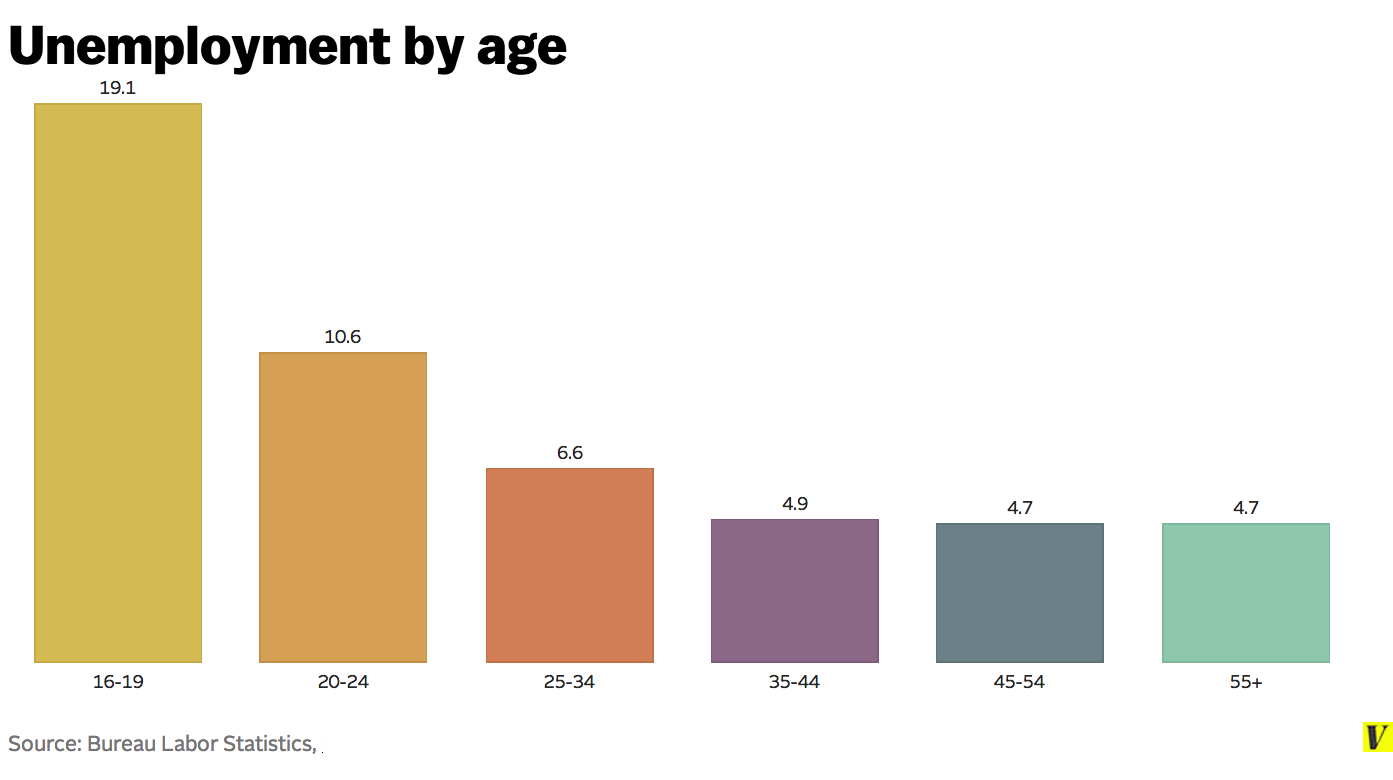 The simple fact of the economy right now is that the younger you are the more likely you are to be unemployed. 20-24 year olds are still facing unemployment rates at crisis levels: 10.6 percent in April, and that doesn't count the kids who've gotten discouraged and given up looking.

It's easy to dismiss the unemployment woes of the young because, well, they're young. They have plenty of time to recover. But that's a mistake. Involuntary unemployment is a problem at any age, but it can have particularly devastating effects for young people — effects that last for the rest of their lives. In a new paper for Brookings, Elisabeth Jacobs runs through some of the evidence:

A growing academic literature on the "scarring" effects of launching a career without a
job suggests that young people who endure early spells of unemployment are likely
to have lower wages and greater odds of future unemployment than those who don't.
Studies indicate a 10 to 15 percent wage "scar" from early unemployment, and those
earnings losses persist for at least 20 years. These findings hold for individuals
with a college degree, and the prognosis for individuals without a college degree is
grimmer still.

Unemployment also stops young people from getting married or beginning to save or starting to move up a career ladder — the very structures that help people ride out spells of unemployment when they're older.

Jacobs runs through 12 ideas to fight unemployment specifically among young people. They are:

2. Expand and revise the Registered Apprenticeships program at the Department of Labor

5. Increase the size of the AmeriCorps

7. Overhaul school dropout prevention policies by offering them programs that lead to employment

11. Seek input from the private sector

12. Renew the financial commitment to current programs that reconnect young adults to education and employment opportunities.

The full paper is here.