Share All sharing options for: 8 things you need to know to understand the Bowe Bergdahl controversy

Here are eight key things you need to know about Bergdahl, his capture, the terms of his release, and the political controversy that's come out of it since.

1. Bergdahl probably was a deserter

The official story is that Bowe Bergdahl disappeared on patrol in Afghanistan in 2009, but his unit actually wasn't patrolling that night. Both members of his unit and an internal Pentagon report concluded that Bergdahl simply walked away from his post.

Bergdahl really hated the war in Afghanistan. He thought of the army as something along the lines of an armed Peace Corps when he joined up, and was sorely disappointed by the reality of the war. Just before he disappeared, he wrote a note to his parents saying "the horror that is america is disgusting."

2. There are almost no American POWs anymore, and Bergdahl's life may have been at stake in the exchange

There have been very few American POWs since Vietnam, so each one is a bigger deal. The army conducted a pretty extensive search for him, before reportedly curtailing it after determining he deserted. Depending on who you believe, those abortive search efforts cost the lives of zero, two, or six American troops.

In thinking about attitudes towards Bergdahl, then, it's important to distinguish the case that he was a deserter from the case that the US should have expended fewer resources to rescue him from the Taliban's clutches. The "leave no man behind" code matters — the president invoked it in defending his decision, calling it a "sacred rule." Moreover, there's evidence that Bergdahl became very ill during his detention: the administration claims they needed to act imminently to save his life and get him real medical care. In other words, many people angry about Bergdahl's desertion may also support the deal that secures his release.

3. The Army could try him for desertion 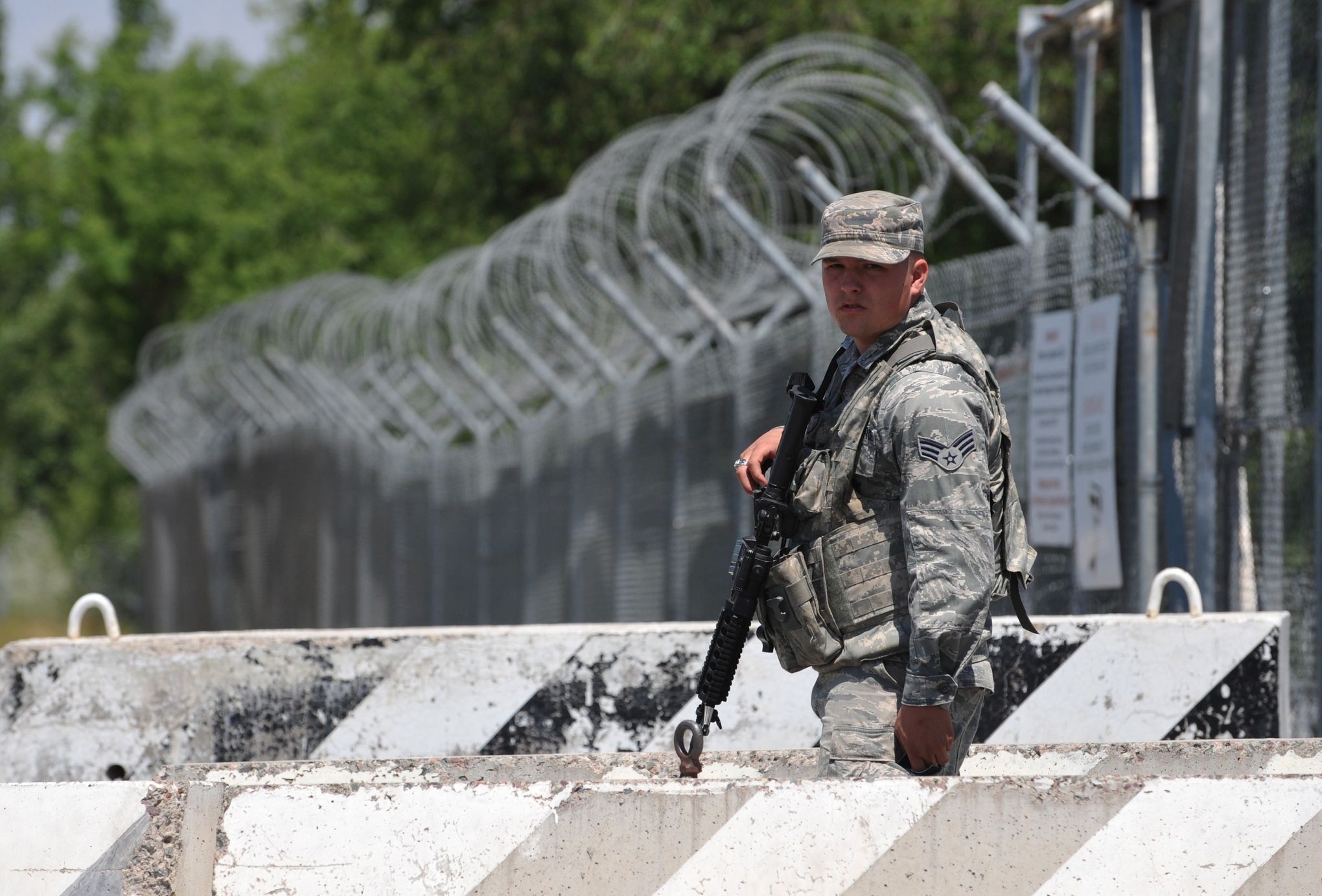 NBC reports that the Army "is preparing to launch inquiry into circumstances and personal conduct of Bergdahl disappearance and capture." Theoretically, that could lead to a court-martial for desertion, but the administration is downplaying the possibility.

Deserters are rarely caught and tried. The maximum punishment during a "time of war" is death, but that seems very unlikely to happen. The next-highest punishment is five years imprisonment.

4. The released Taliban were big deals before their detention, and they're going to Qatar now 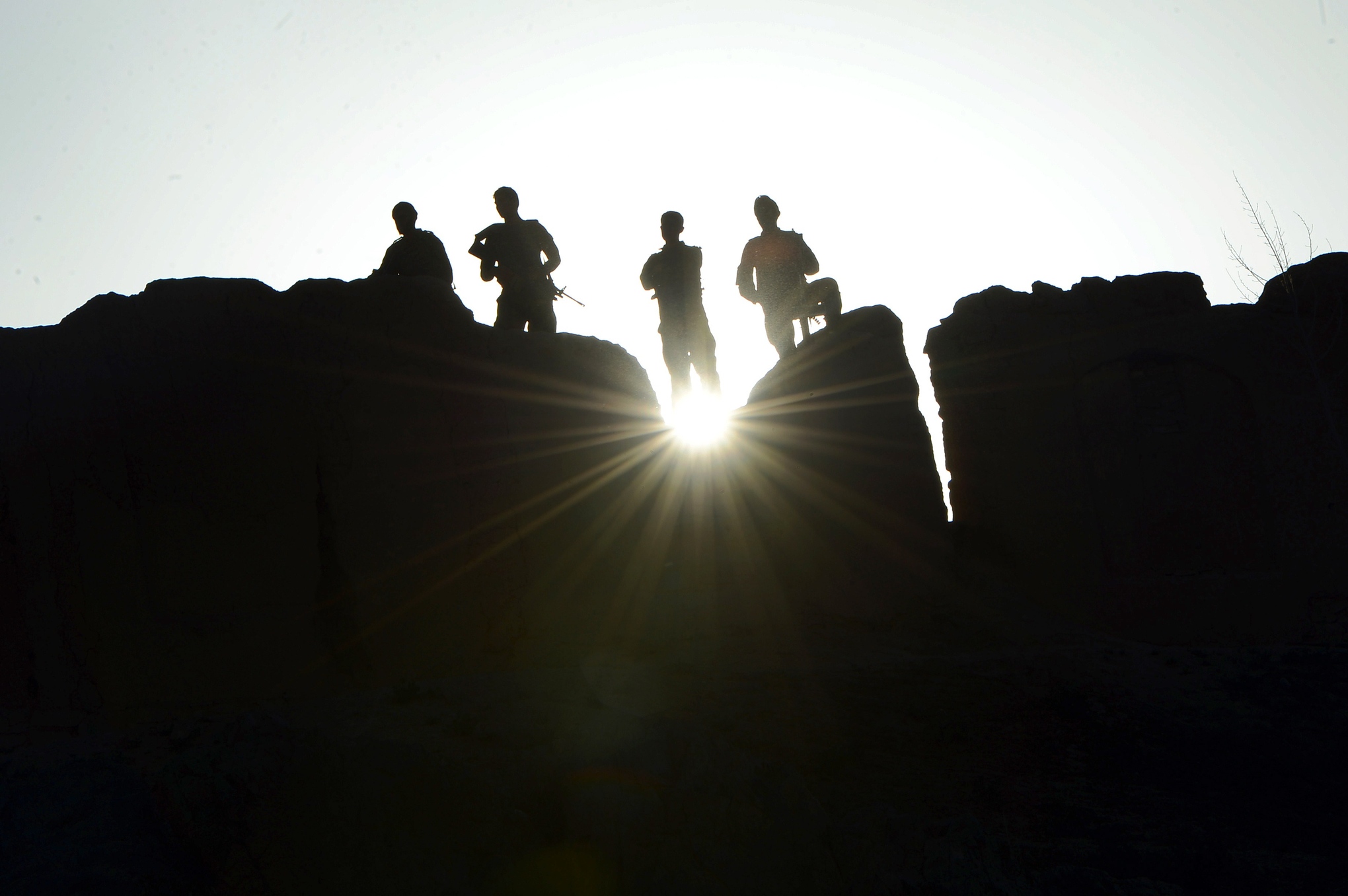 The names of the five Taliban leaders released in exchange for Bergdahl are Khair Ulla Said Wali Khairkhwa, Mullah Mohammad Fazl, Mullah Norullah Nori, Abdul Haq Wasiq and Mohammad Nabi Omari. All save Omari were fairly important Taliban leaders. For instance, Fazi was a leading Taliban commander during the initial 2001 US-led invasion of Afghanistan, and Khairkhwa was the Taliban's interior minister when it controlled Afghanistan.

However, they aren't going straight back to the battlefield. Qatar, which brokered the deal between the US and the Taliban, will keep them inside its borders for at least a year. American and Qatari intelligence will monitor them to ensure they don't join up with any extremist groups.

5. Obama may have broken the law by making the deal for Bergdahl 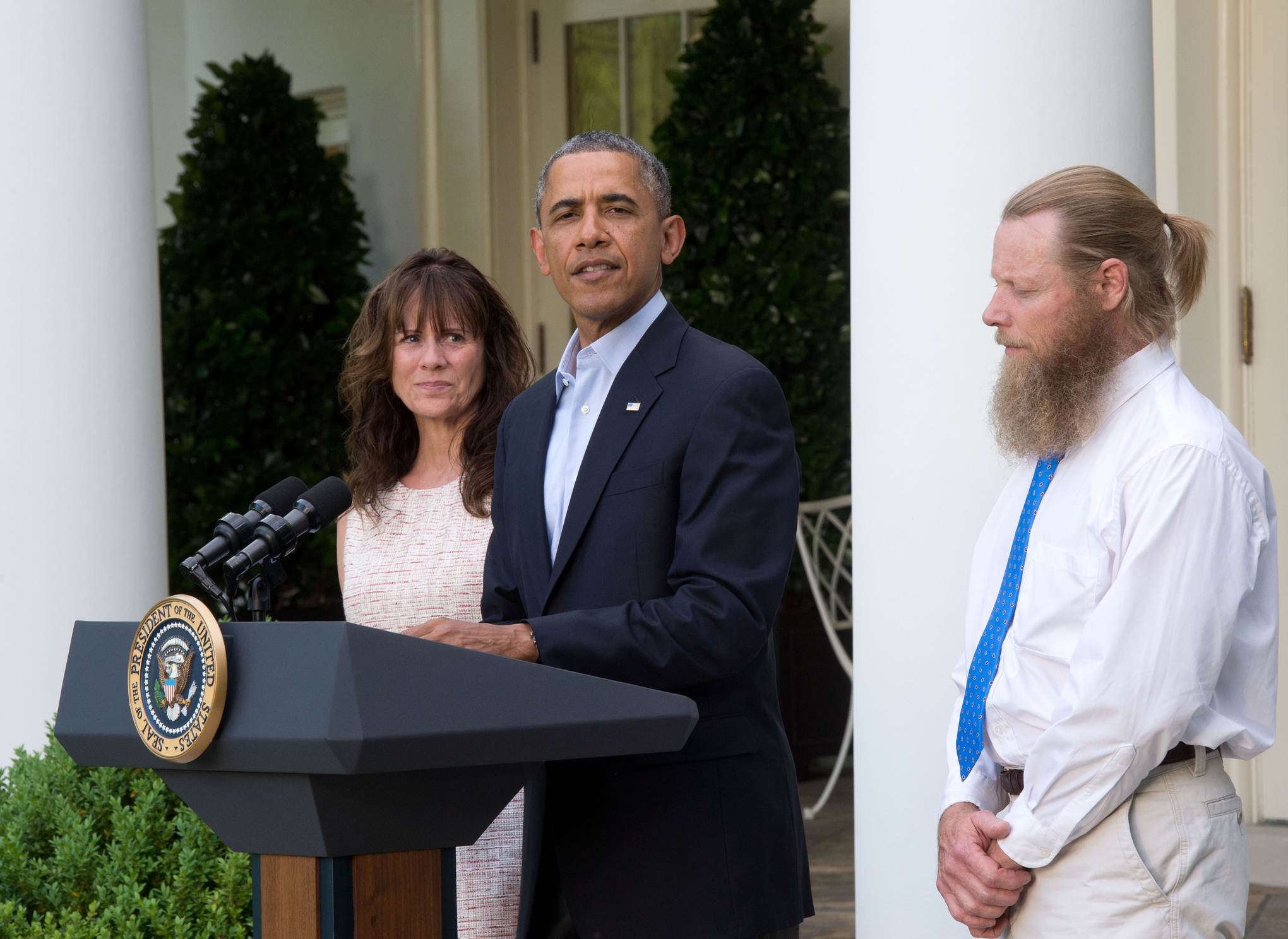 Section 1035(d) of the 2014 National Defense Authorization Act requires the president to notify Congress 30 days in advance of freeing any Guantanamo inmate. Obama didn't do that. On a plain reading, the deal to release Bergdahl seems obviously illegal.

The administration, naturally, dissents. They're arguing that a "signing statement" that Obama made on the NDAA — essentially a unilateral presidential comment on a law when it was signed — explained that he could circumvent the notification requirement if "the transfer would secure the release of a captive U.S. soldier."

So far, independent observers are pretty skeptical of the administration line. Jack Goldsmith, a Harvard law professor who's relatively supportive of executive power claims, notes that Obama himself decried this use of signing statements to circumvent clear statutes in 2007. Goldsmith's clear explanation of the issues at stake here is worth a read.

6. Republicans are treating this as a major political issue

Much like Benghazi, the Bergdahl issue reinforced some negative Republican views about Obama. Republicans see the Obama administration as both lawlessly authoritarian at home and too willing to appease enemies abroad such as the Taliban. A dubiously legal prisoner exchange for a likely deserter fits the portrait perfectly.

So since the deal was announced, Congressional Republicans have hammered Obama on it. "I do not think the way to deal with terrorists is by releasing other violent terrorists," Senator Ted Cruz (TX) said on Sunday. "The release of five mid- to high-level Taliban is shocking to me, especially without coming to Congress. It says in the law you have to notify Congress," Rep. Adam Kinzinger (IL) added. Taliban leader "Mullah Omar has his cabinet back," Senator John McCain (AZ) announced.

The House Armed Services Committee has already scheduled closed hearings on the topic. Republican strategists are setting up interviews with members of Bergdahl's platoon who criticize him on the record. Whether Republicans take this further remains to be seen.

7. Bergdahl's dad is part of the political controversy

The political controversy doesn't end with Bowe Bergdahl. His father, Bob Bergdahl, has been dragged into the hubbub.

The big problem is this now-deleted tweet from Bob to a Taliban spokesman, where it sounds kinda like he's praying for the US to be punished for "the death of every Afghan child." 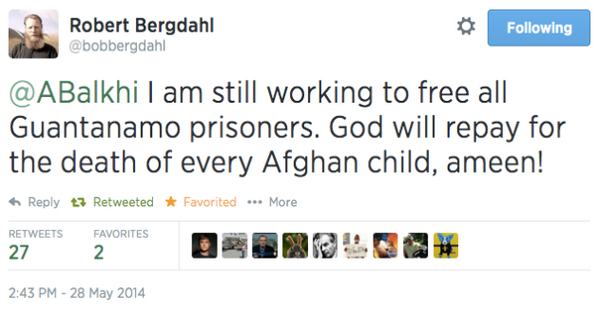 As the Washington Post's Abby Phillip explains, this is taken out of context. Bob had become an activist for the release of prisoners of war during his son's detention, and he personally reached out to the Taliban to try to free Bowe. So this is probably more an attempt to be diplomatic than anything else.

Nonetheless, Bergdahl's overtures to the Taliban have furthered the perception that Bergdahl is disloyal and unworthy of the price Obama paid for the freedom.

This is the weirdest point in the whole political controversy. For obvious reasons, Republicans aren't saying an American soldier should have been left to die in Taliban hands. They also don't really have an concrete alternative plan for how he should have been freed, understandably so as that'd be hard to put together so quickly after the news broke.

The GOP criticism, instead, focuses on the way Obama freed him. Whether too many resources were spent on his rescue, comments suggesting he was a war hero on news of his release, or the legality of the deal. The debate isn't (yet) a debate over two competing policy options so much as the appropriateness of the administration's conduct.

Was Tuesday’s testimony a political breaking point for Trump?

How blue cities in red states are resisting abortion bans

Black women will suffer the most without Roe