Share All sharing options for: The American love affair with building more bathrooms

Construction of new houses has only barely started to pick up since the housing collapse, but the new homes that are being built are hitting record sizes. The U.S. Census Bureau released new data on new single-family home construction on Monday, and it showed that those new homes cover more ground and accommodate more people (and bathrooms) than ever before.

Lots and lots of space 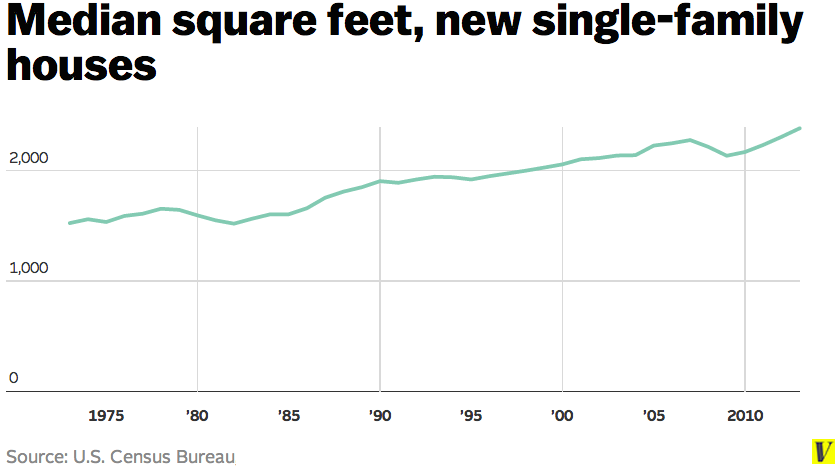 The new American house is roomier than any other year on record. The median size of these newly built single-family houses was at nearly 2,400 square feet as of 2013, around 50 percent bigger than 40 years ago. The average for 2013 was even larger, at 2,600, meaning there are some mammoth houses at the upper end pulling that average up as well. 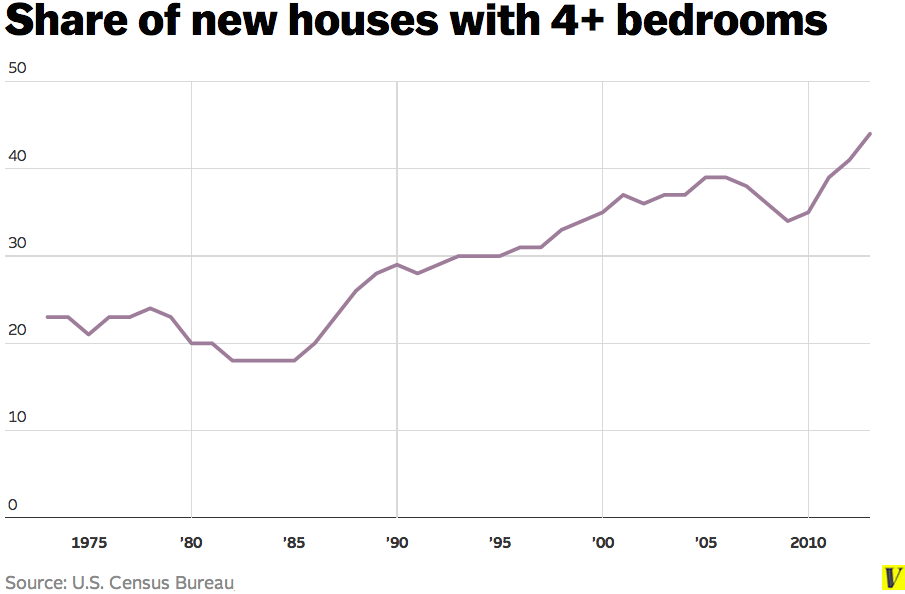 One big reason for all of that new square footage is more and more bedrooms. Nearly half of all new homes — 44 percent — being built right now have four or more bedrooms (the largest category the bureau tracks). That's around double the share in the 1970s.

And lots of bathrooms 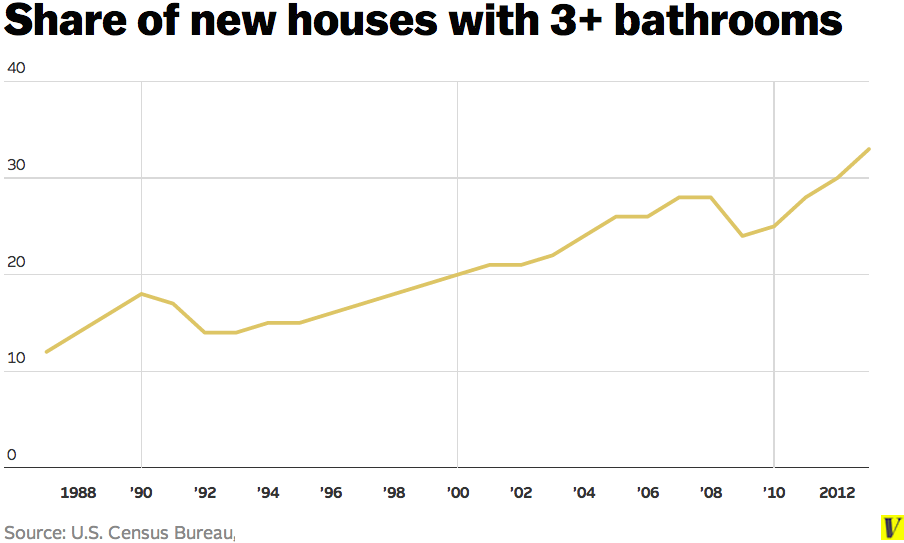 Among those new houses, around one-third have three or more full bathrooms (the biggest category the bureau tracks). That's roughly triple the share that there were in the late 1980s, when the Census first began tracking this statistic. 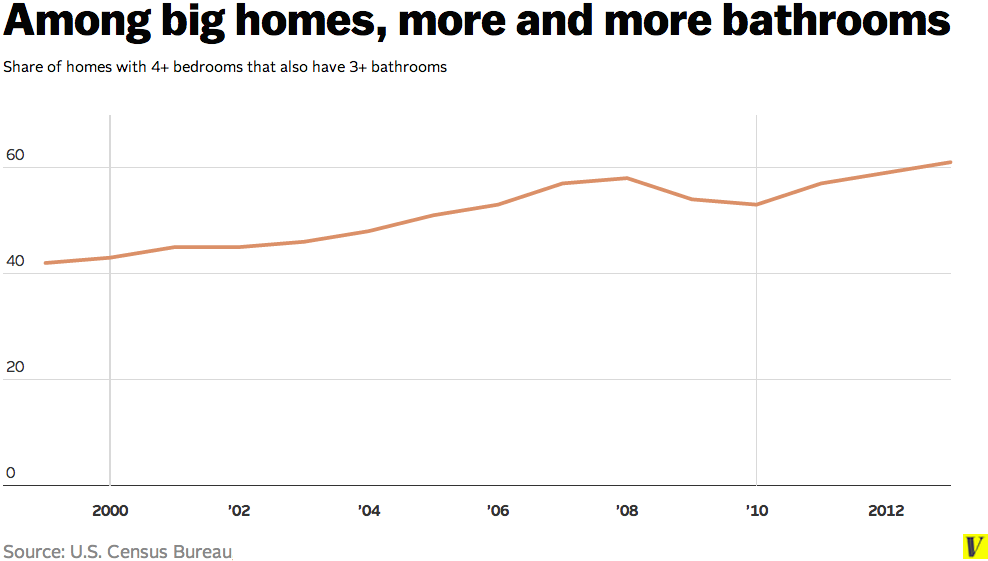 But not a lot of new houses 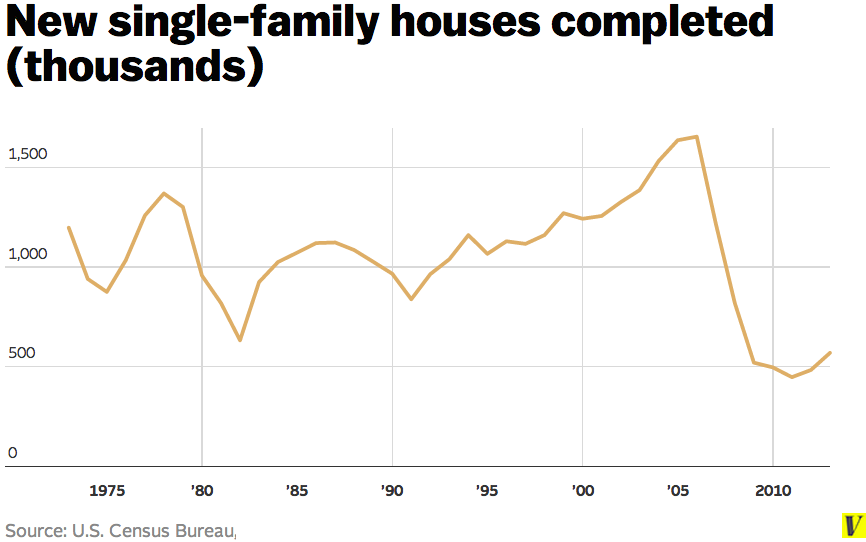 There is some evidence that a lot of the demand in the housing market right now is coming from wealthy, cash-only buyers, a sizable share of whom are purchasing second homes. So as the market recovers a bit more, it may be reasonable to think the opulence of new homes could return to earth a bit.